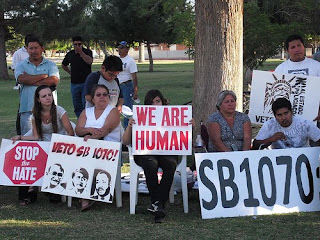 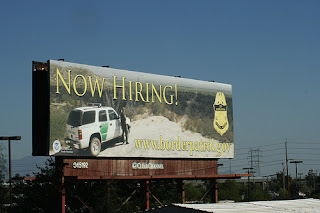 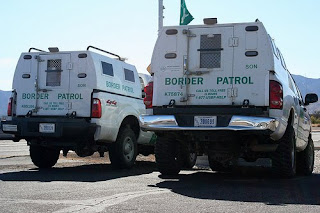 LAST BEST CHANCE                           C
aka:  The Senator’s Bargain
USA  (100 mi)  2010  d:  Michael Camerini and Shari Robertson
Part of a 12 segment piece of television journalism called How Democracy Works Now, this is a film largely for history buffs only, people who are interested in seeing the legislative process develop through a series of closed door, offscreen, backroom Senate sessions of supposedly bipartisan horse trading from the perspective of those who are just outside the legislative chambers, who spend all their time analyzing and evaluating discussions of which they were not a part, and then having to devise various national strategies on what to do next.  As seen through the eyes of a group of lobbyists working to provide justice reforms for immigrants, who work closely with Massachusetts Senator Edward Kennedy, this material is entirely outdated and consists exclusively of 4-year old news, following the proceedings of an attempt at Immigration reform in 2006 during the Bush Administration, where initially Arizona Republican Senator John McCain and Kennedy worked out a bipartisan outline of a restructuring of the Immigration Act, which was Senator Kennedy’s first piece of legislation that he helped pass during his initial year in the Senate in 1965, a reform that opened up the doors and allowed a much more diverse population to enter the country legally, mostly consisting of lower wage scale workers and their families.  Since 9/11, however, the Bush Administration was pushing to shift the priorities to border enforcement, where more money would be spent to prevent immigrants from coming in and on deportation proceedings, while Kennedy was recognizing the worth of those 12 million working families who were undocumented, attempting to offer them a path to legalization, where they would not have to hide in the shadows any more subject to the wrenching family divisions where U.S. born children are separated from their undocumented parents, who could at any moment be whisked away on a plane out of the country.  Many of these kinds of cases were making headlines as the Bush Administration was stepping up more raids both at places of employment and in the family homes, where getting tough on immigration was the latest Republican strategy.
Since all of this takes place four years before the film was released, there’s an odd sense of time displacement, as the shape of the world has changed considerably since this was filmed, even as it was being filmed, so while the issues being outlined are certainly relevant, the arguments have shifted away from Kennedy’s views, where since his death, there is no one left to champion his position.  With a Democrat in the White House, the tone on Federal immigration raids is considerably more low key.  However, when McCain chose to run for the White House in 2007, his views on Immigration became more partisan, all but taking the bill off the table.  But the White House brought it back along with another Republican co-sponsor, the other Arizona Republican Senator, Jon Kyl, who pushed the border enforcement issue and also a radical change in the point system, where immigrants already speaking English were given as much as 5 times higher priority, basically excluding the African and Latin American populations, where the unspoken word of race creeps back into the picture.  While the Latino leaders are eloquently seen attempting to raise the tone of the argument above racial divisions, they got hammered by the Republican right on Talk Radio and Fox News who labeled the path to citizenship amnesty, which they defined as a get out of jail free card.  On Bill Reilly’s show, conservative pundit Ann Coulter could be seen leveling her denunciating claim:  “Who cares if they’re living in the shadows?  They’re illegal!!”
While the film does follow the behind-the-scenes actions of well intentioned people who are staunch admirers of Kennedy, who are visibly moved when he makes one of his great oratories on the floor of the Senate in support of the bill, resorting to his “Now is the time, this is the moment” theme, but even as he spoke, the mood of the nation was shifting farther and farther to the right, where non-English speaking immigrants were being associated with terrorists and derogatory stereotypes became the talking points of the Republican Party.  The film all but ignores this changing face of Republicans, where Tea Party advocates don’t even exist yet, but xenophobia is rampant within the foul-mouthed bigots of the nation, heard daily spouting off their venom on Talk Radio, or even at Presidential candidate town hall meetings.  Not to be ignored is the progressive wing of the Democratic Party who continue to believe they are being outflanked by the right, and that’s because they are, as they continue to advocate for positions that have dried up long ago and where they simply don’t have the votes anymore even within their own party.  When Kennedy attempts to navigate intact a compromise bill to passage by cutting off the debate, where those wishing to kill the bill keep offering amendments that are designed to strip the heart of the provisions, history always seems to have the last word.  There’s something terribly sad about seeing Kennedy in such a deteriorating medical state in the latter stages of his life, as his death is not even mentioned.  While the film wears its heart on its sleeve, barely ever enunciating opposing views, instead relying exclusively on advocates focusing on a very narrow field of what would today be seen as progressive social issues.  The movie is depicted as an ascending picture of one more great climb of the mountain, where instead of reaching the mountain top, these little back door discussions that attempt to shape the social fabric of the nation are mere footnotes of an idealized dream that never happened.
Posted by Robert Kennedy at 1:41 AM