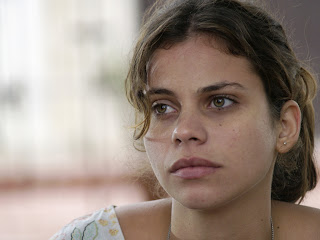 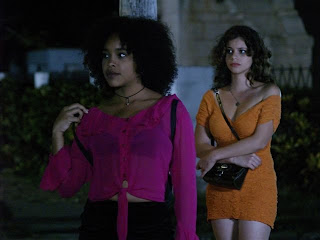 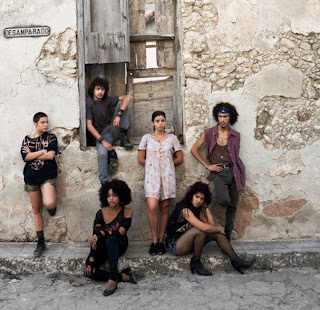 TICKET TO PARADISE (Boleto al paraiso)        D
Cuba  (88 mi)  2011  d:  Gerardo Chijona
You never know what you’re getting out of Cuba these days, but this is little more than an after school special, the kind they used to play in the afternoons dealing with relevant social issues, something to help instill values on today’s youth.  This is a look at the AIDS crisis in Cuba, mixing it with the heavy metal drug culture, offering a glimpse of Cuban youth that feels right out of the 1980’s.  Cuba has always lagged behind the rest of the world when it comes to human rights, barely tolerating certain “undesirables” among their culture, like homosexuals or the mentally ill, something they once considered one and the same, also social outcasts or jailed criminals they tend to exile or export to the USA, as on the Mariel boatlift, where they attempted to eradicate from their society the scum of the Cuban nation, while here they’re patting themselves on the back for acknowledging the existence of a drug culture and an AIDS crisis more than 30 years after the fact.  Very much contrived to fit someone’s idea of youth, this utterly stereotypical movie uses loathsome and abusive adults as a means to create a sympathetic portrait of kids being driven to the streets where they form their own family community.
Eunice (Miriel Cejas) has a father that won’t keep his hands off of her, so she runs away, reluctantly hooking up with a group of “freakies” about her age, boys with long hair and a love of heavy metal, but they relentlessly call her “the hick,” as she’s a naïve and innocent country girl uninitiated in the ways of drugs, alcohol, and sex, not to mention music, all of which make her something of a square in their eyes, but she’s pretty, so all is forgiven because Alejandro (Héctor Medina) is interested in her.  Joining this little communion isn’t easy because women are expected to pay their way by performing sexual favors for pick up cash with people they meet along the road.  What especially rings untrue about this portrayal is that the idea is coming from the women themselves, as if this is their idea of a liberated sexual expression, while what they’re really doing is subjecting themselves to all manner of creeps, perverts, or other abusive men, the same kind they’re running away from.  So while they dress up in sexually provocative clothing, this seems more to titillate the viewer than add any relevance to the story.
More damning is a friend they run into who has AIDS, but is not exhibiting any symptoms, not a single lesion anywhere on her body and she has a nude scene, as the kids have an idyllic get high and get naked on the beach party scene, where they’re obviously not paying attention to sexually transmitted diseases.  The girl mentions a hospital for AIDS patients that feels like a paradise for the homeless, as they offer you a home and provide food and health care, something that tantalizes Alejandro, who gets accepted into the program, as he’s the only one who tests positive for the disease, but soon discovers the reality doesn’t meet the dream, especially when he sees his friend withering away and near death.  This is all too simplistic, where the storyline with Eunice is the only compelling portrait, where Miriel Cejas is stunning, while the rest are mere stereotypes that don’t reflect the wit or wisdom of street kids, who would likely be far more intelligent about the implications of AIDS than shown here.  Nonetheless, the film does make an attempt at a portrait of disaffected youth, but its complexity appears targeted for 10 to 12 year olds.
Posted by Robert Kennedy at 12:14 AM