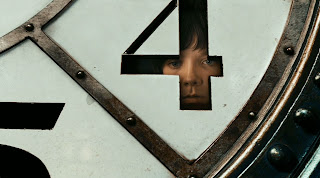 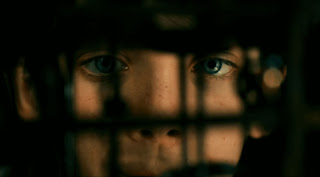 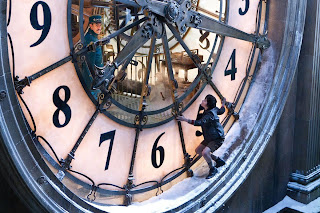 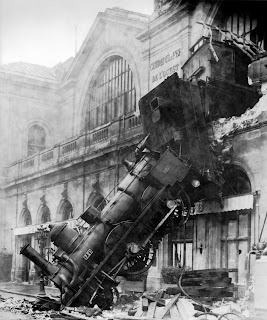 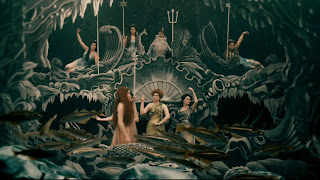 Saving the best for last, through a series of spectacular flashback sequences, the grumpy old man, Isabelle’s godfather, is none other than George Méliès, one of the founding fathers of cinema, who around the turn of the century made a collection of moving pictures that specialized in magic acts and special effects, like disappearing heads or dancing skeletons, flying objects, missiles to the moon, mermaids and underwater sea creatures, all of which Scorsese lovingly recreates here and were thought destroyed during WWI when movie interest waned and Méliès was forced to sell his celluloid prints, as requisitioned by the Army, which melted them down for the liquid contents in making boot heels.  With Hugo’s rabid interest in rediscovering these films, Scorsese has a field day bombarding the viewers with a mesmerizing collage of turn of the century films, updated in 3D, offering special visualizations never before seen or even imagined.  This is a bonanza of unique discoveries, nothing less than spectacular, including hand print colorizing, something Guy Maddin used to love to do, offering a one-of-a-kind glimpse into the birth of cinema as conceived by none other than America’s reigning film historian.  This is a child’s adventure story where the world of adults is threatening and occasionally hurtful, but one that’s constantly changing and inventively different, that offers a chance at real discovery, where if you pursue your curiosity in life, you just might find your interests could change the shape and vision of the world.  This is a film near and dear to Scorsese’s heart, as who would have thought some kid from the Little Italy neighborhood in New York City, where he witnessed firsthand how gamblers and mobsters ran their underworld rackets, would end up becoming one of the foremost film historians and preservationists, not to mention one of the premiere artists of the past century.  This is a spellbinding trip to the movies that becomes an excursion into the history of movies itself—delightful.
Posted by Robert Kennedy at 1:41 AM