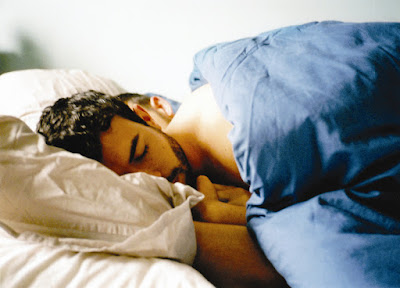 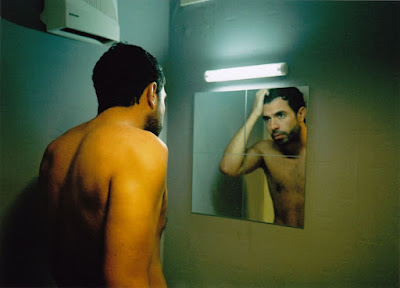 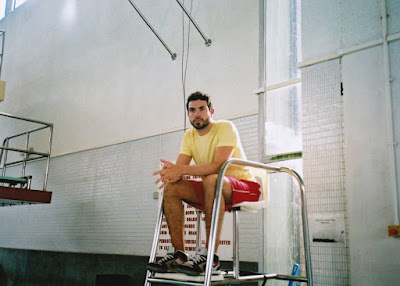 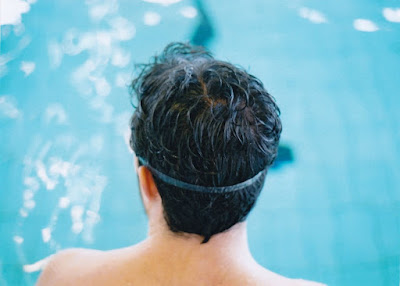 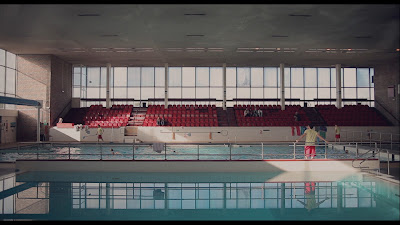 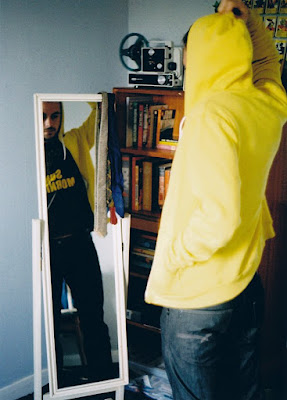 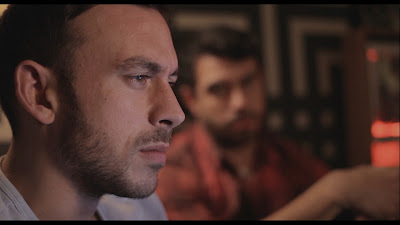 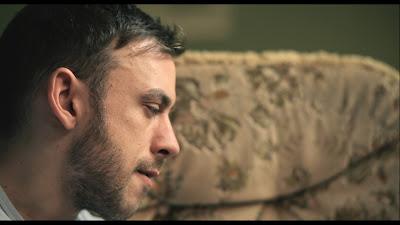 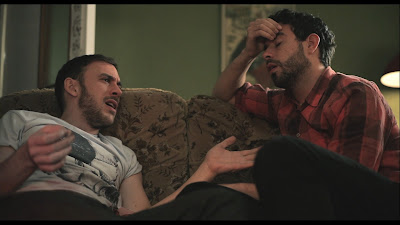 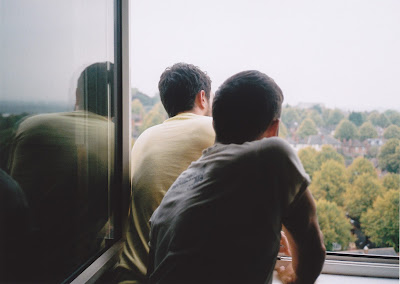 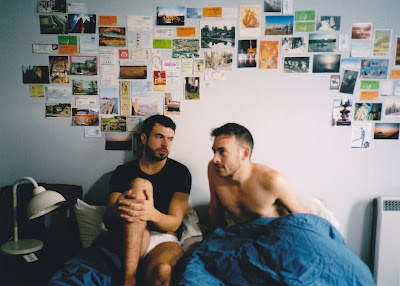 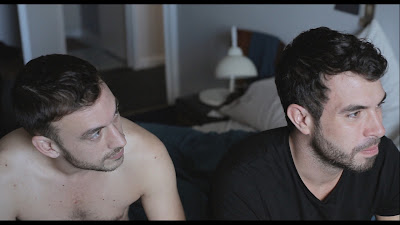 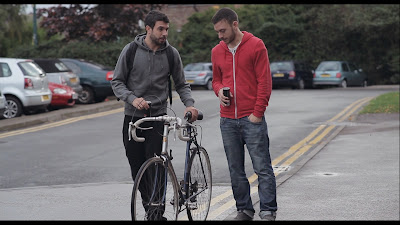 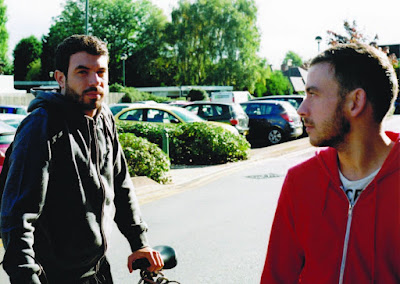 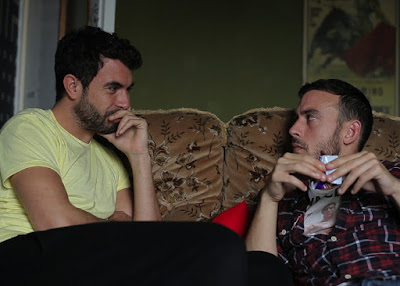 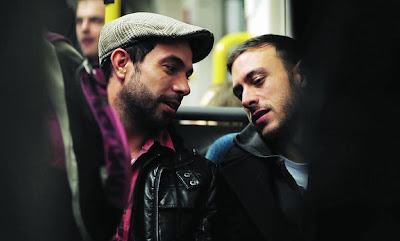 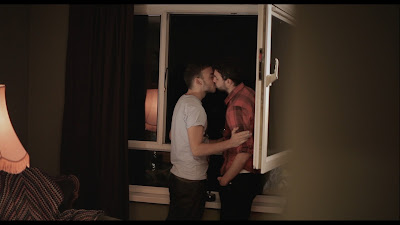 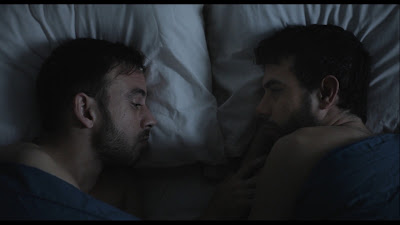 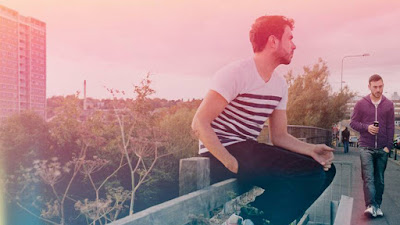 Shot in 16 days with a crew of just 15 people, this is one of the best low budget indie gay films in years, about as authentic a portrait of being gay as you’re going to find, intelligently written by the British director where none of the dialogue feels forced, feeling like something out of the Mumblecore vein, where over the course of a few days two guys spend time together and eventually fall in love.  Meeting in a bar, a one-night stand turns into something more, complicated by the fact one of them is leaving for America the next day and is not expected to ever come back.  Perhaps the most predominate theme is one of solitary isolation, the feeling of always being alone, even in family events, parties, work, public places, friendships, and most love affairs, where more than half end up going their separate ways, like ships passing in the night.  Tom Cullen is superb as Russell, an unpretentious, soft-spoken guy in his twenties living in the tenement housing projects where the sterile atmosphere outside is gray and drab, pictured frequently in near still shots.  However the view from his 14th floor window seems to brighten the mood in his apartment so he doesn’t feel so restricted and confined inside such close quarters, as Russell appears used to spending time there alone.  But he’s a free spirit, seen drinking and getting high with family and straight friends after a Friday evening dinner together, then cruising a gay club afterwards where just the decibel level alone is enough to knock your ears off, where everything is about the look, exploring your territory, zeroing in on your prey, where he wordlessly finds Glenn (Chris New), stumbling home together for drunken sex before they really only discover one another the next day when they actually have a chance to talk and get to know each another.

What’s immediately clear is this is no Gus Van Sant film, as these guys aren’t models or pretty boys, but just ordinary looking guys with inquisitive minds, where their conversations and sexual experiences together feel comfortable and authentic, where their views on sex are immediately fleshed out, as Glenn is an artist who enjoys recording the voices of his lovers the next morning, asking whether the reality meets their anticipated expectations, suggesting how one approaches an affair is like a blank canvas, where what you end up with may not be what you wished for initially, but how you deal with the difference reveals what kind of person you are.  Russell is shy and embarrassed to talk about such intimate details, while Glenn is developing his thesis that gay people never talk about sex in public because they are too ashamed.  Russell is out, but not with everybody, where he doesn’t have the fierce determination of Glenn who’s determined to talk loud and graphically about sex as often as possible around straight people, but has no illusions about his art project of a series of morning after voices. “No one is going to come and see it because it’s about gay sex.  So the gays’ll only come to see some cock and they’ll be disappointed, and the straights won’t come because, well, it’s got nothing to do with their world.  They’ll go and see pictures of refugees, or murder or rape, but gay sex, fuck off.” It’s hard not to be drawn to these guys because conventionality about sexual preference is thrown out the window, as this is candidly refreshing stuff about whether or not people are happy enough.

Glenn has to acknowledge, however, that he’s running off to Portland, Oregon to take an art class, but if interested, they can keep seeing each other until it’s time to go, inviting him to a bar that evening for a gathering of many of his friends.  The color scheme of reds and yellows are beautifully blended together in their initial encounters, with closely observed cinematography by Urszula Pontikos, who’s fond of a repeated high overhead shot of Glen leaving the building, walking alone, a stark image of singularity.  Russell works as a lifeguard at a local pool, another example of how isolated people can become in public places, and how only a daring few have the nerve to show affection.  The party is at a straight bar (because it’s more fun!), where Glenn can hold court about his neverending sexual adventures, but the two of them hit the streets and scamper off into the night.  These guys are not bashful about plying themselves with all manner of drugs and alcohol, yet they endearingly struggle to get real, to talk about things that matter, where what the other guy feels makes a difference.  While never evolving into the profound depths of novelistic complexity, these guys simply enjoy spending time together where it’s obvious they’re having an effect on each other, while offscreen the filmmaker allows the sound of catcalls or hate speech to occasionally interrupt moments of intimacy, like an everyday reality.  The writer/director also edits this film with minimalist simplicity, a beautifully conceived day-in-the-life film where there’s not a false step anywhere in the movie, including the choice indie music from James Edward Barker, including John Grant’s “I Wanna Go to Marz” John Grant - I Wanna Go To Marz  YouTube (3:57) which plays over the closing credits, where there’s nothing searingly dramatic or theatrically contrived other than the fact that everything in this quietly registering low key film rings true.
Posted by Robert Kennedy at 12:01 AM