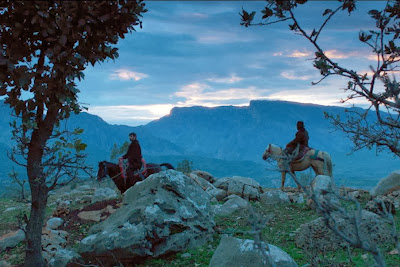 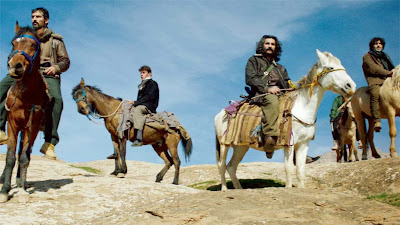 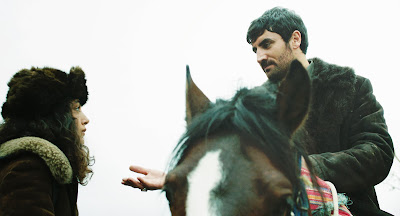 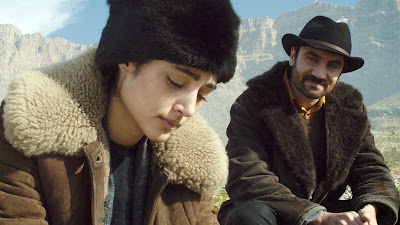 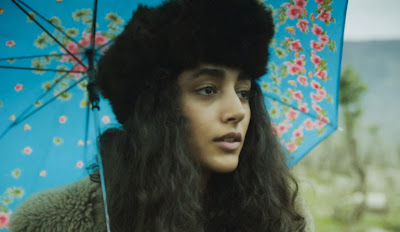 
The War in Iraq cost Americans nearly 4500 casualties, 32,000 more wounded in action, and 175,000 Iraqi’s dead, not to mention 3.5 to 4 trillion dollars spent, a heavy price to pay for the disposal of Saddam Hussein, where what we got out of it was a tenuous democracy, at best, and, at least judging by this effort, we now get Hollywood style genre films out of Iraq.  We have seen films dealing with the Kurdish border regions coming from Bahman Ghobadi, an Iranian Kurdish filmmaker, in particular A TIME FOR DRUNKEN HORSES (2000), set on the Iran-Iraq border, and TURTLES CAN FLY (2004), the first film to be made in Iraq since the fall of Saddam Hussein.  Hiner Saleem, however, is the first Iraqi filmmaker, also of Kurdish ethnicity, to successfully export Iraqi films in international festivals, playing at the Un Certain Regard at Cannes, while winning the Gold Hugo Best Picture prize at the Chicago International Film festival, where the jury described it as “a refreshing film that uses different genres in an original way to deal with important issues.”  Something of a spaghetti western that opens with gallows humor, the film is set in 2003 right after the fall of Saddam Hussein as the new Iraqi regime can’t even conduct their first hanging properly without making a mockery of the ordeal, where, lacking official resources,  the criminal was forced to stand on an upside down ballot box.  Disgruntled by the bumbling lack of efficiency, former war hero and Kurdish freedom fighter Baran (Korkmaz Arslan) leaves city administration and returns home to his village.  But he soon tires of his mother continually arranging blind dates for tea, each with a renewed attempt to marry him off, so he returns to work where they send him to be the first policeman in the Kurdish hinterlands, a remote, no man’s land region in northern Iraq along the Turkish border.  It’s a 3-building town with only two phones consisting of a ramshackle police station that is in a state of disrepair, a local elementary school, and a town saloon called Pepper Land that also passes as a hotel.


In the event the audience couldn’t figure out the subversive tone of Westernized humor interspersed throughout the film, what spells America better than Elvis Presley?  One of the more curious moments is seeing Baran barreling down the highway in his convertible with Elvis on the stereo blaring “(You’re So Square) Baby I Don’t Care” Elvis Presley # Baby I Don't Care (Jailhouse Rock)  YouTube (2:02), finally free again of his mother’s clutches.  But due to a damaged bridge on the road, he’s forced to go the rest of the way by horseback, which immediately sets the tone for homages to Clint Eastwood in his Man with No Name, Sergio Leone era.  Along the way, of course, he picks up the young heroine of the movie, Govend (Golshifteh Farahani), a 26-year old unmarried beauty with an independent streak, a school teacher defying tradition, forced to fend off her father and dozen brothers just to get there, as they fear for her alone in some backwater outpost.  Intrigue mounts when the school is locked, as this also prevents her from reaching her room in the back.  Forced to try the saloon, apparently no honorable Muslim man would allow a single woman a room for the night (the mind boggles), so Baran gives her a room at the police station, which spreads venomous rumors about their ignoble character throughout the territory.  Enter the man in black, the local warlord Aziz Aga (Tarik Akreyi), only here he’s made to look a bit like Yasser Arafat, wearing the traditional black and white headscarf (keffiyeh) around his head, draped over one shoulder, while toting an automatic weapon.  This is a director that is freely playing with stereotypical images, interjecting Western movie lore for absurdly dark humor, much like Palestinian film director Elia Suleiman in DIVINE INTERVENTION (2002), continually poking fun at the ingrained perceptions of cultural ignorance, which are largely a result of decades of isolation and political oppression.  Yet what the film does hold close to its heart are the rugged Kurdish landscapes, beautifully captured by the cinematography of Pascal Auffray, who normally works with Mia Hansen-Løve.


While the Kurdish population is divided between the borders of Iraq, Iran, and Turkey, Aziz Aga transports stolen black market goods through the mountainous borderland regions, indiscriminately selling arms, alcohol, and medical supplies, literally cornering the market, forcing customers to pay exorbitant prices while local villages go without medicine.  While this is a lesson in capitalism, it’s also corruption of the highest order, where a band of female Turkish resistance fighters also roam the mountains, occasionally engaging in skirmishes with Aziz Aga for needed medicine.  The warlord hides under the banner of moral authority, calling the women infidels and greedy whores for daring to interfere, and when he learns of Baran’s attempt to legitimize the law under anyone’s rule other than his own, he spreads rumors of their unholy alliance under one roof in an attempt to drive them both out of the region.  Govend can’t teach if no one sends their children to school, and Baran’s law is useless if no one obeys.  Aziz Aga and his ruthless band of cutthroats rule by fear and by hoarding goods, as they have for hundreds of years, while Baran and Govend are committed to new and unproven concepts in the region, such as childhood education and the restoration of law and order in a war damaged country.  Amidst this chaotic scene, a discreet romance blooms between the two outsiders mysteriously brought together under differing circumstances, but sharing common goals.  The broadly outlined themes may be overly obvious to western eyes, as is the subversive spin on female empowerment, which is all but missing in Islamic countries.  While the film does feel broadly over simplistic, it amusingly introduces liberating concepts that go against the grain of Muslim traditions, where it will likely play better in the West than in the Kurdish regions of Iraq, which are the areas worst affected by illiteracy in Iraq, higher in the rural areas (25%) than urban areas (14%), where illiteracy among women (24%) is more than double that of men (11%).
Posted by Robert Kennedy at 3:06 PM