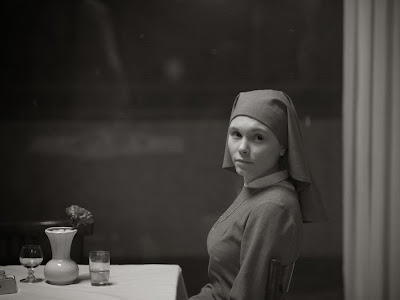 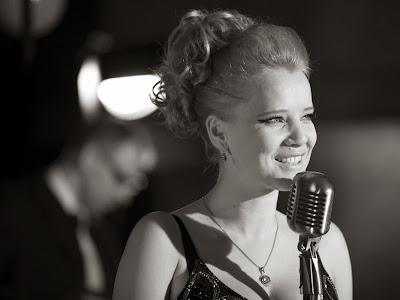 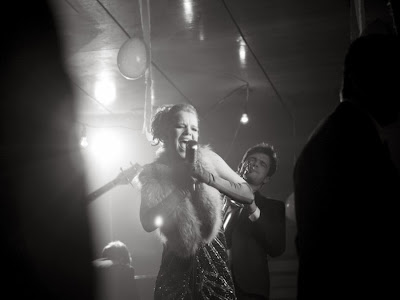 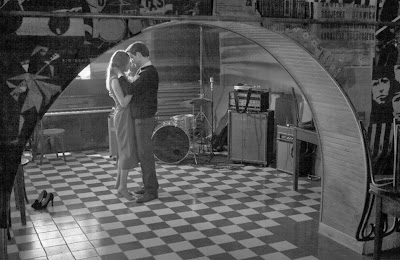 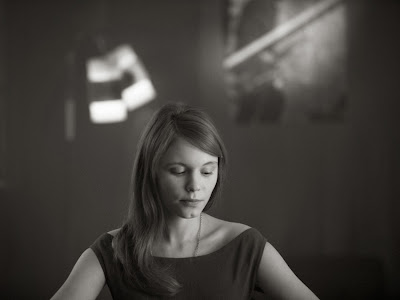 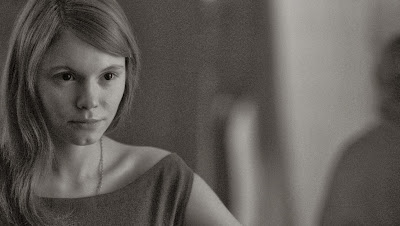 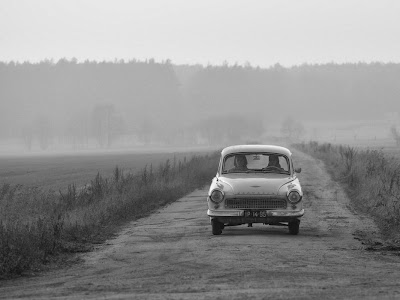 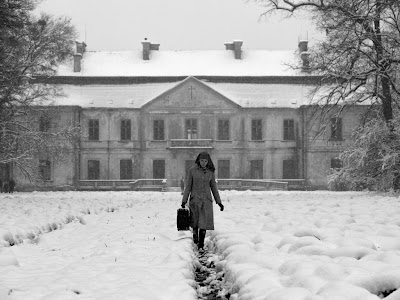 Do you have carnal thoughts?  You should try, otherwise what sort of sacrifice are these vows for you?            —Wanda (Agata Kulesza)

Unlike the literary hallucinations of The Woman in the Fifth (2011), where reality is so absorbed into the consciousness of the imagination where the lines between fact and fiction are blurred and indistinguishable, this eye-opening film harkens back into a different era of filmmaking and is the first film the director has made in his native Poland.  Spectacularly shot in Black and White, mostly by Lukasz Zal (after Ryszard Lenczewski dropped out) in his first feature film, the early 60’s postwar setting in Poland is brilliantly captured, becoming one of the more original Holocaust movies ever made, largely due to how history is so underplayed, where the subject is approached through a highly personalized character study of estranged relatives who don’t entirely like or even trust one another.  Agata Trzebuchowska is Anna, a non-professional spotted with her nose in a book at a Warsaw café (where a photo was sent on a smartphone to the director in Paris for approval), playing a shy teenager raised as an orphan in a convent.  Before she’s allowed to take her vows, however, the Mother Superior instructs her to visit her aunt, her only known relative, even though her aunt refused the church’s request to take Anna out of the orphanage.  The bleak look of the convent in the snow is not a welcoming sight, depicting a harsh rural life of sacrifice and deprivation, beautifully shown by Anna’s beaten up suitcase held together by a belt as she embarks into the world.  The director builds the story visually, using little to no dialogue, and a still photography 4:3 aspect ratio showing a self-contained world captured in the narrow confines of each shot, where the spare imagery adds to the developing mood of understated emotional resonance, as much of the film can be read through Anna’s eyes, a devout religious believer who has had no contact with the outside world, continually wearing her habit, completely unaware of her closeted sensuality, whose innocence exudes a kind of elevated tenderness, where the artful look and design of the film reflects her interior fragility.  Her aunt Wanda, on the other hand, is the polar opposite, a strong and fearless woman with a turbulent past, played by Agata Kulesza, one of the foremost Polish actresses in theater, television, and film, a world weary character in her 40’s, seen dressed in a bathrobe smoking a cigarette while a man in the bedroom is getting dressed when Anna arrives at her door suitcase in hand.

While Wanda is a heavy drinker and smoker who enjoys the company of men, who’s possessed with a sharp critical tongue used to lashing out at others, it’s a stunning clash of moral values, but also personalities, as Wanda is as sharply direct and to the point as any man, a prosecuting judge known as “Red Wanda” for having prosecuted so many “enemies of the people” for the communist regime during Stalinist purges in Poland.  Wanda is used to comical effect, showing brilliant Kafkaesque wit, yet she’s also brutally honest, instantly cutting through any pretense (“So you’re a Jewish nun?”), where she’s a perfect fit for the dark edgy humor of a Bèla Tarr movie, where the intervention of the church, through Anna, only makes things more absurd.  Anna, it turns out in a startling revelation, was born Ida Lebenstein, a Polish Jew whose father was Jewish, who somehow survived the war by growing up in a Catholic convent, with no memory whatsoever of her family origins, but she’s curious what happened to them.  The two embark on a road movie to uncover a painful piece of history by searching through the rural farmlands outside Warsaw, where the locations are used to stunning effect, as each shot is dwarfed by a mysteriously threatening sky, given almost apocalyptic implications in this personal walk through history, where Wanda cautions Ida before they leave, “What if you go there and discover there is no God?”  Wanda’s character evokes pain and tragedy in every shot, while each shot of Ida reflects the meticulous balance and composition of Vermeer paintings, evoking the near mystical tranquility of Woman with a Water Jug or Girl with a Pearl Earring, where she is benevolent and completely non-judgmental, with both combining to create an incredibly intense effect.  Wanda is surprisingly informative about her childhood recollections, including photographs of Ida’s mother, recalling various childhood incidents, including her sister’s artistic talent in creating her own stained-glass window that she built for a barn when they were living on a farm.  Driving through the empty landscape, they come to a crossroads where they actually pick up a young hitchhiker (Dawid Ogrodnik) who is an alto sax jazz musician playing in the town where they are heading.  His friendly nature is a clue for Wanda to sarcastically advise Ida to lighten up, “You should try carnal love.”  Later that evening, with Wanda already drunk and passed out in bed, Ida wanders downstairs to listen from behind one of the large columns, where the eloquence of the music is hauntingly beautiful, as they’re playing John Coltrane’s “Naima” Naima - John Coltrane - YouTube (4:19).

Joana Kulig is seen briefly as the lead singer of the group, which earlier in the evening was playing more raucous rock ‘n’ roll dance numbers that recall the finale sequences of Buñuel’s classic satires on the Catholic church, VIRIDIANA (1961) or Simon of the Desert (Simón del Desierto) (1965), where even here the sensuous nature of the music has a way of challenging Ida’s devotion to the church, as she’s hearing something she’s never experienced before, creating an avalanche of doubt that leads her to ponder what life outside of the monastery would be like, suggesting there’s a great deal more in the world to learn about, yet at the same time she’s discovering the crushing truth about her family.  Her parents died under mysterious circumstances, where in the small village of Piaski they visit the farmhouse of the neighboring Polish family that presumably protected Ida’s Jewish family from the Nazi’s during the war, but instead could easily have murdered them in order to gain their property, where at one point Wanda, displaying her prosecutorial bluntness, starts a painful argument with someone who may or may not have actually killed Ida’s parents, where the confrontational tone of belligerence and accusation sends Ida outside into the barn with the farm animals where she sees the stained-glass window.  It’s a haunting moment of quiet existential realization, a momentary crisis of faith, as the unvarnished truth is often too painful to hear.  History and the Holocaust are only a backdrop to this story, where Poland’s complicity is a key component, yet it quietly overshadows everything that takes place with an almost unbearable power.  The economical power of Pawlikowski’s direction is nothing less than superb, as are the musical choices that assume a haunting place in the character’s spiritual development, where early on we hear Wanda playing an old phonograph of the spirited final movement of Mozart’s 41st Symphony “Jupiter” Mozart Sinfonía nº 41 "Jupiter" - VPO Bohm (4 de 4) YouTube (6:26).  Later in the film we hear her listening to the more quietly sublime Andante movement Mozart - Symphony No. 41 in C major, "Jupiter" - II. Andante cantabile (Bohm)  YouTube (7:39), where there’s a beautiful musical transition that occurs between Wanda and Ida, where the music literally binds together their souls, assuming the awesome power of salvation and human forgiveness, where the unbelievable tenderness that is shared defies belief.

The subtlety of the film speaks volumes as it delicately contrasts the present with the past.  While on the surface it’s a very simple film about good and evil, yet there are multiple layers of underlying examinations, not the least of which is a perceived absence of God in the Jewish extermination, or in the subsequent Stalinist purges, contrasted against a novitiate nun’s interest in experiencing “the world” before she takes her vows, where the music is positively extraordinary, matching the artistic reach of the cinematography, where the "worldly" music of John Coltrane may have never been put to more expressive use.  The film avoids any ounce of pretense or melodrama, but is starkly realistic and purposeful, recalling the extraordinarily spare and spiritually bleak films of Bresson or Dreyer that question the existence of faith, where art transcends the inevitability of human fallibility, suffering, and sorrow throughout time immemorial.  With the inventive use of a haunting visual scheme, creating a profoundly mysterious and tranquil atmosphere, Pawlikowski makes effective use of unbroken silences in unforgettable, underplayed performances, and a simply glorious use of music that touches on the divine, concluding with Alfred Brendel playing a Bach chorale, BRENDEL, J.S.Bach "Ich ruf zu dir, Herr Jesu Christ", BWV 639 YouTube (3:32).  There are moments of sublime poetry in this film, and exquisite acting, where the implications at the end are left ambiguous.  At only 80-minutes, Pawlikowski’s approach to conventional material is revelatory, where the film is an homage to Eastern European filmmaking of the 60’s, literally rediscovering a lost art since the break up of the Soviet Union, while at the same time providing an elegiac requiem for all those lost during the war, where the slow pace and long static shots are woven into the fabric of this film, which is itself a slow and arduous journey of discovery into the painful realms of the past.