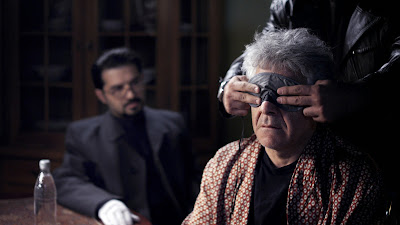 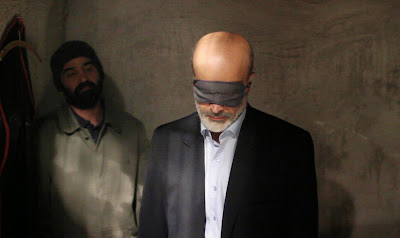 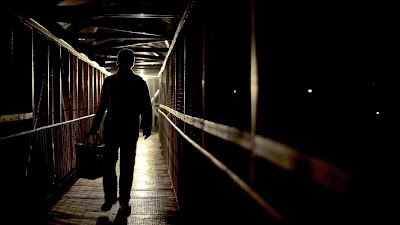 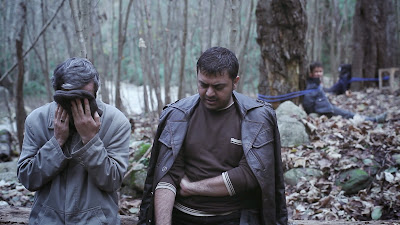 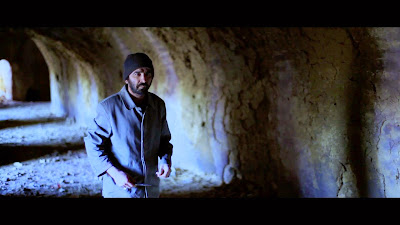 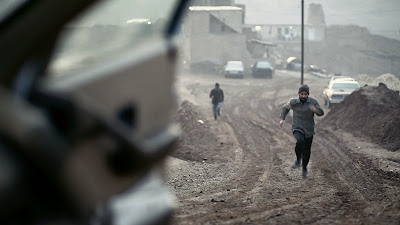 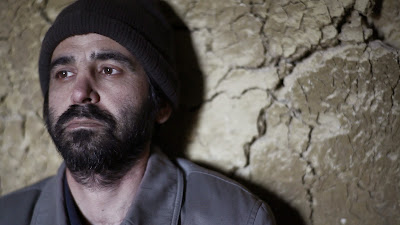 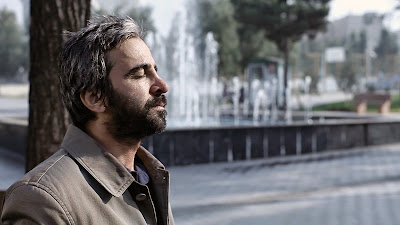 Considering the pervasive influence of Iranian films since the late 70’s, reflecting a revitalized spirit of the post Shah Iranian Revolution, producing such prodigious talents as Abbas Kiarostami, Mohsen Makhmalbaf, Majid Majidi, Dariush Mehrjui, Rakhshan Bani-Etemad, Jafar Panahi, and Asghar Farhadi, it’s more than disheartening to revisit the current state of Iranian cinema.  Since the last disputed Iranian Presidential election in 2009 where it is widely believed President Mahmoud Ahmadinejad stole the election, the government has cracked down on artists and intellectuals who alleged widespread vote fraud while retreating into a totalitarian, police state mentality where freedom of expression has been crushed.  Film director Jafar Panahi was arrested and sentenced to six years in prison and a twenty-year ban on directing movies, writing screenplays, or giving any form of interview with Iranian or foreign media, while Mohammad Rasoulof was also arrested and condemned to six years in prison, which was later reduced to one year, but his passport has been confiscated.  Both have daringly defied the court’s decisions by continuing to make films surreptitiously and smuggling them out of the country.  Much like The Act of Killing (2012), the director’s name is prominently featured in the closing credits of this film while the cast and the rest of the crew remain anonymous.  While Rasoulof’s style has been severely restricted by shooting on the sly, remaining out of sight, with only occasional street shots, unable to produce the ravishing imagery of his earlier films that reflect a visual poetry unto themselves, much of this film is shot indoors.  Like his previous film Goodbye (Bé omid é didar) (2011), a woman’s descent into a psychological nightmare, the repressive conditions expressed here have only grown darker as the noose around the collective intelligentsia has been pulled even tighter.  Written and directed by Rasoulof, what’s most menacing about this film is the shuddering ease with which the government reaches its arms into the lives of ordinary citizens, where the film becomes an expression of the Banality of Evil originally conceived by political theorist Hannah Arendt at the trials of Nazi SS Officer Adolf Eichmann in 1961-62, where she observed a man displaying neither guilt nor hatred, claiming he bore no responsibility because he was simply “doing his job,” writing “He did his duty…he not only obeyed orders, he also obeyed the law.”

Winner of the FIPRESCI prize at the 2013 Cannes Film Festival, the film resurrects a fictional recreation of actual events surrounding the chain murders of Iran that occurred from 1988 to 1998, a series of murders and disappearances of as many as 100 reformist writers, intellectuals, poets, political activists, and ordinary citizens who were critical of the Islamic Republic, where nearly half were discovered afterwards, their brutalized or mutilated bodies found in the outskirts of Tehran, where under a cloud of suspicion and repeated government denials, most of the murders remain unsolved to this day, yet secret government operatives within the Iranian regime were deemed responsible.  Perhaps the most vicious was the killing of Dariush Forouhar, founder of Iran Nation’s Party, with eleven knife blows while sitting on his chair in his study, and his wife Parvaneh with twenty-four stabs.  Their bodies were mutilated and their home ransacked, where Dariush was decapitated while his wife’s breasts were cut off.  In another incident in the summer of 1995 there was an unsuccessful attempt to kill a busload of twenty-one writers en route to a poetry festival in Armenia, where the driver waited until most were sleeping and then attempted to steer the bus off a mountain cliff, jumping out at the last moment.  However one of the passengers alertly grabbed the steering wheel and prevented a disaster.  The driver tried it again a second time, running away afterwards, where the bus miraculously hit a boulder and stopped, preventing a 1000-foot fall.  All of the passengers were interrogated and warned never to discuss the events with anyone.  However the names of many of the assassinated victims were brought to light by the investigative journalistic work of human rights activist Akbar Ganji, who was jailed from 2001 to 2006, Iran's Top Journalist Accuses Authorities of Torture, but wrote a book on the subject, His Red-Robed Highness and the Grey Eminence, naming Former President Akbar Hashemi Rafsanjani, considered the richest man in Iran according to a 2009 BBC News profile, BBC News Profile: Akbar Hashemi Rafsanjani, currently serving as the security advisor and possible successor to the Supreme Leader Ali Khamenei, as His Red-Robed Highness, while Hojjatoleslam Ali Fallahian, former Minister of Intelligence, as the Grey Eminence, with both men implicated in the chain murders, also noting that Gholam Hossein Mohseni Ejeyi, now Minister of Intelligence under Ahmadinejad’s presidency, was also allegedly involved in the assassinations.  In addition, Saeed Hajjarian, newspaper editor and former Minister of Intelligence, believed to have played a key role in providing damaging information about the chain killings, was shot in the head by an unknown assailant on March 12, 2000, where he remains paralyzed for life.

While Rasoulof provides none of this background information, it is front page headline news in Iran where it is presumed to be common knowledge, not that this film will ever be screened in Iran, as it will be viewed almost exclusively by Western audiences and therefore given a decidedly politicized, pro-democracy slant for its daring heroism, yet it is the exact kind of darkly disturbing story coming out of a repressive Iranian regime that plays into the hands of stereotypical Western ideals of freedom of speech, much like Jon Stewart’s recently misguided Rosewater (2014), which becomes bogged down in its Americanized moral self-righteousness.  Rasoulof’s film is not like that, coming from an Iranian perspective, where he is more concerned with expressing his seething indignation at the cloaked invisibility of brutal interrogation and torture techniques taking place right under the public’s noses without anyone showing the least bit of concern.  The story centers on Kasra, an Iranian poet and novelist living in Tehran secretly writing his memoirs that the authorities want to destroy, because in it he describes the incident when the Iranian government tried to kill twenty-one writers by staging a bus accident, where the authorities insist upon eliminating all traces of the incident.  Told almost entirely through a flashback mode, the central focus of the film, as it happens, is actually the two secret government agents, Khosrow and Morteza (surprisingly played by Rasoulof himself, the only credited actor, as the rest remain anonymous), who are sent to destroy the manuscript and any surviving copies.  What’s perhaps most startling is how brutal they become in the presence of Kasra, but in each other’s company, they’re best friends who typically couldn’t be more ordinary, where their work, which includes torture before killings, has become mundane and routine to them by now, where they barely give it a thought, often seen casually smoking a cigarette, waiting for their dirty actions to take effect, as they’re more wrapped up in the concerns of their own lives, where Khosrow is constantly seen talking to his wife on his cellphone while regularly checking for expected payments on his ATM, which is needed to pay for his ailing child’s operation.  Subject to accusations that he doesn’t care, as he’s not around when his own child needs him, his wife, a stand-in for the clueless nation, has no idea what he actually does for a living.  His partner Morteza, on the other hand, has that methodical look of a paid assassin, where killing a man doesn’t even phase him anymore.  The title comes from Mikhail Bulgakov’s Russian novel The Master and Margarita, written between 1928 and 1940, but unpublished until 1967, a critique of Soviet society and its literary establishment in which a manuscript that cannot be burned plays a central role.
While the fascination with the subject can be overpowering, the film itself has only mixed results, overaccentuating the banality of the events, where everything is downplayed, while at times the film tends to be overly wordy, completely detached, and emotionally underplayed, where there’s an obvious disconnect with the audience, especially when we realize these are only the foot soldiers, the neighborhood face of state repression, where far more disturbing is their superior, a man dressed in designer suits who lets the other guys get their hands dirty while he remains impeccably spotless throughout, only arriving on the scene when a significant escalation occurs that he masterminds.  Much like a secret government within, extremist elements secretly concealed inside a government use religion and absolute power to intimidate and extinguish their opponents at will, labeling them dissidents, branding their views as outdated, hostile, and Western-influenced.  From our initial introduction to Khosrow, where he still has a bloody hand print on his neck, later learning he was the man driving the bus for the writer’s conference, we are well aware of their diabolical methods, where the film reeks of torture porn imagery, people tied up and tortured, black hoods on their heads, often murdered afterwards.  Only here this is not some sort of exploitive Hollywood stylization, but an unflinching portrait of state-sponsored evil, where the underlying rage that lies beneath this film is an angry and supremely pessimistic artist who knows this subject all too well, having been jailed, interrogated, tortured, and censored, where cinema becomes a voice for the voiceless, a dying man’s last breath, a plea to the world to take this subject seriously, as Iran has become a totalitarian dictatorship, a Stalinist police state intent on arresting and silencing anyone who disagrees with the official views of the state.  While the exterior scenes were shot in Iran, all the interior scenes were shot in Hamburg, Germany, including visits to several of Kasra’s friends who (supposedly for protection) have copies of the manuscript.  While they are all under constant surveillance, living under the threat of intimidation and brutality, where each of them is visited by the secret agents, only slowly does the film reveal how easy it is for these otherwise polite and cordial men to kill someone.  While this is a look at well-educated upper and middle class writers and intellectuals, men who have had a hand in shaping the nation’s identity, and possibly its future, it’s chilling to see what can happen to them in the blink of an eye, all underplayed throughout, told through a kind of mundane naturalism, always justifying their actions under Islamic sharia law, but no courts or laws are involved in what the audience witnesses, a brief look behind a veil of government secrecy, where villainy and murder never looked so commonplace.
Posted by Robert Kennedy at 12:00 AM