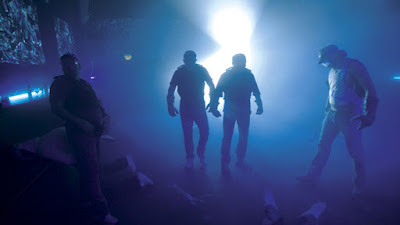 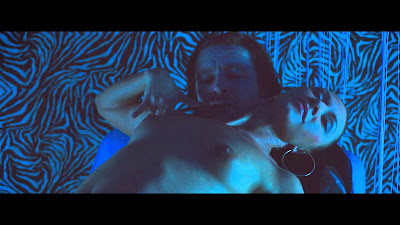 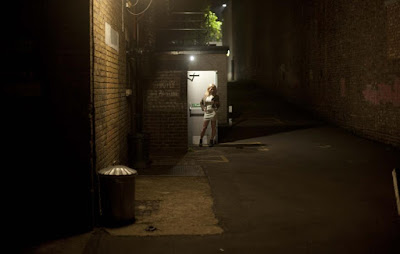 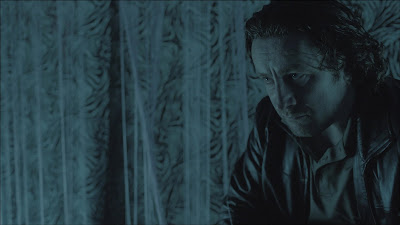 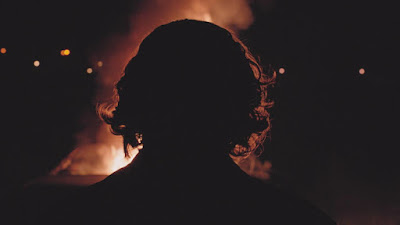 A lurid trip into the subterranean criminal underworld of London, a seedy adventure of corrupt cops who are every bit as deplorable as the vicious criminals they do business with, taking a cut in the profits of a lucrative drug smuggling gang in exchange for a guarantee the police won’t interfere with the operations.  Literally partners in crime, the film depicts an absence of any moral center, as all the players, and it’s hard throughout to tell the cops from the criminals, find a way to work around the reach of the police, who are ineffectual to nonexistent in this film.  At the center is Michael Logan (Peter Ferdinando), a shadowy figure working as a corrupt detective in the narcotics division, initially seen raiding a nightclub with brutish ferocity, showing no regard for professional standards, seemingly taking pleasure at smashing a man’s face with a fire extinguisher, seizing a particularly large stash of cocaine, while celebrating afterwards, having their own little all-night party on the drugs they stole.  Of course, what can go wrong will go wrong, as one of Logan’s contacts gets chopped to pieces, where nobody plays by the rules anymore, leading to a no man’s land of foul play.  This landscape is so morally toxic, everyone tainted by an insatiable greed, all we’re really witnessing is the ongoing behavior of thugs, where inflicting excessive violence to protect one’s interests becomes routine, resembling a post-apocalyptic world in decline, where in this film there’s no thought given to anything else.  When painting with such a broad brush where everyone is corrupt and criminally tainted, there’s actually very little suspense, as no good can come out of any of this, so it all has an ominous feel of Macbethian doom, where Logan is literally spinning his wheels, moving from one criminal enterprise to the next, spiraling into an abysmal moral void.  Nonetheless, it still has to play out, a choreography of misfits and stock characters, where it just feels like we’ve seen all this before.

Not sure why Great Britain has cornered the market on this sort of thing, perhaps due to their own dreary social welfare system, but they seem to be a nation consumed with making relentlessly grim, social-realist crime films, and for every good film that comes around, CROUPIER (1998), SEXY BEAST (2000), THE RED RIDING TRILOGY (2009), Brighton Rock (2010) as well as the original (1947), or Shadow Dancer (2012), there are dozens more, perhaps spearheaded by the likes of Guy Ritchie, but also Danny Boyle’s Trance (2013) and Eran Creevy’s Welcome to the Punch (2013), that are headed straight to the discount DVD bins.  These are largely male fantasy films where the violence adds a special attraction to the primary movie demographic of 18 to 24-year old adolescent boys, like the avid interest in loud and explosive video games, where women are horribly mistreated while also nakedly paraded under the leering eyes of jaded men.  Strippers or prostitutes are the only female company these men keep, exhibited like slabs of meat, while a crude sexist and borderline racist mentality exists throughout as well, so just what, exactly, do films like this offer?  Even if well made, stock treatment suggests fundamentally offensive attitudes on every level, where in this film criminal cops are frequently hopped up on coke, exhibiting a special xenophobic hatred for foreigners and multi-ethnic villains, who are inevitably the ones they get down and dirty with in business, usually associated with superior feelings of overriding contempt, where making racist jokes is commonplace and a means to gain social acceptance with other cops.  While this is so often portrayed with chilling realism in every cop drama from television, Hollywood, to independent movies, on a social level it grows sickening after awhile, as they’re using racist tinged dialogue in order to jack up the supposed realism, which inevitably is thoroughly manipulative filmmaking, as it assumes the reality of the stereotype, which it only further perpetuates.

While ostensibly an extension of Abel Ferarra’s BAD LIEUTENANT (1992) or Nicolas Winding Refn’s PUSHER TRILOGY (1996, 2004, 2005), Logan is a poor substitute of a compromised cop, as he lacks any real conviction other than treating everybody like shit.  He’s an embarrassment to the police force and would likely lose his job instantly for insubordination and a file stuffed with excessive force cases, which would end up costing the department millions in litigation.  Instead of any attempt at character development, which would suggest good writing, the film is heavy on vicious brutality, a substitute for male testosterone, amped up by an electronic film score by Matt Johnson from the musical group The The.  While initially the stylish use of slow-mo adds a pretty effective music video effect, and the murky warehouse settings are appropriately dismal, but the film simply runs out of ideas.  While the writer/director makes an attempt to humanize Logan, as he takes an interest in Ariana (Elisa Lasowski), a young girl held captive in a human trafficking scheme, but there’s nothing that would make Logan’s character redeemable, as he’s too heavily invested in the moral rot of the criminal underworld, where all that’s left is the realization that he’s simply in over his head.  Most would receive early warning signals, like witnessing a trusted ally get chopped up before your disbelieving eyes, which might suggest these are not the kind of guys you want to do business with.  In fact, you might actually consider making a proper arrest.  But it’s not in the cards.  Instead, likely the built-up euphoria from ingesting excessive drugs, he feels invincible, like he’s the one controlling all the action.  But in this film there is no reason to believe that has ever been the case, so the entire film is one long and deluded road to hell resulting in a final realization that he’s fucked, trapped by his own distorted lies and deception, caught in a vice-grip, where the man has run out of options, becoming an existential moment with the camera lingering on his face, as he’s finally reached the moment of truth.  Holding the final shot for what seems like an eternity, we’re left with the thought that whatever happens next, the man truly deserves whatever he’s got coming.
Posted by Robert Kennedy at 12:35 AM