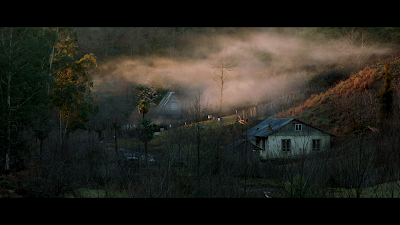 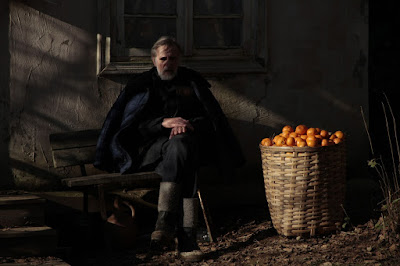 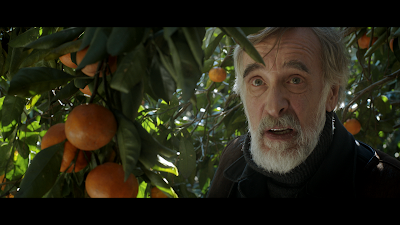 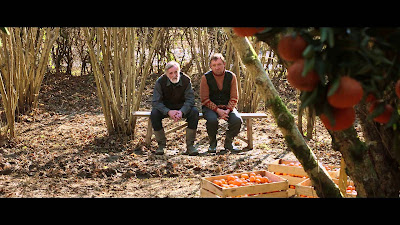 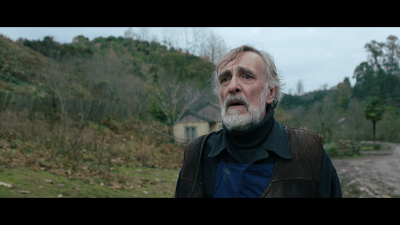 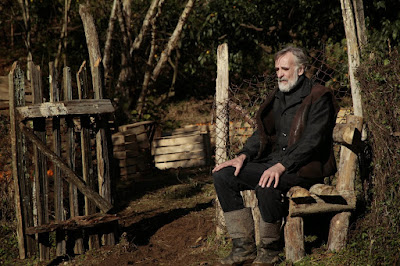 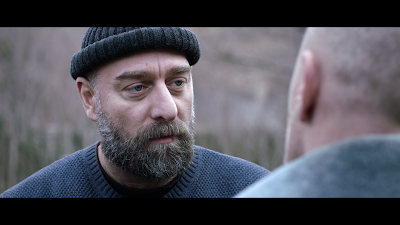 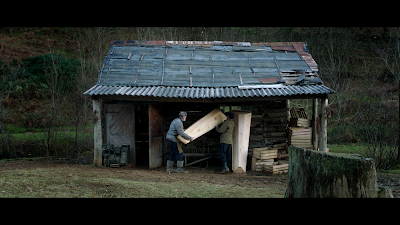 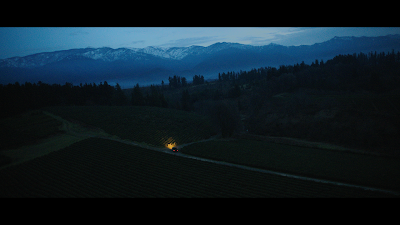 —Qavagadi Navi (A Paper Boat), by Georgian poet Irakli Charkviani, a song that was hugely popular among fighters during the war in 1992

Films have a way of resurrecting periods of history that time forgot, though those involved will never forget.  After the collapse of the Soviet Union in December 1991, the Caucasus region was the site of endless conflicts, as the suddenly independent nation of Georgia broke out into a bloody civil war, where those on the far western part of the country known as Abkhazia, a conglomeration of Armenian, Greek and Turkish descent bordering on Russia and the Black Sea, were fighting for their own Christian and Islamic independence from Orthodox Christian Georgia in the 1992–1993 War in Abkhazia.  Russia sided with the Abkhazian separatists, sending in mercenaries from Chechnya to fight against the Georgians, while caught in the middle was a small community of Estonians, mostly farmers, who had lived there peacefully for more than 100 years, though they were originally part of a colonialist Russian resettlement program in the mid-19th century.  When war broke out, most Estonians returned home to be repatriated in their own suddenly independent nation in the Baltics, which is a good distance away (about 1500 miles, across the bay from Finland, see here on a map:  Countries ).  But not everyone went.   While the film might recall Danis Tanović’s NO MAN’S LAND, an insightful look at the absurdity of the 1993 Serbian-Bosnian conflict, this approaches the madness of war from a far more humane view, becoming what is arguably the most polite anti-war film on record, one that accentuates a more civilized and genteel approach to resolving conflicts.  The first Estonian film to be nominated for an Academy Award, it was nominated in the Best Foreign Film category, and is also the first joint Georgia-Estonia film production.  Set somewhere in rural Abkhazian territory, two elderly Estonian farmers work feverishly to harvest their tangerine crop before the war draws near.  Ivo (Lembit Ulfsak, recently awarded male performer of the century in Estonia) is busy making wooden crates while Margus (Elmo Nüganen) is up on a ladder working in the orchard.  Realizing it’s only a matter of days to safely sell their crop in town before most everyone flees the region, they take a moment to marvel at the beauty of the tangerines.

Their meditative moment, however, is interrupted by the arrival of a military jeep, where Ahmed (Giorgi Nakashidze), a Chechen mercenary fighting with the Abkhazians, hails Ivo and demands food for himself and a fellow soldier.  Surprised anyone’s remained on their farms in the middle of a war zone, Ahmed affectionately calls him “Grandpa,” showing respect for his generosity and his bravery before heading back to the front.  After another brief pause, thunderous gunfire erupts in front of the house, where a shootout leaves bloody casualties, including a severely wounded Ahmed, who can’t walk, while his friend and all of the Georgian fighters are dead.  “You shouldn’t yell,” Ivo warns the soldier, “Otherwise you might die.”  With the help of his neighbor, Ivo brings the wounded man into his home and dresses his injuries, while disposing of the jeep, driving it over a hill and letting it tumble down into a protective ravine.  “I thought it would explode,” Magnus observes with a touch of wry humor. “They explode in the cinema.” To which Ivo replies, “Cinema is a big fraud.”  While burying the dead, Ivo realizes one of the Georgians is still alive, though he remains unconscious, a soldier named Niko (Mikhail Meshki), who is brought into a separate bedroom with his wounds treated as well.  Slowly he feeds them and nurses them both back to health, each vowing to kill the other when they gain enough strength.  Ivo, however, lays down the law that no one will be killed in his home, demanding each man swear an oath to that effect.  Begrudgingly, both agree, but that doesn’t stop all the verbal taunts and hate threats that seem to accompany every meal.  The infusion of hatred is not something that exists in a vacuum, but is part of the ethnic animosity that has contaminated the region seemingly forever, where both sides eye the other with outright suspicion and contempt.  After a while, Ivo exclaims, “What is it with you guys, what gives you the right to kill?”  Suggesting both have family members back home, he literally scolds them for disrespecting their memory and acting so childish.

Filmed in Guria, Georgia, part of the appeal is the haunting beauty of the rural region, beautifully shot by Rein Kotov, mostly with a static camera, who seems to admire those special moments when night turns to day and the sun tries to push through the hovering fog, providing painterly outdoor images, while most of the action is confined indoors, giving the film a theatrical feel, where the lengthy recovery period for each soldier adds to the timelessness of their hostility, which after awhile becomes ridiculous, especially since they’re being treated with the utmost respect by Ivo, whose extraordinary generosity and kindness is above and beyond anything either one of them deserve.  This is a completely different portrayal of honor than that expressed in American Sniper (2014), an American movie that has made a half a billion dollars, which glorifies a soldier participating in the bloodbath of wartime Iraq, and then bestows him with medals for having killed so many of the enemy, not one of which leaves him with any regrets, or any sense of personal satisfaction.  If anything, the film represents a hollow sense of heroism, one that glorifies war as nationalistic patriotism, and then condemns anyone who might criticize or suggest otherwise as anti-American.  This sense of self-righteousness and moral high ground is not reserved for Americans, but motivates any number of suicide bombers and religious zealots who all too eagerly sacrifice their lives for what they believe is a noble cause.  This kind of thinking, however, is not only shortsighted, but is largely fueled by hatred and religious animosity, where bigotry seems to guide the actions in war-ravaged regions.  Similarly, Ahmed vows to take revenge on Niko for the death of his comrade, “It is a holy thing for us.  You will never understand.”  Showing Biblical wisdom, Ivo inquires, “To kill a person who is sleeping, even if he is unconscious?  This is holy for you as well?  I didn’t know.”  As it turns out, both recovering soldiers have a fierce devotion to their ideals of honor, each respecting the fair-mindedness of Ivo and an appreciation for having been kept alive, where honoring their pledge to him on a daily basis seems to drain them of their mutual hatred.  Nonetheless, the abruptness of the finale comes as something of a surprise in this strange parable about heroes and villains, where it’s hard to tell one from the other sometimes, leaving one to ponder whether we should be so quick to condemn and annihilate one another, especially those we know so little about.  The Georgian music provided by Niaz Diasamidze, Niaz Diasamidze - Mandarinebi (HQ)  (14:25), provides a kind of mournful, almost Béla Tarr solemnity that only heightens what transpires onscreen, while the extraordinary final sequence that includes Irakli Charkviani’s Qavagadi Navi (A Paper Boat), Mandarinebi - Ending Soundtrack YouTube (4:02), is used to stunning effect, like a requiem for the dead, honoring and paying tribute to those who were never able to return to their homeland, including Charkviani himself, who died prematurely, reportedly of heart problems in 2006, posthumously awarded Georgia’s most prestigious Rustaveli Prize in 2013 for “his significant contribution to the development of contemporary Georgian culture.”
Posted by Robert Kennedy at 12:12 AM