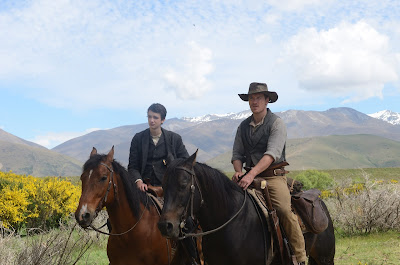 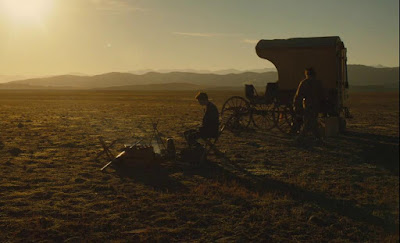 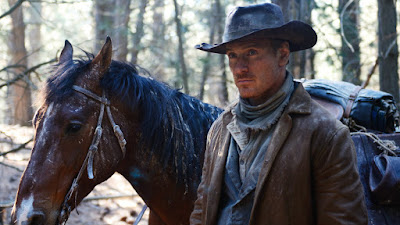 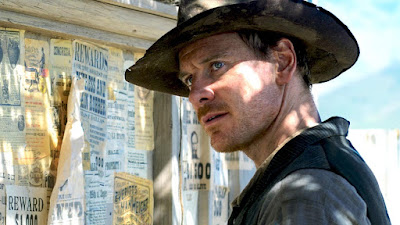 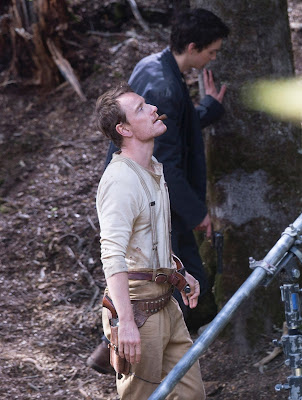 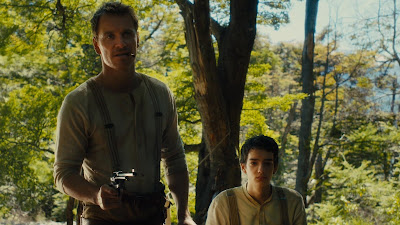 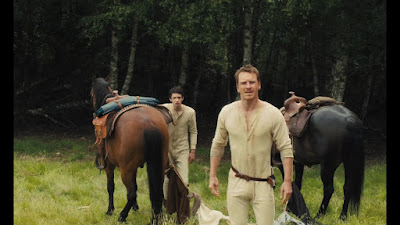 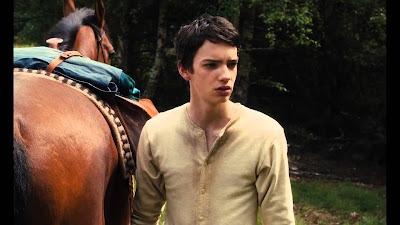 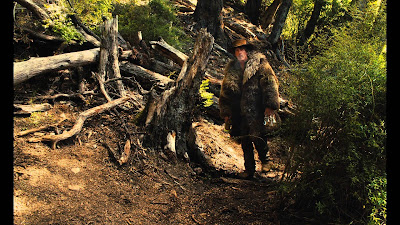 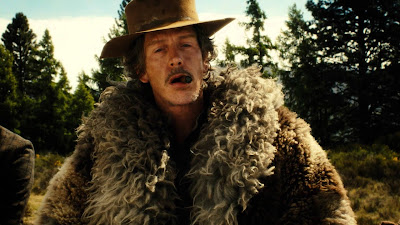 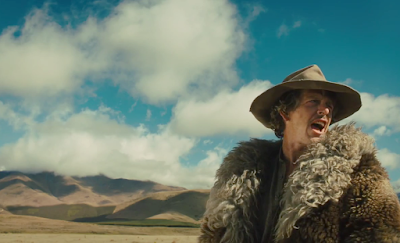 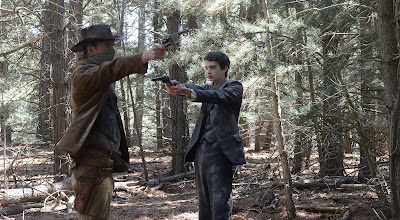 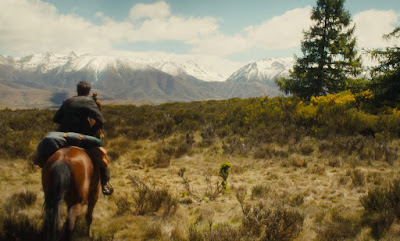 
John Maclean is trying a second career as a writer/director after being a keyboard player for the Scottish indie-rock group The Beta Band, which broke up after 8-years in 2004, but were included in a prominent scene from HIGH FIDELTY (2000), High Fidelity - YouTube (2:23), leading to another group called The Aliens, which lasted only about three or four years.  After making two short films with actor Michael Fassbender, his feature debut premiered at Sundance to great acclaim earlier this year where it won the Jury Prize for World Cinema and was released on the Internet along with a limited American release.  Shot by cinematographer Robbie Ryan, who also shot Andrea Arnold’s FISH TANK (2009) and Sally Potter’s 2013 Top Ten List # 10 Ginger & Rosa, in the stunning Mackenzie Country region on New Zealand’s South Island (Images for Mackenzie Country, New Zealand), it’s a story of the American West in the 1870’s that begins with a voiceover under the stars recalling the origins of an infamous love affair between 16-year old Scottish aristocrat Jay Cavendish, Kodi Smit-McPhee, the ten-year old kid from John Hillcoat’s post-apocalyptic The Road (2009), and his first love Rose Ross (Caren Pistorius), who flees to America with her father after an unfortunate accident that Jay feels responsible for results in an untimely death.  Guidebook and heart in hand, Jay sets out after her alone, filled with a naïve determination that he can manage a perilous journey of this magnitude on his own.  It comes as no surprise then to discover that he’s immediately in trouble, caught in the midst of fleeing Indians running on foot through a dense forest and armed frontiersmen chasing after them, where Cavendish is saved by none other than the narrator himself, Silas Selleck (Michael Fassbender), a grizzled bounty hunter, with a stogie in the corner of his mouth at all times, who agrees to protect him on the rest of his journey for whatever money he has in his pocket.  Persuading him that it’s just good business sense, the two team up as unlikely partners for the slow ride to Colorado, meeting many colorful characters along the way, most having little to do with the story, but they all add to the mystery of the journey.  In something of a sinister twist, we also learn that a bounty has been issued for Rose and her father as escaping felons, which explains the real interest of Silas, using a love torn innocent to lead him right to their door.


While there’s a standoffish distrust between the two men, Cavendish, one must acknowledge, is still a boy filled with childish notions of love and adventure, perhaps a bit too stubborn and headstrong, but is a man on a mission, thoroughly convinced he will find Rose, though we learn through a series of flashbacks that Rose may not be terribly excited to see him again.  Seen as one who deeply cares about all things, continually philosophizing on the trail, while Silas couldn’t care less, speaking bluntly, “You haven’t bedded her yet have you?”  In this manner, the more weak and submissive Jay tends to be the butt of all jokes, a condition Silas and his more acerbic wit and humor continuously takes advantage of, leaving the poor kid flummoxed for a good part of the journey.  But none more so than when they come upon a trading post in the middle of nowhere.  Checking out the merchandise, they are interrupted by settlers in desperate straits who demand the merchant’s money, whose reasoning falls on deaf ears when he utters, “You know, if you take my money, this is the only place you could spend it.”  Nonetheless, it ends badly, with the situation growing even more absurdly troubling than first imagined, but Silas pulls the kid out of there, a bit shell-shocked by the violent outcome.  Veering between a western and black comedy, there are surprisingly humorous moments interspersed throughout, like the time Jay leaves his campsite to relieve himself, taking a wrong turn back where he stumbles into an entirely different campsite.  Rather than show any signs of malice or suspicion, he’s warmly welcomed and treated to one of the more amusing stories of the film, only to apologize politely afterwards and correct his errant ways.  But nothing is as boldly impressive as the gorgeous landscape mixing a combination of barren plains and spectacular mountains, including panoramic vistas of multicolored wildflowers and wide-open spaces.  In perhaps the most absurd scene of the film, the two bickering partners separate, leaving Jay to fend for himself, which he does impressively by receiving the kindness of a lone anthropologist who shares some stories along with food and coffee and a safe place to sleep before secretly gathering together Jay’s horse and all his belongings while taking off in the middle of the night.  When Jay awakes in the morning feeling refreshed, he finds himself alone and on foot, with no sign of his generous host for as far as the eye can see in any direction.


While it may be beautiful to behold, with a memorable score by Jed Kurzel, this might be called an idiosyncratic western, as it’s told in a quirky manner, where Jay just happens upon a group of Congolese singers (speaking to them in perfect French), or hears recurring references to the plight of Indians, while repeated flashback sequences fill in the missing pieces.  Making matters more interesting, Ben Mendelsohn plays the psychopathic leader of a rival group of bounty hunters that Silas once rode with, who have latched on to Jay’s secret quest, an ill wind gathering momentum for a coming storm, where by the end of the picture all signs point to the exact same place, where it becomes harder for Silas to protect the boy from the dangers of a world he isn’t prepared for, describing him as “A jack rabbit in a den of wolves.”  At 84-minutes it’s surprisingly concise, all leading to an inevitable showdown when they finally meet Rose, who defies expectations and could easily be the poster child for the National Rifle Association.  While the film attempts revisionist history when it comes to racial depictions, where African immigrants and Indians are shown with more sympathetic treatment, but the mythological problems with most westerns remains the same, where there’s a diabolical attraction to guns and killings, where the director uses violence to resolve various plot points, where his ease with the use of multiple killings is all too simplistic, where the final standoff becomes a reverie of death, which hardly amounts to anything we haven’t seen before.  Unlike Kelly Reichardt’s Meek's Cutoff (2010), which this film resembles in its aimless wandering through vast stretches of the American West, or even Lisando Alonso’s more abstract Jauja (2014), rather than delve into psychological implications, where whatever plot intentions are sucked into well-crafted characterizations, this film resorts to the same standard pattern used by directors of westerns for the past 100 years, where the character development is far too stereotypical, and there’s only one way out of every problem ― someone gets killed.  Just like westerns of old that continue to accentuate bullets and blood, this sends the exact wrong message, as it romanticizes the excess violence, which is little more than the typical Hollywood treatment, instead of discovering a new and different path.
Posted by Robert Kennedy at 12:00 AM