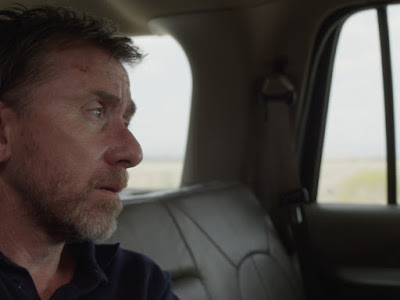 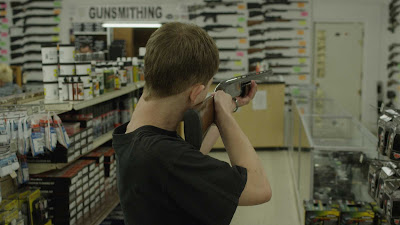 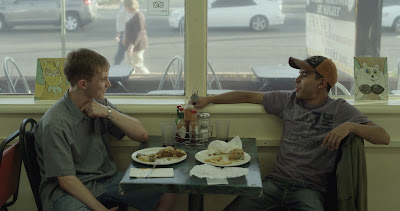 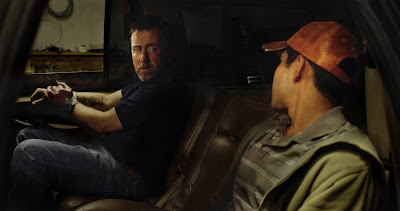 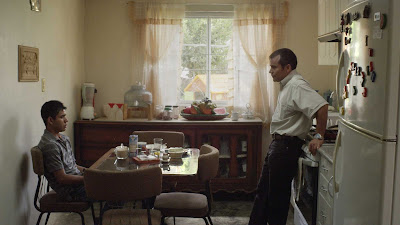 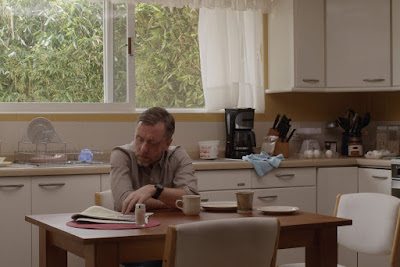 Another potentially explosive story about the damning effects of gun smuggling across the Arizona border into the hands of heavily entrenched Mexican cartels, winner of the Best First Feature at the Berlin Festival, the director is the son of Arturo Ripstein, who worked as an assistant director on Buñuel’s THE EXTERMINATING ANGEL (1962) before premiering 8 different films at Cannes, awarded the Mexican National Prize of Arts and Sciences in 1997, only the second filmmaker after Buñuel to do so, and the grandson of Alfredo Ripstein, one of Mexico’s most accomplished producers, often thought of as the founding father of the Mexican film industry.  However, the eternally slow and laid-back style may actually be considered a non-theatrical approach, actually downplaying the drama, becoming a minimalist, overly detached road movie, much of it taking place in tight quarters inside a car, reminiscent of Locke (2013), though not nearly as unusual.  Using a variety of styles, Ripstein may confound viewers throughout by muting expectations, literally draining all emotion out of the film and leaving the audience in a cinematically enhanced purgatory that extends over the final credits that may have more than a few viewers scratching their heads wondering what to make of this film.  Offering an alternative to crass, over-hyped, over-produced filmmaking that would be highlighting the inevitable shootouts taking place between the various cartels in their struggle to control gang turf, this is a smaller budgeted, indie style of filmmaking that confounds expectations throughout right from the opening, where we see a couple knuckleheaded kids, Carson (Harrison Thomas) and Arnulfo Rubio (Kristyan Ferrer), hanging around gun shows and gun shops, showing the easy availability extended even to adolescents as they amass a stockpile of over-the-counter assault weapons.  The trick, apparently, is moving from store to store, staying one step ahead of the federal trackers, where no questions are asked until one of them gets carded for buying cigarettes.  Even so, the ease with which such high-powered weapons can be obtained is striking, where they simply blend into an existing culture that caters completely to the buyer, allowing Arnulfo to drive heavily loaded trucks filled with weapons across the border to designated drop off points in Mexico.

In a parallel story, Tom Roth as ATF agent Hank Harris is making similar rounds, only he’s screwing one of the attractive female sellers at a gun show in between serial number and registration checks, where he’s the guy supposedly watching the store.  Apparently tracking these kid’s accelerated buying habits, Harris surprises Arnulfo at his vehicle in a parking lot, asking him to step out of the car, but Harris is himself waylaid from behind by Carson, who runs away after realizing the severity of what he’s done.  Not thinking straight, and still young and naïve, Arnulfo ties him up and brings him to Mexico, hoping his uncle will know what to do, where the film slows to a crawl, narrowing the focus of the story, filled with extended moments of Arnulfo driving through the emptiness of the night with a badly beaten ATF agent handcuffed to the back seat, initially with duct tape over his mouth.  What starts as a strange and precarious relationship of hostility and suspicion with barely a word spoken slowly develops into something more, as a nervous, anxious-ridden Arnulfo mouths to himself what he intends to say to his uncle, while Harris befriends the guy, helping to calm and reassure his frayed nerves, knowing his life might depend upon it.  Slight windows into the motives and personalities of each man begin to take shape, where the audience is just as curious as Harris must be as to what Arnulfo’s intentions are, where behind the tough guy veneer is just a kid, which was also exhibited earlier in scenes with his friend Carson, who teased him relentlessly, causing him to act tough, showing a macho side, but this was covering an inner instability.  Harris is clearly the adult here, though Arnulfo has the appearance of control despite his nervous demeanor, as the gun remains in his hand and the truck is driving in the direction he points it.  This lengthy driving sequence, traveling 600 miles under cover of night with no sleep to speak of, strains the audience’s ability to stick with the mundane, as there’s not a lot of tension created, instead we’re often languishing in long stretches of silence and inactivity.  It’s only as we draw closer to the final destination that the driver may begin to be overwhelmed by the mounting dread of what lies before him.


Surrounded by guards and enormous security, Arnulfo brings his captured prey directly into the heart of the beast, thinking somehow the agent’s knowledge of gun trafficking is a prized possession and may help his uncle’s business, but he’s blindsided by the reaction, as his uncle, Noe Hernandez, the drug kingpin from Miss Bala (2011), immediately chastises him for being so stupid, asking what was he thinking?  His violent reaction reduces Arnulfo to tears, sobbing heavily, slumped in his chair at the kitchen table while his uncle nonchalantly washes the dishes.  This portrait of family bliss is held onscreen for quite a while, literally burning the still image into the heads of the audience before erupting into a brutally shocking follow-up sequence, a jarring moment that accentuates the emotional torment Arnulfo is experiencing.  While the poor kid goes through waves of emotion, perhaps no greater indignity is his uncle derisively calling him a maricón (fagot), a similar insult heard more playfully earlier from Carson, but in the macho Mexican culture there is no more demeaning insult, especially coming from an authority figure.  The emotional unbalance that it causes triggers an unlikely scenario, like a world tilted on its axis, where it may never be the same again afterwards.  The deliberate detachment of the subsequent scenes may startle audiences even more than the abrupt violence, especially the matter-of-fact way the world goes on, as if nothing has happened, where there’s a mirror image of the kitchen scene playing out in what may as well be an alternate universe, offering a perspective that literally shreds to pieces the audience’s expectations.  It’s probably the rudely affecting ending that won this young director a festival prize, as it so goes against the grain of other typical films dealing with the ultra violence of drug cartels.  The casual nature of the final disregard is stunning, quite a turnaround from everything that came before, though audiences are sure to be divided about the effectiveness.  Overall the film may be too low key, minimalist, and unengaging for such a prolonged duration, that a quick burst of emotional flames that lasts for less than a minute may not compensate for the dehumanized feel that extends throughout this picture.
Posted by Robert Kennedy at 12:21 AM