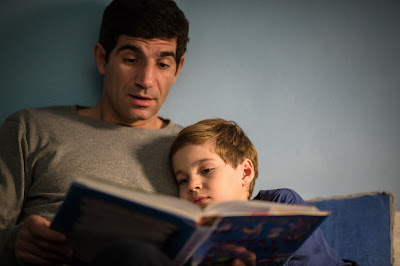 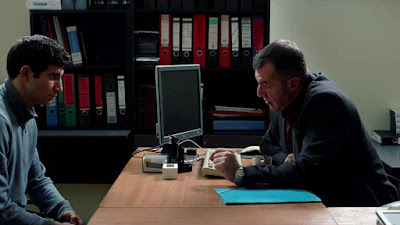 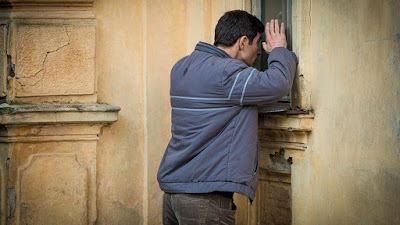 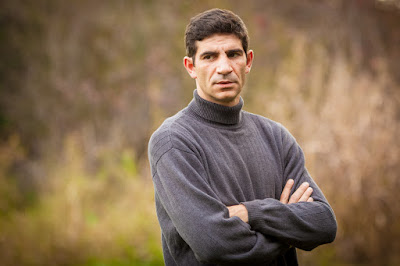 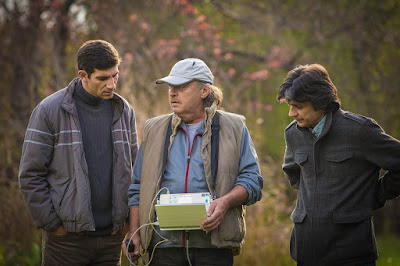 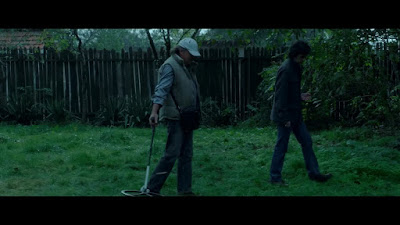 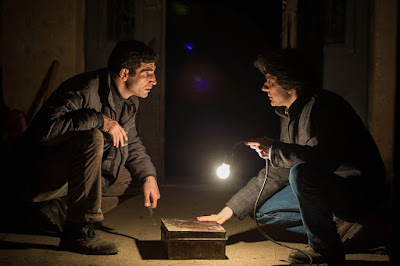 A simple story, but cleverly told, one where the audience continually provides different outcomes in their heads as the story plays out, where our thoughts of what might have happened may actually be far more intriguing than what eventually does, but the director provides the time and space for these audience thoughts to develop.  Each individual will likely have a differing response to this film, which appears to be the sly intent of Corneliu Porumboiu, Romanian director of absurd deadpan comedies 12:08 EAST OF BUCHAREST (2006), winner of the Caméra d’Or (Best First Film), and POLICE ADJECTIVE (2009), Jury Prize (2nd place) winner of Un Certain Regard.  With THE TREASURE, his third film to premiere at Cannes and winner of the Un Certain Regard Talent Prize, this slight moral tale is once again set in the social realist milieu typical of Romanian films, where a droll family drama turns into a wild goose chase about the obsessions that take hold when breaking out of the suffocating restrictions of bureaucratic conformity and following one’s dreams.  Costi (Cuzin Toma) is an ordinary everyman, seen reading a bedtime story to his six-year old son, which is an illustrated version of The Adventures of Robin Hood, a fairy tale that is likely to produce wild dreams of heroism in the imagination of a young boy.  However, this routine is interrupted when a neighbor knocks on the door needing to speak to him.  Adrian (Adrian Purcărescu) needs to borrow money, explaining his publishing business has gone under and he’s on the verge of losing his home.  The two get into a detailed discussion on fixed mortgage rates that homeowners around the world can relate to, especially the differing interest rates applied to each owner, where Adrian got unlucky, as his interest rates are twice that of Costi.  Sympathizing with his plight, Costi is a civil servant without much wiggle room when it comes to paying bills, so he politely indicates “Sorry, neighbor, but there is nothing I can do,” and goes back to the bedtime story with his eagerly waiting son.  Again there is a knock on the door as the neighbor has returned, this time indicating it has nothing to do with mortgage payments, which he’s avoided paying for several years, but rather the cost to hire a professional metal detector, claiming there is a hidden treasure concealed somewhere in the backyard garden of a house owned by his grandfather, which he was forced to hide when the communists arrived in 1944, and died before he had a chance to retrieve it.  While hard to believe, with scant evidence to support this theory, Adrian offers him half of whatever they uncover.

While the audience remains skeptical, sensing little more than a home grown fairy tale, nonetheless Costi discusses the proposition with his wife, who learns the land is located near the 1848 Proclamation of Islaz, a historical site in Romanian history when they attempted to break away from Russian and Ottoman authorities, increasing the chances of finding something worthwhile.  From his humdrum job at work, sitting at a desk with an obligatory computer, we begin to see what a stifling existence he must lead with a life defined by the same routine.  In order to meet with the metal detectors, Costi has to invent an excuse to leave work early, concocting what he thinks is a harmless lie, though it’s easily scoped out by his boss who surmises he is having an affair with his female coworker.  Despite his outright denial, the boss refuses to be made a fool of, as this would explain his recent work lapses, demanding with utter certainty that he knows what’s going on, forcing Costi to admit he’s having an affair—but with a female counterpart at the metal detector company, wiping his moral conscience clean of work fraternization.  This fictional slippage opens the door to multiple narratives, almost compelling the audience to play along.  His little trip to the metal detectors is eye-opening, as not only is he informed that legally he’s required to report any historical findings to the police, but if the contents are revealed to be of national interest, they remain confiscated by the state, where the finder is only allowed a 30% finder’s fee.  Additionally, because of the obvious discouragement involved, one of the workers offers a little black market deal on the side, doing the same job for half the price, claiming no police obligations.  Without question Costi and his neighbor choose Door Number 2, arriving together at the location, adding a bit of luster to the narrative, as we learn this used to be an industrial site, a school, and one of the most popular strip bars during the communist era, all of which suggest we are dealing in an area of moral ambiguity.  As soon as the metal detector arrives and pulls out his equipment, all eyes are on this guy and his machine, repeatedly pacing back and forth, sending out wailing electronic noises when it detects something.  Porumboiu puts suspense on hold, allowing expectations to linger as the man patiently carries out his duties in real time, where the audience remains transfixed to learn what this all means.

Expect giggles from the audience, as the sound of this detection device seems to have a life of its own, sounding like a sick siren that is low on batteries, yet erupting into a feverish pitch with nearly every step.  With an amusing degree of overconfidence, he points out the most likely spot to begin digging.  While all along we knew it would come to this, to actually sit there and watch guys dig a hole isn’t exactly enthralling, as it’s a kind of anti-theater, becoming ridiculously absurd after a while, as the hole only grows bigger.  Continuously told there is something under there, with the device already ringing in their ears, this begins to test the men’s patience, as Adrian’s frayed nerves are ready to explode, quickly growing tired of this guy, claiming he doesn’t know what he’s doing, where the two get into little squabbles that escalate into something more, where Adrian accuses him of the mindless ineptitude of the communist era, where you were expected to work without thinking.  The director, however, seems to relish the idea of extending the length of this scene, testing the audience’s patience, becoming a mental test of endurance.  This allows the audience to fill in the blanks and reach their own ideas on likely outcomes, playing on the audience’s expectations, where this is the inherent beauty of the film.  Thriving on minimalist absurdity throughout, the digging continues well beyond reason, where Adrian was ready to give up hours earlier, but Costi keeps at it, driven by unknown dreams of ambition, where this is his only chance to break out of that constricting routine of feeling forever boxed in.  How it unravels is curiously unexpected, where the mind races to project even more unlikely outcomes, each more deliciously cynical than the next, as this style of film seems to favor a projection of dark thoughts.  It’s an odd parable on unrealistic expectations, with Romanians having already felt the historical wrath of a communist inflicted ideology of shared poverty, so is it that unusual to dream of capitalist wealth?  The underlying motivation behind all this is extremely clever, perhaps an envious view of how those restricted to life in the East view the capitalist excesses of the West, where they dream of having a piece of it.  Presented as an inherent conflict between aspiration and reality, Porumboiu foregoes the dark themes and typical dreariness of Eastern European miserablism and instead searches for the light while excavating the past, with often amusing results, which are especially exaggerated by the song booming over the closing credits, where most everyone will leave the theater with a smile. It’s interesting that the film began as a documentary, where Porumboiu learned about a plot of land that had a similar history, supposedly containing buried treasures of the past, but he was unhappy with the results, so he added a fictionalized context that makes all the difference.  A bit slight, but certainly amusing.
Posted by Robert Kennedy at 12:14 AM