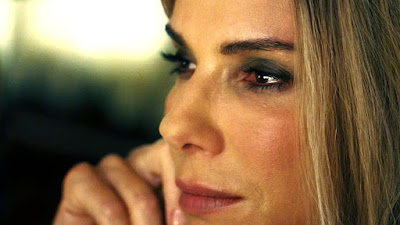 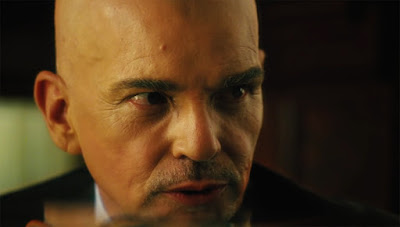 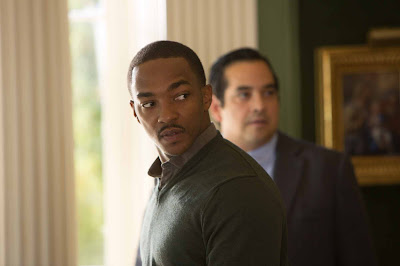 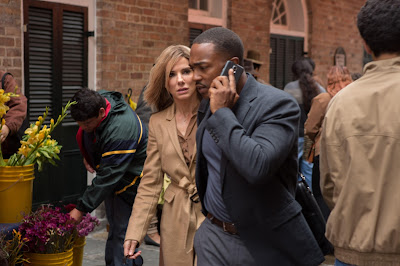 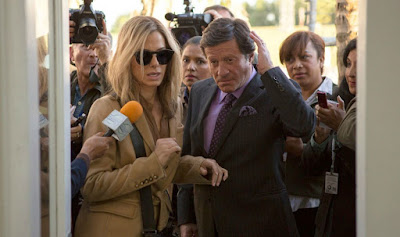 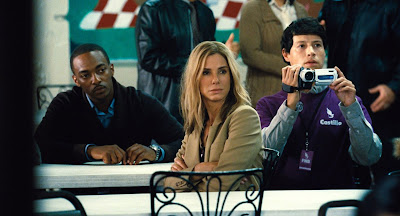 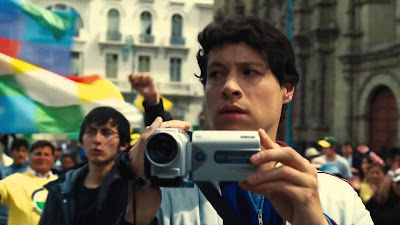 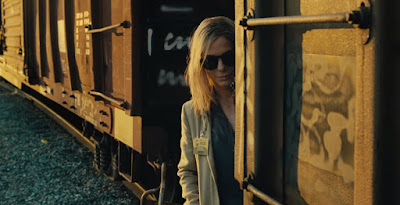 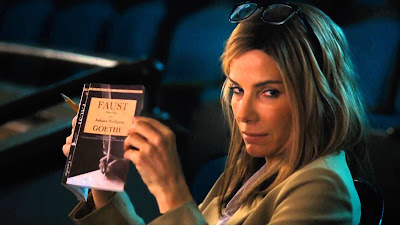 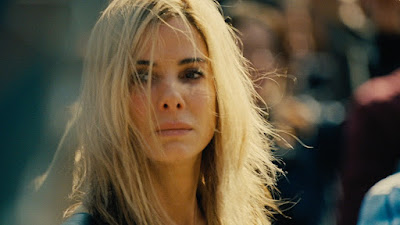 David Gordon Green uses Sandra Bullock in the social activist, Julia Roberts Best Actress role from ERIN BROCKOVICH (2000), transported to the mean streets of La Paz, Bolivia in this clever fictionalized remake of Rachel Boynton’s 2005 documentary film by the same name, where Bullock actually assumes the role of real-life Clinton political strategist James Carville who was improbably hired to resuscitate the flailing campaign of one of the political candidates in the 2002 Bolivian presidential election.  Brought out of retirement by an old friend Nell (Ann Dowd), who’s certain she’s the right person for the job, though she’s been living in near seclusion, “Calamity” Jane Bodine (Sandra Bullock) seems to have lost touch with the human race, initially showing no interest whatsoever in getting her feet back into the fire of another political campaign, then doing a complete reversal after discovering the opposition candidate, currently running away in the polls, is being managed by her professional nemesis Pat Candy (Billy Bob Thornton), a master of the dirty tricks campaign.  With that she tosses her hat into the ring, making a dubious arrival on her lengthy flight into the mountainous region of La Paz, stumbling down the stairs off the plane, immediately suffering from altitude sickness, surrounded on all sides by mountains, where the city elevation varies from 10,500 to 13,500 feet.  Something of a medical wreck for the first couple of days, she belongs in the infirmary, barely able to stand, much less run a campaign, keeping a low profile in order to observe just how objectionable and dysfunctional her candidate really is.  A former President, Pedro Castillo (Joaquim de Almeida) is behind in all the polls as he was literally loathed and despised when he “served” in office earlier, viewed as aloof and uncharismatic, developing a tin ear when it comes to listening or responding to the needs of others, but is known for being his own man, stubbornly set in his ways, wealthy and aristocratic, where money appears to be no object, which explains how Jane was literally plucked out of obscurity.

Just when you think this film is going nowhere, as you quickly tire of Bullock’s continual sick gags, a return to the physical comedy of the silent era where she barely utters a word, all it takes is the slimy appearance of a snake-like Candy himself to get everyone’s blood boiling, as he’s a slick marketeer, where his lovable ads cover up the fact that he’s a completely unscrupulous human being that may as well be the devil incarnate, as the guy loves political trash talking, getting in your face and personal, all done with the arrogance and southern charm of moral duplicity, where he’d sell out his own mother in a nanosecond.  What’s perhaps most astonishing is that Jane has little regard for actual Bolivian politics herself and makes no attempt whatsoever to learn, running a campaign where it’s never about “issues,” but instead resorts to an all-out frontal assault, waging a war generating tabloid-style headlines, where winning is the only object.   When it becomes clear her candidate simply doesn’t have the charisma needed to win, she resorts to denigrating the other guys in the race, starting salacious rumors, planting false stories on TV and in the newspapers, effectively placing the other candidates on the defensive.  While much of this is played for laughs, as the degree of comic absurdity is remarkably clever, even for the lowest of gutter politics, but there’s also an underlying level of decency playing out throughout as well, as represented by Anthonie Mackie as Ben, one of the American consultants who is something of a straight shooter, providing an unshakable moral center throughout, but most significantly personified by a local kid named Eduardo (Reynaldo Pacheco), a decent guy and a true believer, even if he comes across with the innocence and naïveté of Daily Planet photographer and would-be cub reporter Jimmy Olsen.  Eduardo’s claim to fame is a photograph taken when he was a baby being held in the arms of President Castillo, symbolic for depicting Castillo as the father of the nation, making Eddie a steadfast supporter for life, though his views sadly change on Castillo’s first day in office.  While the film attempts to show democracy in action, with behind-the-scenes meetings, making use of polls and support groups, developing a candidate’s image in one breath while tarnishing the opposition in the next, going on the road for multiple campaign stops where literally anything can happen, the film is more obsessed by the cynical shenanigans of professional smear artists, the ones who willingly start false rumors or make outrageous accusations, at least planting the seed of doubt in the minds of the voters.
Of particular interest, there are repeated images of seemingly spontaneous grass roots demonstrations on the street drawing swelling crowds, beautifully captured by Green’s longtime cinematographer Tim Orr, as well as campaign visits to the more remote hinterlands, where Green’s eye for detail is remarkable.  The insight into the cultural diversity of this tiny nation is utterly captivating, though the film is mostly a comic portrayal of imported arrogance and betrayal, leaving behind a real-life horror show, where Castillo is based upon the exploits of Sánchez de Lozada who was twice elected President of Bolivia, spending his childhood years receiving an education in the United States, studying literature and philosophy at the University of Chicago, resulting in the fact he never developed a natural Spanish accent, leading many Bolivians to refer to him as El Gringo.  While the back and forth chemistry between Billy Bob Thornton and Sandra Bullock leads to hilarious overkill, amusingly rising to the level of contemptuous and personally hateful, the poison interjected into Bolivian politics is no joke considering the backwardness and poverty levels in Bolivia, which was the second poorest nation in the hemisphere after Haiti prior to World War II, though there is enormous mineral wealth almost exclusively mined by outside colonial interests prior to the nationalization of the industry following the 1952 revolution, where there were 14 coups d’états in the 20th century alone, with only China, Greece, Haiti, and Thailand with more throughout their entire histories.  Still to this day, 8% of landowners own more than 95% of the farmable land, or put in another way, 615 landowners own more than half the farmable land in the country, while hundreds and thousands of peasants are forced to serve them for little or no pay.  Nearly two-thirds of the population are indigenous people, the largest of any Latin American nation, where more than 90% of them are illiterate, while 80% speak no language other than their own, which means they can’t understand the official governmental language of Spanish.  While this is a unique demographic, to say the least, especially the incomprehensible and mostly illiterate rural vote (described at one point where winning them over would be like an American candidate having to sway 200 million Apaches), the cynicism asserted by the American politicos reduces legitimate social concerns to a Wild West shootout, winner take all, where the sad fact of the matter is the winner is no more experienced, trustworthy, or driven to promote healthy social changes than the guy they’re kicking out, as the election campaign doesn’t produce political messages or ideas but is all about mudslinging and annihilating the opposition’s credibility.  Ironically, the “loser” of this election, populist candidate Evo Morales, is currently the sitting President of the nation elected four years later in 2006.  Talk about long term consequences — a year after winning the 2002 election de Lozada resigned and fled back to America after being chased from office after a reported massacre by armed Bolivian troops at a public demonstration over the Bolivian gas conflict, where strikes and roadblocks brought the nation to a standstill, resulting in 67 deaths, largely protesters and bystanders, but also some soldiers and policemen, where de Lozada’s extradition request to stand trial in Bolivia is still under appeal more than a decade later.
Posted by Robert Kennedy at 11:23 AM