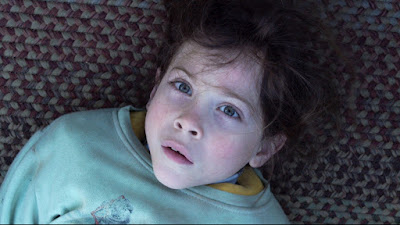 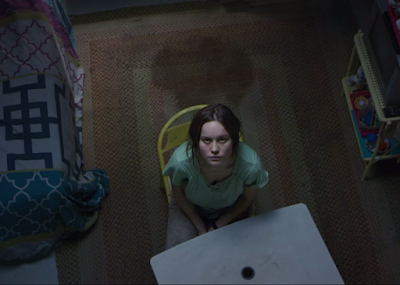 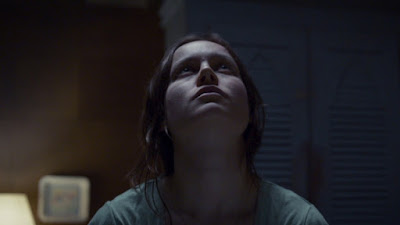 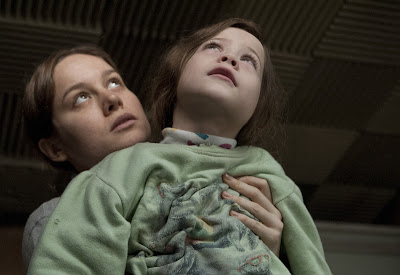 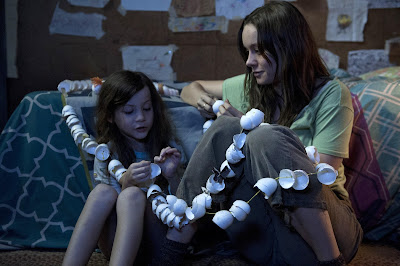 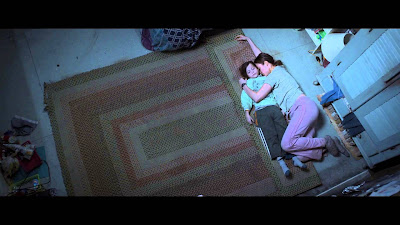 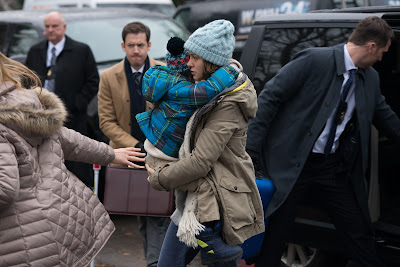 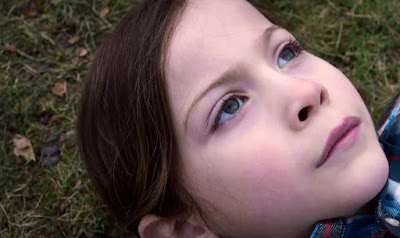 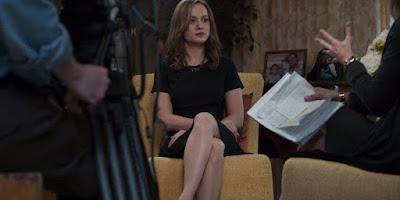 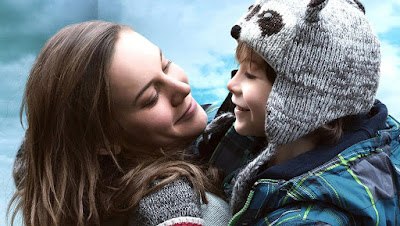 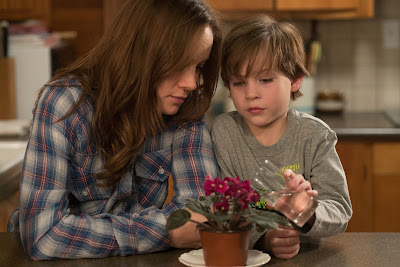 One of the most devastating films you could possibly see, not at all easy to endure, leaving viewers emotionally drained and exhausted afterwards, though in the process making the appalling subject matter feel like essential viewing.   Based on a 2010 novel by the same name from Emma Donoghue, who also provided the screenplay, ROOM is a fictionalized recreation seemingly inspired by real life sexual imprisonment cases like Josef Fritzl who kept his own daughter imprisoned in a hidden cellar for 24-years, sexually abusing her the entire time, or Natascha Kampusch and Sabine Dardenne, all survivors of the worst abduction cases imaginable.  A follow up to Abrahamson’s uniquely compelling 2014 Top Ten List #10 Frank , whose expertise appears to be examining the lives of damaged souls, it doesn’t take long to figure out what we’re dealing with is a trapped existence, as the world onscreen identified as “Room” is a windowless 10-by-10 foot space with a skylight above that is too high to reach.  Inside are a mother and child, with Brie Larson from Short Term 12 (2013) as Ma trying to make life as normal as possible for her young 4-year old son Jack (Jacob Tremblay) who has lived his entire life here.  What’s immediately distinctive is the discovery that this world is seen through young Jack’s eyes, providing his own voiceover narration, where this is all he knows, where he’s learned to tell the difference between life in Room and life on television, which is an invented reality, but he has no conception whatsoever of a world outside.  With his long hair below the shoulders that constantly gets in his face, the film immerses us in his mood shifts and daily routines, peppering his mom with incessant questions all day while they do morning exercises, making him run back and forth from one side to the other, play games together, sing songs, share a bath, eat rather common meals that Jack grows tired of from time to time, while Ma reads him bedtime stories like The Count of Monte Cristo (which deals with a prison escape) that challenge his imagination.  Initially it’s all about establishing the monotonous, unglamorized details of their ordinary existence, where each night Jack says goodnight to his bed, toilet, closet, sink, table, chair, all the things he’s intimately familiar with, and in doing so, provides the extent of this claustrophobic, closed-in world.  It’s heart wrenching to see how Ma has spent every ounce of her energy teaching, nurturing, and entertaining this child who loves to watch Dora the Explorer on TV, limiting the time glued in front of the screen as otherwise they would both end up zombies, though occasionally she’s too depressed to even get out of bed in the morning and can spend hours sometimes simply staring out into space at nothing at all.

In the evenings, Jack sleeps in the cupboard behind wood shutters as Ma is visited by Old Nick (Sean Bridgers), the one who kidnapped her 7-years ago when she was only 19, who opens a steel fortified door locked by an electronic security code, replenishing their meager food and supplies before forcing himself on her at will while continually reminding her how grateful she should be for what little he does bring, constantly complaining of their added “expense,” as he’s out of work, growing violently irritable and quick-tempered if she actually asks for anything they may need.  Sometimes Jack can be seen counting numbers until he leaves, at which point Ma moves him back to the regular double bed where they sleep.  For his 5th birthday, they make a small cake together, but he’s disappointed there are no candles, growing frustrated and temperamental at times, but what’s explicitly clear is they each give one another a reason to live.  Now that he’s older, she tries to expand the world inside to include the one outside, describing bits and pieces of her childhood for him, but he can’t even imagine what’s on the other side of the walls, as he’s never seen it, where the only outside images come from the television.  When the electric power is turned off, she grows more desperate, forced to eat out of cans where frost can be seen on their breath, so she teaches him how to wiggle out of being trapped inside a rolled-up carpet, writing him a note to hand to someone, explaining what to do once he’s finally on the outside, using him for her planned escape.  From the slowed down pace where there was all the time in the world, like their bath when they were splashing water on each other, this rapidly accelerating pace adds a different dimension, creating increasing tension and dread, as Jack is obviously afraid and doesn’t really understand, where she wraps him in the carpet for old Nick’s next visit, claiming he died during the power outage and needs a proper burial, telling him to find someplace nice, where there’s plenty of trees around, growing hysterical at the mere thought of him inspecting the merchandise, screaming to get him out at once, as she can’t stand the sight, leaving her behind in a shivering state of uncontrolled fear.

Once outside, Jack’s perspective is shown through oblique and distorted angles, becoming an expression of confusion as he’s thrown into the back of a pickup truck, shown from an aerial view as he tries to wiggle out, replaying his mother’s instructions in his head, told not to jump until the truck comes to a stop and then run towards the first person he can find.  But when he’s finally outside, seeing the expanse of the blue sky above, it’s a spectacular moment of complete and utter incomprehension, impossible to even imagine, like waking up on another planet.  It’s a rare cinematic moment, as it should be filled with wonder and rapturous joy, but he’s driven instead by an insane fear that is crippling and paralyzing, as he can’t control where he is and what he’s doing, as every time he tries to run, he stumbles and falls, allowing an angrily pissed off Old Nick to grab him and snatch the note out of his hand, trying to drag him back to the truck, where Jack’s voice fails him as well, as he can’t cry out, but a guy walking his dog just happens to be there witnessing this odd spectacle, where the barking dog appears to spook Nick, who also runs away in fear, leaving a befuddled kid behind who can’t explain where he lives.  It was a risky plan that surprisingly worked, where a kindly female police officer is called onto the scene to try to sort things out, where Jack remains a ball of confusion in exasperated turmoil, unable to comprehend what he sees, where nothing makes sense to him.  Somehow, Officer Parker (Amanda Brugel) is able to decode Jack’s nearly indecipherable comments, turning into a more recognizable rescue scene, where Jack and his panicked mother remain in a state of shock, transported to a hospital room that may as well be a completely made up world.  The rest is harder to convey, where Ma’s name ironically is Joy, as she just wants to be reunited with her family, though the medical staff recommends a transitionary period of adjustment, but they are whisked off instead to a new house somewhere in front of a throng of well-wishers and television cameras swarming out front, creating an utter spectacle that they’re not ready for just yet.  While Joy guts it out, trying to remain a strong presence, she discovers her own parents are divorced, Joan Allen and William H. Macy, that they don’t live together anymore, instead Grandma is living with a new friend Leo (Tom McCamus), all of which scares the living bejesus out of Jack.


In something of a surprise, the narrative is extended beyond the rescue, where there is obviously more “behind” the story that the public rarely sees, where there are no easy roads to travel, as instead it’s a mish mosh of guilt, blame, wrong turns and recriminations, not to mention constantly adjusted expectations, where the extraordinary patience displayed by the calmness of the grandparents is in stark contrast to the tumultuous mood swings of Joy and Jack, whose behavior couldn’t be more inconsistent, both likely even more seriously traumatized than the film suggests, which may be the only serious flaw in making this material accessible to the public.  Overly timid and uncommunicative, where men in particular are an intimidating threat, Jack adapts quicker than his mother, where he learns to appreciate the kindness and helpful nature of his grandparents, who offer some of the more tender moments in the film.  Joy, on the other hand, is goaded into doing a misguided television interview for a big wad of badly needed cash, feeling the need for financial independence and not be so dependent on others, but she’s ill-equipped for the consequences, where she’s more in denial than ever about her own emotional fragility, unable to make sense of her parent’s split and the emotional distance that has come between them, wrongly blaming herself, feeling worthless and overly guilty for allowing what happened in the first place, as if it’s her fault, seeing herself more as an abject failure, where now that Jack’s found the helping hand of others, she’s not really needed anymore, going on a downward spiral where at some point she simply collapses, requiring extensive hospitalization, where Jack for the first time in his life must fend for himself without her.  It’s a portrait of unbearable sadness, where outside the Room there is so much space to fill, where both are overcome by the vastness of it all that literally overwhelms them with a crushing force they can’t hold off, where it seems there are too few therapists present, as this should be a standard part of the recovery process, but they’re expected to carry the weight of the world on their own.  While we are witness to really standout performances throughout, there’s a beautifully poignant reunification scene between the mother and son when Jack expresses an interest in returning to the Room, where he misses it.  Under police presence, surrounded by evidence tape, it’s hard for Jack to believe that this cramped, miniscule box was his entire universe for the first years of his life, where he remembers it as being so much more, but gone are all the drawings and personal attachments that made it feel like home, where all that’s left is a starkly barren storage shed that has been emptied of all its contents, where silently, under cover of a softly falling snow, they hold hands and walk into the uncertain future together.
Posted by Robert Kennedy at 12:05 AM