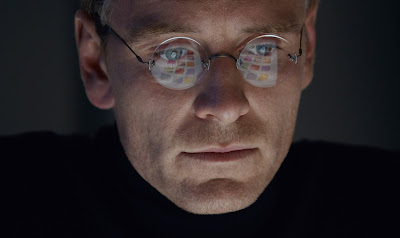 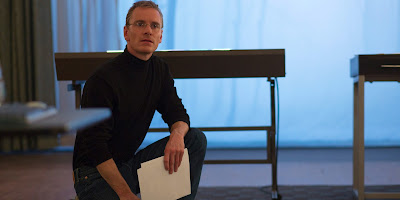 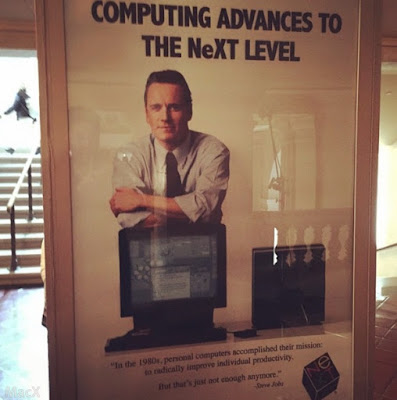 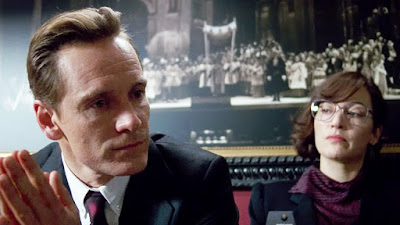 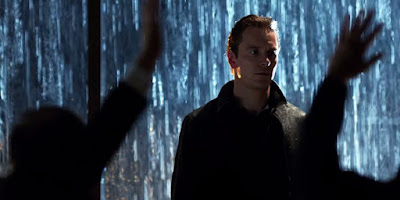 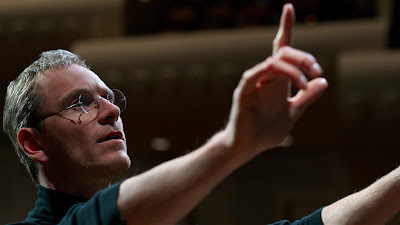 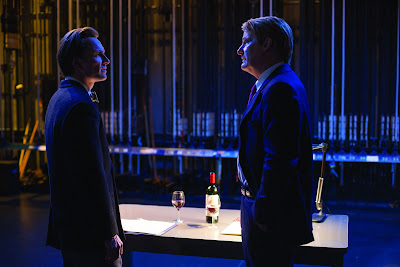 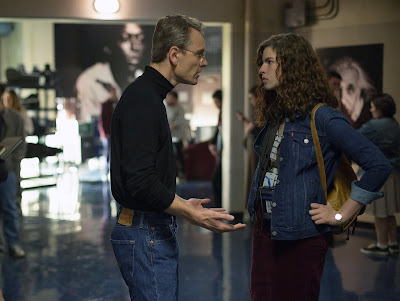 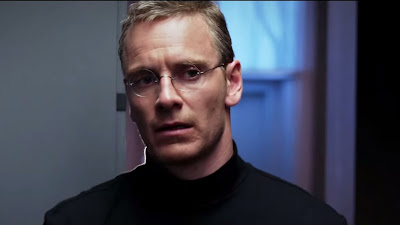 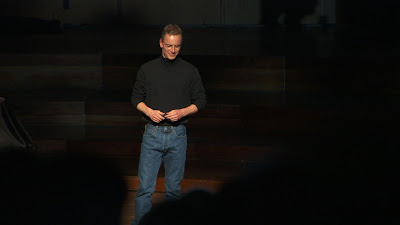 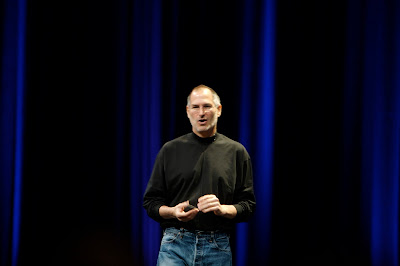 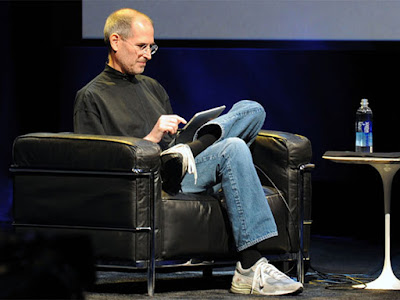 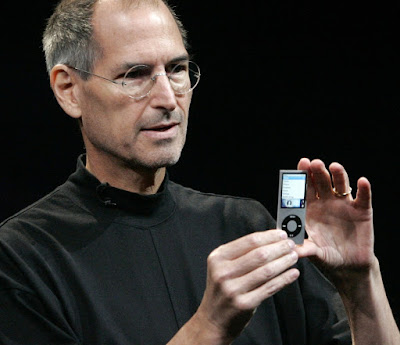 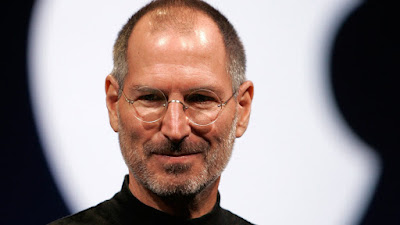 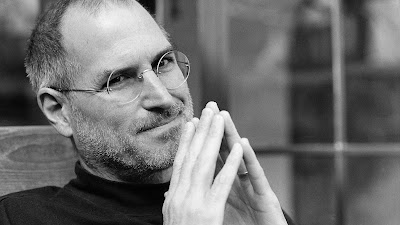 
Who knew Bob Dylan was a driving force behind the popularization of the computer on the Internet?   But if you watch this film Dylan and Steve Jobs are interconnected forces striving for social change.  Michael Fassbender may have been saner wearing a cartoon, papier-mâché head in 2014 Top Ten List #10 Frank , a film where music literally masks his mad obsessions and personal psychoses.  But as Steve Jobs, the overcontrolling, egomaniacal force behind an as yet undiscovered corporate product, demanding all the credit himself, though it remains unclear what it is exactly that he does do other than tyrannically browbeat everyone associated with his product while viciously undermining and demeaning the efforts of all others involved, placing himself center stage in his own Barnum & Bailey circus act, billed as “the greatest show on earth,” where he’s certain his innovations will revolutionize the way the world operates.  Who, other than himself, knew this would actually happen?  Curiously, as written by Aaron Sorkin, adapting Walter Isaacson’s book by the same name in 2011 (released 19 days after Jobs’ death), the film contrasts his enormous ambition with this swelled notion of what he would become, accentuating the abysmal failures of his first two product launchings, the first Macintosh computer in 1984 and the neXT “black cube” in 1988, not exactly humbling experiences, where the film is made up of the real time moments immediately preceding Jobs taking the stage before an anxiously anticipatory public, before finally realizing all his dreams with the release of desktop iMac in 1998, each section shot differently on 16 mm, 35 mm, and high definition digital.  One of the more startling reactions after seeing this film is:  who the hell is Joanna Hoffmann (played astonishingly by Kate Winslet, who has to be among the frontrunners for Best Supporting Actress)?  She deserves a medal for simply putting up with this man all these years (and did apparently two years in a row at Apple in 1981 and 1982 when a satirical award was given to her as “the person who did the best job of standing up to” the boss), showing such an alarming degree of patience and professional reserve as his world class marketing executive, where she is the only other person in the room who has any idea how his mind works and feeds off it constantly while making sure all the meticulous preparations before the momentous events are in place.


While not nearly the triumph of Aaron Sorkin’s earlier, more incisively written portrait of Facebook founder Mark Zuckerberg in David Fincher’s The Social Network (2010), which felt more like a quick-witted, highly inventive film instead of a more standard biographical approach, part of the problem is the structure itself, as it is entirely comprised of smaller, behind-the scenes moments, and while often humorous and cleverly written, it does offer an opportunity to view Jobs in connection to the world around him, where he is continually portrayed as an overbearing, arrogantly pompous ringleader continually driving his own personal ambitions above all else, it also resembles similar territory explored by the Coen brothers in Inside Llewyn Davis (2012), taking particular interest in focusing upon a subject “prior to” a major cultural shift that changed the nation.  In each the center of attention happens to be a particularly loathsome individual whose damaging flaws potentially undermine their own creative ingenuity, yet in Walter Isaacson’s biography, Jobs is described as the “creative entrepreneur whose passion for perfection and ferocious drive revolutionized six industries: personal computers, animated movies, music, phones, tablet computing, and digital publishing.”  Almost lost is the fact that by the time the film begins, Jobs and his computer whiz high school friend Steve Wozniak (Seth Rogan) have already made millions by co-founding Apple in 1976, with Wozniak designing the products while Jobs was the clever snake oil salesman who pitched the first mass-produced personal computers, Apple I and Apple II, as the new wave of the future.  With the idea of breaking away on his own, the film suggests his competitive mean streak of denouncing those that helped him get where he is today is all part of his personally conniving yet sophisticated sales pitch to promote new ideas that have yet to be realized, but only because technology has not advanced that far yet, continually lagging behind the creative process, which is how Jobs distances himself from his old friend Wozniak, as despite the technological advances in leaps and bounds, it simply can’t keep up.


Despite all the ballyhooed hype surrounding his product, holding others to a standard of perfection that he can’t remotely match himself, this film is like pulling back the curtain and exposing the wizard in THE WIZARD OF OZ (1939), where he’s revealed to be just a man.  In each case it’s quite a shock to the audience inevitably preferring all the razzle dazzle to the ordinariness of real life.  While Jobs is worth hundreds of millions of dollars, his ex-girlfriend and high school sweetheart Chrisann (Katherine Waterston) is forced to beg for money, literally going on welfare for his thoughtless refusal to pay child support for his out of wedlock child, where the man is humbled in so many ways (though without ever realizing it) by the sheer force of good will that comes from his daughter Lisa, who he refuses to recognize.  “I’m not your father,” he says on several occasions in front of Lisa, played by Makenzie Moss when she first hears it at the age of five.  Perhaps unintentionally, the smaller story about Lisa (played by three different actresses), who is present in each of the three launches depicted, is a much more compelling portrait than the larger surrounding drama of Jobs himself, despite another Herculean effort by Michael Fassbender, as she is the lesser developed but more vitally interesting subject in each instance as compared to the more ego-driven, madly out-of-control Frankenstein invention that is Jobs, where his human shortcomings are at the center of the picture, highlighted by his ongoing difficulties in taking a larger role in her life, where she turns out to be his Achilles heel.  Lisa actually has verve and personality and a burning desire to be loved and appreciated, while Jobs allows her to play with a now outdated interactive computer named after her called the Apple Lisa which she uses to impressively draw a picture, which remains one of the poignant moments of his entire life.  It is only after this minor victory, his invention succeeding with his own daughter while failing miserably on the technical front, with his latest design unable to say “Hello,” as advertised, where Jobs agrees to pay Chrisann whatever she needs.  Simultaneous to this little unplanned family visit, we’re witness to an overbearing Jobs bulling and browbeating his entire team with unreachable expectations, but no one worse than software architect Andy Hertzfeld (Michael Stuhlbarg) who can’t magically make it all happen, eventually implementing a plan of deception to fool the audience into believing that it works, even when it doesn’t.  Jobs rationalizes this sleight of hand is not really an ethics violation, convinced that by the time the product is released, “it will work.”


After a long, drawn-out power struggle, Jobs is booted out of Apple the next year in 1985 under mysterious circumstances, where an obviously offended Jobs claims he was fired, while CEO John Sculley (Jeff Daniels), one of Jobs’ strongest supporters, has a different interpretation that we only learn later.  Once more, the next launch four years later is a computer touted as an educational product, even as it’s priced out of the reach of most colleges, which, of course, doesn’t work either, as the machine simply doesn’t perform yet what it’s designed to do, leaving Jobs in a precarious position as he’s about to introduce it before a filled-to-capacity opera house lined with voraciously interested teachers and students who believe in the hype.  Nonetheless, he’s in surprising good spirits, having brought over an entire team from Apple to help him with this new design, where Lisa is now nine (played by Ripley Sobo), mysteriously pulled out of school for the occasion where she’s seen wearing Walkman headphones.  Asked what she’s listening to, she indicates “Both Sides Now,” a “really old” Joni Mitchell song where her father can, surprisingly, recite the lyrics, where suddenly he doesn’t seem so distant, but only for the moment, as he rather infamously has it out with a highly perturbed Steve Wozniak who is himself being pushed out of the Jobs inner circle, labeled a betrayer who helped push Jobs out, where the two engage in a dysfunctional family drama hurling incendiary verbal barbs at one another in front of friends, coworkers and the press, where rumors are swirling suggesting Jobs may actually be back as the head of Apple, which has reached economic stagnation.  Still, Jobs is utterly speechless when his emotionally torn daughter gives him a big hug before she leaves, indicating “I want to live with you.”  Rather than the happy family reunion that some might have preferred, Jobs never really gave the idea a thought, instead he is emphatically anointed as the “chosen one,” returning as the CEO of a company on the verge of bankruptcy, needing the brilliance of his ideas to reshape and envision the future, where there is a clever use of flashback sequences to reimagine how it all began when they were long-haired kids hanging out in the garage, but now Jobs was more than happy to fill the bill, going on an unprecedented run of successes that are only hinted at in the film, like the iMac, iTunes, Apple Stores, the iPod, the iTunes Store, the iPhone, the App Store, and the iPad.  Still, he’s on the receiving end of an obviously angry tirade from his now 19-year old daughter (Perla Haney-Jardine) who has finally learned to reject him as the deadbeat dad he always was, but ever the consummate salesman, he promises to find a way to “put five hundred or a thousand songs in your pocket.” finally admitting that “I’m poorly made,” as if he’s little more than one of his own machines, luring her back into his good graces as he hears the thunderous sounds of the applause awaiting him as he magnanimously steps onto the stage into the resounding acclaim of the flashbulbs and bright lights, finally earning the adoration of a fickle public.
Posted by Robert Kennedy at 12:00 AM