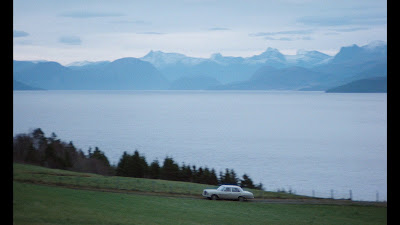 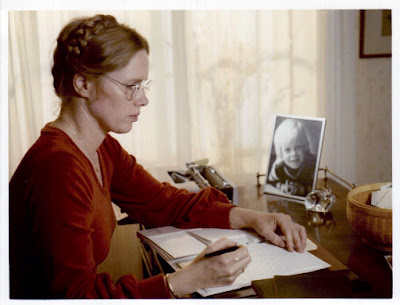 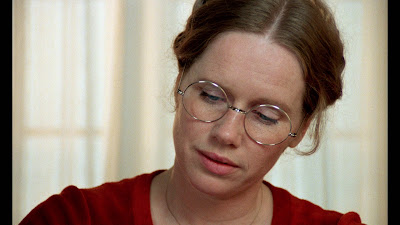 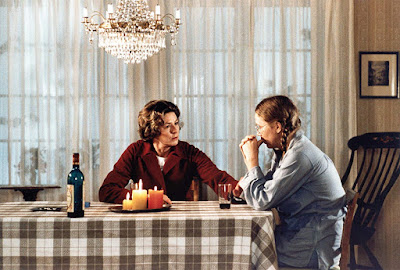 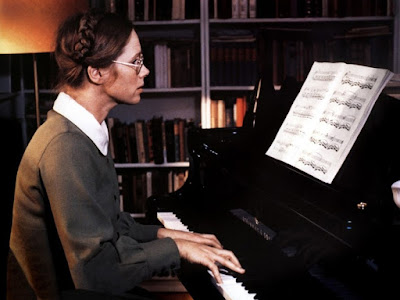 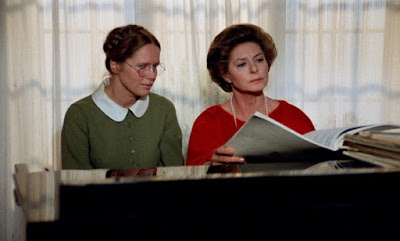 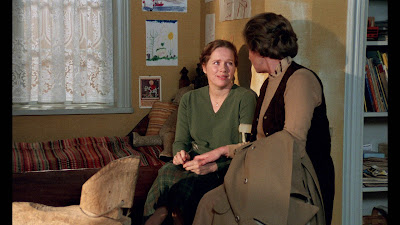 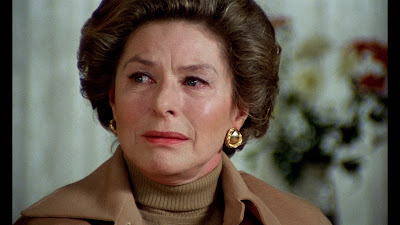 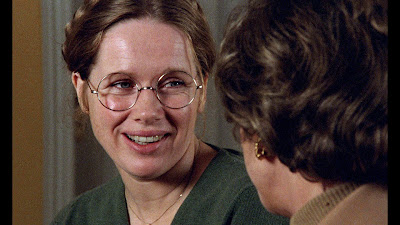 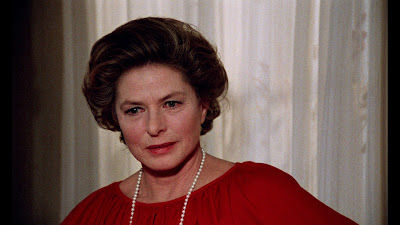 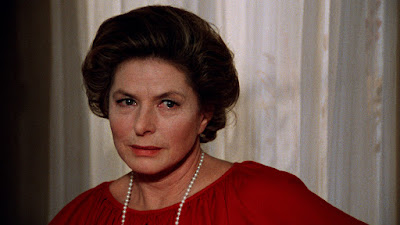 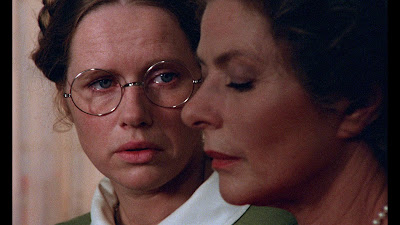 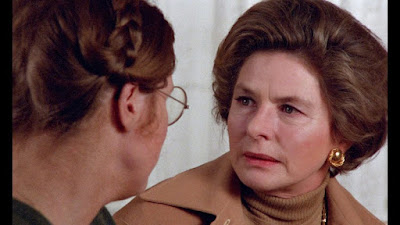 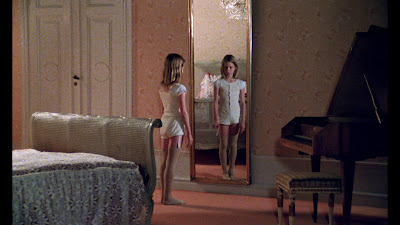 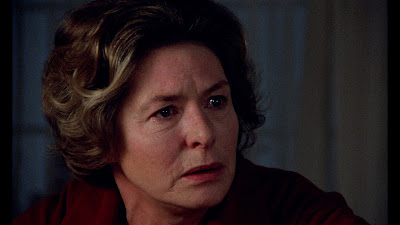 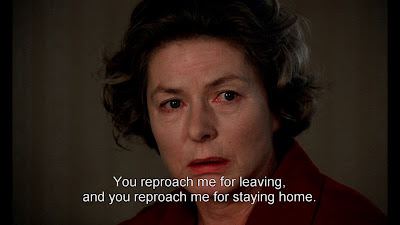 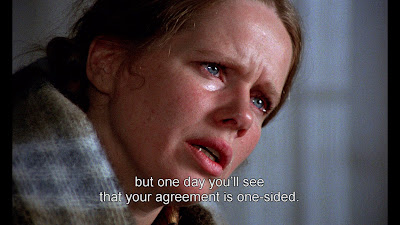 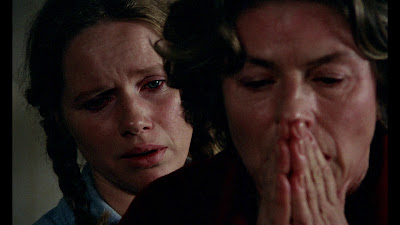 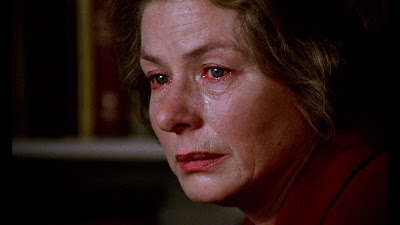 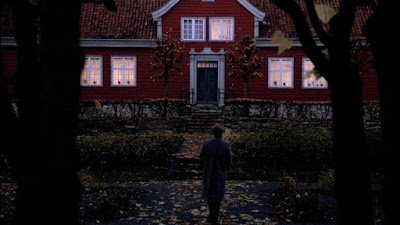 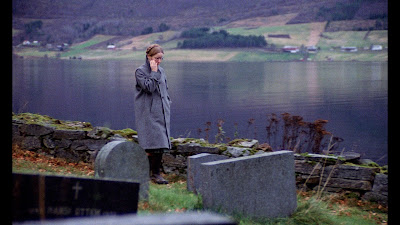 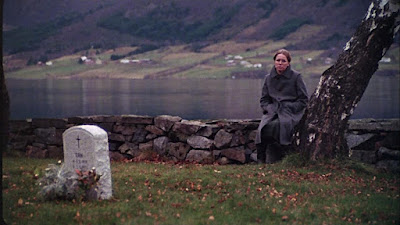 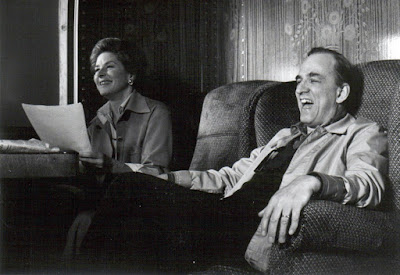 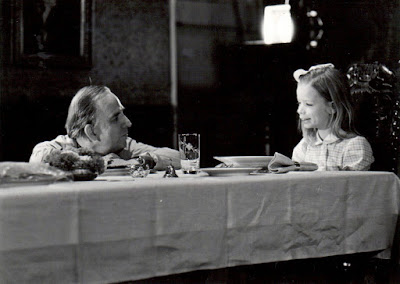 Bergman directing his daughter Linn Ullmann on the set 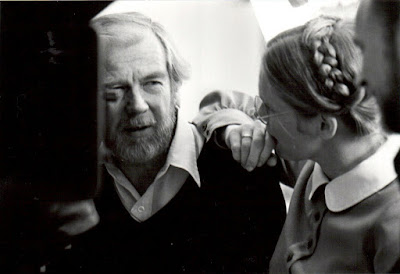 Taking thirteen years to make (promising her a script when they first met), this is the first time Bergman worked with the “other” Bergman, namely Ingrid, the iconic Swedish star of CASABLANCA (1942), appearing in her final role (diagnosed with breast cancer at the start of filming), it pits the self-centered nature of an artist who leaves her family and children in her formative years to go off and pursue a career (much like the career trajectory of both Bergmans), leaving gaping holes of abandonment and emotional neglect, with adult relationships turned sour and dysfunctional, with a daughter believing the sins of the mother have been passed on to her, leaving her emotionally crippled, feeling incapable of love.  Emerging from one of the darkest spells in Ingmar Bergman’s life, in 1976 he had gone into voluntary exile in Munich after charges of tax evasion, accused of hiding income from certain films, suffering a mental breakdown, where he was institutionalized for several weeks, so the film was actually shot in Norway, but spoken in Swedish, a native language Ingrid Bergman hadn’t spoken in over a decade of making films, where curiously she speaks Italian to her own children and English professionally.  While the tax charges eventually proved false, Bergman later returned to his native Sweden to make what many consider his best film, FANNY AND ALEXANDER (1982), but his years in exile reflect a stinging anger and bitterness provoked by this experience.  Released the same year as Mommie Dearest, a scathing memoir and exposé written by Christina Crawford, adopted daughter of actress Joan Crawford, describing the hell of living with the sadistic alcoholic exploits of her mother who had no business raising children, much of this film covers similar territory.  Ingrid Bergman left her children from her first marriage for the notorious affair with director Roberto Rossellini, viewed as a major scandal at the time, while Ingmar Bergman had eight children, some of whom didn’t even meet each other until his 60th birthday celebration just a few months after shooting on this film finished, so this could be described as a “chickens come home to roost” film.  Beautifully shot by Sven Nyqvist, using candles, lamps, and artificial light to produce an autumnal effect, using oppressive close-ups, there is a distinct coldness in every frame, revealing a psychological chamber drama exposing the damage caused by emotional suppression, where this is a bruisingly honest and searingly confessional memory play that is difficult to stomach with the degree of intense hatred on display pouring out of a mother and daughter saga, both blind by the consequences of their behavior, given an illusory tone, both denying their own responsibilities, believing in a perfect world that doesn’t exist.  Similarly, Bergman has shown an antagonistic distrust of professional men in his films, whether it is a doctor or lawyer, military officer or college professor, skewering them with satiric barbs, constantly undermining their authority, yet he gives them a pass when it comes to the artist, showing a deference to creative personalities, often viewed as charlatans or fakes, as if their soul is on public display, subject to public humiliation, perhaps thinking this is punishment enough, as if trying to absolve himself of his so-called sins.  And while initially it appears he is holding nothing back, allowing a full-fledged assault to take place before our eyes, yet the ferocity evolves into a kind of blind resignation, with both characters unable to grasp the truth of the matter and are none the wiser, rationalizing to themselves, finding a more restrained alternative fallback position that is easier to live with, though both seem perpetually doomed, in stark contrast to the words written into the daughter’s diary at the outset, “One must learn how to live.  I work at it every day.”