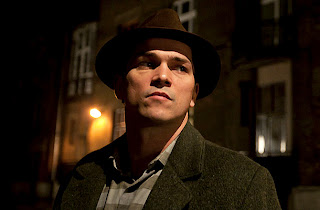 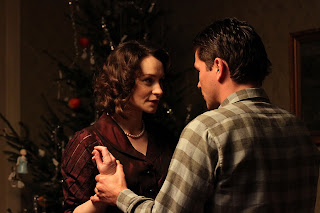 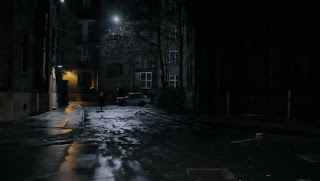 A year after the failed Hungarian uprising of 1956, when Russian tanks occupied Budapest, this film is a Kafkaesque reminder of the absurd lengths the communist secret police would stoop to in order to test their own people’s loyalty, literally inventing fake scenarios testing what their agents would do when tempted under extreme duress, all while they are miked, wiretapped, and secretly observed.  While the list of agents remains classified, the screenwriter Norbert Köbli obtained access to historical educational films that were used to train agents, becoming the basic structure of the film.  The director seems to have been schooled on Spielberg films, as this Eastern European film has a westernized Hollywood feel, where the focus is on the film construction, as this is a heavily mechanized work fitting all the pieces of the puzzle together, where paranoia lurks behind every shadow, using gorgeously photographed stars wearing clothes from a distinctly stylized period, and even the streets are always watered down to get that maximum look.

More of an action thriller, where the established tone is a creepy aura of suspicion, there’s not much character development, or anything particularly likeable about any of the characters.  The entire film takes place over a few hours on Christmas Eve, mostly set in two apartments, where in one, Zsolt Nagy as the ruggedly handsome Jung András fronts as a teacher while acting as a mid-level agent collecting information from civilians informing on fellow citizens, and in the other, unbeknownst to Jung, are higher level Secret Police photographing, listening to eavesdropping devices, and watching his every move, run by the stern-faced Markó (Janos Kulka), something of a mentor and father figure to Jung who lost his own parents when he was young.

The first breach of protocol is a surprise visit from Eva (Gabriella Hamori), an obviously attractive woman with a connection to the freedom movement before the occupation, where the three Secret Policemen squeezed into tight quarters are forced to listen to a passionate lovemaking session between a couple that obviously knows each other, arousing suspicion about Jung’s loyalty to the Party.  Revisiting much of the same territory as THE LIVES OF OTHERS (2006), Markó plays a similarly conflicted oversight role, a Party stalwart while also feeling attached to his young protégé, knowing full well that his actions are being watched as well.  All bets are off however when Jung suspects he’s being watched, making a beeline to the suspected area only to be thwarted by clever diversionary tactics, but the tension quickly elevates, much of it beautifully photographed by Zsolt Toth in the dark of night, where the amped up music of Gergely Parádi drives the action.  Although the viewer doesn’t realize at first, the authorities have chosen this night to implement their highly challenging exam, an obscure, incredibly secretive procedure allegedly designed by the Russians, supposedly a surefire method to test their agents in the field.

The complexity of the ordeal takes on dramatic proportions after Jung suspects something is up, turning this into a highly unorthodox espionage case, with both sides of allegedly the same team spying on each other, each suspecting someone has turned, where no one really knows who to trust, but certainly a worse case scenario would be somebody getting killed during an artificially designed secret exam.  Interestingly, this film was initially shot on a small budget targeted for a Hungarian television audience, but was released in theaters first due to the unexpected quality of the film, winner of the Best New Director Award at the Chicago Film Festival, “a film which combines the intricate plotting of a Cold War secret agent thriller with the serious undercurrent concerning deeper issues of personal loyalty versus the police state; it exudes a quiet confidence, remarkable in a new filmmaker.”
Posted by Robert Kennedy at 11:04 AM