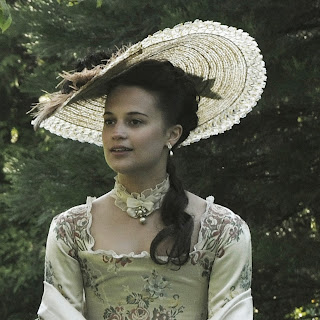 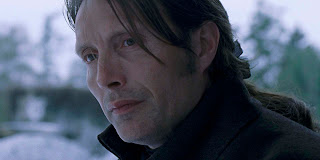 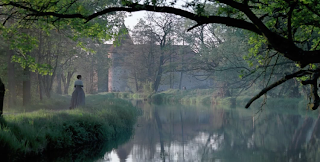 
Anyone who has seen a Karl Theodor Dreyer film knows exactly what this film is about, especially the corrupt power of the Church which in the mid 18th century still believed in torture, heresy, and fear mongering, spreading vicious rumors to undermine any threat to their own power, creating such a repressive, punishment oriented society that they were viewed with disdain by the rest of neighboring Europe which was undergoing an Age of Enlightenment, led by radical free-thinking French such as Voltaire and Jean-Jacques Rousseau that endorsed individual freedoms over tyrannical and oppressive regimes, ideas that sparked American independence while also leading to The storming of the Bastille, which opened the doors of the French Revolution.  But while the rest of the world was enjoying newly discovered freedoms, Denmark remained entrenched in a corrupt monarchy run by the repressive regime of the Lutheran Orthodox Church which advocated tortuous punishments.  This is the background of the film, a kind of Danish Dr. Zhivago, told with the same epic sweep where a doomed and illicit romance is set against the backdrop of history.  Shot in ‘Scope by Rasmus Videbaek, the luscious visual composition along with the largesse of the natural landscape impresses from the outset, where one can’t help but think it’s been ages since Hollywood produced a movie with such a glorious look to it.  But of course, they’d need big name stars that would cost a fortune, any one of which would cost more than the entire budget of this film, as they’d never invest in anything less than proven star material, yet here the Danes have mastered the epic historical romance for a little more than $8 million dollars, easily making it look better than most $100 million dollar Hollywood movies.  That’s likely the reason the film is one of the 5 nominated Best Foreign Films, a gorgeous costume drama that actually has a superb story to tell, based on two novels, Per Olov Enquist's The Visit Of The Royal Physician, read ahead of time by both the director and fellow screenwriter Rasmus Heisterberg, but owned by a publishing company that refused to sell the rights for the movie, as they were looking to negotiate a better deal translating the novel into English, so screenwriting credit goes to Bodil Steensen-Leth's erotic novel Prinsesse Af Blodet.  What one comes away with after having viewed this film is the severity of the subject material, feeling positively Shakespearean, based on real events, one of the great stories in Danish history, all the more impressive the way these extraordinary actors make it come alive onscreen.


The director is known for having written the screenplay, adapted from the Stieg Larsson novel, for the Swedish version of THE GIRL WITH THE DRAGON TATTOO (2009), much superior to the American David Fincher version, in my view, as it best captures the depth and interior strength of the characters, which is certainly the captivating allure of the immensely popular novel.  He has done the same here, where the film begins and ends with Alicia Vikander, who won the Swedish Best Actress Award several years ago for her performance in Pure (Till det som är vackert) (2009), playing Caroline Mathilde, a gorgeous and highly educated member of the British royal family.  Reminiscent of Sofia Coppola's MARIE ANTOINETTE (2006), her family has arranged a marriage to the young King of Denmark, someone she’s never met, making her Queen of Denmark at the age of fifteen, where the opening landscape sequences frame the horse-driven coaches and the royal entourage as tiny objects at the bottom of the screen, overwhelmed by the majestic beauty that surrounds them.  To her utter surprise, the man to whom she has been betrothed, Christian VII (Mikkel Boe Følsgaard), is mentally deficient, not overly so to the point of incompetence, but his infantile interests and crude, self-centered manner, subject to embarrassing outbursts, keep him secluded behind the walls of the royal palace where the nature of his condition is kept secret.  When they first meet, he has no interest whatsoever in marriage, but prefers the entertainment of watching plays and spending all his time with women of the flesh, enjoying a life of pampered decadence.  When it’s clear she has brains, talent, and much to admire, exactly what he lacks, he angrily warns her “Don’t steal my light!” as he needs to be the center of attention, with people constantly at his beck and call, where being King is more a game he plays, a theatrical role he relishes, while she’s called upon to display the aristocratic reserve and proper etiquette and manner of a royal head of household.  He sarcastically calls her “Mommy” throughout, as she’s constantly admonishing him for spending so much time in bordellos, eventually refusing to see him altogether, as it’s simply a waste of time.  While this is the surface reality, there is an ominous underlying tone in Caroline’s narration, where she is sometime in the future writing letters to her children, explaining the horrific circumstances as to why she hasn’t seen them.  These thoughts, however, are revealed sparingly, yet it interestingly provides insight into the present.


Mads Mikkelsen plays Johann Friedrich Struensee, the son of a well known yet highly conservative German judge, seen as little more than a country doctor treating the poor at the outset, but we quickly discover he’s a bold and radical proponent of the Enlightenment freedoms, exactly the opposite of what his father stands for, so he keeps a low profile, writing materials anonymously.  His superior intellect and elegant manner, however, lands him a position as the personal physician to Christian VII, gaining his trust instantly by being able to quote Shakespeare, becoming his friend and trusted ally, though Christian views him as his favorite playmate.  Over time, Dr. Struensee wins over the royal court, having a positive effect on the King, who has fewer moments of outrageous instability, which impresses the Queen, who is struck by how he managed to sneak in censored books into his personal library, reading them all, quickly becoming intimate friends.  It must be mentioned that while the King is freely screwing every harlot in the county several times over, the Queen is isolated by duty and custom, raising a young son, but leading an extraordinarily repressive existence where she has little social life to speak of.  The intelligent conversations with Struensee feel like a godsend to her, a rare opportunity, leading to a scandalous secret affair.  This opened the doors for radical reforms, where the King, in a stroke of momentary clarity, literally dismissed the oppositional cabinet members loyal to the Church, allowing Struensee to craft new laws, eliminating censorship, abolishing torture, free labor, and the slave trade, while assigning land to peasant farmers, reforms that captured the attention of the rest of Europe, as if Denmark had come out of the Dark Ages.  When the Queen had another baby, however, almost certainly Struensee’s, it created a scandal and their brief window of freedom was coming to a close, acknowledging they underestimated the cruelty of the opposition, who began spreading vile lies and xenophobic rumors about the German’s influence, all designed to reassert what they claimed was their legitimate authority, eventually bribing their way back into power, arresting both Struensee and the Queen, sending him to the guillotine while exiling her for the rest of her life, but only after taking away her children.  While Gabriel Yared and Cyrille Aufort’s lushly scored music adds elegance and depth to the proceedings, it’s a riveting tale, told with exquisite detail, perhaps overly long, but the severity of tone is in stark contrast to that brief flurry of freedom and happiness where the doors are suddenly opened to a new dawn, only to be slammed shut again, torture and censorships quickly reinstated, leading Denmark once again back into the darkness.
Posted by Robert Kennedy at 2:54 PM