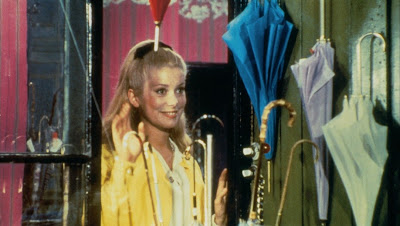 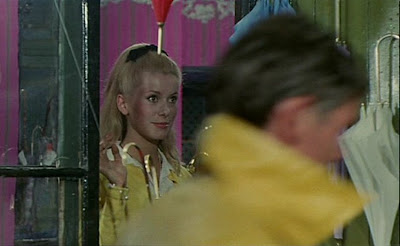 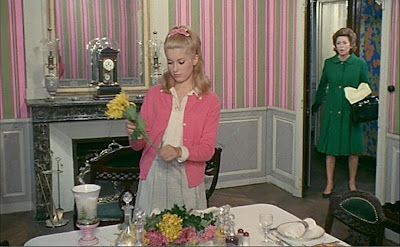 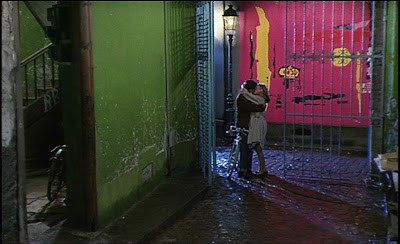 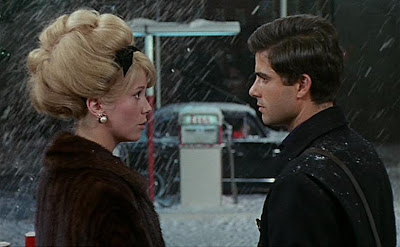 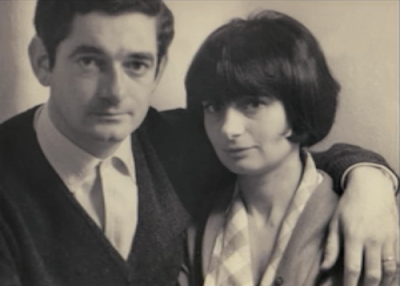 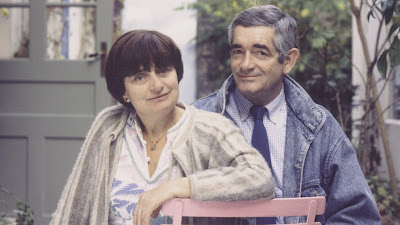 Winner of the Cannes Film Festival’s Palme d’Or, one of the most popular films of the decade which had long been unavailable, but was restored in 1992 by his widow Agnès Varda, the film is unique as it is a film opera, nothing is spoken, everything is sung, which takes a few moments of adjustment in the theater before you can sit back and appreciate the breadth of such an entirely fresh, yet experimental cinematic experience, which throbs with lavish color.  Demy was a great admirer of the Golden Age of MGM musicals, but this story is bleaker than the look of the film.  There are strands of realism strung throughout this incredibly beautiful production design, which are enormously appealing, much like Puccini’s La Boheme, an opera set in Paris that was famous for introducing elements of realism into opera, a scandalous concept at the time.

This is a stunning contrast of shifting styles, moods, colors, and rhythms, all set to the music of Michel Legrand’s dreamy and melodic score, which feels like a true artistic jazz improvisation, opening to the lilting sound of flutes on a cobblestone street in the rain, situated next to the docks of a river, where all the city’s multi-colored umbrellas open like flowers blooming on the pedestrian-filled streets of Cherbourg.  The screen bursts into a pastel of purples, lavenders, blues, reds, pinks, and yellows before the music shifts into a jazz riff that establishes the rhythm and pace of the young lovers in the film, later building to a shattering climax when they sing the love theme “I Will Wait for You” Love theme from "Les parapluies de Cherbourg" (1964) - YouTube (7:01), where they’re seen floating on air at the midway point.  Divided into three sections, the Departure, the Absence, and the Return, there are quick movements, brief sequences with quick edits, where the lines are initially only 4 or 5 words, all underscored by a constant beat.

Nino Castelnuovo plays Guy, a handsome garage mechanic, while 20-year old Catherine Deneuve plays Genevieve, his breathtakingly beautiful sweetheart who works in her mother’s umbrella shop.  As he’s called away for two years of military service, where in the middle of this romanticized love, the war in Algeria beckons, so they spend a single night together, leaving her pregnant without his knowledge.  In the absence, their lives change forever.  He gets wounded, but doesn’t write, leaving her heartbroken and alone, so at her mother’s prodding, she reluctantly marries a rich older gentleman (Marc Michel), for whom she shares little affection, but she and her son’s needs are easily provided for.  The bursts of color and energy and joy, and their pleas of neverending love from their youth remain a bittersweet memory.  The film has a legendary and heartbreaking finale where years have passed and they meet purely by chance at Guy’s gas station, shot above from a high crane shot overlooking Guy’s Esso station, without Genevieve, settled under a white blanket of snow Ending of "The Umbrellas of Cherbourg" - YouTube (7:03).  This is visionary cinema, an enchanting poetic-realist romance that becomes especially poignant with the passing of time.  Interesting that, depending on what happens in that final sequence, the audience undergoes a complete emotional shift and transformation, where everything that came before may be seen with an entirely new meaning.
Posted by Robert Kennedy at 9:06 AM