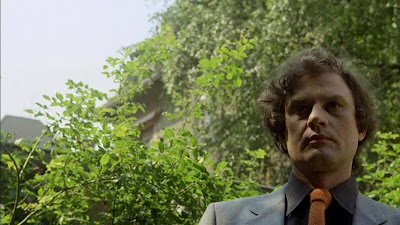 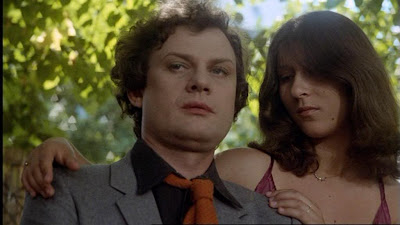 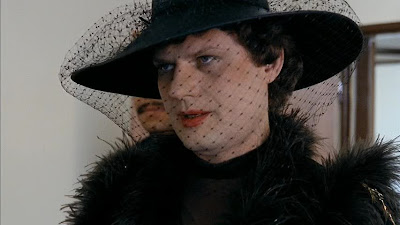 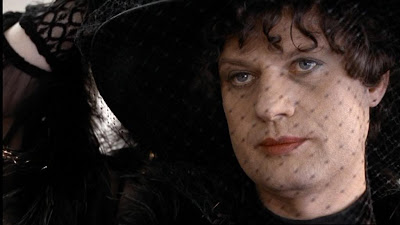 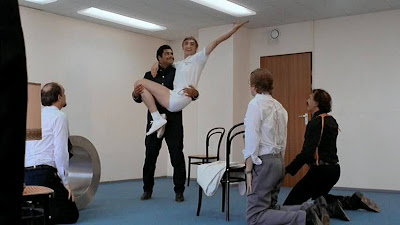 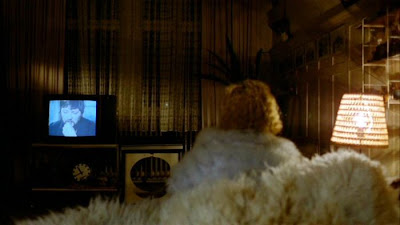 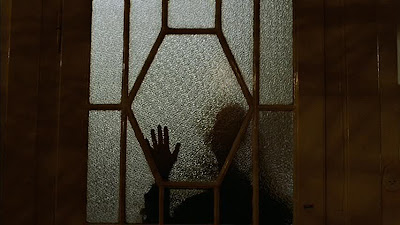 The film IN A YEAR OF 13 MOONS is told through the encounters of a man during the last five days of his life and it tries, on the basis of these encounters, to figure out whether this man’s decision, that on the final day, the fifth, he will allow no further days to follow, that he will refuse, is somehow understandable, or perhaps even acceptable.
—Rainer Werner Fassbinder (1978)

Every seventh year is a lunar year. Those people whose lives are essentially dominated by their emotions suffer particularly strongly from depressions in these lunar years. The same is also true of years with 13 new moons, albeit not quite so strongly. And if a lunar year also happens to be a year with 13 new moons, the result is often a personal catastrophe.

In an unfortunately short career, from 1969 until his drug-induced death in 1982, Fassbinder directed 40 feature-length films.  One similarity in all of Fassbinder’s films are characters, straight or gay, male or female, who are unable to connect with people in the world around them, whose frustration with their own lives provides the meaning to his films.  A raw, searing, emotional powerhouse, with Fassbinder as the writer, director, cameraman, art director, and editor (with Juliane Lorenz), an extremely provocative and unimaginably compelling response to the guilt the director felt from his partner Armin Meier’s suicide, probably on Fassbinder’s birthday May 31st 1978 in Fassbinder’s apartment while he was receiving accolades at the Cannes Film Festival for DESPAIR (1978), allegedly due to their impending split, the 2nd such suicide in Fassbinder’s personal life, making relationships appear hopelessly dangerous and impossible.  Shot just a month after the death, the subject of the film, which follows the last five days of transsexual Elvira, born Erwin, unwanted and raised by nuns, played powerfully and tragically by Volker Spengler, who rarely speaks above a poetic whisper, where Erwin falls in love with Anton Saetz (Gottfried John), a rich Jewish Holocaust survivor from Bergen-Belsen who now owns real estate in Frankfurt, a city portrayed as a soulless expression of the sadistic effects of capitalism.  Saetz watches a scene with his bodyguards from the Jerry Lewis movie YOU’RE NEVER TOO YOUNG (1955) Jerry Lewis - You're Never Too Young - YouTube (4:18), featuring Jerry masquerading as a member of a female teenage marching band in what has to be one of Fassbinder’s most unforgettable uses of irony, and remarks to Erwin, offhandedly, “too bad you’re not a girl,” which was enough to cause Erwin to have his sex changed, the ultimate act of love, demasculation, and a willingness to die for his love, only to be rejected and laughed at by Saetz, later beaten by men on the street, causing Elvira to revisit the stations of her life.

Often characters will speak long passages of dialogue while seemingly unconnected images are seen onscreen.  In the company of her friend, a sweet-natured whore, Zora (Ingrid Craven), Elvira sets out to tour the slaughterhouse where she as a he used to work as a butcher, the visuals are similar to Godard’s WEEKEND (1967), but Elvira’s underlying narrative describing her own story is excruciatingly painful, an assaultive, agonizing, yet ecstatic scene, using historical trauma to communicate a sense of the personal, perhaps Fassbinder’s reference to the slaughter of the Holocaust:  “It’s not against life at all.  It is life itself.  The way the blood streams, and death, that’s what gives an animal’s life meaning in the first place.  And the smell when they die and they know death is coming and that it’s beautiful and they wait for it...Come with me, I’ll show you.  It’ll smell, and we’ll see them die and hear their cries, cries for deliverance.”  While the meats are butchered, stripped, and flayed, the intensity of the images mixed with the near hysterical pitch of Volker Spengler’s voice leave a lasting impression that sticks with the viewer through every moment of the film.  Elvira can be heard telling her friend Zora about her life with her last lover, mimicking his distraught, intoxicating lines as an actor, words competing with barely audible images, how she made a “man” out of him quoting a famous final passage from Goethe’s Torquato Tasso, which directly alludes to the relation of pain to expression, of containment and silence:  “And when our gaze lights on a monstrous deed, the soul stands still the while…And if as a man, I am silenced in my agony, a god taught me to speak of how I suffer.”

Elvira identifies with humans falling silent in their pain and expresses anxiety over castration, the act of demasculation, a reference to the impossible sacrifice it would take to rid the German male identity of the Nazi, which leads to a dream of a cemetery in which are buried not the dead, but the brief times “a person was truly happy.”  Next she visits the convent of her youth, and speaks with the Sister (Lilo Pempeit, Fassbinder’s mother), who describes the intense longing Erwin felt as a young boy waiting for the next visits from his step-parents to be with such detail that Elvira responds by fainting, remembering the stark emptiness she once felt when she realized the visits would eventually end.  Challenging or punctuating our notion of history and forgetfulness, Fassbinder creates a peculiar party sequence underscored by a shrieking soundtrack of recorded screams with one man talking incessantly while another quietly pumps iron, or Elvira witnesses a black man hang himself in one of Anton Saetz’s empty rooms but not before he helps open her bottle of wine, while in another Zora watches television while Elvira is asleep, as a news broadcast details the horrors of Pinochet's regime in Chile, where Fassbinder places himself on the television right after the newsreel footage, literally implicating himself in Armin Meier’s tragic death.  The unforgettable tape recorded narration heard throughout the film (particularly during the final scene) was not scripted, but was recorded with Fassbinder asking questions of Volker Spengler answering in character, where by the end, Fassbinder’s voice was cut out, as Elvira in the end quietly decides to end her life.  The film utilizes harsh color, asymmetric sets, a dissonant sound track, and alternating narrative techniques to evoke the depths of Evira’s pain, a film of suffering, muteness, and repression, stretching the boundaries of conventional storytelling, also starring Elisabeth Trissenaar and Eva Mattes, dedicated to Armin Meier - - easily Fassbinder’s most personal film.
Posted by Robert Kennedy at 10:37 AM