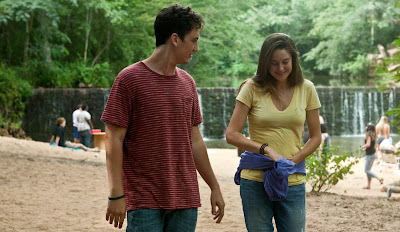 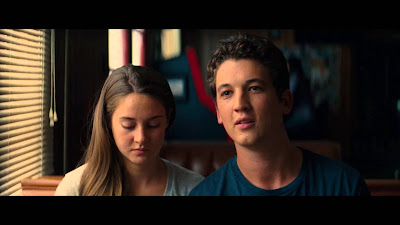 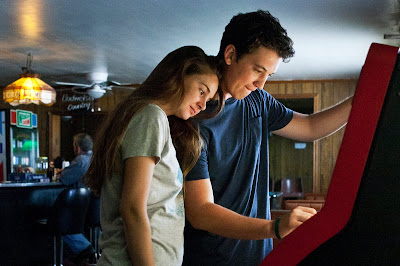 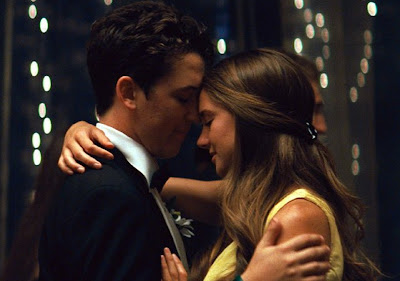 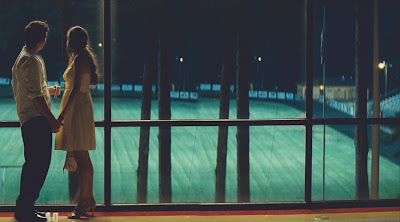 I open my arms wide and let the wind flow over me. I love the universe and the universe loves me. That’s the one-two punch right there, wanting to love and wanting to be loved. Everything else is pure idiocy—shiny fancy outfits, Geech-green Cadillacs, sixty-dollar haircuts, schlock radio, celebrity-rehab idiots, and most of all, the atomic vampires with their de-soul-inators, and flag-draped coffins.

Goodbye to all that, I say. And goodbye to Mr. Asterhole and the Red Death of algebra and to the likes of Geech and Keeeevin. Goodbye to Mom’s rented tan and my sister’s chargecard boobs. Goodbye to Dad for the second and last time. Goodbye to black spells and jagged hangovers, divorces, and Fort Worth nightmares. To high school and Bob Lewis and once-upon-a-time Ricky. Goodbye to the future and the past and, most of all, to Aimee and Cassidy and all the other girls who came and went and came and went.

Goodbye. Goodbye. I can’t feel you anymore. The night is almost too beautifully pure for my soul to contain. I walk with my arms spread open under the big fat moon. Heroic weeds rise up from the cracks in the sidewalk, and the colored lights of the Hawaiian Breeze ignite the broken glass in the gutter. Goodbye, I say, goodbye, as I disappear little by little into the middle of the middle of my own spectacular now.

Like S.E. Hinton’s young adult novels, this Tim Tharp novel is also set in Oklahoma, but has been transported to movie director James Ponsoldt’s home town of Athens, Georgia, as he explained:  “The script didn't identify where it was set—the setting just wasn't a big city.  It felt vaguely suburban—or kind of like a college town.  It seemed to me that the script had a sense of place in the way that Breaking Away (1979) did.  Athens was such an obvious candidate as a setting to shoot the film in—and it was really the only place I wanted to make the film.  Filming in Athens was incredibly meaningful to me.  We shot in the streets and houses of my childhood!”  While the movie is filmed in Georgia, there are no accents, no southern hospitality give-aways, no local beer references like Terrapin Beer Company, and nothing specific to identify a location, although we learn it’s not Texas, California, or Philadelphia, and is in a place that seems far away from those places.  But the beauty of it all is that it could be anywhere, as it’s a rite of passage story, one that takes us to a place most of us have already been before, as we’ve probably lived it.  What distinguishes this small little indie film from others is that the voices ring so true, as there’s nothing fabricated or Hollywood contrived about these characters.  These are beautifully written people that have not yet been corrupted by a movie business that long ago forgot to tell their stories, so at least for a brief moment in time, what you experience here feels genuine.  Opening and closing with the voice of Sutter Keely, Miles Teller from John Cameron Mitchell’s RABBIT HOLE (2010), a high school senior that is narrating a college application essay where he’s asked to mention experiences about any particular hardships he’s had to overcome.  This immediately jettisons us directly into his life which is expressed as a sustained flashback.  His is not an ordinary story, but there’s also nothing truly exceptional about it either, as it could be any one of us.  What makes it so compelling is the naturalistic strand of realism exhibited throughout, where there are even noticeable scars left intact on actor Teller’s face incurred from a real life car accident that figure prominently in how the film refuses to whitewash reality.

Sutter begins his story by describing how he loses his girlfriend Cassidy (Brie Larsen) by trying to get Ricky (Masam Holden), one of his smart but geeky friends “some action,” setting him up on a double date where he’s unfortunately caught by his girlfriend.  As Cassidy is one of the prettiest girls in school, Sutter has ties with the more popular “in crowd,” where he’s such an easy going kid that he seems to connect with everyone, as his friendly, overly gregarious nature makes him extremely likeable, where at his age he exhibits an unshakeable confidence, often dispensing advice to others.  When we see him at parties, he and Cassidy have always been the life of the party, the ones other kids come to hang out with for fun.  But she’s not cool with what she’s seen, so Sutter spends a night bravely trying to drink away his difficulties, ending up asleep the next morning on somebody’s front lawn, completely in the dark about where he left his car.  He’s discovered by Aimee, Shailene Woodley from Alexander Payne’s The Descendants (2011), a smart but overly shy girl that knows him from school, as they’re in the same classes, but he hasn’t a clue who she is.  Nonetheless, she’s cute and he’s without a girlfriend at the moment, so he takes an interest and discovers she’s an amazingly sweet listener who’s uncomfortable talking about herself, which for an amiable guy like him is something of a challenge, so he grows more curious about her.  By this time, we realize Sutter has a habit of pulling a flask out of his coat pocket and pouring alcohol into his soft drinks, something he regularly does at his job at a shoe store as well, where we begin to realize why he’s such a happy go lucky guy, a friend to everyone except himself.  Aimee is much the same way, exhibiting low self-esteem, never wanting to draw attention to herself, where the two, perhaps surprisingly, hit it off immediately, even though it’s obvious he still has his eye on Cassidy.


What’s perhaps more surprising is Cassidy still likes him, enjoys speaking candidly with him like they’re still good friends, but expresses no interest in going out with him again, as she’s currently going out with Marcus (Dayo Okeniyi), the black football star who’s also class president.  So even though the audience knows he’s waffling about his strong feelings for Cassidy, the relationship with Aimee is genuinely motivated and utterly sincere, where she can even help him with his failing geometry, but they both have parental anxiety issues, as Aimee wants to go to college in Philadelphia, and has been accepted, but her mom insists that she stay at home and help support the family, while Sutter hasn’t a clue where his father is, but knows his mother (Jennifer Jason Leigh) won’t even speak about him since he left.  What we discover are two unhappy kids who literally need one another, where both are in denial about major issues in their lives, each one shrugging it off as if it’s an everyday part of being normal.  Sutter’s family, including his friends, all have broken marriages, where he’s not aware of any happy adults, making him a bit leery about the future, where he instead concentrates on today and forgets about tomorrow.  There are some extraordinary scenes of extended conversations that have a way of including the audience in the impact of the moment, where our reactions will surely conflict with the notions of teenage kids, but some of these scenes are simply heartbreaking.  The secondary characters are hardly window dressing, but feature significantly into their lives, where their influence matters, as these are genuinely helpful people who are concerned about their welfare but may not know how to help.  The film is something of a portrait of unseen and unspoken tragedies, as Sutter is perfectly fine on the outside, popular and liked by all, where even as others are passing him by on their roads to having a future, making plans to go to college and choose a career, he’s perfectly content with being where he is, knowing “We’ll never be this young again.”  Even as the façade starts crumbling around the edges, where his life is a tragedy waiting to happen, we sense an incredible sadness in his ultimate fatalism, a lost soul where all that matters is this day and this moment, as nothing else exists.  There are no existentialist cues here, as this is still just a kid, but one we’re not apt to forget.
Posted by Robert Kennedy at 8:39 AM