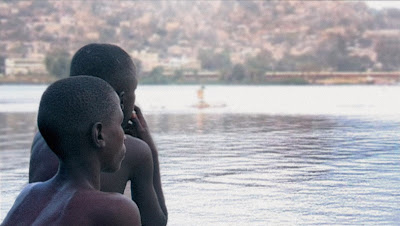 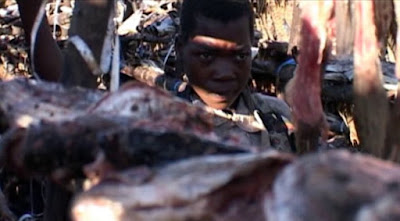 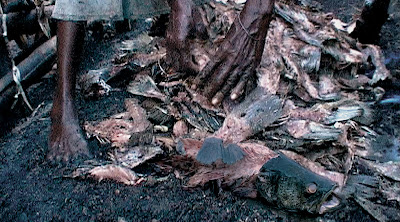 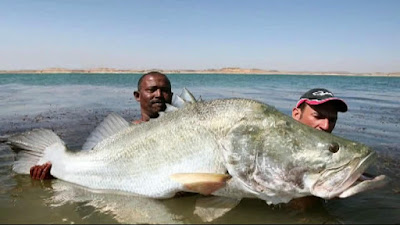 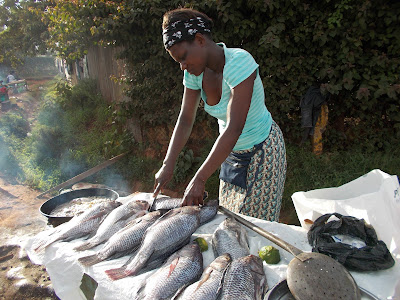 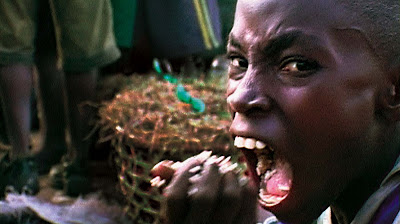 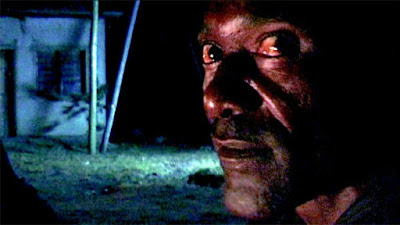 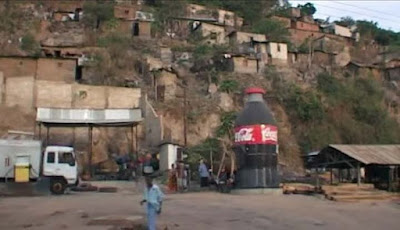 
Is this what Frantz Fanon envisioned when he wrote The Wretched of the Earth?  If ever there was a film that exposed the woes of capitalism, how it perpetrates an unequal distribution of wealth, how the goods and services are produced by a lower class unable to enjoy the fruits of their own labor, which is instead enjoyed by a middle to upper class, the only groups able to afford the price — this is it.  In nightmarish fashion, some of it truly terrifying, perhaps excessively so, as nothing is more terrifying than reality, the filmmaker exposes the day to day realities of living in Tanzania today, home of the birthplace of original man along the banks of Lake Victoria, now, sadly, victims of extremely high death rates from AIDS, where the religious figures refuse to counsel or recommend the use of condoms, believing using a condom is a sin, where widows are forced into prostitution, where the extreme poverty leads to young kids who melt plastic fish containers, sniffing a product that resembles glue, where they are then sexually victimized, unable to awaken from their drug-induced stupor.  The film does not use the typical talking points method, where various experts bore us to death with details, instead it focuses on the people in the region and lets them tell their story, visually painting a journalistic portrait of graphic, unforgettable images that few of us could even imagine, much less see captured on film.


The corporations are seen patting themselves on the back, claiming they’ve provided 1000 jobs to the region, cleaned up the factories so they’re up to the European Union standards, capturing 500 tons of fish every day, completely oblivious to the starvation and disease that dominates the region, where some 2 million Tanzanians face starvation so that another 2 million Europeans can eat Tanzanian perch every day.  Someone, on one day a few decades ago, placed a Nile perch in Lake Victoria, a fish that was not indigenous to the lake, that through the passage of time, has eaten all the other groups of fish in the lake, including fish that eat algae and have historically kept the lake clean, leading to a giant perch the size of a baby whale which is exported exclusively to Europe, Russia, and Japan, a fish that is not affordable to the local fisherman or any of the villagers, who instead are left the fish carcasses to live on, where we see truckloads of garbage being unloaded, basically rotting fish, so you can imagine what it smells like, with worms, maggots and other vermin crawling all over it, which young women collect and place on racks to dry, which is then sold in the local markets of Mwanza.  There is an extraordinary scene on a beach filled with hungry children, where a pot of rice is placed on the ground, and they all grab at once with their bare hands, pushing and shoving others out of the way, even taking the food from others through brute force, leaving some with handfuls and others with nothing, a staggering image of survival of the fittest.


The film is balanced between images of the locals and images of the profiteers, who sit around with healthy fish strung on a line and cook their fish while drinking Scotch, ridiculing the behavior of the blacks in the region, calling them lazy and unwilling to work, while they surround themselves with nearly exclusively white Europeanized business partners.  The Australian or Russian pilots arrive in Tanzania with their planes empty, and leave completely filled with already packaged perch fillets.  The pilots have their pick of the local prostitutes.  In one horrid scene, the women are commiserating with each other after one of the pilots has stabbed and killed one of their friends, after promising her a better life with educational opportunities.  One of the Russian pilots eventually confesses on camera to flying in tanks and arms, which he delivers to Angola, then flies to Tanzania and loads his plane with fish to return to Russia.  He dreams of a world where all the children are happy, but that isn’t this world we’re living in, as evidenced by the perfection of the final shot.  This is a raw and devastating look at the human condition, an amazing journalistic exposé, with unforgettable images as harrowing and appalling as anything you're ever likely to see, captured with detachment and objectivity, with the filmmaker occasionally asking questions quietly, but obviously getting footage that no one would believe if they didn’t see it for themselves.  According to the director, his recollection of this film is sitting “in the merciless equatorial sun surrounded by a million Nile perch skeletons, trying not to go mad.”
Posted by Robert Kennedy at 12:04 AM