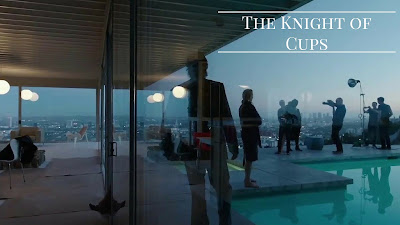 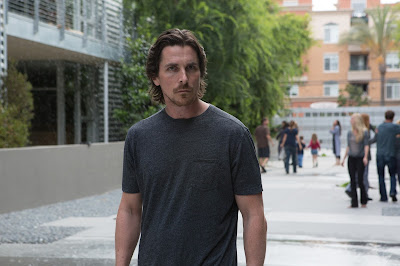 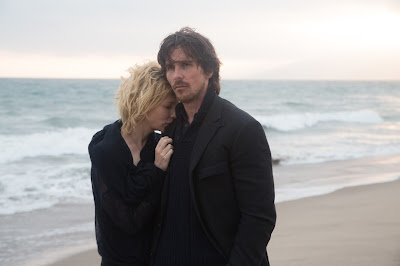 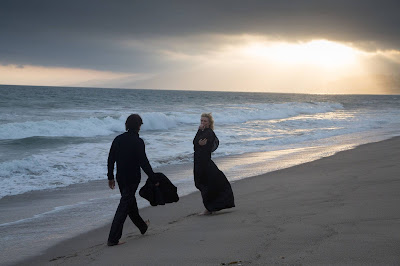 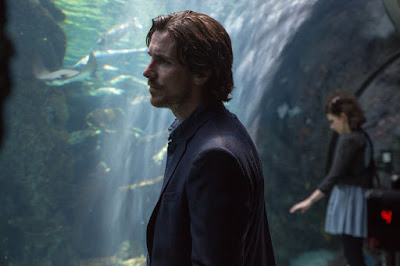 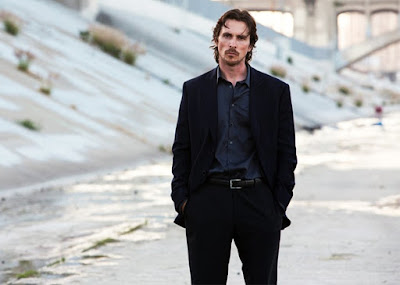 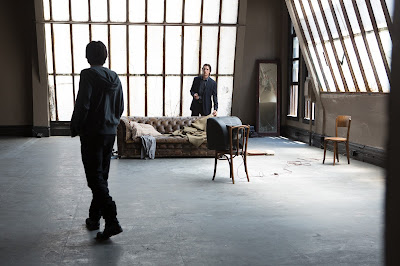 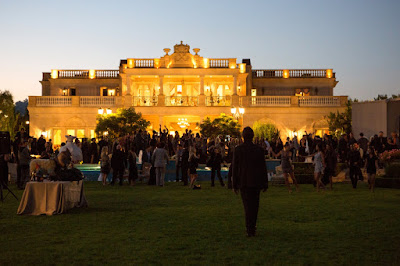 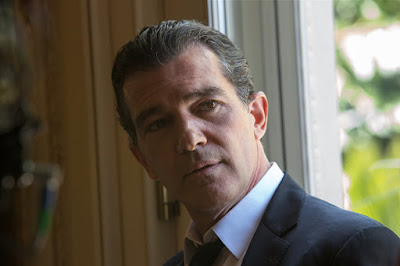 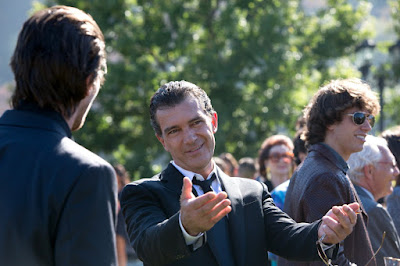 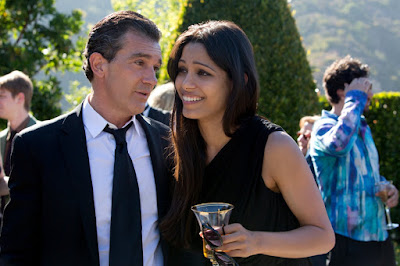 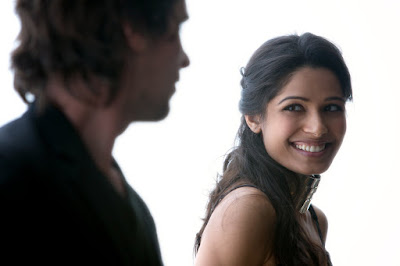 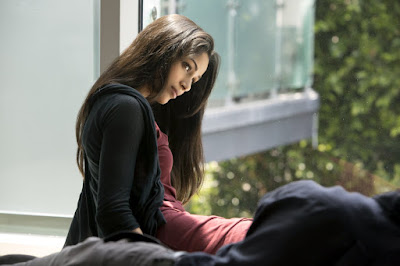 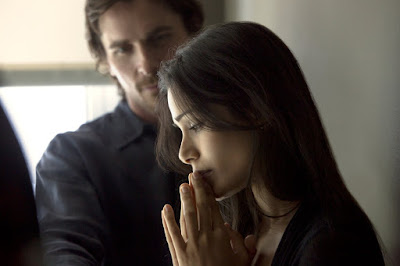 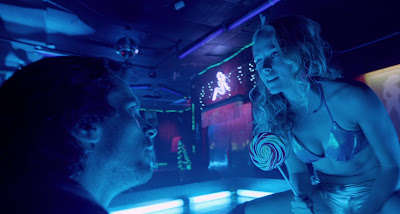 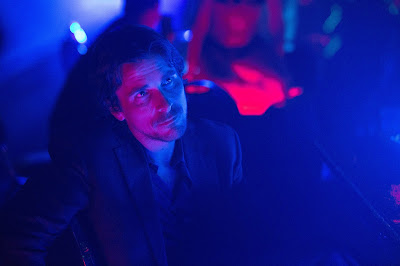 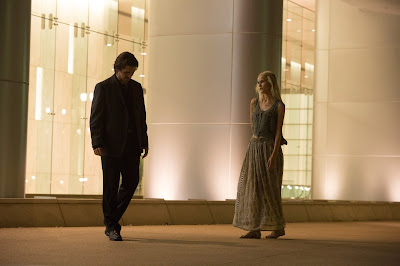 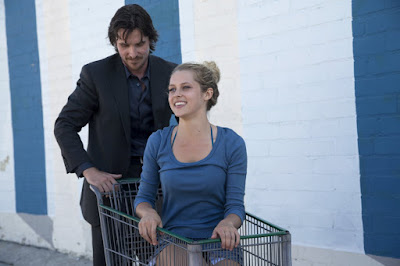 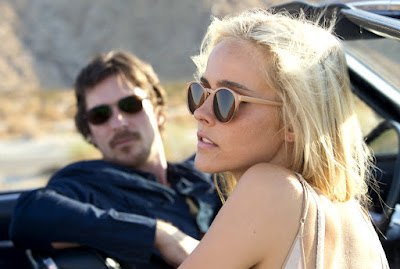 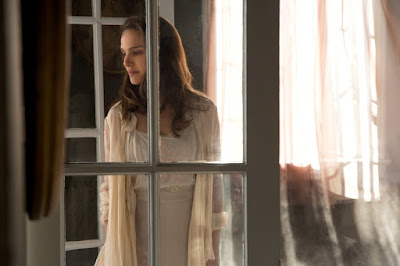 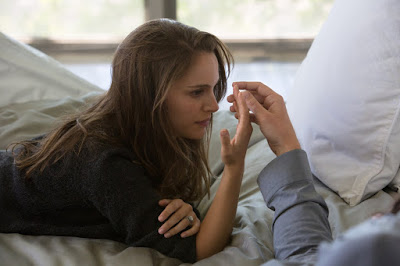 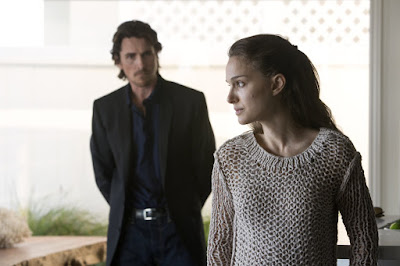 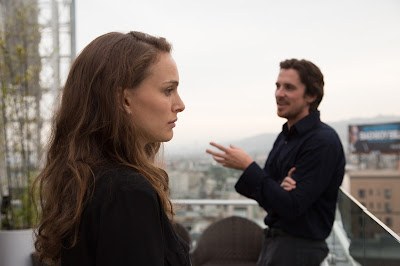 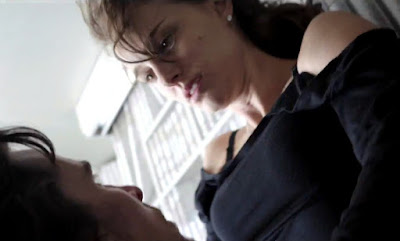 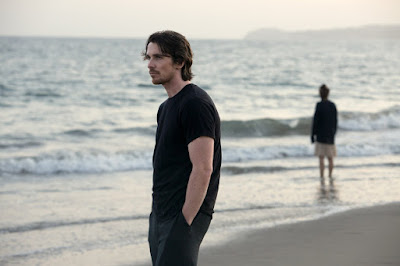 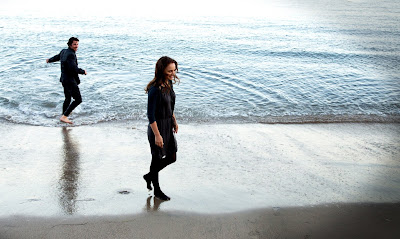 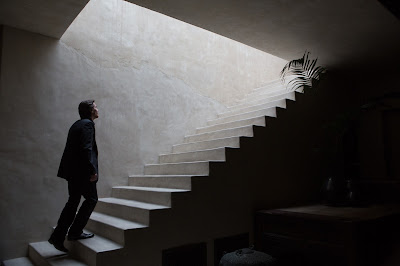 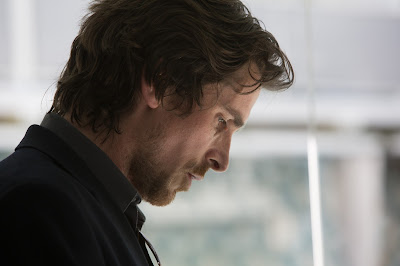 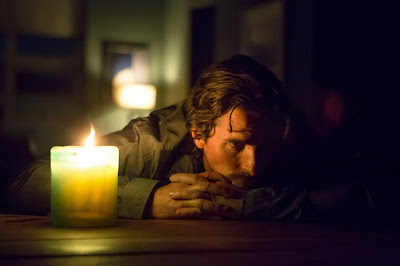 Detours and dead-ends in La-La-Land

As soulless a portrait of Los Angeles as you’re going to find, suggesting a kind of anti-Hollywood filmmaking that really irritates the casual moviegoer, who will be bored or get next to nothing out of it, instead finding its vacuousness increasingly maddening and infuriorating.  They are led by a belief that if a movie advertises big name Hollywood stars, there should be some kind of entertainment payoff, where the audience at least expects the delivery of good performances—or a recognizable story—where in this case everything is camouflaged behind the artistic flourish of the filmmaker himself, who simply refuses to to tell a coherent story.   While there is a narrator and bits and pieces of barely understandable dialogue, this is largely a film with no script, an example of Malick’s tendencies to grow more and more abstract.  Sean Penn was aggravated after viewing 2011 Top Ten Films of the Year #1 The Tree of Life because his performance was cut and mangled to the point of being almost unnecessary, which apparently blindsided him, but is fairly typical of this director, as much of any actor’s work ends up on the cutting room floor.  Actors may have their own inclinations of what they are trying to do, but the director’s overall vision is often beyond their comprehension.  Malick has grown curiously more experimental with age, much like Bresson, where neither one was particularly interested in acting performances, using a less is more philosophy.  According to Alan Pavelin in Senses of Cinema, July 19, 2002, Robert Bresson • Great Director profile • Senses of Cinema, he describes Bresson as “the most idiosyncratic and uncompromising of all major filmmakers, in the sense that he always tried to create precisely what he wanted without surrendering to considerations of commerce, audience popularity, or people’s preconceptions of what cinema should be,” a description that is equally applicable for Malick, in particular his most recent films, which would include To the Wonder (2012) and this film.  Each has found a unique way to tell their stories, causing some degree of criticism and controversy at the time, where the underlying principles behind their work tends to be more spiritual, contemplating the meaning of existence, or lack thereof, where they were never afraid to enter the void of existential emptiness, finding a world lacking in moral foundation.  Perhaps because he needs name actors to get funding for his films, Malick continues to use them, but they are not essential, as this film especially resembles the Bresson view of non-professional actors as “models,” where character is not developed or explored and dialogue isn’t even written.  Instead the entire film is a tone poem representing an atmospheric state of mind coming from the director.

Using a philosophical guideline of “To thine own self be true,” suggesting a surprising lack of self-deception, the film couldn’t be more mystifyingly puzzling, a road of detours and dead-ends, where nothing is ever explained, existing in its own befuddlement, as if the entire journey is the road not taken, continually veering off path, remaining hesitant, indecisive, dwelling on small, inconsequential events, as if consumed by dominant issues that simply overwhelm our lives and desires, like the immensity of the world around us and the affect it has on our daily lives, where the distance that remains between people seems to be spiralling out of control.  Much like the 70’s conspiracy films of Klute (1971) or THE PARALLAX VIEW (1974), Malick uses the sleek architectural exteriors of glass-dominated urban skyscrapers to represent a sterile coldness, an unbridgeable divide that prevents seeing beneath the surface, where we are literally cut off from our own humanity.  Opening with a narrated fable known as The Hymn of the Pearl, taken from a 3rd century text called Acts of Thomas, Christian writings that were never included in The Bible, nonetheless the story sounds like something out of Arabian Nights, where “once there was a young prince whose father, the king of the East, sent him down into Egypt to find a pearl.  But when the prince arrived, the people poured him a cup.  Drinking it, he forgot he was the son of a king, forgot about the pearl and fell into a deep sleep.”  This feeling of forgetfulness comes to epitomize the dreamlike structure of the film, which is largely a free-flowing, stream-of-conscious reflection of losing one’s way.  Profoundly dark and unsettling, highlighted by the reigning maestro of cinematography, winner of the Academy Award for the past three successive years, none other than Emmanuel Lubezki, where the artistic signature is as much Lubezki as Malick, the film is a series of brilliantly shot fragments strung together to create an impressionistic mosaic illustrating the emptiness of the human condition.  At the center is Rick (Christian Bale), a well-to-do Hollywood screenwriter who is the focus of plenty of attention, as various agents and producers are vying for his services, offering astronomical mega-deals that are beyond comprehension, yet he’s used to a lavish lifestyle that revolves around money and status.  While he lives in modernistic splendor with floor-to-ceiling windows overlooking the city, he feels dissatisfied and unsettled, exacerbated by the anxiety inflicted from an earthquake that literally shakes the foundation of the building where he lives.  What follows is a myriad of strange relationships with six different women, seemingly drifting from one to the other, yet there is no sense of how much time has passed in between, or even the order of events, as things appear to jump around with scenes unfolding into new situations.  Perhaps the least likely happens first with Della (Imogen Poots), a girl with an edgy, punk look that looks completely out of place with a man in a tailored, Brooks Brother’s suit.

Malick continues his fascination with voice-overs, using philosophic ruminations in the place of actual dialogue, providing the only psychological insight into the characters shown onscreen.   A man plagued by doubts, who seems to be stuck in time as much by his own indecision as his family’s troubled past, chapter headings named after Tarot cards introduce various sections, though what significance this plays is not immediately clear.  There is an unhappy family dynamic that includes his father (Brian Dennehy) and brother (Wes Bentley), constantly at odds with one another, with reverberations of another brother that apparently committed suicide, while Rick is plagued by memories of his failed marriage, recalling scenes with Cate Blanchett as his ex-wife Nancy, where their opulent home represents the idyllic picture of success, yet somehow it all got away from him.  Using transitional imagery to reflect a metaphoric state of mind, Malick will show Rick standing in a barren wasteland that has been bulldozed and stripped of all natural elements, followed by a view of Rick mingling at a plush Hollywood party, where it’s clear Malick is implying he continues to exist in the same metaphysical wasteland.  Similarly, Malick uses auditory cues, paralleling Rick’s journey with John Bunyan’s 1678 religious epic The Pilgrim’s Progress, including passages read by John Gielgud “from this world, to that which is to come, delivered under the similitude of a Dream, wherein is discovered, the manner of his setting out, his dangerous journey and safe arrival at the Desired Country,” while in the background rises the majestic beauty of Grieg’s incidental music from Peer Gynt, Peer Gynt Suite No. 1, Op. 46: II. The Death of Aase - YouTube (5:07).  This combination of abstract sensory expression becomes the director’s pathway to express his spiritual worldview, balancing centuries-old Christian ethics against a modern day era of Hollywood hedonism, showing a greater divide between rich and poor, where God’s influence has been cast aside in the pursuit of materialistic wealth.  As we follow Rick through an endless stream of earthly pleasures that include extravagant parties, where we run into Fabio and Ryan O’Neal, and failed relationships that include high-end fashion model Helen (Frieda Pinto), strip club pole dancer Karen (Teresa Palmer), and an exquisite turn from Natalie Portman as Elizabeth, showing the tenderness of a conflicted married woman, where they actually appear to be having fun, at least momentarily, before a heavy dose of intense emotional anguish intrudes, leaving her especially depleted.  In a film like this, when it comes to the performances, less is more, as it’s not about individual moments, which draw attention to themselves, but the overall aesthetic.  Make of it what you will, part of the joy of a film like this is the uncompromising vision from a filmmaker that at least allows viewers to discover a different kind of experience for themselves, viewed as a bouquet of riches that thoughtfully challenges us on multiple levels.  A final calm prevails over the end credits with Exodus - Wojciech Kilar / full version (1981) - YouTube (22:46) written by Wojciech Kilar, suggesting Rick has finally reached some degree of peace with himself.  This is the kind of film that never stops running, however, as it continues to play out in the collective imaginations and inner monologues of our own stream-of-consciousness.
Posted by Robert Kennedy at 12:00 AM