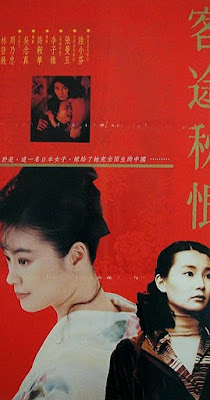 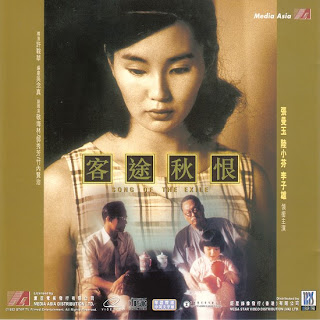 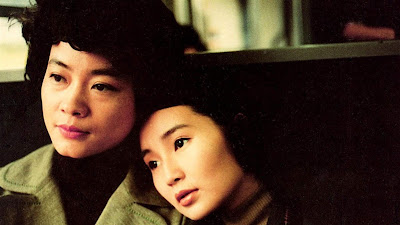 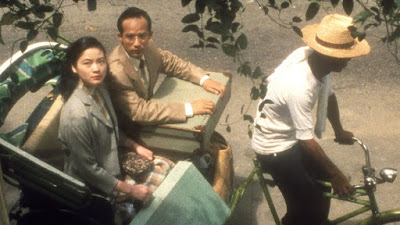 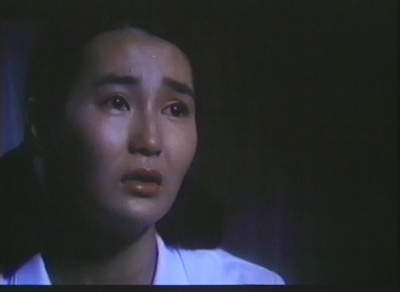 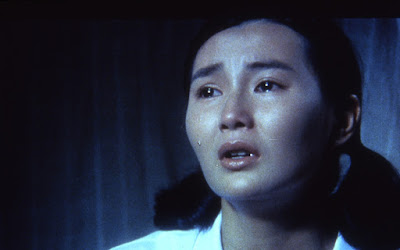 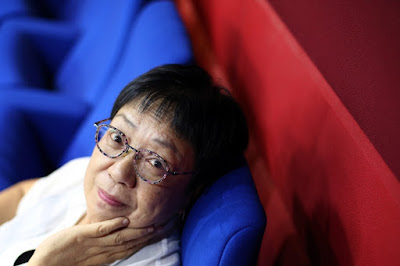 Born to a Chinese father and a Japanese mother, director Ann Hui uses her own life as a basis of personal exploration, creating a bittersweet melodrama about how the past affects the present, using brief moments of poignant, yet nostalgic music that bridges all national barriers, becoming one of the better films on people of mixed cultures.  Written by Wu Nien-Jen, who played NJ in Edward Yang’s Yi Yi: A One and a Two... (2000), and was also Hou Hsiao-hsien’s screenwriter during the 1980’s and 90’s, and co-writer of Yang’s THAT DAY, ON THE BEACH (1983), the film traces the post-World War II life of a Japanese woman married to a Chinese Nationalist soldier, her adolescent daughter’s discovery of her mother’s ethnicity, and their reconciliation as she accompanies her homesick mother back to her native town in Japan.  Moving between the past and the present through a series of extended flashbacks, the story is set in the 1970’s and takes place across China, Britain, Macau, Hong Kong and Japan.  The film explores the politics of difference between the film’s three major female characters, representing three generations, all of whom have differently constructed feminine boundaries.  Maggie Cheung as Hueyin is the child of a Japanese mother and a Chinese father, yet due to the influence of her nationalist Chinese grandparents constantly overriding her mother’s influence, stressing her Chinese roots, instilling a love of Chinese culture, such as language, literature, and food, she has always felt estranged from her mother, Aiko, brilliantly played by Lu Hsiao-fen, who keeps her Japanese identity concealed, lost in a divisive cloud of patriotic nationalism.  China and Japan were at war for the first half of the 20th century, where the Chinese suffered terribly from Japanese war atrocities, such as the Massacre and Rape of Nanking, The Nanking Massacre, 1937 - Internet History Sourcebooks, where Chinese nationalists were united in their hatred of the Japanese.

This film opens and closes with a bridge across water, where travel becomes a central theme of the film, both internally and externally, as bicycles, trains, airplanes and ships are all part of the personal journeys undertaken by characters in the film where friends and family are often seen waving goodbye.  Set in the early 1970’s in the English language with the playing of “Mr. Tambourine Man” Bob Dylan - Mr. Tambourine Man YouTube (5:31), Hueyin receives her Masters degree in London, but is bypassed at her first job opportunity at the BBC, so she decides to take her mother’s advice to return home to Hong Kong for her younger sister’s wedding.  Immediately, she is out of place and uncomfortable with all the rigid and conforming demands of her mother – all seemingly a show for the neighbor’s sake to show family solidarity.  Unaware of how important this is to her mother, there is a flashback to Hueyin as a child, somewhat belligerent, disobedient, always ignoring her mother, running instead to the support of her grandparents, who refuse to scold her.  More and more, we see how out of place the mother is in Chinese society, how she is all but ignored, actually despised by the grandparents, where Hueyin is the last to learn her mother is of Japanese origin.  As the younger daughter is moving to Canada, her husband deceased, Aiko decides to return to Japan, longing to see her birthplace, and brings her daughter Hueyin along as a prize of success, again to impress the family and friends.  Interestingly, it is now the daughter’s turn to feel out of place, as she is lost in a Japanese language she fails to understand—exactly, Aiko reminds her, as the mother felt in China for so many years—exiled, excluded and ignored.  But oddly enough, after having lived so long abroad, Aiko is never truly accepted back home in Japan either, where for both mother and daughter, Hong Kong becomes a home for the exiled.
In a complete surprise, the majority of this joint Taiwanese/Hong Kong film takes place in Japan speaking Japanese language.  This is interesting, as Japan colonized Taiwan for 51 years, but withdrew at the end of WWII at a time when Taiwan was still fighting to regain the Mainland.  This film all but ignores that aspect of history until near the end of the film and shows no malice or ill will towards the Japanese, who are depicted with the utmost respect, complete with religious customs and family shrines.  There is a wonderful sequence where Hueyin goes out on her own riding her bicycle through the countryside, but gets lost in a forest, in a style very closely resembling Miyazaki’s MY NEIGHBOR TOTORO (1988), which depicts children on their own, lost, having to find their way.  In this case, Hueyin is caught stealing a tomato, and the neighbor chases her down, as if to harm her, but it is only to save her, as the tomato has been sprayed with pesticides.  She is paraded by neighbors into town, complete with a basket full of fresh tomatoes, only to meet a town translator, who wins the applause of the crowd when they successfully understand each other.  At this moment of reconciliation between mother and daughter, Aiko describes the heartbreaking story of how she met her husband, a Chinese officer who helped her as she was about to be deported back to Japan at the end of the Sino-Japanese war, rendered as a beautiful, culturally interconnecting personal odyssey.  This tender moment is interrupted, however, when the mother is notified that the grandfather (Tien Feng) has had a stroke after being interrogated by the Red Guard.  Adding to Hueyin’s sense of estrangement is her trip to Canton to visit her dying grandfather who mistakenly returned to Mainland China in hopes of being part of the dream of a unified China, but was instead questioned and tortured during the openly hostile suspicions of the Cultural Revolution, a vivid portrait of alienation within one’s own country, a subject similarly depicted in Hou Hsiao-hsien’s Taiwanese Good Men, Good Women (Hao nan hao nu) (1995), but rarely seen in Hong Kong films.  At her grandfather’s bedside Hueyin hears him describe the importance of a unified China, currently looking to individuals such as herself to help China find its way through the turmoil of its past.  The final image is a somber shot of the bridge connecting Hong Kong to the Chinese Mainland, an image with personal and political implications, linking Hueyin to her grandparents on the Mainland and Hong Kong to the Mainland regime that would eventually reclaim Hong Kong in 1997.
Posted by Robert Kennedy at 12:00 AM