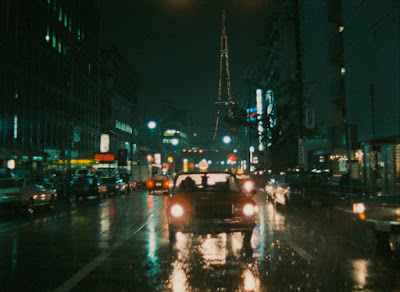 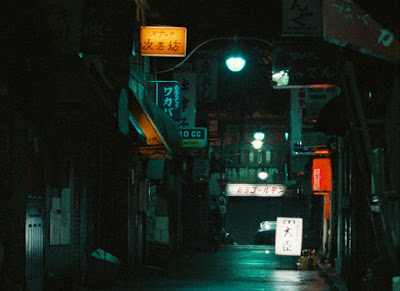 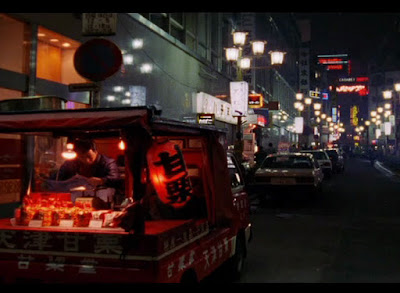 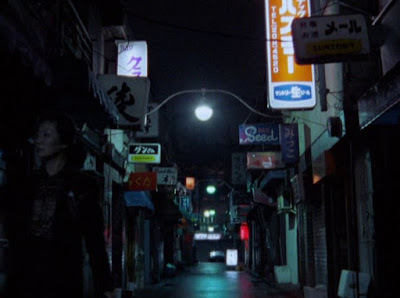 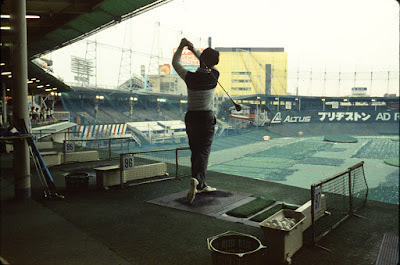 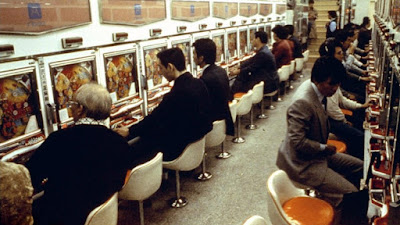 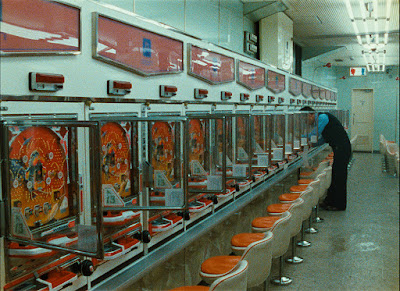 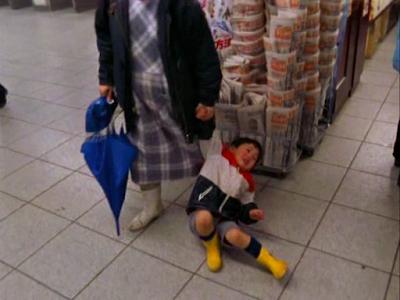 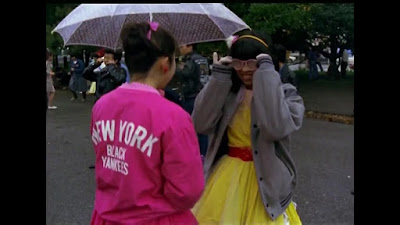 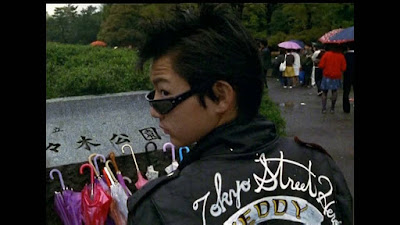 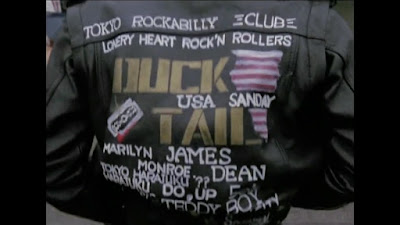 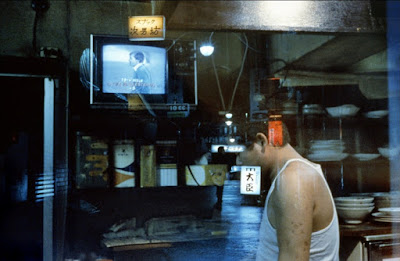 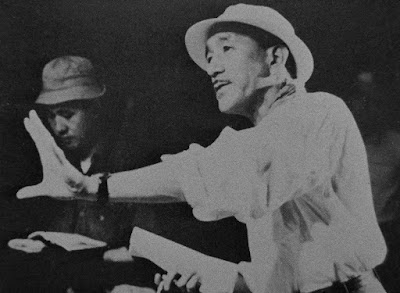 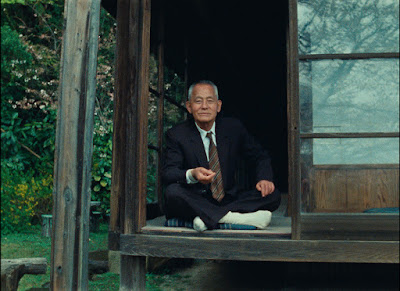 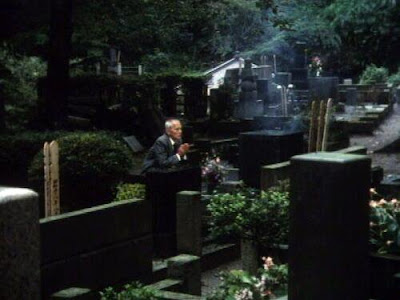 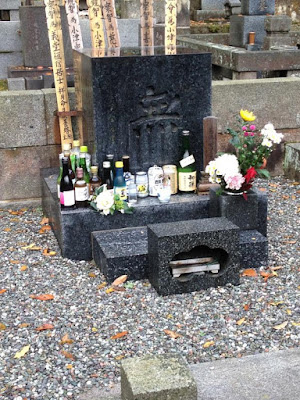 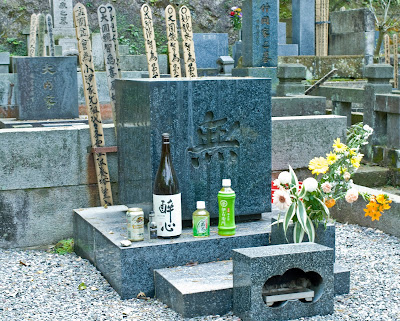 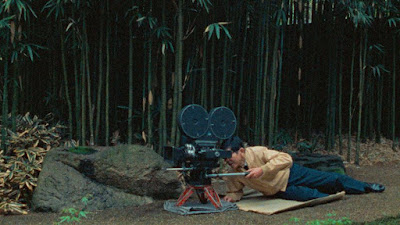 Getting the shot with Yûharu Atsuta 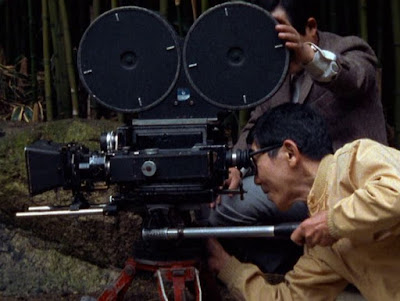 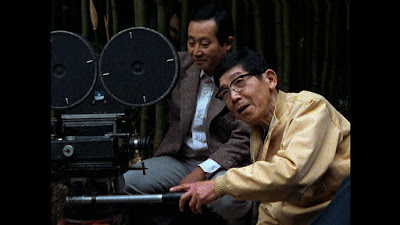 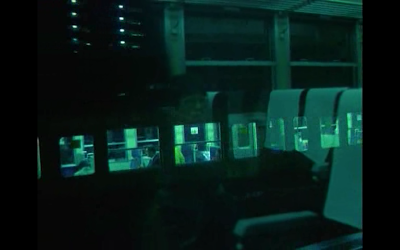 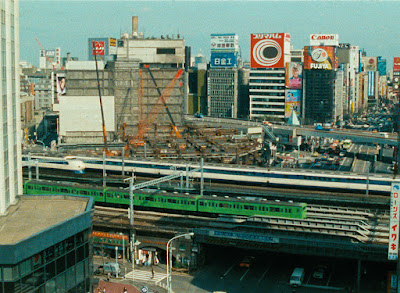 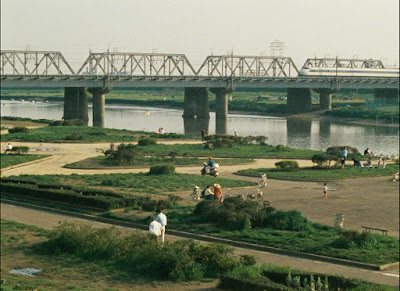 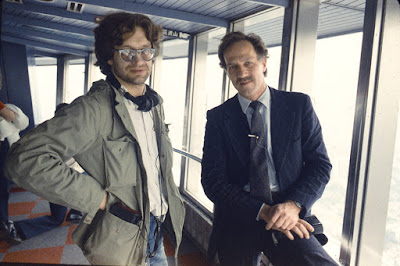 If in our century something sacred still existed… if there were something like a sacred treasure of the cinema, then for me that would have to be the work of the Japanese director, Yasujiro Ozu. He made fifty-four films. Silent films in the Twenties, black-and-white films in the Thirties and Forties, and finally color films until his death on December 12th, 1963, on his sixtieth birthday.

With extreme economy of means, and reduced to but the bare essentials, Ozu’s films, again and again, tell the same simple story, always of the same people, and the same city, Tokyo. This chronicle spanning nearly 40 years, depicts the transformation of life in Japan. Ozu’s films deal with the slow deterioration of the Japanese family, and thereby, with the deterioration of the national identity. But they do so not by pointing with dismay at what is new, Western, or American, but by lamenting with an unindulged sense of nostaligia the loss taking place at the same time.

As thoroughly Japanese as they are, these films are, at the same time, universal. In them, I’ve been able to recognize all families, in all the countries of the world, as well as my parents, my brother and myself. For me, never before and never again since has the cinema been so close to its essence and its purpose: to present an image of man in our century, a usable, true and valid image, in which he not only recognizes himself but from which, above all, he may learn about himself.

Ozu’s work does not need my praise and such a sacred treasure of the cinema could only reside in the realm of the imagination. And so, my trip to Tokyo was in no way a pilgrimage. I was curious as to whether I still could track down something from this time, whether there was still anything left of this work. Images perhaps, or even people…Or whether so much would have changed in Tokyo in the twenty years since Ozu’s death that nothing would be left to find.

Made between English-language film Paris, Texas (1984) and Wings of Desire (Der Himmel über Berlin) (1987), Wenders actually takes a road trip to Japan in the spring of 1983, taking a break from shooting the American film in search of discovering any remnants of late Japanese director Yasuhirō Ozu in today’s Tokyo, some twenty years after he died, using a film language that is personal, powerful and evocative, described by Wenders as a “film diary,” but it's also one of the finest examples of a filmmaker using the medium to honor the work of another, much like the Olivier Assayas pilgrimage to Taiwan when shooting HHH – A Portrait of Hou Hsiao-hsien (1997).  With Wenders narrating the film, it ranges from explicit focus on Ozu’s filmmaking, where Wenders interviews Ozu’s regular cinematographer, Yûharu Atsuta, and one of Ozu’s favorite actors, Chishû Ryû, using clips from his films, to chaotic and often unsettling contemporary scenes of Tokyo, becoming entranced by the wider landscape while observing the country and its culture, where the film screened in the Un Certain Regard section at the 1985 Cannes Film Festival.  In distinct Wenders style, the opening shots of Tokyo are completely modernistic, with a dynamic sounding synthesizer soundtrack by Dick Tracy (Laurent Petitgand, Meche Mamecier, and Chico Rojo Ortega), Dick Tracy - TOKYO-GA [OST (19:13), that shows little compatibility with Ozu.  Framing the opening and closing of the film with images from Ozu’s TOKYO STORY (1953), Wenders goes looking for many of the iconic images that reoccur throughout Ozu’s career, the trains, rooftops, elevated electric wires, laundry hanging from a line, boats chugging slowly across the harbor, and children at play, then superimposes images from another filmmaker into the middle of his own film, which has a way of aesthetically communing with another artist, making the film itself specifically about filmmakers and filmmaking, where certainly part of the film’s desire is not only to pay tribute to those that came before him, but to examine the director’s own place among the pantheon of cinema itself.  Throughout the film, Wenders is moved to contemplation, like this particular moment where he photographs his own reflection in the window of a moving train, “We gasp and give a start when we suddenly discover something true or real in a movie, be it nothing more than the gesture of a child in the background, or a bird flying across the frame, or a cloud casting its shadow over the scene for but an instant.  It’s a rarity in today’s cinema to find such moments of truth, for people or objects to show themselves as they really are.”

Through Wenders’ eyes, Tokyo is an often overwhelming urban landscape, viewed as nearly incomprehensible while he searches out the obsession with all-night pachinko parlors, lined with rows of cramped players sitting next to one another, each lost in a game of mechanical solitaire, followed each night by a lone “nail man” who meticulously checks each of the machines after closing time, observing with a voice that’s flat and emotionless, “This game induces a kind of hypnosis.  Winning is hardly important.  But, time passes, you lose touch with yourself for a while, you merge with the machine, and perhaps, you forget, what you always wanted to forget,” with Wenders suggesting the game actually numbs the lingering, post-traumatic effects of World War II.  But he also discovers the presence of people lined up at a golf driving range sitting atop a skyscraper, watching the collective motion as they each practice their own swing, or swat baseballs from the roof of a department store, or discover a miniature golf stadium, while also discovering a prevalence for fake food displays in restaurant windows, a culturally unique way of promoting their menu, a stark contrast to the photographs that look decidedly less appetizing in fast food restaurants, with the director even venturing into a factory that manufactures lifelike, wax models of Japanese food, amusingly noting that the companies let him film everything except the employees eating.  While riding in trains, including an underground train system with high-tech tube maps, or taxi cabs offering channel surfing television options, we witness the constant presence of street advertising, the mesmerizing symmetry of criss-crossing commuter trains, or citizens in mass ascending or descending escalators, while on the street teenagers have already adopted an American sock-hop identity, wearing jeans or poodle skirts, saddle shoes, and club-embroidered (Tokyo Rockabilly Club), satin windbreakers dancing to the music of the 50’s and 60’s, with the guys doing their best Elvis Presley imitation, resorting to rare body contact when learning new dance steps, but we also catch an occasional glimpse of the elderly, a person reading manga, or an incalcitrant young child that simply refuses his mother’s insistence that he walk in a train station.  For Wenders, “The more the reality of Tokyo struck me as a torrent of impersonal, unkind, threatening, and yes, even inhuman images, the greater and powerful became in my mind the images of the loving and ordered world of the mythical city of Tokyo that I knew from the films of Yasujirō Ozu.”

While there is a luscious beauty to witnessing picnics in parks during the height of cherry blossom season, including a lingering impression of watching children play baseball on a cemetery path overrun by a cascade of blossoms, the key to the film is the presence of significant visitors, where there is a chance encounter with French filmmaker and essayist Chris Marker in a small bar appropriately called “La Jetee,” as Marker was working on the finishing touches of his own incredible film masterpiece Sans Soleil (1983) at the time, while fellow compatriot Werner Herzog also turns up dressed in a suit and tie atop the Tokyo Tower, an Eiffel Tower inspired substitute, where Herzog looks so out of place from his natural habitat, staring out over the artifice of high-rises and modern office buildings, uttering something superfluous like, “When I look out here I see that everything is cluttered up.  There are hardly any images to be found.  One has to dig deep down like an archeologist.”  But Wenders is on another kind of mission, “just to look, without wanting to prove anything.”  While it comes as no surprise that the smaller, more intimate world of Ozu has been swallowed up by a rapidly overgrown, technologically advanced, neon cityscape, where giant exteriors have drown out all suggestions of a quieter, more reflective world, the most powerful images of the film come from lengthy interviews with two of Ozu’s closest collaborators, now both in their 80’s, including Chishû Ryû, the director’s favorite actor who appeared in over 35 of his 54 films, always playing a more mature father figure much older than himself, giving all credit for his performances to his illustrious director, suggesting he would never have been a star without him.  Ryû takes Wenders to see Ozu’s grave, marked with a single Japanese character that stands for “nothingness.”  Camera operator Yûharu Atsuta started out as an assistant cameraman during the silent era and after 15 years was promoted to cameraman, working only for Ozu for the next 25 years, claiming he was a man of few words, but cared deeply for his crew, knowing precisely how he wanted films shot, where we see him enact how he setup those tatami shots for Ozu.  Preferring to shoot indoors on a controlled set, the director was bothered by observers during location shooting, so outside shots were mostly transitional, including his memorable litany of trains that appeared in nearly every picture.  Ozu would check out locations only by foot, with Atsuta saying “they would only stop looking when they passed out,” likely holed up in a neighborhood bar, which could lead to an appearance in one of his films, becoming a place where lonely fathers drown their sorrows.  Both men were proud to serve Ozu, passing up greater salary opportunities to stick with him, where their sincerity is apparent, with Atsuta displaying a prized gift from Ozu, a custom stopwatch used by the director to meticulously time his shots.  Trying to explain why he retired after Ozu’s death, Atsuta breaks down in tears and cannot continue, literally humbled by the moment.  Despite Wenders’ contention that the world of Ozu’s Japan no longer exists, his revealing interviews suggest otherwise, where perhaps it can only be found by the traveler who is in no hurry, someone like Ozu, who has the time to sit and observe the minute details of people’s behavior.
Posted by Robert Kennedy at 12:00 AM