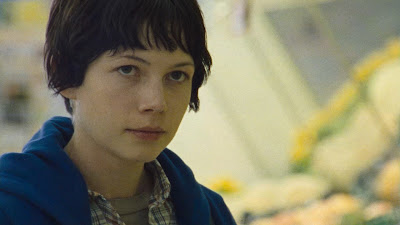 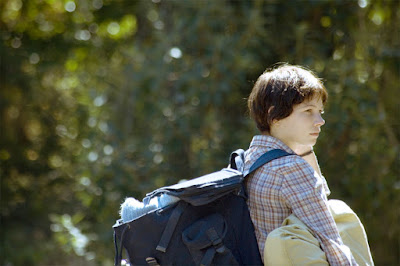 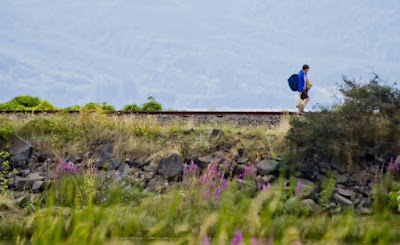 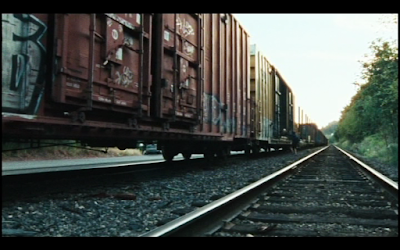 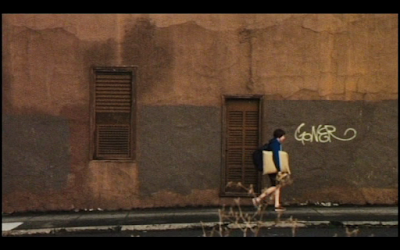 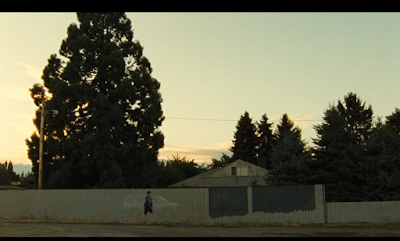 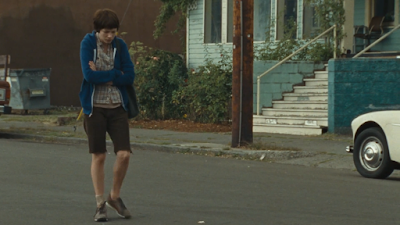 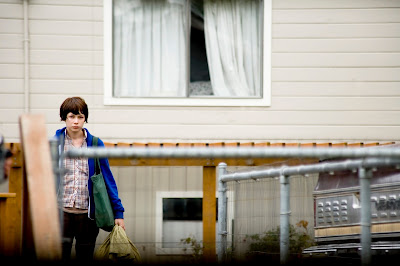 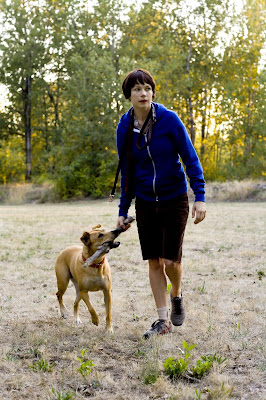 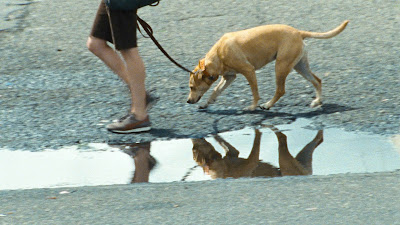 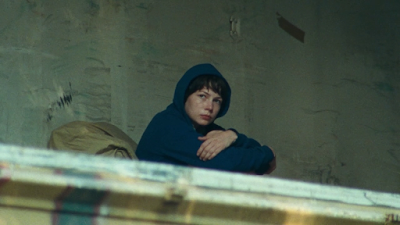 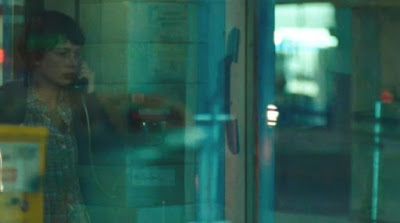 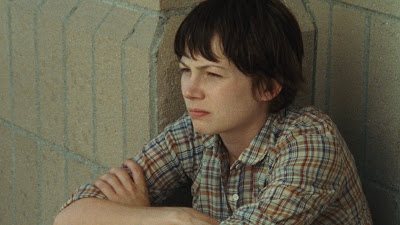 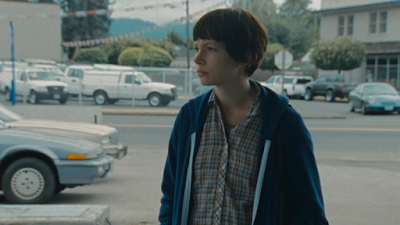 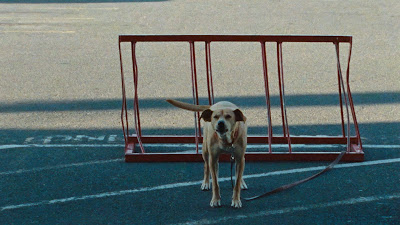 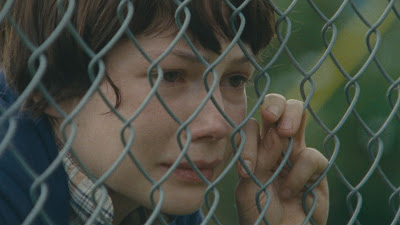 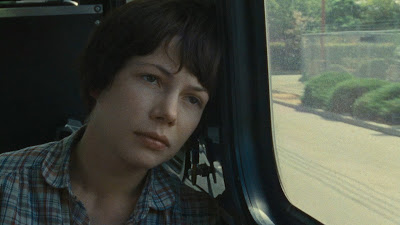 Adapted from a short story Train Choir by the author Jon Raymond and the director, shot in the vicinity of Portland, Oregon, where it is impossible not to reference local filmmaker Gus van Sant when watching this film, as there are so many similarities in minimalist style, such as the naturalism of the performances, the flexible use of camera, an extraordinary offscreen sound design, and the adherence to strict standards of realism and authenticity, including locale.  While van Sant is receiving Oscar accolades for his more mainstream release, a somewhat conventional biopic of Harvey Milk, the first outwardly gay candidate to hold office in America, released immediately after the crushing defeat of Proposition 8 in California which now makes same sex marriage illegal, but his real standout film of the year was the lesser known Paranoid Park (2007), an oblique, fractured mosaic about a moody, self-absorbed teenager whose world is turned upside down by a horrible incident that plays out in his mind, none of which actually get at the truth of what happened, displaying an inventive editing scheme, mired in the foggy incoherence that is adolescent confusion.  This film similarly avoids the details of exploring what happens, but explores the incoherence and confusion as it focuses on the fluctuating powerlessness in the main character’s state of mind, much of it no doubt due to her own her own poor decisions, but also impacted by a downward trend nationwide into dire economic circumstances.  While there are many road movies similar to this, where Five Easy Pieces (1970) comes to mind, especially at the end, most all have male leads and none are as pared down as this one.

Michelle Williams plays Wendy, a young woman out on her own with little to show for it, having no one to turn to except the companionship of her dog Lucy (which happens to be Reichardt’s own dog — also featured in Old Joy).  While not altogether homeless, Wendy is not far from it, living a bleak existence that includes the hopes of traveling from Muncie, Indiana to Ketchikan, Alaska where she believes she can find work in a fish hatchery.  Little is ever known about her past or her future, or why she needs to get to Alaska, but she finds herself stuck in Oregon, her car broken down, little money left, and is continuously mired in the constant struggle of getting through the present.  While the film hasn’t an ounce of artificiality and is a realist drama to the core, it lacks the complex sense of artistic exploration and poetic originality of Paranoid Park or the backdrop of the 60’s counterculture in her previous work Old Joy (2006).  Instead it portrays a fall from grace, choosing to reduce minimalism even further, testing the audience’s limits by showing less and less, so that in the end it is close to being narrative free, becoming a tone poem capturing the quiet desperation and the subtle nuances and textures of a marginalized life.

While it’s interesting that this film was made before the stock market recently took a tumble a month or so before the November 2008 Presidential elections resulting in literally millions of people losing their jobs, this film, like van Sant’s MILK (2008), couldn’t be more timely, as it shows how easy it is to fall between the cracks, to lose everything, and to find yourself scraping bottom.

Written by David Byrne and Brian Eno, this song (though not in the film) comes to mind as an existential anthem to that moment in everyone’s life when they realize that youthful ideals and dreams can’t pay the rent, replaced by unrecognizable yet more practical values like family, security and responsibility.  Still discovering herself, Wendy is swallowed up whole by the unforeseen circumstances that she allows herself to experience, having little or no defenses, as she values her individuality and believes in that great American myth that life is better somewhere else down the road.  Reminiscent of the uncompromising, harsh realities expressed in Lodge Kerrigan’s lower class mental health film KEANE (2004), much of this resembles the caged animal pacing that was the stark feature in the Dardennes brother’s film ROSETTA (1999), as despite all the effort Wendy is making just getting from place to place, she’s not getting anywhere, stuck in the quagmire of her own helpless futility where she finds herself increasingly lost and alone.  Released the same year as the completely unexpected and devastating death of Williams’ husband Heath Ledger, there is an acute feeling of sympathy and anguish associated with Williams’s performance.

Sadness pervades nearly every frame of this film, as instead of discovering more opportunities on the road, she’s faced with the ever decreasing prospect of finding even fewer, where the vast open spaces that she believes lie ahead cave in on her, leaving her lost in the tightening emotional and economic stranglehold of being homeless and broke, still believing against all odds that blue skies lie ahead.  When traveling on the road, one learns early on to expect the unexpected.  Wendy hasn’t even reached that point yet, as she’s still close to the beginning of her journey where she’s still stripping herself of all earthly possessions.  Shot mostly out in the elements, this is a bleak portrait of naiveté, of stubbornness and dead ends, of quiet hope and a yearning for something better to materialize out of thin air.  Call it God, call it Alaska, sometimes one needs more than blind faith, yet it’s an apt moral comment on our contemporary society by looking at one life on the edge of economic ruin, where the predominate feeling is that of hopelessness and utter despair, yet people avert their eyes and just walk in the other direction, expecting people to fend for themselves, where any sense of what was once a frontier community in the American West has all but been shattered to pieces.
Posted by Robert Kennedy at 12:00 AM