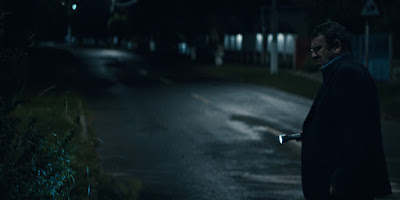 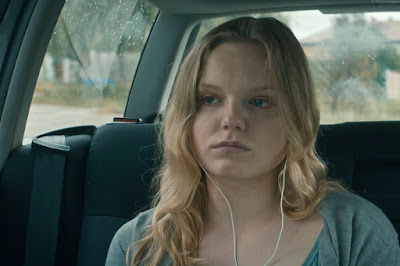 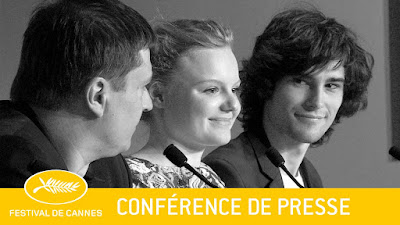 Winner of the Best Director prize at Cannes, the film is brilliantly written and directed by Cristian Mungiu, among the best directors working today, still best known for his Palme d’Or winning film 4 Months, 3 Weeks, and 2 Days (4 luni, 3 saptamâni si 2 zile) (2007), one of the most legendary and influential films of the last 20 years, with no musical soundtrack, but presented through a grim, social realist style that is expressed with a throbbing, dramatic urgency, while being one of the first Eastern European films to challenge the entrenched patriarchal hierarchy.  Once more, Mungiu has provided another bleak look at the profound depths of entrenched corruption in the post-Ceaușescu era of Romanian society, despite this being the generation of hope.   In this case, Romeo (Adrian Titieni), a bedraggled middle-aged guy who already looks like he’s been beaten down by the system, not at all like a Romeo, is a respected doctor in a small rural community where crime is rampant, sheltering his 18-year old teenage daughter Eliza, Maria-Victoria Dragus, the young blond girl in Haneke’s THE WHITE RIBBON (2009), through the storm, providing an educational pathway out of the cesspool that is the town of Cluj, as she has the grades to get into Cambridge University in England to study psychology, but needs to pass a final exam with a score high enough to preserve a grade point average that qualifies for a scholarship.  So the film sets up a realistic and reachable challenge, only to be impeded by unforeseen obstacles.  One of the first moments of the film is the sudden surprise of a rock being thrown through a window, where Romeo runs outside to see who might have thrown it, but is at a loss, creating an eerie and ominous opening salvo that shatters any idea of things being normal.  What distinguishes this film is the meticulous attention to detail, showing a town in decay, with colorless concrete tenement buildings that all look the same, stray dogs wandering the streets that can be heard throughout the night, offering a grim view of a stagnant society that is crumbling before our eyes.  As he drops his daughter off at school the next day about a block from school, he’s in a hurry to meet his mistress, Sandra (Malina Manovici), one of Eliza’s teachers, living in another one of these grim-looking concrete structures.  While there, he gets a call that his daughter has been sexually attacked at a construction site near her school, but that she fended off a would-be rapist, injuring her arm in the process, which ends up in a cast, leaving her severely traumatized.  Overwhelmed by grief for not taking her all the way to the school steps, Romeo blames himself for what happened, thinking if he wasn’t in such a hurry to hop in the sack with his girlfriend, none of this would ever have happened.

At police headquarters, Romeo is desperate to help his daughter, having failed to get the exams postponed, where she begins the first of three days of final exams on the very next day.  On the advice of the police chief (Vlad Ivanov), an old friend from school days, he suggests Romeo seek the help of Vice-Mayor Bulai, who is friendly with the school’s exam committee president (Gelu Colceag) and could use help getting bumped up on the liver transplant waiting list.  “People should help each other,” the Vice-Mayor explains.  It’s the proverbial a friend of a friend syndrome, a world of favors and male privilege, extending the old boys network practices of the past with a connecting link of male friends that know another male friend, which is how things really get done.  Romeo’s mind is racing at the thought he might be able to cut corners to guarantee the test results his daughter needs, a dreadful thought, really, resorting to cheating, so disrespectful of his daughter, but something in the long run that he thinks will seem insignificant.  While his own marriage seems to be surviving on fumes, as he and his listless wife Magda (Lia Bugnar) barely speak, it’s clear they left under Ceaușescu communism but returned post 1989 with high hopes and dreams, thinking they could “move mountains,” but nothing’s changed and he has regretted the decision ever since, surrounded by incompetence, corruption and moral failings.  While he’s apparently never resorted to these kinds of methods before, his daughter performs poorly after the first day of tests, where he feels he must intercede on her behalf if she is to fulfill his dream of getting her out of Romania, but it must be with her implicit participation.  Meanwhile, someone has thrown another rock through his car window, adding an element of paranoia to an unsettled mood of disturbance.  The film is seen almost exclusively through the eyes of Romeo, whose dogged persistence through an abyss of disillusionment is a tribute to Titieni’s brilliance, as his feelings and failed ambitions are channeled directly to the audience, which might explain why he always has to have the last word on any matter, thinking he’s the smartest guy in the room, making sure his way prevails, as he’s worked it out in his mind that this is for the best.  His daughter is not so sure, and hesitates to do what her father asks, as it goes against everything he’s ever taught her.  Making matters more complicated, Eliza has been spending time with Marius (Rares Andrici), a low-life guy on a motorcycle with little future, who never took studies seriously, and may hold her back.  While reviewing surveillance footage of his daughter’s attack, Romeo thinks he recognizes Marius at the scene and confronts him, suspicious of his alleged non-involvement, but Marius claims it’s a case of mistaken identity, leaving what actually happened in a cloud of ambiguity.

This feeling of “nothing is as it seems” pervades throughout, like the opening rock through the window, suggesting an alternate reality, an unseen presence lurking nearby, like an underground shadow existence that is felt, but never seen.  Romeo insists on investigating clues himself, but feels like he’s being watched, as if someone is following him, leading to eerie scenes that veer into the thriller genre, as if there is an element of dread and unanticipated horror about to manifest itself, his guilty conscience hounded by the sounds of dogs barking, which is accentuated by the filmmaker’s intricately controlled aesthetic, with hand-held, over-the-shoulder camera shots, along with a tendency toward long takes that reflect the puzzled interior suspicions of the protagonist, who is not exactly the pillar of the community, as he’s a man that continually harbors dark resentments, which is why he has an overcontrolling personality, as he insists that things go exactly as he plans.  But his system breaks down, with even Romeo realizing the futility of his methods, as Eliza distances herself from her father and gravitates more to Marius as her boyfriend, who at least is her same age, while at the same time Magda finds out about the secret affair and throws the bastard out, along with his personal belongings, maintaining a shred of what’s left of her dignity, leaving Romeo in an emotional and psychological freefall, as he’s literally out on his own.  Meanwhile, a few special investigators come snooping around the hospital asking questions about stolen organs and tampering with the organ donor waiting list, keeping the pressure on his frazzled state of mind, as he has to keep one step ahead of the rest, but it’s clear he’s near the breaking point.  With the music of Handel playing on the car radio, Andreas Scholl Largo di Handel Ombra mai fu Aria da Xerxes HWV 40 ... YouTube (3:11), this gorgeous mastery of controlled restraint resonates deeply as a stark contrast to Romeo’s interior world that’s falling apart.  It’s an extraordinary character study, a complex film of psychological subtlety and moral weight, and a powerful social commentary on how the moral compromises seen in the world around us have a way of infiltrating our defense mechanisms and making their way into our own behavior as well, where we’re so consumed by taking preventative measures that we become what we’re fighting against.  Perhaps without realizing it, the sins of one generation are handed down onto the next.  Like the Coen brothers pulling the strings and pestering the protagonist in A Serious Man (2009), Mungiu loves adding new surprises that further complicate Romeo’s growing dilemma, chief among them is that Eliza may not be that interested in going to the UK, an idea that her father insists is mere foolishness, while Sandra was not too keen on introducing her young son to Romeo, initially seen wearing a mask, exactly like the Shakespearean character at the masked ball, though after the initial suspicion wears off, they seem to develop an unspoken truce with one another.  In the end, this unvarnished film examines a nation’s damaged conscience through a drama of raw, accumulated day-to-day detail, where each scene has its own impact, revealing the small ways that we undermine the society we live in, continually lying to ourselves and rationalizing the benefits of our personal decisions, presumably made with the best intentions (“Do good reasons make up for bad decisions?”), yet this all contributes to a toxic air of societal mistrust.
Posted by Robert Kennedy at 12:29 AM