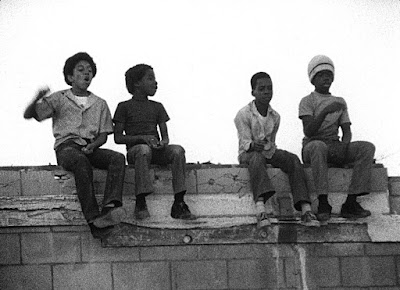 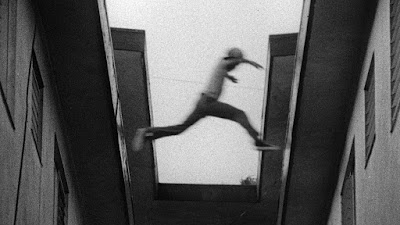 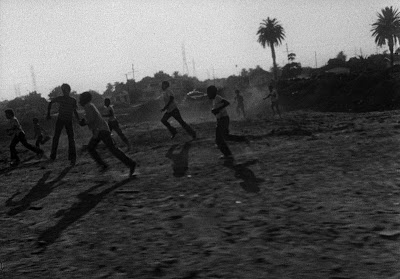 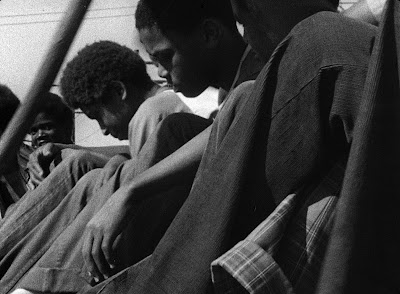 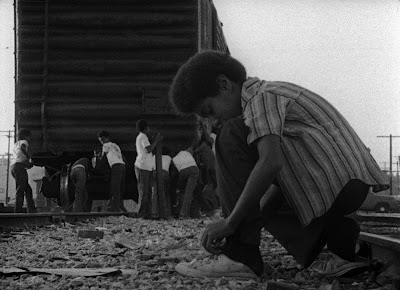 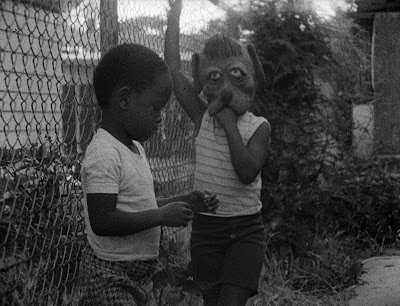 Burnett’s daughter Angela behind the mask 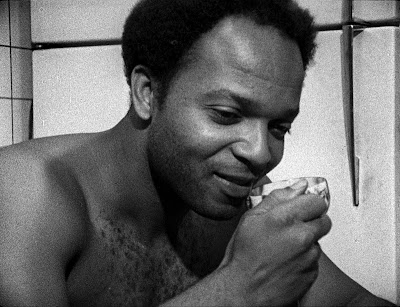 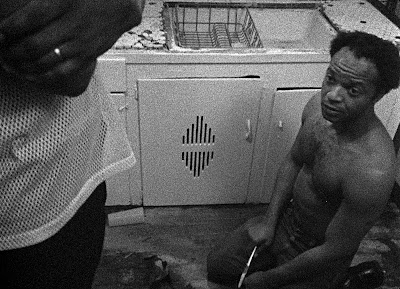 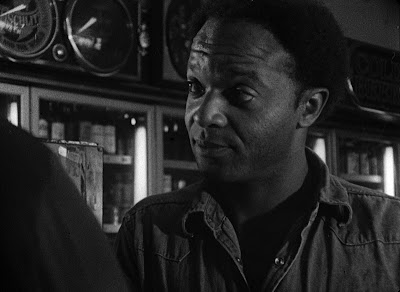 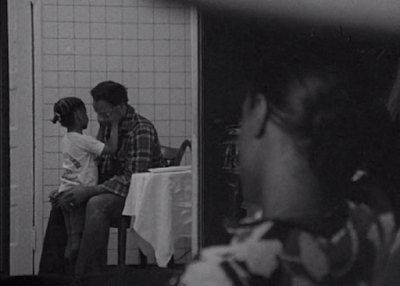 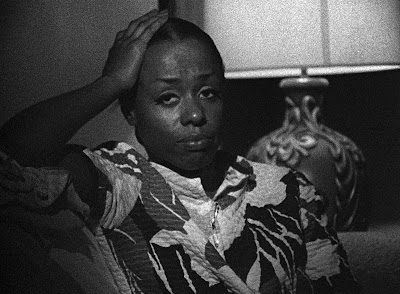 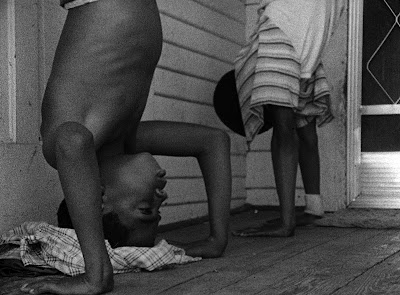 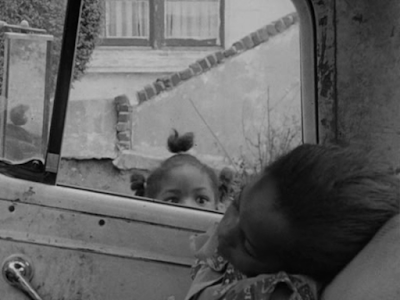 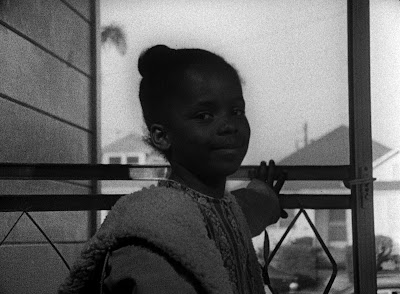 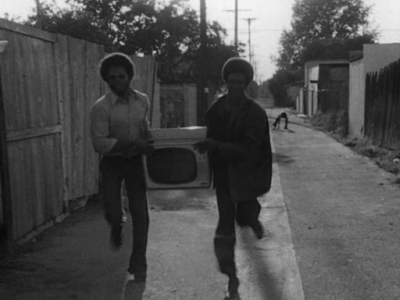 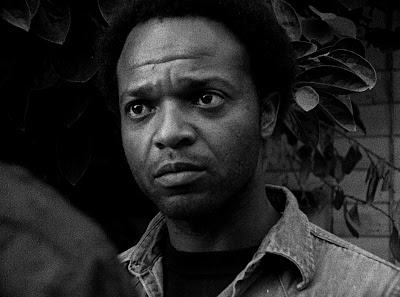 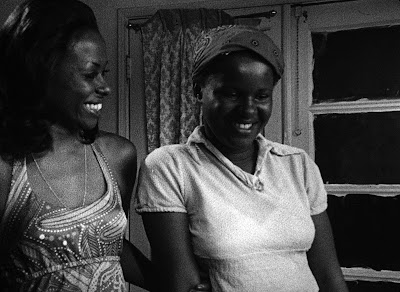 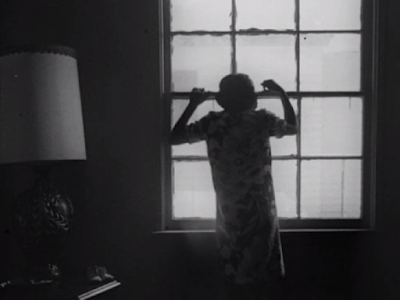 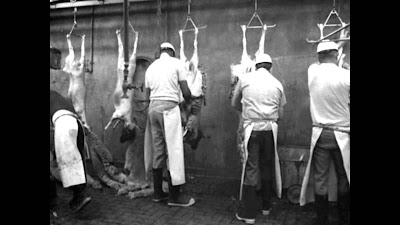 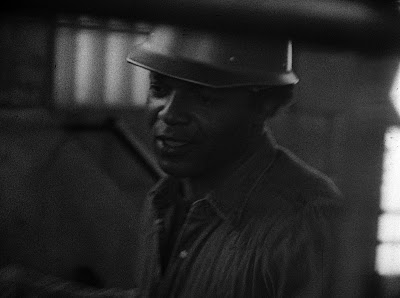 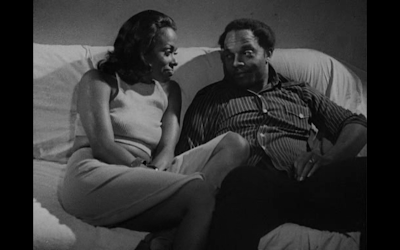 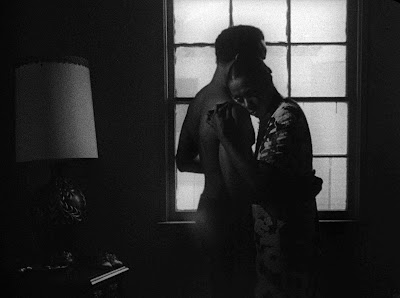 This bitter earth
Well, what fruit it bears
What good is love
mmmm that no one shares
And if my life is like the dust
oooh that hides the glow of a rose
What good am I
Heaven only knows

Lord, this bitter earth
Yes, can be so cold
Today youre young
Too soon, youre old
But while a voice within me cries
I’m sure someone may answer my call
And this bitter earth
Ooooo may not be so bitter after all

“This Bitter Earth,” by Dinah Washington

A spare, near documentary examination of everyday life in the poverty stricken black neighborhood of Watts, Los Angeles in the mid 1970’s, brought to near poetic poignancy by Burnett’s obvious affection for his subject matter, and like Cassavetes, certainly Shadows(1959) and Faces (1968) come to mind, in his early independent ventures he uses many of his own family and friends, made for about $10,000 shooting mostly on weekends, a film that was submitted as his UCLA film school thesis.  Written directed, filmed, produced, and edited by Burnett, what’s particularly affecting in the film are his naturalistic shots of so many children at play, many throwing rocks in dusty vacant lots, abandoned construction zones or railroad yards, jumping off and climbing on roofs, hanging out in back alleys, fighting and playing taunting word games with one another, and occasionally a child will be seen crying or getting hurt, but the playing immediately resumes afterwards.  The affection that Burnett displays for children is simply amazing, catching a young 4-year old girl unawares as she puts her clothes on all by herself, observing unsupervised kids eating at the breakfast table, where sugar is the obvious condiment of choice, or eavesdropping on conversations, as one girl notices the other was missing in school, warning her that she might fall behind.   While some may find the repeated images of a lambs to the slaughter metaphor a bit heavy handed, but there’s no disputing what the future holds for these children and how accurate Burnett’s reflections are, as today one-third of all black males under 30 are incarcerated at some point, and this film was made 40 years ago (see: The Crisis of the Young African American Male and the Criminal ...).

Mostly we spend time with the family of Stan, played by Henry Gayle Sanders, a slaughterhouse worker who lives paycheck to paycheck, who is too proud to think of himself as poor, but he obviously struggles how to get by each and every day.  While there’s no real narrative, instead there’s a fluid dynamic of Burnett’s camera observing life as it happens, where kids engage one another, adults have typical problems that are difficult to discuss, friends come and go, opportunities present themselves, people have to go to work, and it’s hard for parents in this neighborhood to ever find some free time for themselves.  One of the most telling images in the film is the look on the face of Stan’s wife, Kaycee Moore, a sensuously expressive woman who is simply glaring at him as he’s refusing her outright requests for affection and is instead allowing their young daughter (Burnett’s daughter, Angela) to hang all over him and get the affection that she obviously needs.  Her slow burn is unforgettable — and painful to watch.  When a couple of shady characters attempt to engage Stan as a partner in a robbery attempt, Stan’s wife steps from out of the background and speaks her mind, aggressively placing herself between these guys and her husband, holding her ground, never backing down.  Earlier the couple slow danced together to the music of Dinah Washington’s “This Bitter Earth,” Dinah Washington - This Bitter Earth 1960 - YouTube (2:28),  where she made her feelings imminently clear, but he was strangely unresponsive, which is typical of Burnett, demythologizing the overactive black male sexual myth by simply showing how easily one man’s thoughts can drift elsewhere from time to time.

Mostly this is a gentle, occasionally humorous, lyrical film with fleeting images presented as vignettes that respect the world we live in rather than cast judgment, much of it wordless set to evocative music, from the historic bass tones of Paul Robeson’s “The House I Live In” "The House I Live In" (Paul Robeson) - YouTube (3:12) or “Going Home” Going Home - YouTube(4:41) to the classy lyricism of Dinah Washington, from the harmonica led, blues infused Little Walter’s “Mean Old World” Little Walter-Mean Old World - YouTube (2:55), to an undaunted 4-year old singing along to the more pop culture of the era, Earth, Wind, and Fire’s “Reasons” Earth, Wind & Fire - Reasons - YouTube (4:58), from Elmore James’ Chicago blues classic “I Believe” Elmore James - I Believe 1952 - YouTube (3:19), which wails over a back door craps game, to the joyous, free-spirited strutting music of Louis Armstrong's “West End Blues” Louis Armstrong - West End Blues 1928 - YouTube (3:20), which accompanies the couple’s attempt to step out for a change, all of which adds a classical dimension to the film’s structure, shading each sequence with yet another layer of intimacy and grace, providing a musical heritage to black people’s lives.  Made about the same time as David Lynch’s ERASERHEAD (1977), these films couldn’t be more opposite, yet they aren’t like anything else from that or any other era, which makes them especially significant, as first films have a unique tendency to unleash the artist’s imprint.  This is an elegant, uncompromising film, a time capsule from a soft-spoken man of quiet dignity who raises our eyebrows with the elegiac images he composes from one of the least accurately portrayed neighborhoods in films.  This has the feel of a fervent prayer.
Posted by Robert Kennedy at 12:04 AM