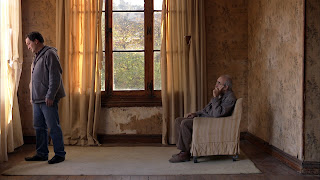 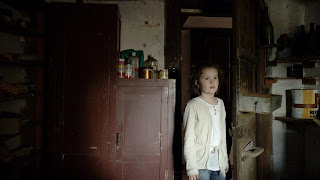 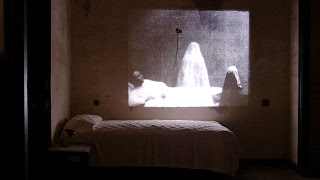 
No one lives in the house anymore – you tell me –; all have gone. The living room, the bedroom, the patio, are deserted. No one remains any longer, since everyone has departed.
And I say to you: When someone leaves, someone remains. The point through which a man passed, is no longer empty. The only place that is empty, with human solitude, is that through which no man has passed. New houses are deader than old ones, for their walls are of stone or steel, but not of men. A house comes into the world, not when people finish building it, but when they begin to inhabit it. A house lives only off men, like a tomb. That is why there is an irresistible resemblance between a house and a tomb. Except that the house is nourished by the life of man, while the tomb is nourished by the death of man. That is why the first is standing, while the second is laid out.
Everyone has departed from the house, in reality, but all have remained in truth. And it is not their memory that remains, but they themselves. Nor is it that they remain in the house, but that they continue about the house. Functions and acts leave the house by train or by plane or on horseback, walking or crawling. What continues in the house is the organ, the agent in gerund and in circle. The steps have left, the kisses, the pardons, the crimes. What continues in the house are the foot, the lips, the eyes, the heart. Ne­gations and affirmations, good and evil, have dispersed. What continues in the house, is the subject of the act.
—No One Lives in the House Anymore, by César Vallejo (1892 – 1938), translated by Clayton Eshleman

A spare and stylistically unique film, one that insists it be viewed in a pensive and quietly reflective manner, something along the lines of minimalist conceptual art, as the camera lingers and hovers around every corner of an old 13th century home in the Basque region of Spain.  While it doesn’t rely upon long takes, as one might expect, it instead finds novel angles and viewpoints, where rarely do we feel like we are revisiting the same area twice.  Filmed exclusively in natural light, composed of static shots, it’s largely a meditation on death and dying, where the glacial pace and constantly probing camera by Jimmy Gimferrer may suggest every structure has a life and core identity of its own, something beyond superficial character traits, but is a part of a living history of the geographical region, a natural part of the world around it, where every structure may have its own carefully defined personality.  Part of the title may suggest the paternal responsibility that comes with each successive generational lineage as the home is passed from person to person and family to family, each with the obligation to care and look after the home, which is something of a national treasure, especially when small schoolchildren visit to hear a lecture about vying families that lived and fought nearby defending what they perceived as their own territory, using the home as a kind of fortress when it was originally built.  Mostly we see two characters, Luis Pescador as the elderly caretaker who continually tinkers around the building and Miken Goneaga is the amiable priest of the nearby church who can be seen paying neighborly visits.
Based on the date alone, the home would have survived the Plague and the Spanish Inquisition, but there is some question as to whether it will survive the break-ins from various home invaders, largely small groups of kids that try to ransack the place in the mistaken idea they may find something of value inside.  All they really do is break a few windows and alter the existing sense of order inside, where Luis has to painstakingly put everything back together again, a constant with an old house, where leaks, decaying walls, and the constant sense of structure deterioration play a part in the overall character of the home.  What’s perhaps most peculiar are flickering lights on the wall seen initially in a lightning storm, eventually turning into projected images of heavily decomposed film, Basque found footage from the region that continues the parallel theme of aging and decay, but also the idea of human visitation, as these flickering images offer a ghostly presence, adding a dreamlike state of reality, a kind of unknown netherworld that perhaps exists only while we sleep.  Offering a peculiar sense of beauty, perhaps one that each inhabitant brings through subjective perceptions, this personifies the changing nature of things over time, where what was originally a face becomes a barely recognizable ghostly apparition, as there may be few traces of that original face left, but perhaps only a glimpse of what looks like an eye or perhaps a nose, altering the very face of existence.
This is a somber and reflective work on the nature of time and history, a non-narrative film given an experimental and even interactive adaptation, as the filmmaker plays around not only with images on the wall but with various forms of light, continually opening doors and windows, where in one of the more remarkable transition shots one sees out of darkness what appears to be a full moon in an otherwise black sky, but slowly over time there are small almost imperceptible changes, as the slightest increases in light soon reveals a beautifully designed window, where what one thought was a moon is the opening to the world outside.  While there are occasional engaging conversations between Luis and the priest, mostly all we hear are the sounds of Luis tending to various repairs, scraping away the vegetative plant life that has overgrown several of the windowsills, measuring pieces of wood as he attempts to repair a broken window, spraying the walls with a toxic insecticide, all part of a seemingly endless process of keeping up with what’s needed to care for such an old structure.  But mostly, it’s a quietly contemplative film, where Luis can be seen leaning against the walls, where near inaudible traces of the sounds of the church can be heard playing indescribably beautiful sacred music, where the sound wafts though the house like a holy presence.  While the film is continually accessible on a number of levels, testing the boundaries of documentary and fiction, its patient adherence to an unusually curious and continually shifting perspective makes one focus and take notice, where there is certainly no pressing urgency anywhere, but instead a quietly transcendent state of mind is achieved, feeling almost like a brief cinematic prayer.
Posted by Robert Kennedy at 11:08 AM