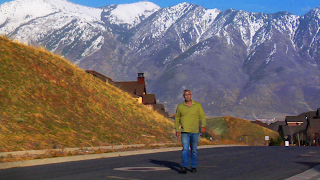 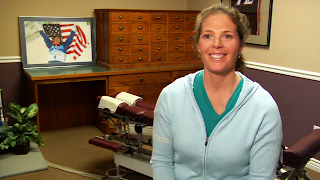 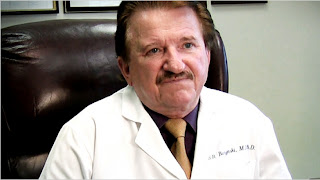 This is a follow up subject wise to other documentaries like Burzynski (2010), which are like cries from the wilderness, literally pleas to the American public to reconsider their course of standard medical treatment, as doctors, whether well-intentioned or not, have become joined at the hip to the pharmaceutical industry, so much so that their end goal after a patient examination is usually what drug(s) to prescribe, usually long term with refills, as if this is what the patient wants to hear.  While this documentary is largely one-sided, most likely financed by chiropractors, it initially explores how chiropractors can often remedy the physical effects of excessive drug use on the human body, literally bringing a body back to its natural health.  Historically, however, they are seen as “quack” treatment by the American Medical Association that prefers to set the standards for the industry, and doesn’t take well to outsiders who don’t walk to the beat of their drum.  Repeatedly those that practice alternative medicines hear this same label, but they exist largely because patients are dissatisfied with a life of living with pain, or being sent home to die from some incurable disease, refusing to accept this is how they’ll be forced to spend the rest of their lives, where they’re desperately seeking another choice.  Some of the time, the key word being some, the results are miraculous, despite examining the debilitating effects of chronic pain, frozen shoulder syndrome, multiple sclerosis, Lyme disease, autism, and cancer, where at least sometimes the body can heal itself if given the right impetus.  Nonetheless, alternative medicine is often not covered by major insurance companies, including Medicare or Medicaid, where only a limited amount of services pass government scrutiny, while the rest is still considered experimental medicine.

Some of the facts presented suggest some children are mandated to take as many as 26 different immunizations despite the potential health risks to a small percentage, but when such large numbers are required to comply with the requirements, these numbers add up, as it’s not just a few children that suffer adverse affects.  A separate court system has been implemented just for these specific cases, as you cannot sue the government for requiring immunizations, which have easily saved millions of lives, but they’ve also damaged quite a few who have been paid billions as compensation for the adverse effects.  No numbers or statistics were provided, only that the risk is often never explained to the families.  When examining the history of large pharmaceutical companies, they pay out whopping fines as well due to adverse health effects, including deaths, some payouts in the billions of dollars, which is considered the cost of doing business, as they are making gargantuan profits, where the government refuses to shut them down as they also provide so many other needed medicines.  Much of this plays out like the cigarette manufacturing business, where for decades the nation was in denial over the health risks, where one of the worse offenses was the way the industry targeted youth as the next generation of cigarette smokers.  In much the same way, the pharmaceutical industry is also targeting children, where certain psychiatric medicine led to inexplicable suicides in young children, where they were used as guinea pigs, taking medicine where no one really knew the risks involved until it was too late, sounding very much like the use of lobotomies of the 40’s and 50’s, or thalidomide in the 60’s.  In the 70’s and 80’s the preferred psychiatric medication was Valium and Xanax, where researchers later discovered the depressed effect they have on the brain, making them the most misused prescription drugs on the market.  The suggestion here is that to pharmaceutical companies, doctors are simply suppliers, or “whores” as they are called in the industry, where their aim is to find compliant practitioners to partner their drugs to patients on a permanent basis in order to make huge profits, irrespective of the potential ill effects they have on humans, where the kind of damage they can inflict just from reading the labels often sounds absolutely ridiculous.

The film improves greatly when they put a human face onscreen that people recognize, such as John Stockton of the Utah Jazz, whose quick recovery from ankle sprains was due to his team’s chosen chiropractor, who also significantly reduced the team number of games missed from aggravated injuries, as he was able to get these high flying athletes to play pain free.  Olympic skier Picabo Street was also able to recover quickly after a potentially career ending knee injury using the work of a chiropractor, who uses a less invasive procedure, taking a more holistic approach to the human body and how it can best recover.  Perhaps the star of the film is a PhD biochemist Dr. Stanislaw Burzynski, the target of multiple harassing lawsuits to discredit his findings, who has won one of the largest legal battles with the Food & Drug Administration in U.S. history, a 14-year journey to obtain FDA approved clinical trials for a cancer fighting treatment known as antineoplaston therapy.  Despite industry claims that his groundbreaking treatment is unproven, Burzynski is the only scientist in history to have cured a childhood inoperable brainstem glioma.  Among the most effective screen characters was an Inuit Alaskan Iditarod announcer whose family had a history of lupus, where her mother eventually committed suicide, yet after considerable effort in diagnosing her own illness, she discovered it may be the presence of Lyme disease instead, which through the help of natural health practitioners could be successfully extracted from her system.  Another mother’s infant child was born prematurely but survived, but the family refused to give such a small child Phenobarbital for potential seizures, using the hand healing methods of chiropractics instead which seems to have jump started his brain, making him a much more active and intelligent kid.  While there’s never any attempt to offer a differing point of view, and often there’s little follow up on featured patients, the film also makes an overreaching attempt to tackle genetic modification in the food industry, suggesting there are benefits to eating organic, but they tackle on too much unsubstantiated information at the end which only undermines the credibility of the entire film.  Overall, while common sense suggests patients should integrate a whole body approach to health, including trying the benefits of alternative medicine, the film does play like a chiropractic infomercial.
Posted by Robert Kennedy at 8:57 AM