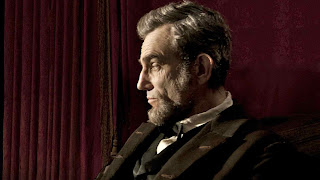 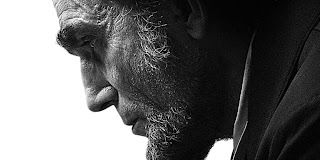 Fondly do we hope—fervently do we pray—that this mighty scourge of war may speedily pass away. Yet, if God wills that it continue until all the wealth piled by the bondman's two hundred and fifty years of unrequited toil shall be sunk, and until every drop of blood drawn with the lash shall be paid by another drawn with the sword, as was said three thousand years ago, so still it must be said, “The judgments of the Lord are true and righteous altogether.”

With malice toward none; with charity for all; with firmness in the right, as God gives us to see the right, let us strive on to finish the work we are in; to bind up the nation's wounds; to care for him who shall have borne the battle, and for his widow, and his orphan—to do all which may achieve and cherish a just and lasting peace among ourselves, and with all nations.

—Abraham Lincoln, 2nd Inaugural Address, March 4, 1865.  He was assassinated a month later, just days after the Appomattox terms of surrender were signed on April 9, and died April 15, 1865.

Spielberg continues the American tradition of grandiose filmmaking, initially spun by the mythmaking of John Ford who himself made YOUNG MR. LINCOLN (1939), another fictionalized account of the life of Abraham Lincoln, using Henry Fonda in another near saintly role.  Though based in part by the historical accounts of biographer Doris Kearns Goodwin in her book Team of Rivals: The Political Genius of Abraham Lincoln, adapted by Angels in America playwright and screenwriter Tony Kushner, who also wrote Spielberg’s earlier film MUNICH (2005), Spielberg has a Cecil B. DeMille tendency to exaggerate Lincoln into larger than life, iconic status even while he’s alive, turning every frame of this film into mythological spectacle instead of history.  In this manner, much as he did with AMISTAD (1997), Spielberg takes liberties in fictionalizing history that he peddles as the truth, actually printing study guides to be used in schools alongside his films as an example of American history, where much like Fox News on the political right, Spielberg often blurs the lines between fact and fiction.  Spielberg actually purchased the film rights to the movie before the Team of Rivals book was even written, suggesting a pre-conceived notion of what he wanted to do, which is elevate Lincoln into heroic and saintly status.  While he uses actual biographical accounts to humanize the man, he continually displays skewed and preferential treatment to show Lincoln above the fray, always seen as a noble figure, while all around him his more self-interested minions are fighting to cover their own political hides, forever squabbling about minor details, losing sight of the big picture, where only Lincoln seems to hold together this vision of ending slavery.  Worried that the Emancipation Proclamation could legally be construed as only valid as a Presidential decree issued during wartime, once the war is over, he didn’t want to consider the possibility of the return of slavery, so he needed the 13th Amendment passed abolishing it once and for all.

In the film it’s all about slavery, about being on the right side of history, with barely a word about state’s rights or protectionism, which is at least part of the Civil War argument.  States wanted the right to preserve slavery, but also their own sovereignty, and much like today, they didn’t like the idea of a weak and often unpopular government interfering with their individual freedoms.  Lincoln took his decisive re-election in 1864 (losing only 3 states, Kentucky, Delaware, and New Jersey) as a referendum on slavery and a sign that the nation demanded immediate redress.  In typical movie fashion, even up until a few hours before the vote, Lincoln must overcome near impossible obstacles, as the votes are not there.  In noble fashion, he arranges private meetings with needed legislators and speaks with a kind of mystical reverence about making history, where people are often puzzled or a bit mystified by what he’s saying, as he’s never on the same plane as anyone else, always in a higher spiritual register, where his art of persuasion is miraculous, as little else explains the victory.  Behind the scenes, he has hired a trio of more conniving political operators who have skillfully attempted to offer promises of patronage as incentives to vote with Lincoln, but they run into a brick wall and some personal arm twisting from the President is invaluable in turning the tide.  Using a two pronged attack, Spielberg shows Lincoln’s personal life behind the scenes, often debating current strategy with David Strathairn as Secretary of State William Steward, whose job at the time seems more like today’s chief of staff, balanced against interactions with his family, including his stubbornly entrenched wife Mary (Sally Field), still mourning the loss of a child from illness a few years earlier, and struggling with recurrent migraine headaches.  Simultaneously, much of the action takes place on the floor of the House of Representatives during the January debate on the Amendment, an often contentious affair filled with snide remarks, personal backstabbing, and insults, an unflattering portrait of the messiness of democracy, where strangely out of chaos comes order.  What’s perhaps most exceptional about Lincoln, the man, is his generous and merciful tone expressed near the war’s end, especially the use of the phrase “with malice toward none,” where he honors those lost on both sides and spreads no further rancor or discord.

Like other lavish Hollywood productions, this one $65 million dollars, the movie is star heavy, where familiar faces can be seen in relatively minor roles, but two stand out.  Ironically, it is British actor Daniel Day-Lewis that most perfectly expresses the 16th American President, literally inhabiting his folksy personality, the kind of guy that pays attention to minor details, often asking the opinion of people in ordinary walks of life, but also likes telling stories or dirty jokes.  The only time he raises his voice is to his wife who is at the same time screaming at him, as Lincoln could easily lose his focus by the multitude of distractions, not to mention the war dead, but he’s able to balance everything in a rational manner, somehow finding wisdom in the most tragic circumstances.  Outside of Lincoln, Tommy Lee Jones as Pennsylvania Republican Thaddeus Stevens, the powerful Chairman of the House Ways and Means Committee, literally steals the show, as his flowery oratory in describing the vile and vulgar quality of his loathsome Democratic opposition adds a touch of much needed humor, but also provides another tiresome supporter of the President’s views abolishing slavery.  You’d think since the bill passed with a 2/3 majority, there’d be plenty of support, but in Spielberg’s drama, only these two spend any time actually making the case, usually shaming others in the room who are not so convinced.  While the mechanical aspects of the film are well constructed, it does feel like Oscar bait, and its hammy overreach could win a slew of awards, even Best Picture, as in the year of Obama’s re-election, Spielberg may draw historic parallels, even if others don’t, as Hollywood adores this kind of excess of patriotic Americana on display, utilizing a jingoistic quality of filmmaking reminiscent of James Cagney as George M. Cohan in YANKEE DOODLE DANDY (1942).  As he did in There Will Be Blood (2007), Daniel Day-Lewis provides a performance for the ages, but the rest of the movie never rises to his level, always bogged down by black and white, good and evil stereotypes of the ugly opposition, a venomous group of Northerners who hate the idea of freed slaves actually having the same rights as them, thinking this is inhuman and against God, where really, their impact only detracts from the overall complexity of the drama, as too much attention is paid to the virulent hostility of opposing views, and barely any to actually building consensus.  Given the balance of time on the argument onscreen, it’s astonishing the Amendment passed, as in Spielberg’s version, it’s something of a miracle.  Such is the presentation of history in Hollywood movies, as it’s always presented with the most melodramatic flourish.  At some point, particularly when addressing historical portraits, American viewers need to be able to get past the theater of manipulation and learn to demand a more objective, less patronizing approach.
Posted by Robert Kennedy at 8:53 AM