When the Levees Broke: A Requiem in Four Acts 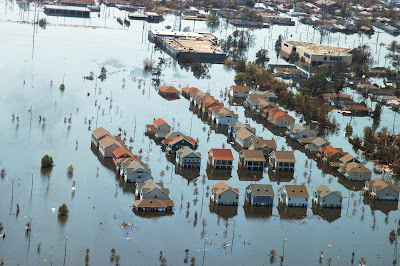 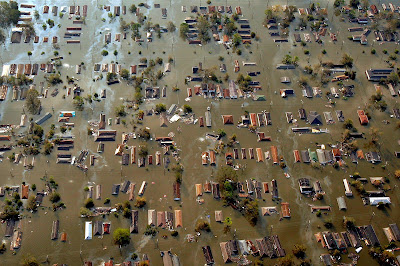 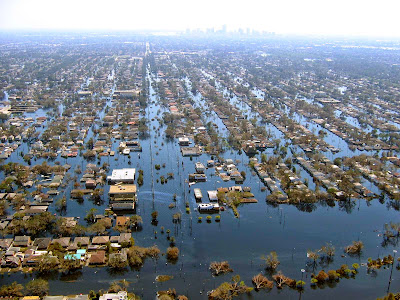 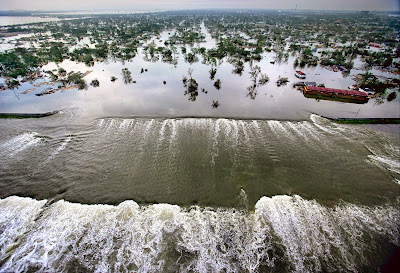 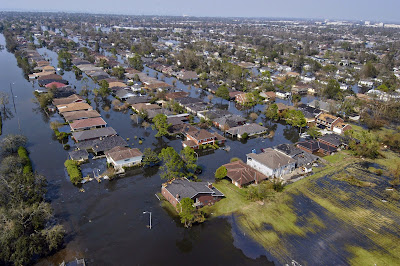 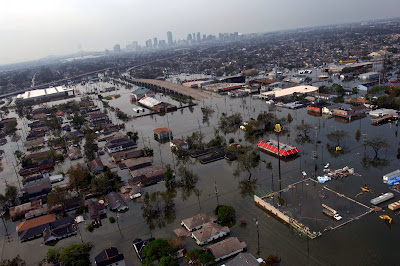 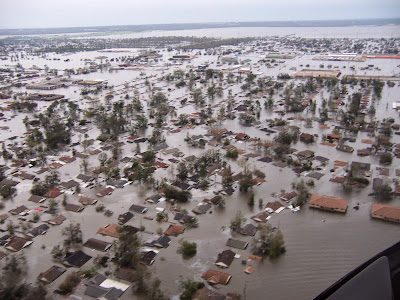 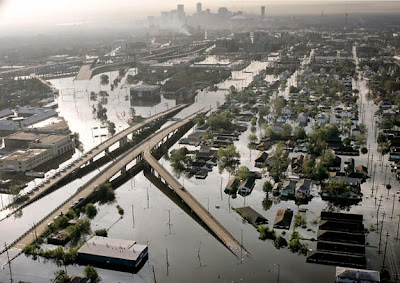 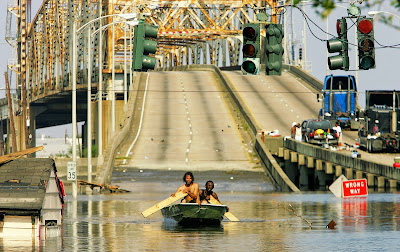 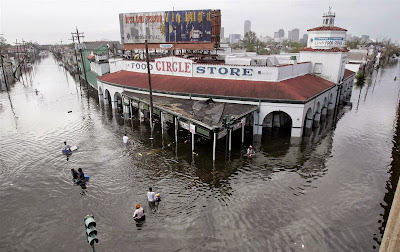 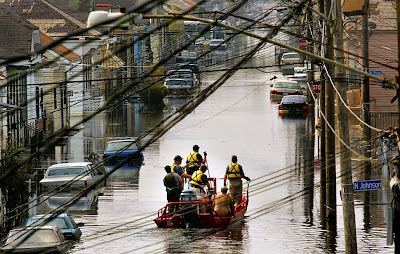 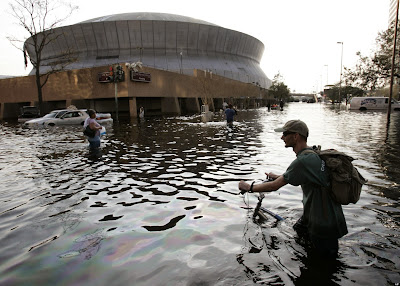 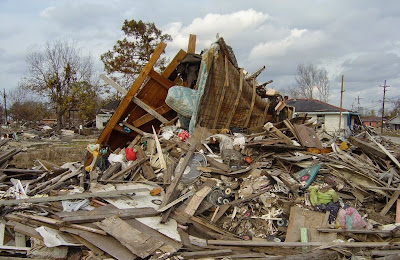 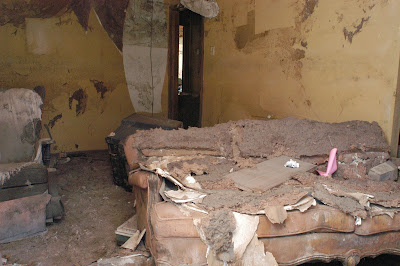 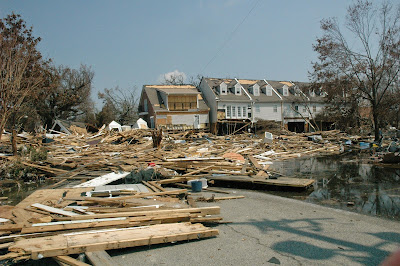 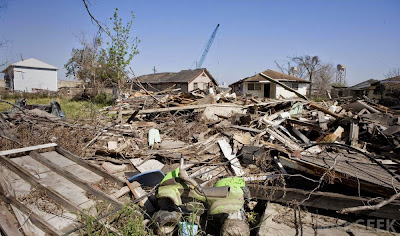 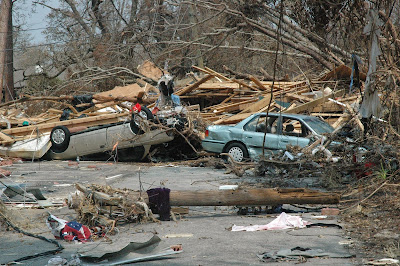 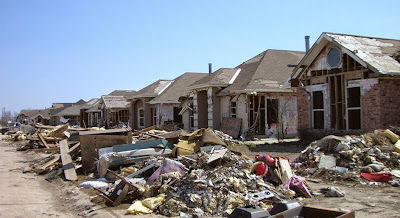 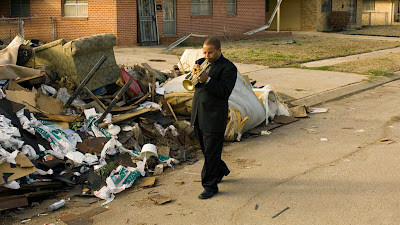 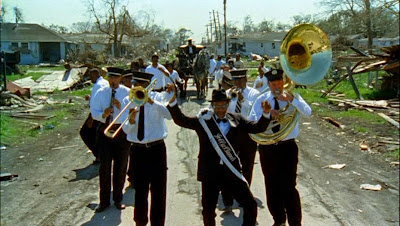 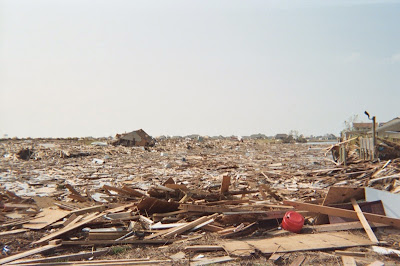 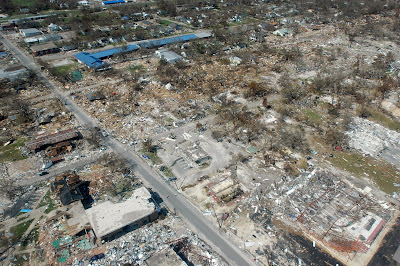 
Easily the definitive Katrina film, as Lee has assembled massive documentation of epic proportions, mostly from the survivors, but it’s a story that still lingers even years afterwards, as the aftermath is at least as disturbing, if not more so, than the storm itself and the initial absence of any governmental intervention.  Astoundingly, despite all the public outrage about the government abandoning the poorest and most helpless citizens stuck for days in stifling heat, many lined up outside the Superdome with no food, water, electricity, or toilet facilities waiting for buses that never came, some retreated to their rooftops, some were left dead on the street for days, many in hospitals or senior facilities were abandoned and all but left for dead as well, where there were continued accusations of racial divisiveness that suggested the overprivileged and upper class Bush simply didn’t care about poor blacks, as evidenced by inappropriate comments made by his own mother (Barbara Bush Calls Evacuees Better Off - New York Times).  New Orleans remains a center of controversy because they still haven’t got it right.  Despite the passage of months and years, it’s a shame how little has changed and how difficult it has been for anyone to get the help they need to return and rebuild their lives.  Instead, many families still remain scattered all over the United States, never told initially where they were going as they were bused and then flown out of town, and all too often, as in slavery days, knowingly separated from their own family in the process.  The event itself plays out like a black Holocaust, where blacks were forced to endure the worst suffering imaginable, not only losing their homes and family members to the hurricane and the floods, where searing images of nightmarish fear and death remain, some at gunpoint from their own police and National Guard units, being called refugees by the news media, as if they no longer had a country, abandoned by all phases of government relief, basically left to fend for themselves while the politicians squabbled about whose responsibility it was to do anything, a sure indicator that little or nothing would be done.  After facing the initial wave of governmental neglect, they were forced to endure another wave of insurance company neglect, where the business response was to nitpick about whether it was water, wind, or flood damage, all in a blatant attempt to minimize their payouts, victim by victim, hardly an example of civic responsibility or concern.  The picture painted here is that the collective response to the near ruination of a major U.S. City, 80 % of which was under flood water, perhaps the worst natural disaster in American history, certainly the most expensive to repair, is that each individual had to fend for themselves, a shameful and cowardly response that still leaves huge patches of a city in ruin where much of it continues to resemble an uninhabitable bombed out war zone.


While the length of the film allows closer examination of political ramifications, where all the main participants are heard, it curiously lacks the personal focus that was so prevalent in Trouble the Water (2008), a film narrated by a Lower 9th Ward survivor, Kimberly Roberts, whose home footage takes us through the heart of the storm as well as her own family’s personal travails, some of whom did not survive, where she eloquently offers her own no-nonsense reaction to the government’s bureaucratic roadblocks.  That film also adheres to a closer timeline of the events, labeling the chronological sequences —two days after the levees fail, or one week after the levees fail, which helps the viewers stay focused on the immediate aftermath of the hurricane.  Lee’s film, on the other hand, is a blistering portrait of moral outrage extended over time, offering a greater variety of graphic images while using a chorus of voices to offer their comments about a variety of subjects, from the all but ignored Army Corps of Engineer reports both before and after Katrina, to the political fingerpointing where residents, community activists, historians, public officials, Mayor Ray Nagin, several State representatives, Governor Kathleen Blanco and the Bush administration officials are often at odds with one another, where Nagin indicates after surviving the first days of the storm that he was waiting for the cavalry to arrive, which of course, never happened, to outraged citizens, where especially poignant is the pissed off voice of Phyllis Montana LeBlanc, a local resident who just grows more and more tired of all the namby pamby bureaucratic nonsense that simply continues to find ever more ridiculous ways to avoid helping people.  The entire landscape is punctuated by New Orleans music and culture, including archival footage which is interspersed throughout, much of it due to local musicians from Donald Harrison or the marching second line Hot 8 Brass Band to Terrence Blanchard (Lee’s musical composer), who brings his elderly mother back to their destroyed family home, and a righteously indignant Wynton Marsalis who sings a captivating a cappella version of “St. James Infirmary.” (heard here years later with his own band, St. James Infirmary - Wynton Marsalis Tentet with ... - YouTube, 3:55)


While much has been told about the governmental failure to respond during this crisis, this film takes a good look not only at how difficult it has been to receive adequate compensation for their loss, but also how difficult it continues to be for those who wish to return to their homes, if only to rebuild where their now demolished house used to be, pointing out how certain business and political interests have rushed in to take advantage of the disadvantaged, buying up large portions of what appears to be unused land through the use of eminent domain, all but preventing some from ever returning.  Since anything resembling what used to be the Lower 9th Ward was wiped off the face of the earth, so too have the jobs disappeared.  When a sympathetic lawyer sent out several thousand already completed forms requiring only their signature indicating they are willing to be part of a group lawsuit, a form that is mandatory if they wish to sue the government for inadequate redress for their losses, he was stunned to discover how many responses he received by people who informed him of their illiteracy, as they could not read the form.  Even before Katrina, Louisiana had one of the poorest educational systems in America, leaving many ill-prepared to join a changing workforce.  For far too long, the rickety shacks that people were living in and the bare means subsistence levels that they were used to was not only poor, but third world poor, and for all too many, the punishment for being poor appears neverending, as the odds remain stacked against them, with the rules and continuing layers of bureaucracy continually changing, making it near impossible for anyone but the wealthy to succeed.  Lee keys into this particular mindset, offering what appears to be psychological insight unique to this disaster, where many survivors face traumatic reactions resembling damaged war veterans, suffering from post-Katrina depression and Post Traumatic Stress symptoms.


Much of the testimony is heartbreaking and tearful, as are the pictures of the ravaged neighborhoods, where barely a house or a tree are left standing.  Even for those few who choose to rebuild, where are their neighbors if the neighborhood remains demolished?  Where are the churches, the grocery stores, the businesses?  Since all are left to recover individually, or on their own, there is no governmental or collective effort to reach out to help rebuild the lost communities that have disappeared.  If they were renters, as were about half, they are simply out of luck, while if they were homeowners, the other half, what chance do they have to succeed when not only their homes, but entire neighborhoods have been destroyed?  Blacks have a right to be suspicious, as Lee even advances the possibility that the levees were intentionally blown up to flood the poorer regions in order to save the richer territory, as this was the historical strategy used in the 1927 flood (Great Mississippi Flood of 1927 - Wikipedia, the free encyclopedia) at a time when the affected neighborhoods (St. Bernard and Plaquemines parishes) were nearly all white.  At the very least, there are many who believe this same mentality exists today, which explains why the business sector has such a scavenger land grab mindset to immediately rebuild the Lower 9th Ward in a new image, one much more prosperous than what existed before, and much less black.  Blacks, on the other hand, believe they are fighting for their lives and the right to maintain the diversity of their culture, which, after all, is what makes New Orleans such a thriving city in the first place.  Despite the power of the subject, and the historical relevance of documenting such a mindboggling disaster, the film is a sprawling work that has a tendency to cover the same territory, as Lee wants no voice to be left behind, which may be admirable, but it’s not as taut or well assembled as his earlier documentary 4 LITTLE GIRLS (1997), which still remains one of Lee’s best films.


Post note:  Lee has also filmed a 5th Act a year later, which is a follow up with many of the same talking heads that spoke in his earlier film, which perhaps adds a greater sense of the futility felt by so many of the excluded black residents, as over time, what were originally only conspiracy theories about keeping poor blacks out of the rebuilding process have only become more evident.
Posted by Robert Kennedy at 12:35 AM