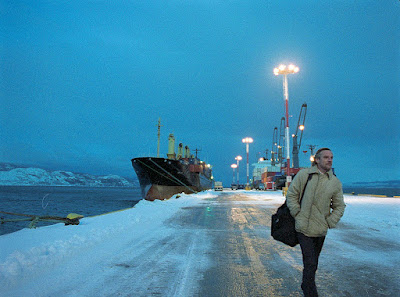 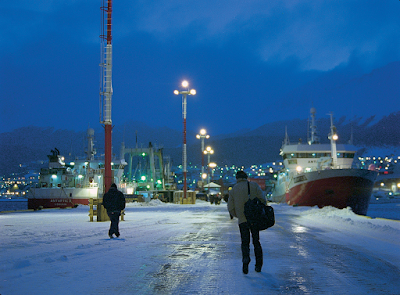 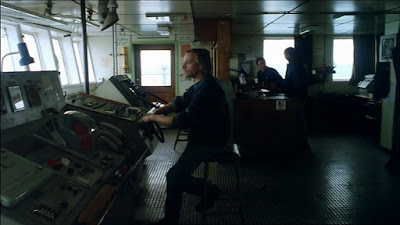 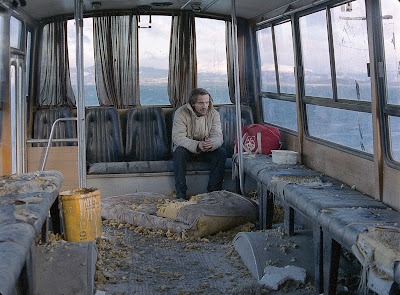 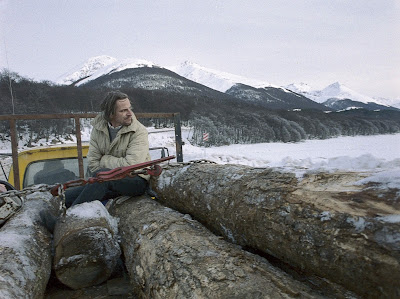 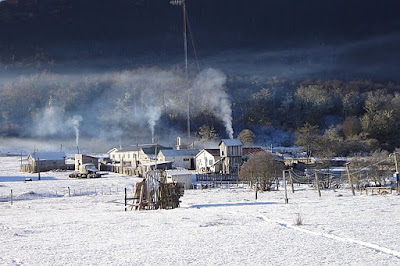 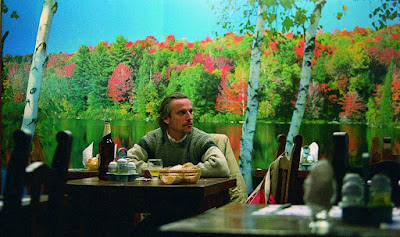 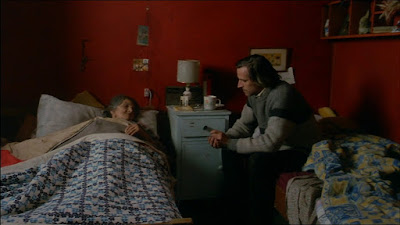 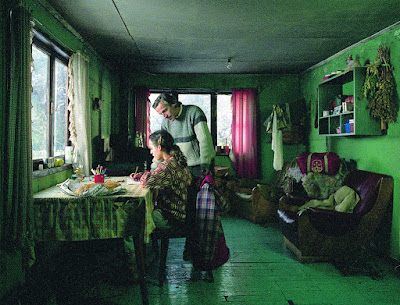 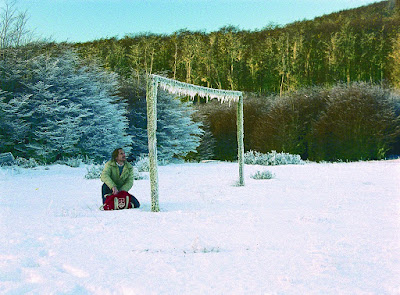 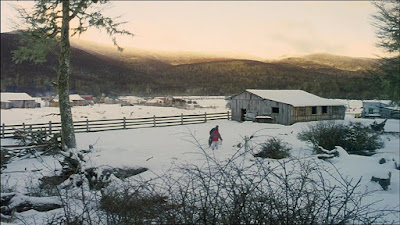 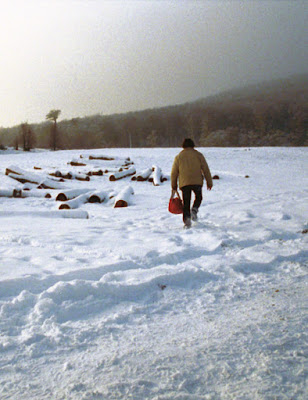 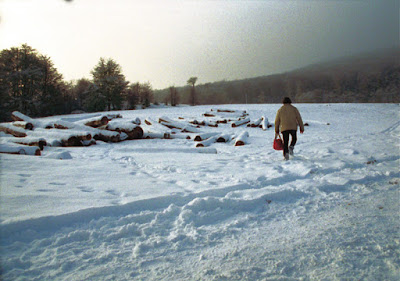 
What interests me in Liverpool – Farrel – is what he gets from the world he lives in, his submission, his loneliness, his lack of motivation and his lack of hope that something might change, that his life might be different, that he might have the possibility of relating to someone without distrust. I would like to try and see what goes on in his head full of dark, blurred memories, hangovers and awakenings on floors splattered with wine, his body bearing wounds the origin of which he could not tell.
—Lisandro Alonso


A near wordless movie that takes place almost entirely in the viewer’s head, as the filmmaker only provides the sparest of details, leaving the rest to the imagination.  Like his earlier efforts, film is an exploration of memory and self-identity, discovering how easily they can each lose their place in our lives.  Opening with the end credits while a fabulous (wordless of course) rock ‘n’ roll song wails away by Alonso’s longtime composer Flor Maleva, "Moneda Sucia" - Flormaleva - YouTube (3:10), this is the only pulsating energy that jettisons the viewer directly into the film’s journey, as after that it’s all about time and place, using long extended static shots, opening inside the bowels of a ship at sea, where we may as well be in one of Eugene O’Neill’s sea plays.  As they are approaching Tierra del Fuego and the town of Ushuaia at the southernmost tip of Argentina, the weather, as usual, is cold, blustery, and snowing.  One of the navigators, Farrel (Juan Fernández), asks permission to take a shore leave to visit his mother who he hasn’t seen in awhile and doesn’t even know if she’s still alive.  While there are some brief, yet extraordinary shots of a town nestled beneath the mountains from the ship, Farrel eventually hitches a ride with a logger truck, dropping him off within walking distance of where his mother used to live, which is followed by a solitary sequence shot in real time of isolated individuals in an informal diner waiting for dinner to be served, a lengthy sequence that does an excellent job of establishing the setting in a faraway place, where people are not rushed, are patient with one another and generally kind and helpful.  The boundaries between people are not crossed and personal space remains respected, which might be the best way to describe this director’s film aesthetic.


What follows after that remains ambiguous, as the back story is never filled in, but suffice it to say, Farrel is not exactly welcomed back with open arms, for reasons that remain unknown, but may have something to do with his reasons for leaving in the first place.  In the earlier eating sequence, no one said a word acknowledging his presence, so not feeling much like introducing himself, he instead keeps sipping from an everpresent bottle of vodka, perhaps the only friend he has in the world, and ends up spying on his mother’s house peeping through the windows before passing out in an outhouse outside in the snow, where the next morning he’s carried inside, thankfully not frozen to death.  By this time, people know who he is, but haven’t a clue why he’s returned.  His mother is extremely sick and may not even recognize him, but she remembers him as a boy, but he has little to nothing to say to her.  There is a young girl who may be mildly retarded or disabled, Analia (Giselle Irrazabal), possibly abused, as women are rare in this part of the world, and there’s certainly the possibility that he may be the girl’s father or sister, which might shed light on the circumstances of his leaving, but this is not mentioned or explored.  Instead, Farrel floats through this experience as if in a dream, never really relating to anyone.  Without connections, he eventually is seen like a ghost wandering through the immense landscape through the snow making his solitary trek back to his ship.  The scenic mountains in the snow couldn’t be more appealing, beautifully shot and composed by Lucio Bonelli, and this may be the only chance most of us have of ever visiting this remote and forbidding place.  It’s clear, however, that despite spending his life traveling the world, Farrel will continue to wander alone, never really connecting to anyone, like a lost spirit.  All that’s left for him is the drudgery of work and routine aboard an endlessly sailing ship.
Posted by Robert Kennedy at 12:04 AM