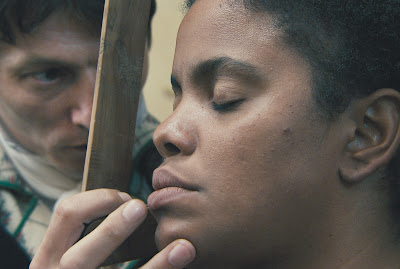 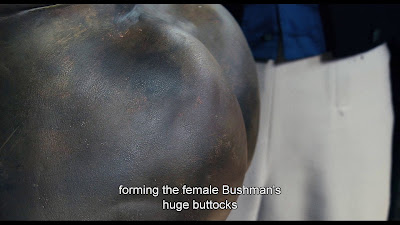 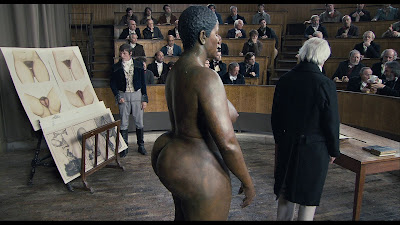 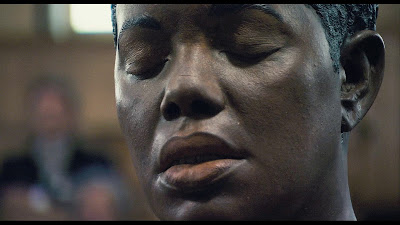 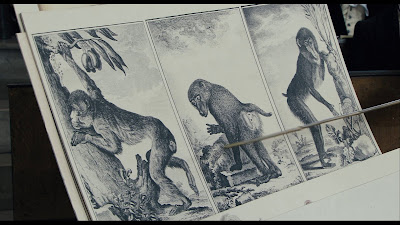 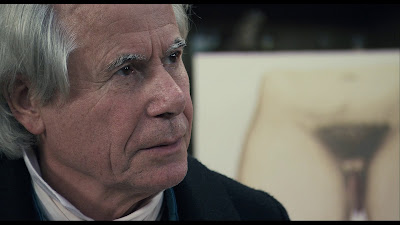 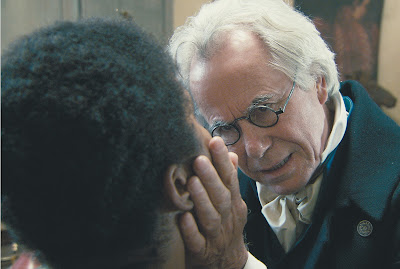 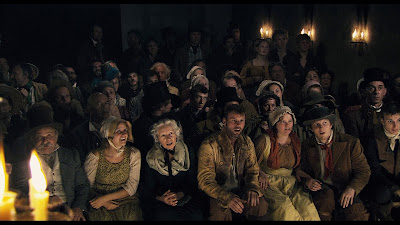 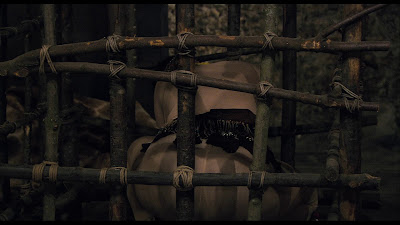 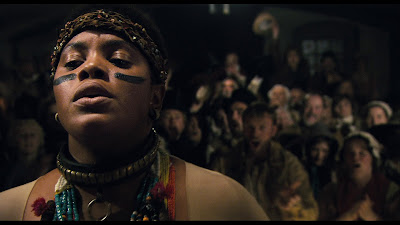 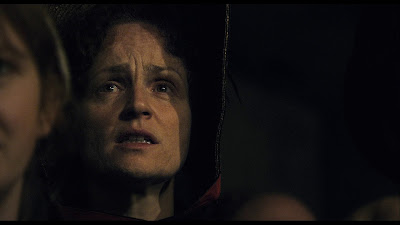 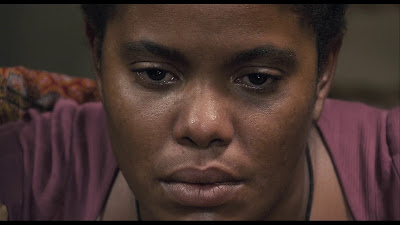 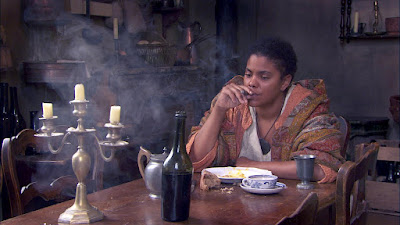 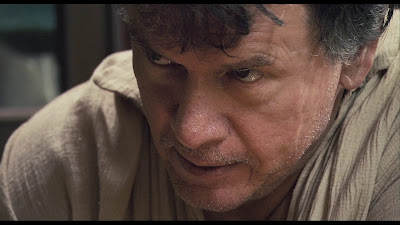 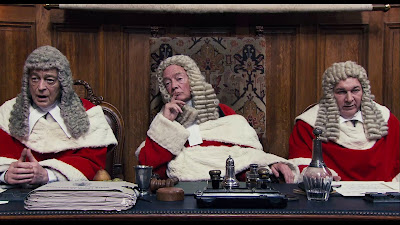 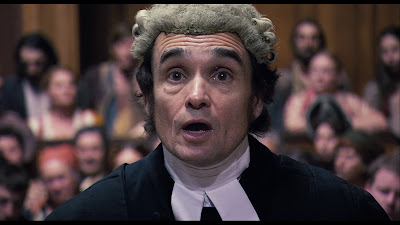 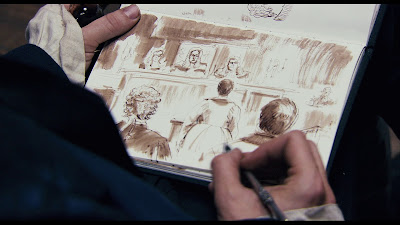 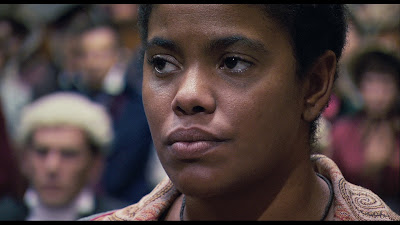 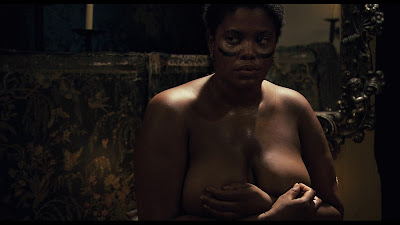 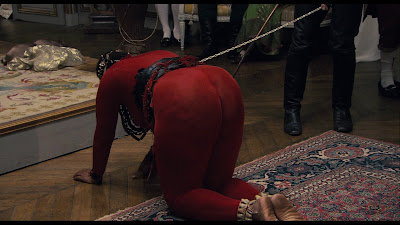 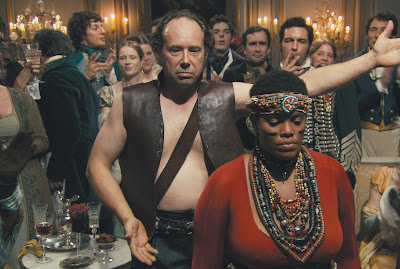 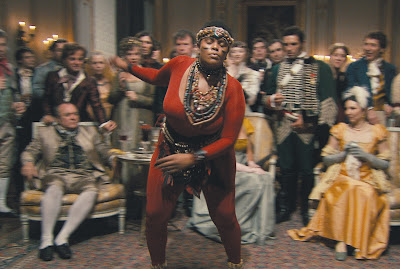 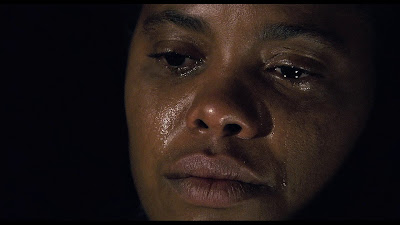 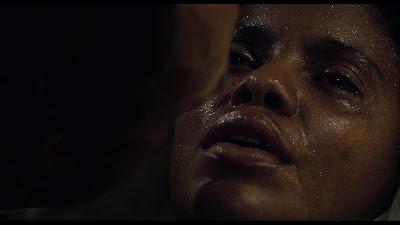 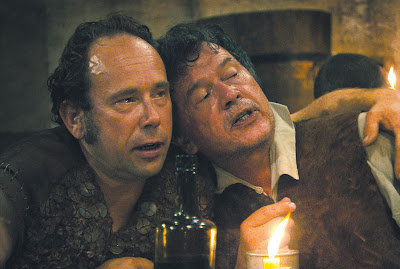 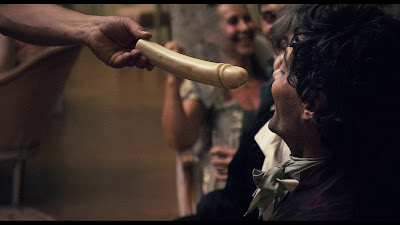 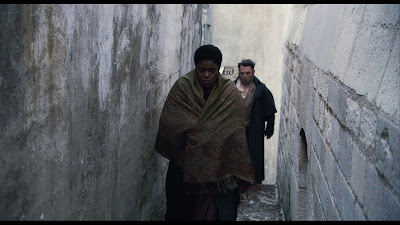 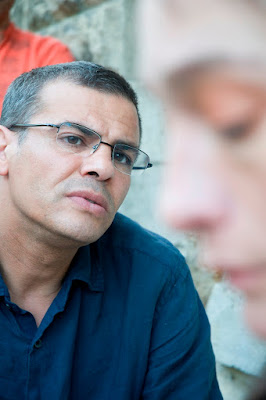 If you thought the final dinner sequence of Kechiche’s earlier film The Secret of the Grain (La graine et le mulet) (2007) was infuriating and overlong, to the point of almost ruining the picture, which previous to that was an extraordinarily intelligent and well acted piece of naturalistic filmmaking, then this film picks up where that one left off, as Kechiche has taken a wretchedly abusive early 19th century historical example of European racism that is utterly appalling in the opening five minutes and extends this exact same theme for nearly three hours, just becoming a bleaker and more miserable, anti-humanist portrait.  From the start, the scientific introduction of what is at the time perceived to be a newly discovered species of human being from Africa, supposedly a direct link to the apes, along with monkeys and baboons, takes on a peculiar interest in the civilized European society, where the continued taunts and racist derision from whites leave an exasperatingly horrific picture of colonialist mentality, one that uses science to justify their own racial superiority.  Watching this is as uncomfortable as one can imagine being in a theater all year, but it is a project of love and meticulous documentation by this director, an unforgettable experience, a historical recreation of the life of Saartjes Baartman, an oversized black woman from South Africa, particularly her pronounced breasts and buttocks, who heads a carnival act of the wild and the grotesque, a kind of King Kong exhibit of taming the wild beasts of Africa on display in 1810 – 1815 for all to see, moving from London to Paris.

What is particularly debasing is the manner in which she is exploited, treating her like a freak of nature, continually making her appear primitive and subhuman, subject to mocking laughs and contemptuous catcalls, allowing people to touch her buttocks to prove she’s real.  Baartman, played by Cuban nonprofessional Yahima Torrès, says very little in this film, never raising her voice, instead offering a void of blank stares, drowning her sorrows by drinking excessively, as this is the only way she can block out the demeaning treatment.  Her white handler Hendrick (Andre Jacobs) supposedly captured her and brought her back from the depths of Africa, keeping her locked in a cage, using a whip to control her, releasing her in front of the audience while still on a chain, or so the routine goes, all designed to sell tickets, where Baartman grows tired of the reality.  Hendrick, however, is blind to her considerations, as she’s his cash cow, continually claiming it’s in her best interests to continue along in this manner as they’ll supposedly make a ton of money, sending her back out there to be humiliated once again.  In London, some abolitionists tried to legally shut down the show, claiming it was exploitive, that Baartman was an unwilling slave subjected to public mockery, where slavery had been abolished in England just a few years earlier, but her own testimony reveals that Hendrick discovered her as a domestic worker in South Africa, offering her a contract for exhibitions in Europe, sharing half the proceeds, where she agreed to perform as an actress pretending to be a native from the wilds of Africa.

This is a relentless and punishing portrait of racist humiliation, where Hendrick sells the examination of her body to a group of French scientists in Paris, who measure her anatomy as if compiling statistics for a slave auction, but while undressed except for a loincloth, she refuses to let them examine her private parts which leads to an open rebellion on her part, an act that leads to a terrible beating and the parting of the waves with Hendrick, who is soon replaced by Olivier Gourmet as Réaux, the bear handler at the carnival, who continues to present the act in the same way, but to the aristocrats of French society in Paris who find this creature to their amusement, treating her like a sexual object they can toy and play with.  When it stops being fun and games, however, when the theatrical veil of artificiality is removed, they don’t like what they see, which is an utterly sad girl who’s led a deplorable life, who hasn’t had a moment of happiness since she was born, yet she is openly displayed half naked and exhibited as one of the wonders of the world.  When she refuses to continue to be treated like a whipped slave, Réaux brutally throws her to the wolves as well, where she spends the rest of her life as a dying and diseased prostitute, moving from the elegant brothels catering to the wealthy back into the streets where she eventually succumbs to pneumonia and venereal disease.  Even after her pitiful death, the exploitation continues, as Réaux sells her body to the French scientific community who dissect her like a frog, placing pieces of her in a jar, showing them in scientific demonstrations to help prove European racial superiority.  The intensely provocative, nightmarish experience is overly repetitive and exhausting, undermining its own effectiveness by becoming a dreary exposé, but it is a raw and graphic portrait of her continual mistreatment, shown with meticulous detail, where the director takes liberties in imagining her state of mind, as she left no evidence behind like a diary.  This near documentary film serves as a public exhibition of egregious colonialist abuse, where racist actions and intentions are often shrouded in the name of art, science, civilization and culture.