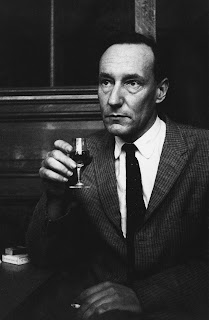 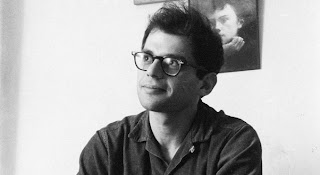 THE BEAT HOTEL                 C-
USA  France  Great Britain  (88 mi)  2011  d:  Alan Govenar    Official site
While the subject of the American Beat movement down and out in Paris in the late 50’s certainly has possibilities, especially since so little has been archived other than through literature, so a documentary exposé sounds enticing.  But other than a few still photographs that one could easily find in a library or even online, this film offers no new archival footage from which to base a movie.  Instead, it becomes a nostalgia piece, something the actual Beat writers would abhor, as their works defy sentimentality and formula, continually searching for new ways to express ideas of liberation and transcendence.  Well, you won’t find that here, as instead it’s just a bunch of old geezers boringly trying to recollect what they could remember about sharing the same cramped hotel space of several literary Americans who went on to become icons of the Beat Generation.  And what they remember isn’t much different than listening to relatives talk endlessly about things you’ve already heard a million times.  What’s the interest in hearing someone recollect they were connected to this movement if they can’t get the audience to grasp any part of that experience themselves?  With names like Allen Ginsberg, Peter Orlovsky, Gregory Corso, and William S. Burroughs, youthful photographs flashing across the screen, you’d hope there might be some hidden gems of personal insight unique to their experiences together, but we should be so lucky, as that might actually constitute relevant material for a decent movie.  Instead, insist upon reading the books and the poems, as that remains the source of inspiration, not this movie which is largely a waste of time.
Burroughs and Ginsberg were both involved with obscenity trials in the United States, Burroughs for his unpublished earlier works Junkie and Queer, and Ginsberg for his incendiary counterculture poem Howl, so this eclectic gay group of outsiders fled to Paris to avoid potential arrest (both for their art as well as their lifestyle) and be able to continue working.  What they discovered was an incredibly cheap rooming house in the bohemian section of the Left Bank in Paris called the Beat Hotel, as it was mostly inhabited by American writers and artists, where the communal atmosphere lent itself to shared experiences together, encouraging each other on, including parties and poetry readings.  It was here that Ginsberg developed the needed distance from his mother’s tragic death in a mental institution where her treatment for schizophrenia resulted in a lobotomy, writing Kaddish, while Burroughs, with help from Brion Gysin, completed a published version of Naked Lunch from randomly strung together pieces of earlier manuscripts.  Corso, the youngest member of the Beats, and the next published after Jack Kerouac, composed his poems Bomb and Marriage.  Among the few survivors of the era are British photographer Harold Chapman, who documented much of the period in photographs, and Scottish artist Elliot Rudie, whose animated drawings add a colorful surrealist element.  Do we really need to see one of them show up at the hotel 50 years later with a disinterested teenage daughter in tow?
The problem here is what a superficial portrait is generated by the film, never getting below the surface to mine anything new.  None of the Americans spoke French, so they collectively stuck together and rarely mixed with the French Parisian artists, as they couldn’t communicate, and when they happened to be at the same parties, the Americans had a reputation for consuming too much alcohol, playing pranks, and acting strangely juvenile.  While there is some free floating jazz playing throughout, none of it is identified and there is little attempt to connect any of the characters to American jazz music, or to musicians that happened to be in Paris, which was an essential component of the Beat Generation, connecting to the improvisational jazz rhythm and liberating expression of feeling.  What this film fails to do is breath any life into what inspired the Beats or indicate why they remain essential to this day, instead feeling like a monotonous misstep, where tired, grandfatherly faces continually attempt to explain the thrills and excitement of youth.  That may be what they remember, but what’s shown onscreen never registers a pulse, where there may 10 or 15 minutes of interest here.  Burroughs is accurately described as the macabre, angel of death, seen as a Grim Reaper in sarcastic animated portrayals, but each attempt to re-enact scenes fails miserably, as there isn’t an ounce of dramatic believability.  Without any emotional connection to the subjects of the film, irreverent rebels and outcasts every one, they are continually described as respectful literary figures, as if being honored with a plaque by an unnamed local dignitary makes a good subject for a film.
Posted by Robert Kennedy at 1:25 AM