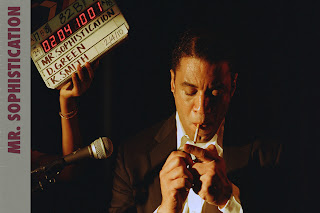 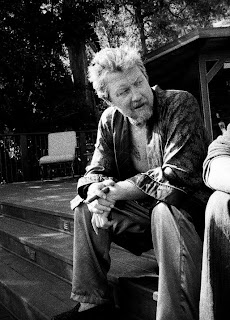 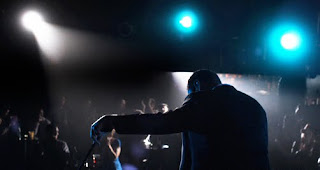 The Chicago premiere of MR. SOPHISTICATION took place at the Chicago Film Festival and was something of a coming home party, largely attended by family and friends, where Danny Green, whose career has largely been as a second unit or assistant director, wrote and directed this film with Harry Lennix in mind, and stood by the door afterwards thanking everyone who attended the film.  This is an intelligent and beautifully written role, where the real guts of the film takes place onstage where Lennix plays stand-up comedian Ron Waters, whose gritty, sharply observant commentary about the world is startlingly hilarious, mostly speaking confessionally about himself in the style of Lenny Bruce and Richard Pryor, where he’s a guy whose life is fucked up in many ways but once he’s onstage, he can’t help but be honest with his audience.  Chicago’s introduction to local actor Harry Lennix was starring in the original 1988 Pegasus Players’ staging of Ma Rainey’s Black Bottom, the first Chicago production of an August Wilson play, a role he revived 9 years later at the Goodman Theatre in 1997, winning a Joseph Jefferson Award as the best actor of the year both times.  Having seen him in the latter production, he was positively stellar in the role, reportedly one of August Wilson’s favorite actors, playing a particularly difficult part with painfully explosive moments, one of which climaxes the play. Normally a soft-spoken guy showing a quiet reserve, Lennix literally transforms himself onstage.  Goodman’s director Chuck Smith commented on the character he played “Levee is as far from the real Harry as you can probably get.  Levee's an atheist, he's streetwise and he's hot-tempered.  Harry's the opposite.  I don't see any of the real Harry on stage when he's playing Levee.  He's also the most pleasant person to work with in the theater.”  Lennix grew up in Chicago's South Shore neighborhood and was an altar boy, attending Quigley South Preparatory Seminary, deciding at a young age that he wanted to become a Dominican Priest and the first black Pope before eventually discovering theater at Northwestern University, where his original theatrical role was only two years after graduation.

What’s different about this film is the lack of two dimensional caricatures and stereotypes, bringing a mature and sophisticated intelligence to the material, writing fully realized characters that are uncomfortable with themselves even as they are apparently successful in life.  The film opens in Chicago where Waters performs to an enthusiastic audience, literally bringing the house down in a club owned by his wife Kim, Tatum O’Neal.  Despite their success, each is absorbed in their own careers, where he’s the entertainer while she handles the business end, but they don’t seem to have time for each other, where after 10 years of marriage there’s an unspoken emotional disconnection where real intimacy has been compromised by a routine of getting along.  Robert Patrick is literally transformed from the badass alien from TERMINATOR 2: JUDGMENT DAY (1991) to a hip Hollywood manager, Sterling French, a guy with influence and connections in the business who offers Waters a second chance at the LA comedy circuit, as he apparently screwed up his career earlier, one of the headliners of the 90’s until he began walking out on live performances due to erratic drug related behavior (like whatever happened to Sly Stone in the late 60’s and early 70’s?).  Kim has suspicions about a return to Hollywood where temptations run amuck, as their current run of success was a long time coming, but Waters is a driven artist who needs the stage and is ready for a renewed opportunity.  When he arrives in LA, he’s treated like a star, given first class accommodations and a white convertible, where opening night is a complete success, as his progressively edgy material has such a blatantly realistic feel, with silhouetted closeups on his face where cinematographer Keith L. Smith beautifully captures the smoke-filled intimacy of the claustrophobic nightclubs.  Rather forwardly, a beautiful young 24-year old quickly introduces herself and latches onto him immediately, Rosa (Paloma Guzmán), where they are still together weeks later.

One of the more interesting scenes is between girlfriends, Kim and her best friend, Monique Gabriela Curnen, which reveals the backstory of her husband’s calamitous descent.  Nursing him off narcotics took years, for which he is heavily indebted to her, trusting in her and believing they are for real as a couple even as they undergo continual adversity.  Rosa, on the other hand, is a pleasure machine working in a dress store on Rodeo Drive, where she wants to build a life around Waters, making him feel like a king.  Now honestly, who wouldn’t be tempted?  The script, however, delves into the depths of his indecision, flattered by the adoring attention which strokes his ego, but also aware of what he has with an independent minded woman his own age.  When Kim hears about the other woman, she flies to LA, where for better or for worse, she’ll either save her marriage or end it.  It doesn’t work out the way you might expect, as there’s no dramatically confrontational scene, instead it slowly plays out in Waters’ head, where he gets a little antsy for both women every once in awhile and literally has to work it out in his blisteringly honest onstage routines, which are the heart and soul of the film, and are simply brilliant.  Tatum O’Neal is surprisingly good here, showing an ease with the Hollywood glamour world, where she’s been through it all before and is not phased by the showbiz artificiality, showing she’s quite capable of holding her own in the high pressure Hollywood scene.  Her composure is really one of the keys to the film, as it helps define Waters as a man, where there’s an unspoken comfort zone between them that helps alleviate the natural tension of what he does for a living, which is extremely high pressure.  Nonetheless, Lennix is every bit a star, commanding our attention throughout, where he’s literally dazzling onstage, as his delivery is so effortless, where the secret to the success of this film is the relaxed, underlying believability of the characters, where the complexity of their lives is what comes alive onscreen.
Posted by Robert Kennedy at 1:24 PM