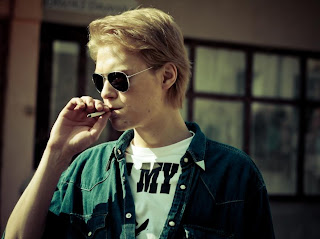 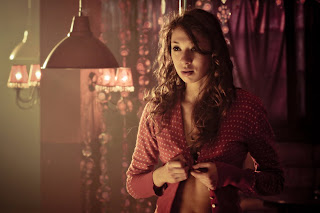 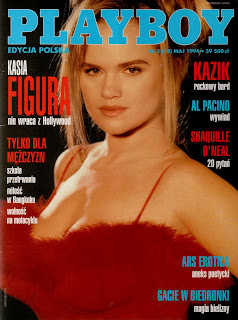 There’s a back story to this film, well known in Poland and Germany, but not the outside world.  Set in a small Polish border town of what was Soviet occupied East Germany, where the Soviets built a factory on the Polish side filled with Russian workers who purchased Polish goods, which was a welcomed and thriving business arrangement, but after the fall of the Berlin Wall and the end of the Soviet empire, the Russians just up and left, abandoning all businesses and commercial trades, leaving the Polish side destitute, without any money or commerce.  A kind of chaos and Wild West lawlessness intervened, where police presence was all but absent, so gangsters took over, stealing hordes of commercial goods from Germany, which was the only side that had anything of value, and redistributed them across the border in Poland for black market barter, trade, drugs, weapons, or money, a practice known as “Yuma.”  Today, neither country acknowledges this complicit arrangement between the two nations, as it was completely illegal, especially the blind eye shown by the border guards, who often got a hefty portion of the take, a practice that lasted for several years until security measures improved in Germany.  The director spent years attempting to finance his film, but the Germans felt the subject was “anti-Polish,” while the Polish financiers balked at the portrayal of Poles as black market thieves and profiteers, considering it a taboo subject, where the director claimed “Officials in Poland said I’d never make this film.”  In fact, two weeks before the shoot, the Polish Film Institute backed out, so in desperation they called the Polish owner of the Las Vegas Power Energy Drink, today a respectable businessman, but who engaged in yuma during the early 1990s, recalling it as his early “glory years.”  Amusingly the film opens with a blatant product placement ad, again recurring throughout the film, which is how the film was financed.  They were also fortunate to receive money from the Czech Film Fund, where the film premiered at the Czech Karlovy Vary Film Festival.

When the director first met Jakub Gierszal as his lead, he was too young to play the part.  But after years of searching for money to make the film, he was finally old enough for the role, where today, according to the director, he is the hottest actor in Poland.  The film opens with a brief 1987 preface, where with nothing better to do, best friends Zyga (Gierszal) and Rysio (Kazimierz Mazur) assist an East German (Tomasz Schuchardt) successfully escape over to the Polish side, but in doing so both friends are subject to a horrifically devastating ordeal by the chasing military troops.  The film jumps ahead a few years where Zyga is little more than a layabout, an aimless kid with no job, no prospects, and no future.  With an eye on western symbols, Zyga watches B-movie western 3:10 TO YUMA (1957) playing to a near empty theater that may be forced to close, where the rousing song by Frankie Laine is heard 3.10 TO YUMA. 1957. YouTube (4:52).  Ironically, with the encouragement of his sexually charged aunt Halina (Katarzyna Figura, Polish Playboy calendar girl from May, 1994, nearly two decades ago), who secretly runs a brothel, he amusingly takes the 3:10 train from Yuma to Frankfurt, finding it ridiculously easy to shoplift, starting with small items, like cowboy boots and a Stetson hat, but eventually with two friends, and the cooperation of Polish border guards, he is returning truckloads worth of merchandise, literally delivering the land of plenty to a tiny Polish town that previously had nothing, becoming immensely popular, like a local Robin Hood handing out Adidas to everyone, plundering the shopping malls and jewelry stores of their more affluent neighbor, literally preening in their extravagance to the tunes of Vanilla Ice’s “Ice Ice Baby” Vanilla Ice - Ice Ice Baby - YouTube (4:01).

Zyga is initially driven by his attraction to a local red-headed beauty, Majka (Karolina Chapko), who remains unimpressed but shelters the East German in the opening scene, reuniting with him again later in the film, which draws the ire of Zyga and his friends, now little more than thugs themselves, venting their hatred against this otherwise decent man, blaming him and the Germans for actually having the material wealth that they don’t.  Of course this practice escalates until it draws the attention of bona fide gangsters, complete with a small army, first wanting in on the action, but soon wanting to take it all for themselves.  This portrait of greed grows ridiculously excessive, as Zyga makes the obvious mistake of flaunting his wealth and power, literally drawing attention to himself, changing the entire tone of the film from stark realism to exaggerated caricature.  By the end, this has blown up into a B-movie gangster western, where without a sheriff the town isn’t big enough for two criminal enterprises that never learn to share the wealth, eventually fighting between themselves for the town’s profits.  The criminalization of the town is complete, not only including Zyga’s family and friends, but also the church which sanctions this activity, as everyone in town benefits from having access to things otherwise unavailable to them.  This exaggerated excess is reminiscent of the exhilarating anarchy of an Emir Kusterica movie, like Black Cat, White Cat (1998), a rollicking black comedy with outrageous wall-to-wall, gypsy party music from Goran Bregović, where Halina’s brothel becomes the local watering hole of the young punks who like to drink and party themselves, literally basking in the glow of their self-styled heroism until things start spiraling out of control.  The film was shot in Poland, Frankfurt, Germany and the Czech Republic, where the initial allure of capitalism evokes the “glory years,” a consumer bonanza depicted as a momentary reverie when life was a free for all of dreams and opportunities before reality intervenes.
Posted by Robert Kennedy at 10:27 AM