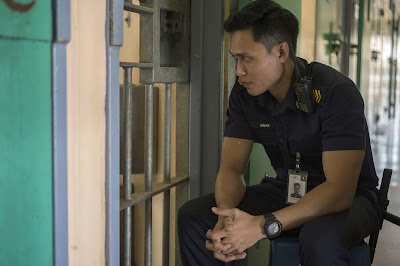 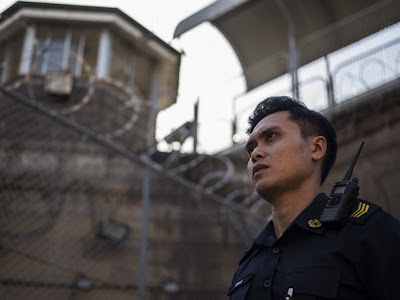 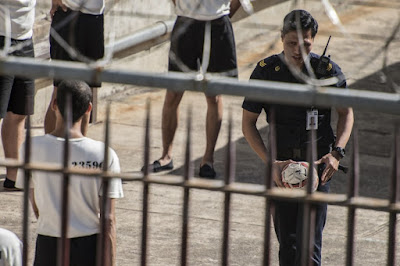 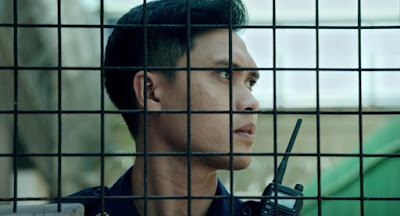 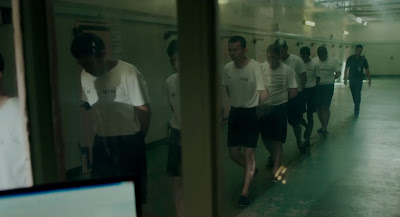 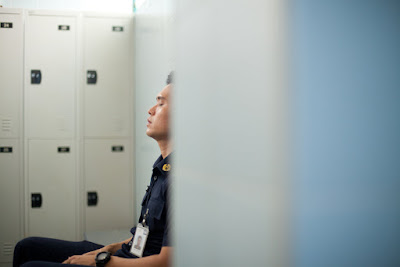 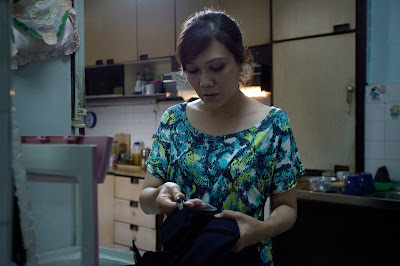 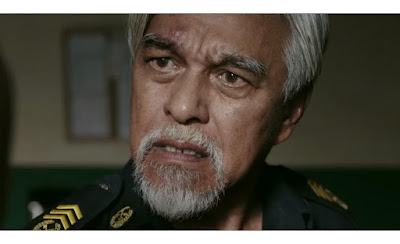 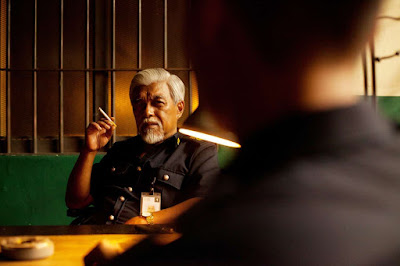 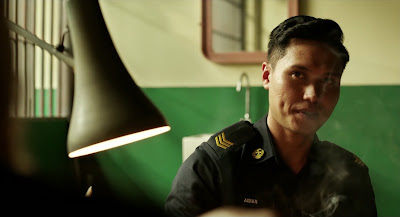 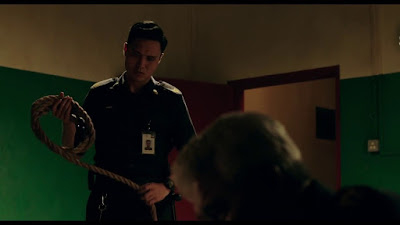 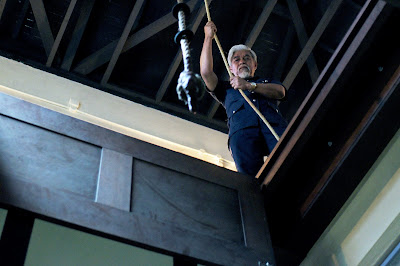 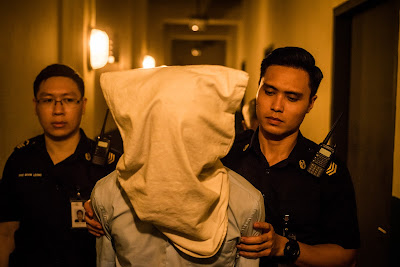 Following on the footsteps of SANDCASTLE (2010), a nostalgia-driven Singapore debut feature film opening up the nation’s history to public scrutiny, which felt overtly modeled after the historical reflections of Hou Hsiao-hsien, who, it turns out, was one of the director’s teachers at the Asian Film Academy, this is a smaller, more measured film, premiering at Un Certain Regard at Cannes, taking on the subject of the death penalty.  Singapore has had capital punishment since it was a British colony, and while the United Kingdom abolished the death penalty, Singapore continues to rely upon long drop hanging methods that were introduced by Britain in the latter stages of the 19th century.  Between 1994 and 1998, Singapore led the world in per capita executions (CNN.com - Singapore 'top executioner' - Jan. 15, 2004), compiling shockingly high statistics relative to its small population of just over 4 million people, three times higher than the next country on the list, Saudi Arabia, where its drug laws are among the world’s harshest, with anyone aged 18 or over convicted of carrying more than 15 grams of heroin facing mandatory execution by hanging.  While the executions are carried out in relative secrecy, drug addiction remains a problem, with no convincing evidence that the high execution rates curbed drug use in Singapore.  Nonetheless, following the release of a study, SINGAPORE The death penalty: A hidden toll of executions - Refworld  (pdf file), which emphasizes the cruel and arbitrary nature of the death penalty and shows how it has been imposed on the most marginalized or vulnerable members of society including drug addicts, the poorly educated, the impoverished or unemployed, and migrant workers, the country amended some of the death penalty laws and the number of executions have slowed, where no one was executed in 2012 and 2013, only two in 2014, yet according to a 2005 newspaper survey, 95% of Singaporeans believe that their country should retain the death penalty.  Viewed in this light, writer/director Boo Junfeng has created a stunning morality play whose strongest asset is a complete lack of artifice, taking viewers into the prison itself (using unused prisons in Australia), developing a film from the perspective of the hangman who pulls the lever, where Singapore is one of the last 36 nations to actively retain the practice.

Working on the film for five years, the director spoke to priests and imams who were with condemned prisoners at their final hour, also families who lost someone to the death penalty, but he also spoke to a few executioners who took great pride in their work, especially the almost caring way they tried to make it as humane as possible, always looking to perfect their craft.  One of the starting points for the film is the 2010 book Once a Jolly Hangman, featuring an executioner (Darshan Singh) who worked in Singapore for nearly 50 years, once executing as many as 18 men in one day.  The book’s release was so controversial that the British author Alan Shadrake was arrested the morning after the book’s release and held in Changi prison (ironically the sole prison of executions) for a month, charged with contempt of court for insulting the country’s judiciary as he criticized the way the death penalty was disproportionately applied to the poor, while criminals with financial resources or wealthy foreigners escaped execution.  While this film is largely a character study, at the center is a former soldier Aiman (Fir Rahman) who is now a 28-year old corrections officer, seen shortly after he’s transferred to Larangan Prison, the nation’s exclusive maximum security prison that houses Death Row inmates, and the site of their executions.  For Aiman, he appreciates the uniform and the adherence to discipline, similar to the army, where he’s attracted to the idea that prisoners can improve their lives, at least those who want to change.  He’s living with his older sister Suhaila (Mastura Ahmad), where the two share an impoverished history of being apart during childhood, yet she has an Australian boyfriend that may be her ticket out of the country, something Aiman is less than thrilled about.  At work, he’s a stickler for details, always going by the book, where he builds a reputation for competence and self-motivation, though he’s a man of few words.  He draws the attention of white-haired Rahim (Wan Hanafi Su), the facility’s elder chief executioner, who’s interested in developing a replacement team equipped to handle the responsibilities, as Singapore (neighboring Malaysia as well) utilizes execution by hanging, where justice is delivered by pulling a lever.  Aiman needs a higher security clearance just to enter this section of the prison, curiously proclaiming himself to be an orphan on the application.  As he witnesses Rahim in action, standing by as an assistant, one gets a sense that this is a highly personal endeavor, as the prisoner meets with his executioner the day before in his prison cell, where the executioner reassures him “I’m sending you to a better place.”  On the final walk to the death chamber, led by prison guards, the prisoner again comes face to face with the executioner, who leads him into position, tightly placing a noose around his neck, where positioning makes all the difference.  An execution done right will immediately break his neck, “quick and painless,” which is viewed as the most humane method.

Like the execution ritual, the film itself is a precision of choreography, a series of repeated movements, where in order for the system to work properly, these routines must be exactly adhered to, where there’s no margin for error.  Aiman seems to keep his thoughts in order in much the same way, never revealing his interior mood, every action planned and deliberate, yet the film allows the audience to see what no one else sees, slowly accumulating a series of revealing details about his secret inner sanctity.  While the overall mood is a picture of restraint, there are occasional moments that offer other ideas, never revealing what’s behind those moments until late in the film, where a few hidden surprises come to the surface, yet remain closely contained secrets.  This repressive interior atmosphere is rigorously developed, constructed like a piece of well-crafted architecture, suitable for this exact moment in time, completely in balance with all relevant issues.  While the overall mood of the film is a picture of restraint, there are occasional moments that offer other ideas, feeling completely out of place, never revealing the disturbing truth behind those revelations until the precise moment when they have the most dramatic effect.  Tense, often surreal, there are plenty of twists that lie ahead, but most all occur within the framework of a prison compound, with enlightening views of the siblings at home, where despite their occasional differences, they are intrinsically close.  Humanistic in every sense of the word, the film takes great pains to get at what lies beneath the exteriors, where the performances are all excellent.  Rahim is impressed by Aiman’s moral outlook, believing his inner calm fits the position, as he’s not one where the moment is ever too great for him, as he’s reliable and dependable.  Yet something unravels, where what’s supposed to happen and what will happen are on a collision course of mandatory obstacles in the way.  Aiman calls his sister reporting a life-changing dilemma known only to them, revealing a part of their history that can never be undone, which may, in fact, be the fabric that holds them together.  “I know you’ll make the right decision,” she assures him, “You always do.”  In the annals of film history, there have been extraordinary films made on the subject of capital punishment, where two of the best remain Kieslowski’s A SHORT FILM ABOUT KILLING (1988), an expanded sequence from his masterful The Decalogue (Dekalog) (1988), and Stanley Kubrick’s exquisite PATHS OF GLORY (1957).  Few films match their greatness, but this film at least adds to the discussion.
Posted by Robert Kennedy at 12:01 AM