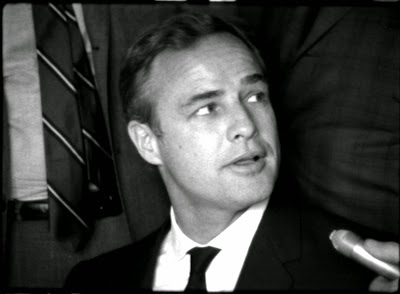 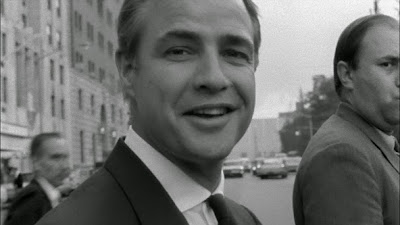 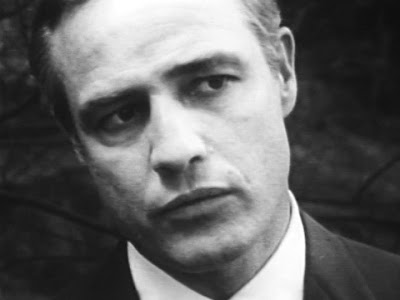 The public’s love affair with press conferences seemed to rise to new heights in the early 60’s with the often humorous and seemingly spontaneous remarks of President John F. Kennedy, who turned the often mundane or typically combative sessions with reporters into an opportunity to display his clever wit and sense of humor, a personality trait that endeared him to the public, where he was the living personification of the dream of Camelot that his wife Jackie Kennedy famously spoke about shortly after his assassination, a perfect example of manipulatively spinning a metaphor to create a positively-themed myth about one’s own personal legacy.  The assassination itself was captured on film in the infamous Zapruder film, which was selected into the U.S. National Film Registry -- Titles in 1994, while the assassin, Lee Harvey Oswald, was shot shortly after his arrest while in police custody on live television.  The solemn black and white images of Kennedy’s televised funeral all add to the searing images of the 60’s that became embedded into the nation’s collective consciousness.  The immediacy of television and film as a medium brought viewers ever closer to subjects they never dreamed of having such close personal contact with, from shared moments in history, including firsthand images from the Vietnam War, an astronaut’s first steps on the moon, or the front lines of Civil Rights demonstrations to the fluff of personality interviews that turned our favorite celebrity stars into little more than commodities, where they were expected to look and act in a prescribed manner.  This is the theme of one of the earlier Maysles brothers’ films, following similar themes with the Beatles in WHAT’S HAPPENING! THE BEATLES IN THE USA (1964) and Truman Capote in A VISIT WITH TRUMAN CAPOTE (1966), where these films attempt to offer a different glimpse of all-too-familiar faces.  Ostensibly a collection of footage from a series of press conferences held by Marlon Brando to promote his forgettable film MORITURI (1965) that none of the interviewers had seen yet, which remains, ironically, an obscure film of little interest that viewers in the modern era will never associate with the actor.  Thrown in front of a neverending stream of cameras, Brando hams it up with each one, where he’s obviously improvising, flirting with the attractive female interviewers while attempting to remain cordial with his male encounters.  While the whole affair is overly indulgent, with the film studios throwing an extravagant roast beef banquet in a posh New York Hampshire House hotel overlooking Central Park, adding a festive tone to what the studios hope will be a blanket of positive media coverage to promote their film, Brando instead follows a stream-of-consciousness train of thought to whatever happens to move him at the moment, avoiding talking about the film at all costs, while constantly attempting to be charming and amusing.

Working without scripts, or any input from others, and only a brief introductory narration that sets the scene, the camera (hand-held by Albert Maysles, with older brother David handling the synchronous sound) remains affixed on the subject of Brando, an iconic American actor whose raw physicality in A STREETCAR NAMED DESIRE (1951) and ON THE WATERFRONT (1954), the latter winning him his first Best Actor Academy Award, established his reputation as one of the greatest actors in the world.  Despite the unusually candid portrayal of the actor, who continually had to find novel responses to the same questions asked over and over again, Brando was so displeased with the film that he refused to allow it to be screened during his lifetime, where the only public screenings have come after his death.  Certainly part of the interest in the film is the looseness of form utilized by the Maysles, where nothing earthshaking is coming out of anyone’s mouth, as the event itself couldn’t be more bland and blasé, yet it strips away the artifice of Brando, who is certainly captivated by the attractiveness of several of the women interviewing him, where he’s pleasantly surprised to discover one is a twenty-year old Miss USA beauty contestant winner the previous year, turning the tables somewhat by interviewing her, where he seems to be extending the interview just to be spending more time with her.  This same technique is seen in Jean-Luc Godard’s Masculine Feminine (in 15 Acts) (Masculin Féminin: 15 faits précis) (1966), released the same year, where actor Jean-Pierre Léaud interviews an attractive model/singer in a near ten-minute take, which grows ludicrous after a while by the sheer stupidity of the questions, an example of exhibitionist male preening, if you will, where in each case both men are flirtatiously showing off, becoming an extension of the “idea” of image as myth, especially when the subject himself becomes smitten with an idealized female image, not knowing the first thing about this young woman, yet in his mind he conjures up an idealized woman, much like movie audiences are doing with Brando, enhancing his image and stature to meet their criteria of an idealized version of masculinity.  While Brando tries to be comically flippant, it’s clear his male antenna is honing in on a prospective female subject, telling her “You’re so pretty, it’s easy to become distracted.”  Perhaps equally tantalizing is an interview out on the public sidewalk in front of the hotel with a French press corps, where Brando is comfortable speaking fluent French.  Yet when an attractive black woman is seen walking down the street, Brando can’t take his eyes off of her, inviting her to join him in front of the camera, making a mockery of the interview process by asking for her personal comments on the race situation in America, like the kind of softball question asked of a Miss America contestant in the final round.

The effect of the session is similar to Marlon Brando’s performance in the Maysles brothers’ film Meet Marlon Brando (1965), a record of a series of press conferences held by Brando to promote his film Morituri (1965).  Throughout the film Brando taunts and criticizes the interviewers and reporters.  A central thrust of his provocations is that the media continually misrepresent situations and thereby lie.  Not coincidentally, perhaps, Brando was a boyhood favorite of Dylan’s, who followed Brando’s career closely.  Dylan was no doubt aware of Brando’s tactics in dealing with the press, and he noted that “Brando pulled through all the bullshit he had from the press and the public” (quoted from Robert Shelton’s No Direction Home: The Life and Music of Bob Dylan, 1986).  Dylan’s relentless parrying with members of the mainstream media resembles the ways in which Brando confronted or deflected an intrusive and mendacious popular press.

Describing himself as a cornhusker at one point, having been born in Nebraska, Brando only agreed to cooperate with the studios after a series of box office flops, where the 60’s was not one of his best decades, literally reviving his career later in the 70’s.  In answering these inane questions, there are moments when Brando is struggling for any novel thought, where the contorted expression on his face is the same one seen in THE GODFATHER (1972), a film shot six years later that won him his second Best Actor Academy Award, gaining relevance with a newly discovered phase of maturity that led to LAST TANGO IN PARIS (1972).  What we see here is still the last of his young male mystique, where he’s still charming and handsome enough to get whatever he wants, where this entire episode of interviews is little more than putting on a performance.  He surprises us again by breaking out into fluent German with a German journalist, where Brando’s intellect is not to be underestimated, as this multi-faceted man does his best not to be pigeonholed into a studio commodity, while offering his own insight on the subject.  “It’s sort of an unwritten code that if you don’t cooperate with those people and tell them about the intimacies of your personal life, you’ve broken the rule and have to be choked publicly and chastised for it or chublicly plastised for it, if you like.  That’s the way of the world out there.”  Even as he strains to find the right words, it’s clear he’s attempting to be serious about the merchandising aspect of the business, where you literally have to sell your soul to the film studios in order to keep working, where the gossip scandal of the day was the much publicized tabloid romance of Elizabeth Taylor and Richard Burton, no slouches themselves in capturing the public’s attention, transforming their own careers playing opposite one another in Who's Afraid of Virginia Woolf? (1966), one of the defining moments in their lives when the public adulation was deservedly warranted.  In an era of A HARD DAY’S NIGHT (1964), a clever satire on the pop craze of Beatlemania and the Beatles themselves, Brando has ventured into the same territory, satirizing the system that has produced his own stardom, refusing to participate in the insipid process of pretending to be interested in the questions, instead venturing into his own thoughts on any number of social issues, including Civil Rights, the American Indian, and the Dr. Leakey’s theories on the evolution of man’s violence, which may trace back to the use of primitive tools by prehistoric baboons.  Despite blowing off the questions with deflective humor and mild insults, the you-are-there cinéma vérité used by the Maysles offers a distinctly unique view of a man who grew to treasure his privacy, capturing a moment in time where the camera never lies, becoming a time capsule that never seems to date, as it’s such an accurate rendering of the human condition.
Posted by Robert Kennedy at 11:59 PM