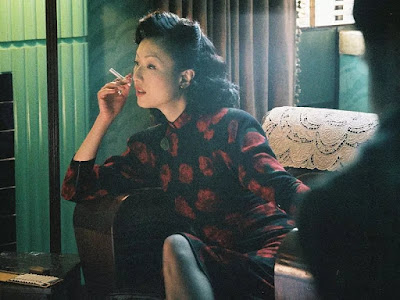 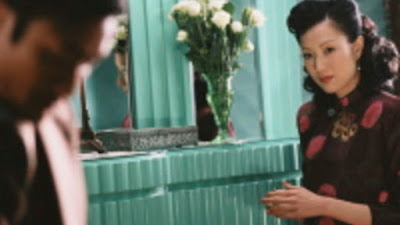 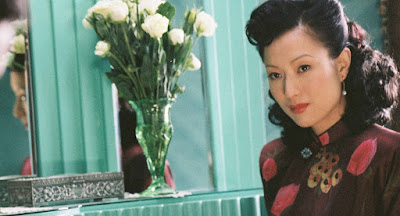 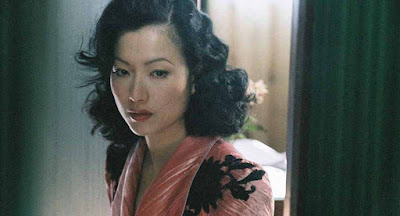 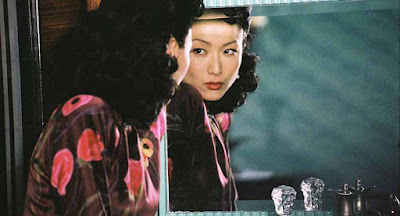 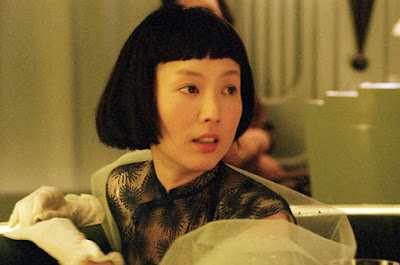 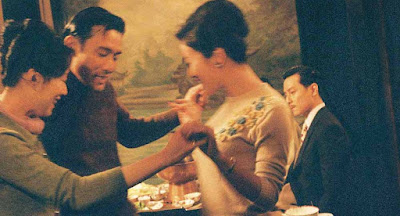 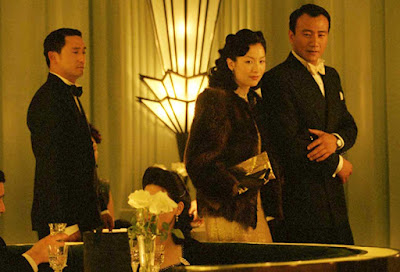 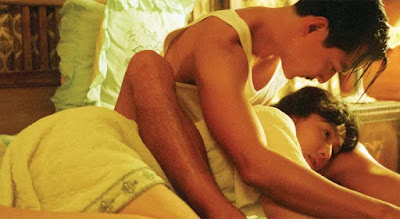 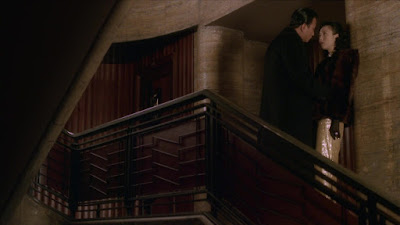 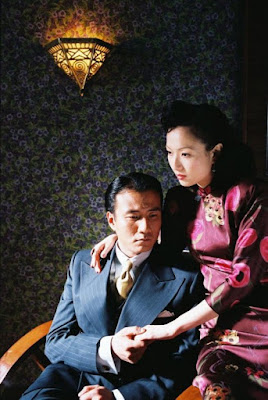 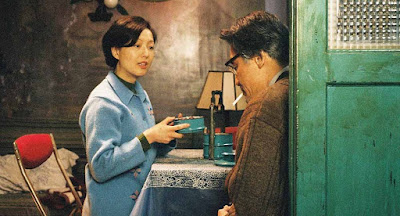 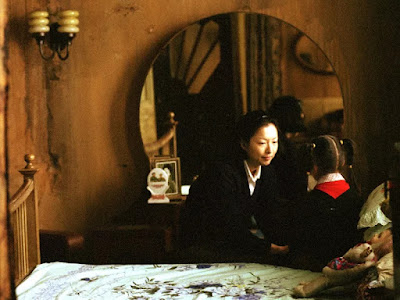 An unusual love story adapted from a Wang Anyi novel by the same name, which is a melodrama set through different historical periods in the history of Shanghai, spanning some fifty years from the 30’s to the 80’s, and is as much a love story to the city of Shanghai as to the people whose lives passed through there.  Thoroughly underappreciated, Kwan is one of the most brilliant filmmakers working today, as he’s able to capture silences, distance, and a kind of personal detachment and alienation as well as anybody.  Shot entirely in Shanghai, most all of it interior shots, which has drawn some criticism, since the film is an ode to a city.  But due to the radically reconfigured look of the city through the passing years, the director was only able to utilize a few exterior shots, using an old hotel staircase which is across from the Russian Embassy, a coffee shop, and a few residences from Old Shanghai that have maintained a timeless quality.  The film has a terrific film structure, with deliberate pacing, ornate cinematography by Huang Lian, and some interesting choices of music.  There are uncomfortable moments when the exaggerated melodrama kicks in, with some fairly lame dialogue, excessive emotional reactions and plenty of tears, but they are tolerable as Kwan altered the structure of the novel so the film would not be a tearjerker, where significant events are revealed by a simple subtitled sentence.  Kwan was present for the screening and described Ozu as his favorite filmmaker, also mentioning John Ford.  He felt this film could not have been made in Hong Kong ten years ago, and the only scene that was forcibly cut was showing the Communists taking possession of the wealthy homes.

In something of a nod to Kwan’s earlier film Center Stage (Yuen Ling-yuk) (1991) starring the incomparable Maggie Cheung in a diva role, this Sirkian melodrama centers on Sammi Cheng, known for a musical career and for making comedies, going against type, playing the lead, Wang Qiyao, a beautiful young schoolgirl who is entered into a beauty contest by a local photographer, Mr. Cheng (Tony Leung), who is immediately taken with her looks and she wins one of the prizes in the Miss Shanghai contest.  Her girl friend Lili (Su Yan) is at first jealous, thinking she is the real beauty, but they maintain a lifelong friendship.  Qiyao captures the eye of a high ranking army official, Officer Li (Hu Jun), becoming his lover, attending glamorous Old Shanghai ballroom events where the fabulous costumes and elaborate interior decor resembles Scorsese’s recent film THE AVIATOR (2004).  By the late 40’s, the Communists drove the Nationalists off the Mainland, driving Nationalist Officer Li into hiding, cutting off all contact with Qiyao.  During this time, the Communists took possession of all the rich homes, driving the wealthy out of China as well, many moving overseas, to Taiwan, or Hong Kong, which was considered a slum in those days.

In the mid-50’s, she meets a young businessman, Ming (Daniel Wu), and is about to marry him, actually carrying his baby, but his father successfully persuades him that he will be needed in the running of the new family business operations in Hong Kong, sending her support checks, but no further contact, forcing Qiyao to marry a terminally ill man to respectfully father her child.  The scene where Mr. Cheng takes their wedding photos is heartbreaking in its perfect understatement.  In the 70’s, she and Mr. Cheng grow closer, but he volunteers to work in the rural labor camps, believing the political view of the day that this is the duty of all educated men.  This volunteer duty lasts for ten years, however, and leaves Mr. Cheng looking like an old man.  But in this time period, China opens its doors and the same people that left China earlier are returning to the Mainland, property and possessions are returned, leaving Qiyao with her old home and even a little wealth.  She is introduced to a young admirer by none other than Mr. Cheng himself, and she has a brief love affair which is glowingly photographed, intimately capturing her head resting on his shoulder as they kiss and embrace, but he gets caught in a black market venture gone bad as he was planning to leave Shanghai, just as her previous lovers have done.  Interestingly, all four men in her life die, all outside of Shanghai, in Brazil, San Francisco, Taiwan, and Hong Kong.  Qiyao’s loyalty to her city reflects the sense of commitment needed to face the future, a quality missing from her fleeing lovers, which prepares her for any and all challenges that may lie ahead.
Posted by Robert Kennedy at 12:04 AM