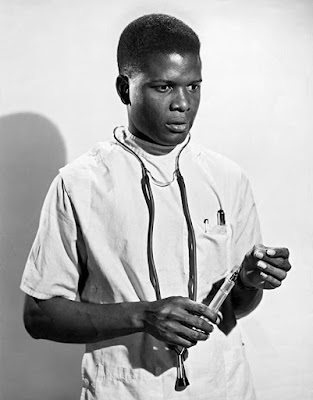 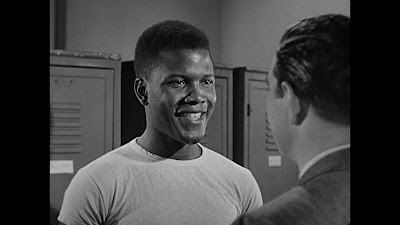 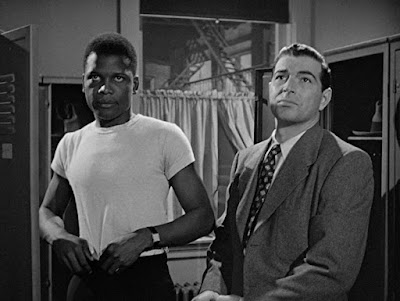 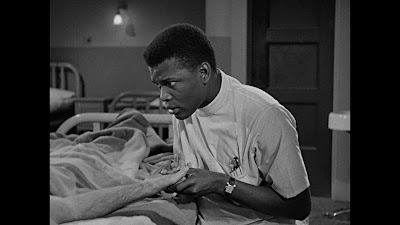 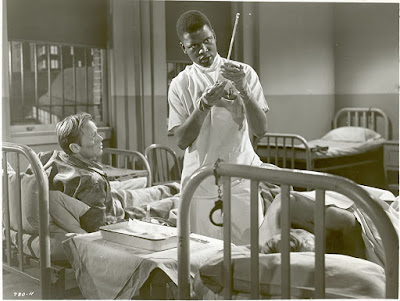 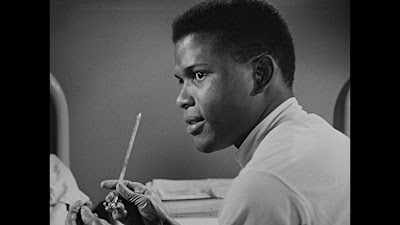 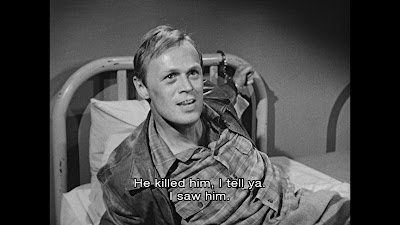 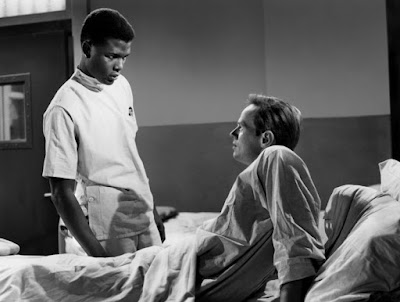 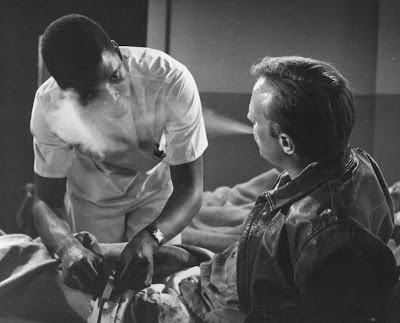 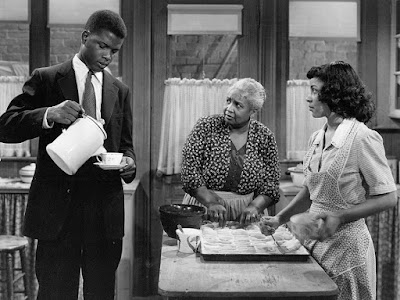 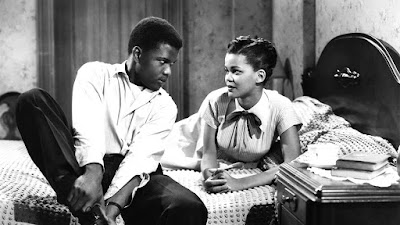 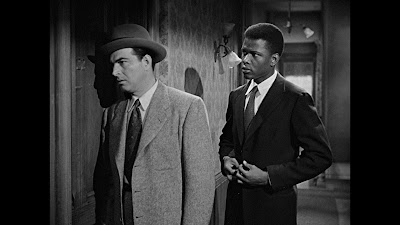 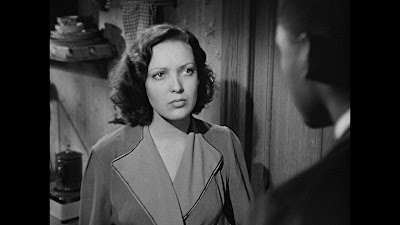 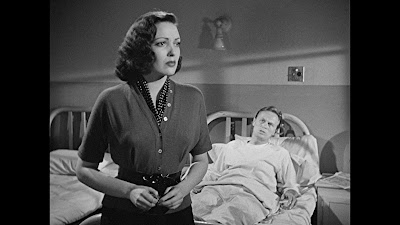 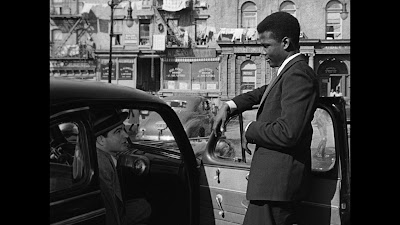 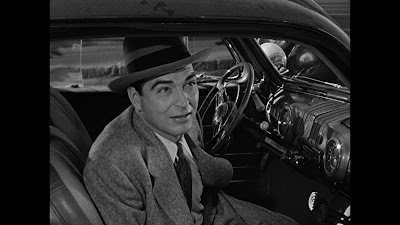 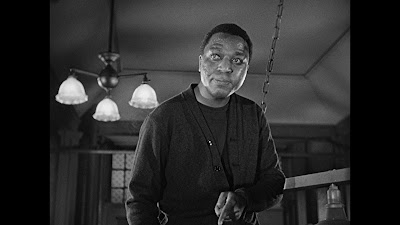 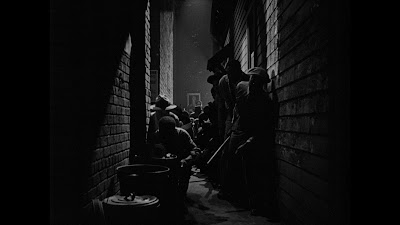 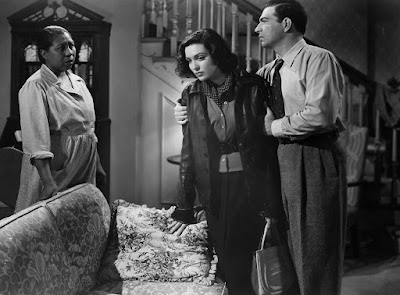 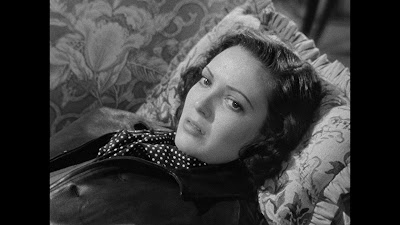 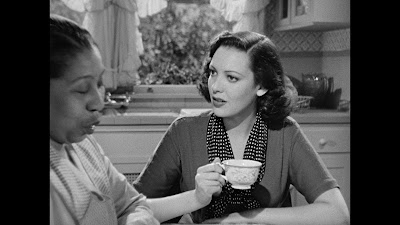 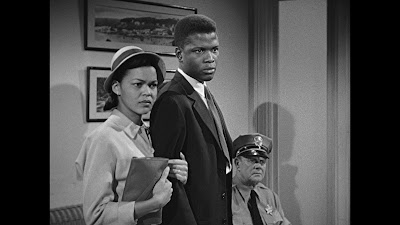 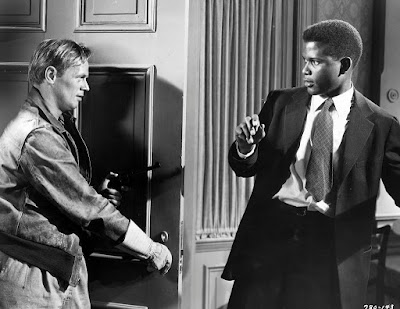 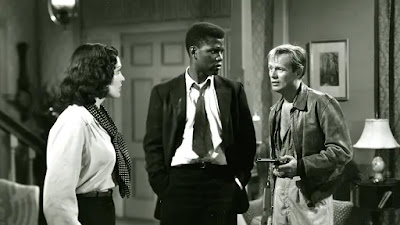 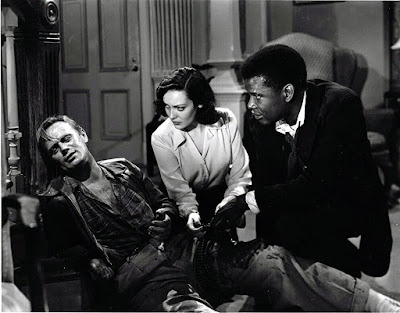 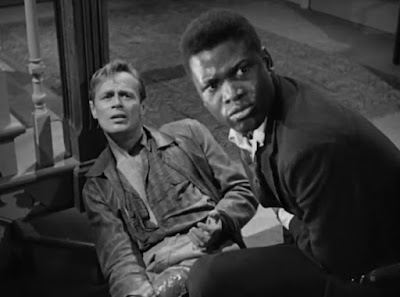 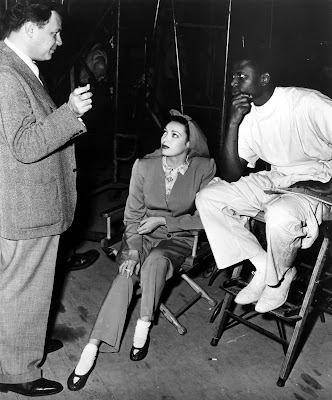 Ain’t that a lot to ask of us — being better than them when we get killed proving we’re just as good?
—Lefty Jones (Dots Johnson)

Seeking other family members who might  consent to an autopsy, Wharton and Brooks discover from police records that the deceased was married to Edie Johnson (Linda Darnell), openly suspicious of the visitors, but their kindness towards her takes her by surprise.  Darnell actually steals the film, claiming this was the only role in her lifetime that she was proud of, also appearing in John Ford’s MY DARLING CLEMENTINE (1946), but Darnell loathed Westerns, with unfortunate circumstances following her throughout her career, plagued by extortion letters, a fraudulent business manager that stole her money, her reputation tainted from ugly tabloid fodder provided by her own mother, largely exploited by the industry, living a sad life that included a longtime affair with the director, who never left his wife, so she never received the kind of appreciation and respect she was seeking, yet she is excellent in this film, carrying herself with a little attitude and swagger that no one else exhibits, and it’s apparent immediately.  Edie actually divorced Johnny over a year ago and has no love lost for the entire family, having grown up in a white slum neighborhood on the wrong side of the tracks called Beaver Canal, feeling it never leaves you even after you escape, as it has a way of making people feel cheap.  Ironically, the music playing on the radio in her rented single room is the sophisticated black jazz of Duke Ellington.  She visits Ray to persuade him to order the autopsy, but his twisted mind brings her back to her old worthless life, including an ill-advised affair they had together under his brother’s nose, telling her the doctors played her for a “chump,” as they only want it to cover up their crime, that Johnny never would have died with a white doctor, instructing her to contact Rocky (Bert Freed) in Beaver Canal, who stirs up racial animosity, planning a race riot that evening in the black neighborhood they describe as “Niggertown.”  Brooks has a sympathetic wife Cora (Mildred Joanne Smith in her lone movie appearance), living with his mother (Maude Simmons), sister Connie (Ruby Dee) and brother-in-law John (Ossie Davis), married in real life, the first picture that they worked together.  When blacks get word of what’s in store that evening, they make their own plans to initiate an attack to catch the white rabble rousers off guard.  The confrontation leaves plenty injured, with Brooks tending to a white patient at the hospital until a white woman orders him to “Keep your black hands off my boy” before spitting in his face.  After a dramatic pause, a stunned Brooks exits the premises and disappears.  Edie, meanwhile, shows up at Wharton’s doorstep in a state of drunken dismay, tended to by Wharton’s black housekeeper Gladys (Amanda Randolph, superb in her role), angry that she’s black, but too drunk to do anything about it.  By morning they’re best of friends, as Gladys simply exudes personality and has a folksy way of putting anyone at ease.  This relationship is at the heart of the film, as it reveals quite simply that once fears and differences are set aside people from differing backgrounds have a lot more in common than they suspect, finding it easy to like each other, so Edie actually represents positive growth, exhibiting signs of hope.  The same can’t be said for Ray, whose venomous hate drives his every action, escaping from the police, then kidnapping Edie, beating her into submission to call Brooks and set him up at a place where Ray will be waiting.  While there are some contrivances, it’s important to realize how well this material was actually handled in an era when no one else displayed half the insight or artistic dexterity with such a provocative subject matter.  In the same year that Mankiewicz was showered with a record 14 Academy Award nominations for ALL ABOUT EVE, winning six awards, this little film fell under the radar and is rarely mentioned, yet it’s dramatic impact is stunning, with Widmark and Poitier, friends in real life, offering stellar performances that hold up over time, portraying the opposite ends of the spectrum, both angered and frustrated by their limited influence, with circumstances challenging their manhood and self-respect.  Poitier’s dignified performance shattered stereotypes, but he wasn’t playing that idealized black man so early in his career, instead remaining conflicted, filled with exposed insecurities and flaws that leave him more human, making this a rare film experience, told intelligently and with bold assurance from Mankiewicz, who is perhaps the only American writer/director who could do justice with this material, allowing multiple revelations at every turn.  Along with John Cassavetes’ Shadows (1959), Michael Roemer’s Nothing But a Man (1964), Howard Alk’s The Murder of Fred Hampton (1971), Charles Burnett’s Killer of Sheep (1979), Spike Lee’s Do the Right Thing (1989), Julie Dash’s Daughters of the Dust (1991), and more recently Raoul Peck’s 2017 Top Ten List #3 I Am Not Your Negro, this belongs on a short list of the best films ever made about being black in America.
Posted by Robert Kennedy at 12:01 AM