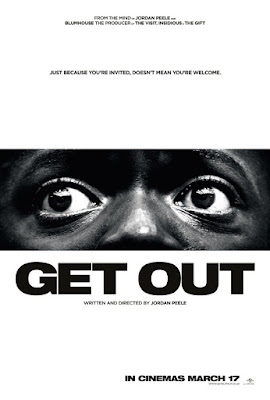 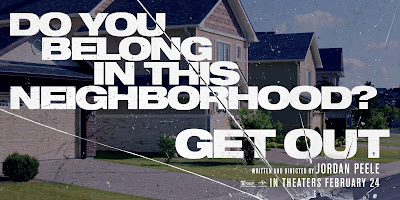 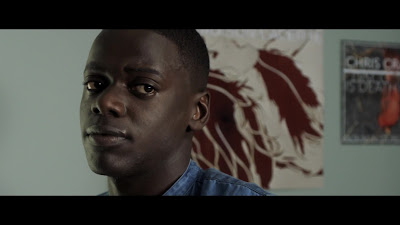 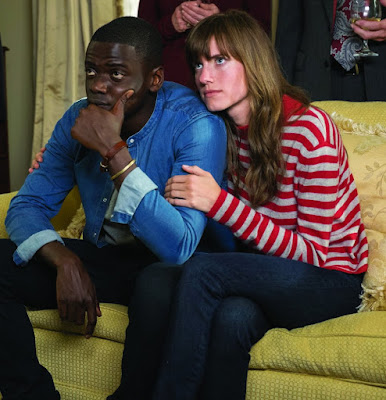 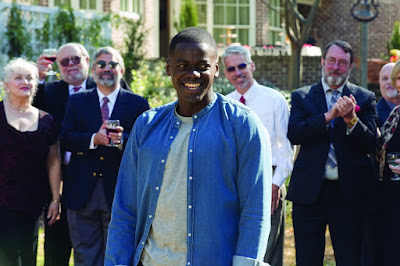 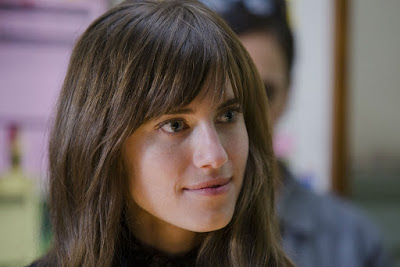 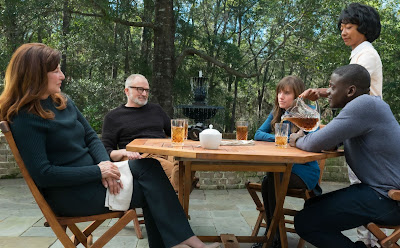 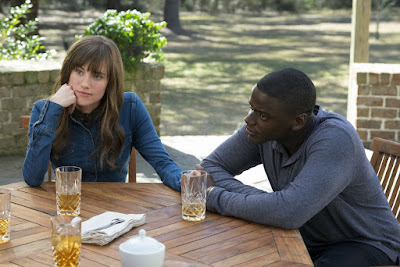 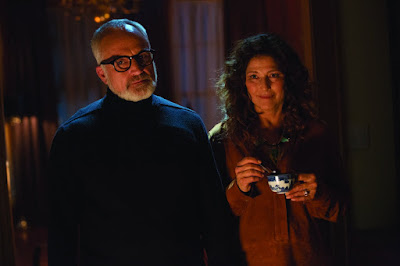 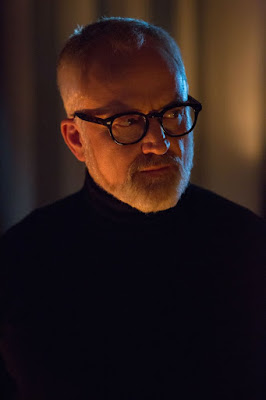 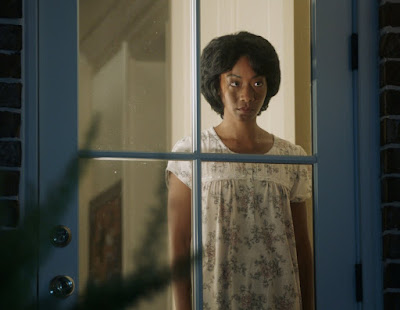 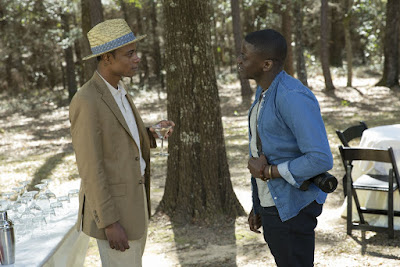 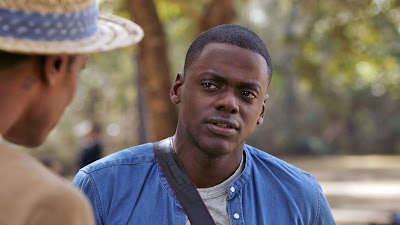 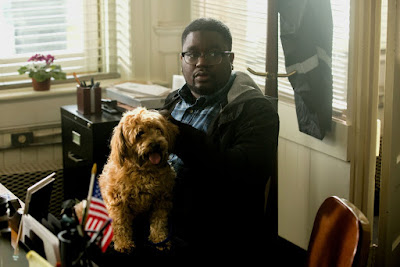 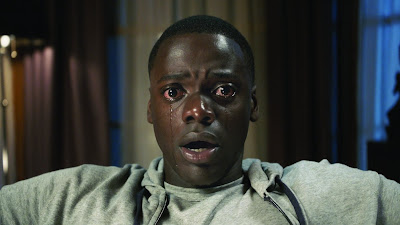 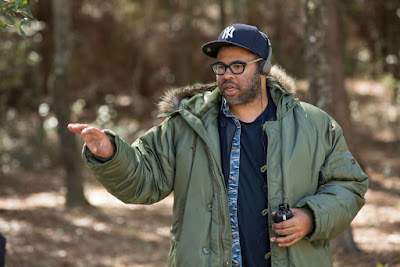 Director Jordan Peele on the set of Get Out, 2017 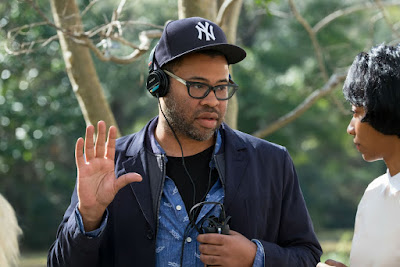 Like Nate Parker’s The Birth of a Nation (2016) a year earlier, this film jettisoned out of Sundance with rave reviews, but unlike Parker’s film that tanked at the box office, this is already the most successful American film in history to have been written and directed by a black artist, topping the $100 million dollar mark after just two weeks.  A black satirical spoof of horror films that arouses the worst kind of black fears about white people, even those with the best intentions, the result is a hilarious film that radically accentuates racial fears, using the horror genre to turn on its ear the well-intentioned white liberal movie, Stanley Kramer’s GUESS WHO’S COMING TO DINNER (1967), where the daughter of a well-to-do white family brings home a black boyfriend to meet the family, where of course he’s completely unthreatening and nonsexual, academically at the top of his class, overly perfect in every way so they can have no doubts about accepting him, fitting a requirement of moral decency in order for the film to be accepted in the South, where it was hugely successful, but a pernicious stereotype developed that led to blacks having to be better than whites at the same jobs, in the same positions, where they had to have spotless reputations in order to be accepted.  So even when blacks were initially accepted into an integrated corporate workforce, where they may have been the only black person in the room, there was not an equal standard, as blacks were required to excel above and beyond in order to justify their hiring, where in effect they became company mascots, where each business would sing the praises of their own company hire, claiming theirs is the best, where really, it was all a matter of prestige for the company.  While that was 50 years ago, things have changed considerably, as many, including a majority in the Supreme Court, believe with the election of a black President that we’re living in a post-racial America, which was their reasoning for loosening and/or gutting federal voting rights protections for minorities written into Civil Rights laws in a June 2013 decision, with Chief Justice Roberts writing “Our country has changed, and while any racial discrimination in voting is too much, Congress must ensure that the legislation it passes to remedy that problem speaks to current conditions,” suggesting blacks have grown to a sizable portion of the voting population.  Of course, immediately after the decision, many states with Republican majorities drafted legislation to suppress minority voting, which had a significant effect in the most recent presidential election, but instead of using race to justify the need for mandatory voter ID’s, reduced voting hours, and fewer polling places in minority neighborhoods, they made fictitious claims of rampant voter fraud, though it’s nearly non-existent, between 0.0003 percent and 0.0025 percent, where it’s more likely someone will be struck by lightning, according to Debunking the Voter Fraud Myth | Brennan Center for Justice.  For example, Donald Trump won the state of Wisconsin by just 27,000 votes, but 300,000 registered voters lacked the state-mandated forms of ID to vote, according to a federal court, where voter turnout in the state was the lowest in twenty years.  Wisconsin was one of 14 states with new voting restrictions in effect for the first time in 2016, making this the first presidential election in 50 years without the full protections of the Voting Rights Act.

Despite years of so-called social progress, Americans are as racially blind as ever, pretending it’s not an issue, yet the stereotypes and myths persist, along with segregated, impoverished neighborhoods that white Americans simply ignore, using a rabid anti-tax fervor to defund public schools, using a majority voting block that mandates fewer tax dollars will be sent into cash-strapped black neighborhood schools.  Turning a blind eye to the effects, the perpetuation of a separate and unequal underclass, this remains the standard model of addressing race relations in America.  In other words, nothing is being done to correct the obvious disadvantages of being black, where there are simply more hurdles and obstacles to overcome, yet a majority of whites believe they are all on the same playing field.  Peele has written a social satire that couldn’t be more relevant, where it is this fairy tale perception of racial harmony that lays the groundwork for this film, written and directed by a black comedian who had a television show on Comedy Central entitled Key & Peele (2012 – 2015), where Peele’s expertise was impersonating former President Obama (Key & Peele - Obama's Anger Translator - Meet Luther - Uncensored, 2:48).  While there are 400 million Americans, only 13 percent are black, which means they have a unique perspective than the rest, often the only black person in the room, especially at colleges and universities, where they quickly discover diversity is a term used for the different kinds of white people and their variety of interests, where blacks are routinely ignored, unless asked what sport do they play.  And it is here that the film excels, as it gets under the skin and into the mindset of white people who show an outward perception of benevolence toward blacks, friendly and accepting, seemingly embracing their culture, yet they are in an entirely different economic class with a completely different agenda that totally excludes blacks except in a subservient role, like nannies, cooks, or groundskeepers.  For many whites, these are the only blacks they know, overly docile and friendly, house broken, so to speak, where they’re almost part of the family, exactly as they were in the plantation era of slavery.  But these friendships never stopped the brutal and despicable treatment towards other slaves.  In this film, not much has changed, as the condescension continues.  The film opens in something of a comment on the Trayvon Martin incident, a black 17-year old kid fatally shot by an armed white neighborhood watch volunteer, where his only crime was being a black person in a white neighborhood.  In this scenario, however, the lone black kid is targeted by a following car and kidnapped, snatched and stuffed into the back seat of a car, never to be seen again.  Cue the film title.  According to the director, racial fear hasn’t been a subject in horror films since George Romero’s NIGHT OF THE LIVING DEAD (1968), where his Rod Serling-style aim is exploring the fears of being a black man in a white world, where you are a stranger in a strange land, with the bottom falling out before you’re done.  Key to the film are two friendships, a racial couple very much in love, Chris (Daniel Kaluuya), a black photographer, and his white girlfriend Rose (Allison Williams), together for five months, but also Chris and his best friend, TSA Officer Rod Williams (Lil Rel Howery, whose comic timing is impeccable), also black, who regularly communicate by phone.  As the young lovers are about to visit Rose’s parents for the weekend, Rod’s sage advice to Chris, “don’t go to a white girl parents’ house.”

Horror connoisseurs will marvel at Rose’s parent’s house, as it’s set in an isolated and remote location, a mile from the closest neighbor, who is on the other side of a lake, and surrounded by the woods on three sides.  A bit suspicious that she didn’t reveal to her parents that he’s black, Rose reassures Chris he has nothing to fear, as her parents are super liberal, that her father would have voted for Obama for a third term, which, of course, is the first thing that comes out of his mouth.  Meet Dean (Bradley Whitford) and Missy (Catherine Keener), who are perfectly accommodating, though both show a creepy warmth, where Dean talks in slang, slaps him on the back and keeps calling him, “My man!” while namedropping Tiger Woods and Jesse Owens.  Dean is a renowned neurosurgeon while Missy is a psychotherapist who specializes in hypnosis, working in a room there at the house, where her specialty is curing the addiction to smoking.  Her antennae are raised when she discovers Chris is a smoker, where she can’t wait to get him into her study.  Perhaps more unnerving are the black servants, Georgina (Betty Gabriel), the cook and maid, and Walter (Marcus Henderson), the groundskeeper, as neither one acknowledges their blackness, yet maintain sinister smiles as they swear a certain allegiance to the family.  Chris suspects something is up, unable to grasp why people are acting so strangely, and has trouble sleeping, grabbing his cigarettes and taking a walk outside, but he’s spooked by even more disturbing events, one of which leads him into Missy’s study where he’s hooked, as she hypnotizes him to the repetitive movements of her spoon while stirring her tea, sending him to the darkest and deepest regions of “the sunken place,” disconnected from all earthly realities, where he no longer has control over his own body.  Awaking in a fright, he thinks this might all have been a terrible dream, but the thought of cigarettes sickens him, which makes him feel even more susceptible to some strange and mysterious power emanating from an unknown force, exactly the same vulnerabilities from circumstances raised in Frankenheimer’s THE MANCHURIAN CANDIDATE (1962), perhaps the ultimate in advocates of conspiracy theories, as it gives credence to all their worst fears.  Similarly, Peele ramps up the tension throughout the film, reaching grotesque proportions when a larger, extended family comes to visit, literally creating havoc, though Rose is seemingly unaffected by anything out of the ordinary, as it’s all happening to Chris.  Peele does an excellent job paying homage tributes to other horror films, writing a nuanced script that shows alarming interior perceptions, incorporating subtle truths about hidden racial agendas, decoding the mythologies and lies, making an extremely relevant social statement that is as funny as it is tragic, though black audiences are likely to find greater humor in the overly personal behavior of white people around blacks, appropriating black culture, moving the conversation to athletes or musicians, slyly suggesting they’re hip, when the truth suggests just the opposite.  The overall cast is excellent, none more creepy that Missy, where Keener played a uniquely similar role in Spike Jonze’s Being John Malkovich (1999), a wildly inventive film that left people trapped in someone else’s body with no control.  It’s also ironic that the hypnotic means to control Chris is with a silver spoon, a symbol of wealth and privilege.  This turns into a mindfuck of a film, as darker forces are doing the devil’s work, with Peele creating a queasy atmosphere of escalating tension and dread, where Chris is up against it throughout.  Constantly playing on racial stereotypes, Peele has a field day having fun with this film, where the toxically charged atmosphere can turn on a dime, revealing unusual talent and insight, producing a remarkably accomplished first film.
Posted by Robert Kennedy at 12:04 AM