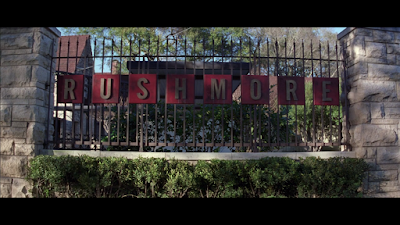 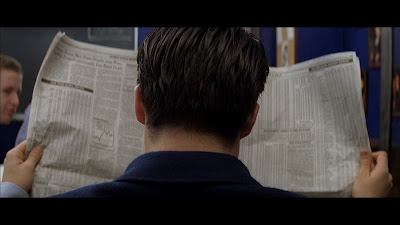 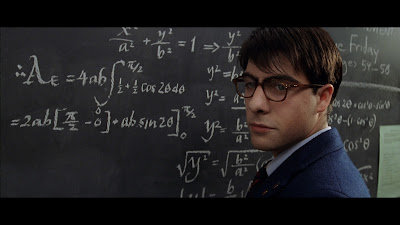 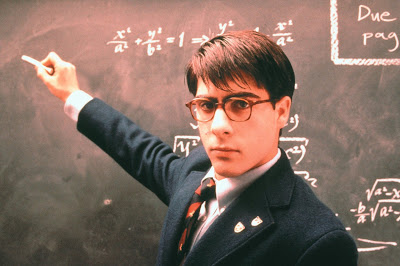 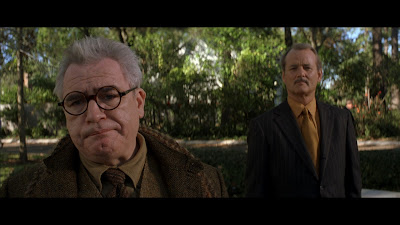 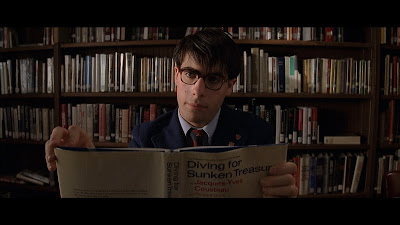 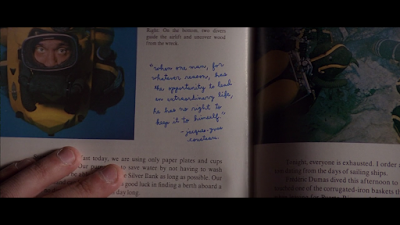 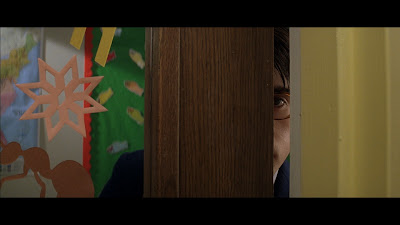 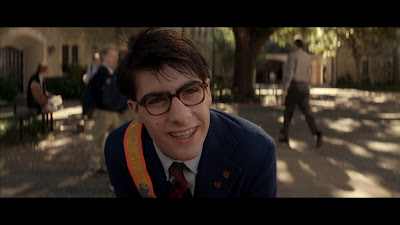 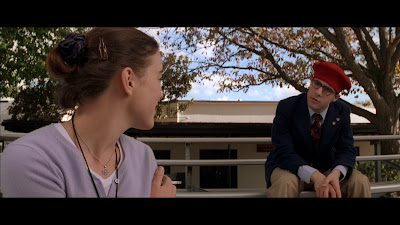 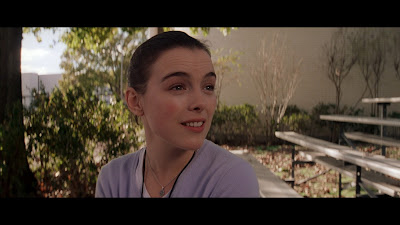 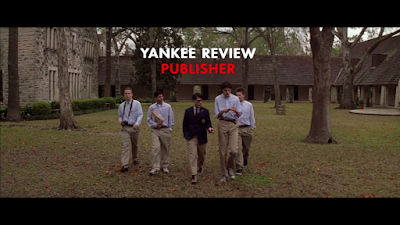 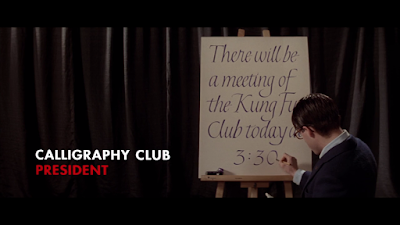 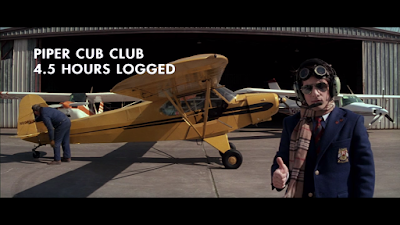 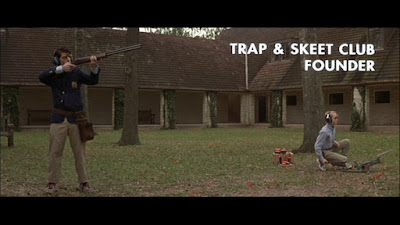 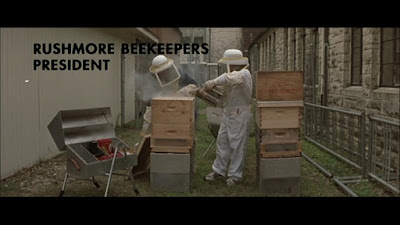 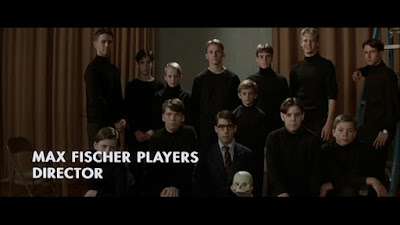 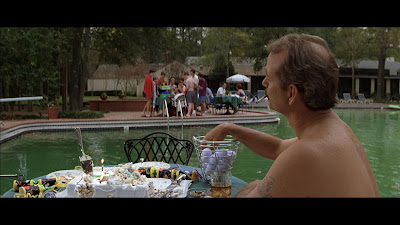 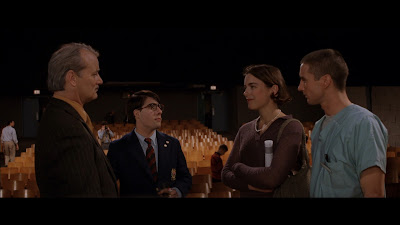 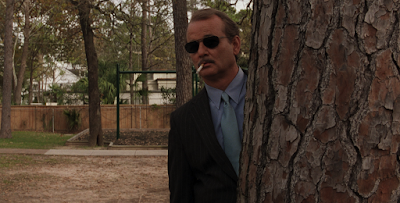 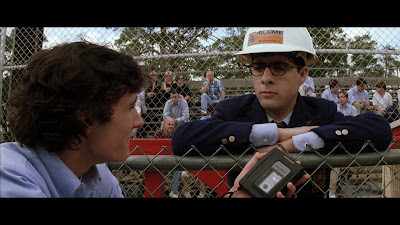 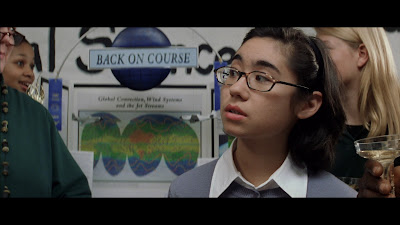 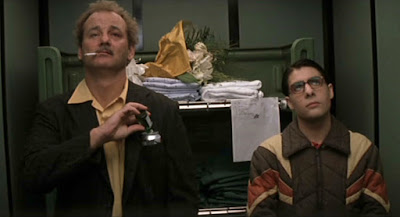 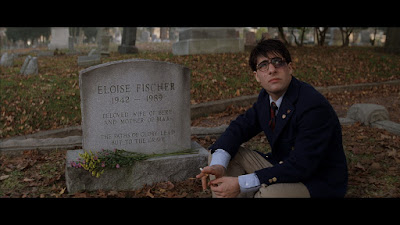 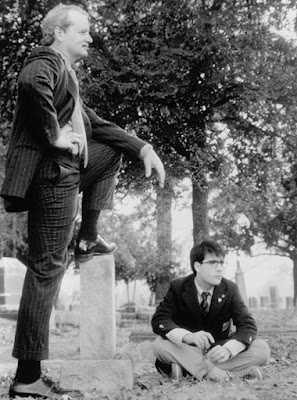 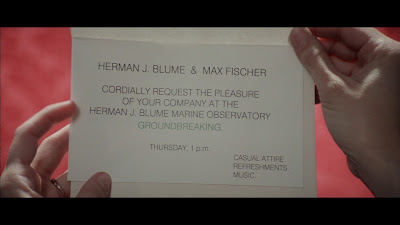 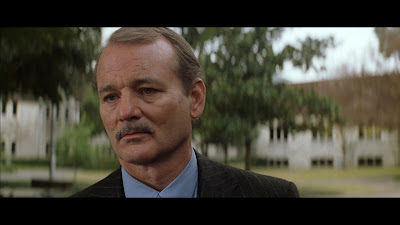 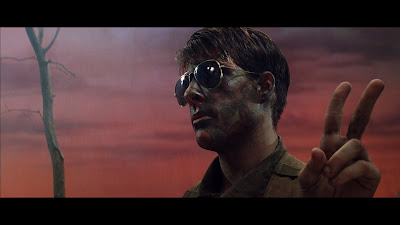 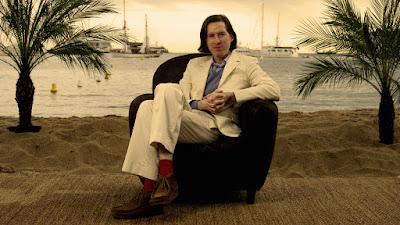 When one man, for whatever reason, has the opportunity to lead an extraordinary life, he has no right to keep it to himself.
—Jacques Yves-Cousteau

A film that fondly and innocently looks back at who we used to be, including the seemingly live-wire electric jolts streaming through our heads with all these new and wonderful ideas, wondering what to make of ourselves, as the mounting possibilities felt endless, where this film picks up on how easily we get ahead of ourselves, creating endless wish fulfillment scenarios in our heads imagining all the possibilities, where our actual day-to-day reality felt drab and boring compared to how we envisioned things, if only things were as densely impactful as the way we imagine them.  Wes Anderson seems to revel in the ideas that spark our enthusiasm, getting carried away with what might have been, where that mad rush of energy, like youth itself, feels like it will never end.  There’s no feeling in the world like it.  But it doesn’t last forever, extinguished much too soon in the prime of its life, as we all must move on to the next stages in our lives, including responsibilities and payments due, where something will forever drag us back down to earth, quickly forgetting how easy it all once was.  This is like a Peter Pan coming-of-age story, where youth is in a state of arrested development, still fancying all the faraway dreams, free to pursue each and every one, where grown-ups and adulthood represent the apparent end of those dreams.  While not everyone has it as easy as Anderson’s memorable characters, we still inherit traits from this strange and unusual world of the imagination, like checking out books from the library, taking us to mysterious places around the world, where for a short period of time we can imagine ourselves there.  Opening each new chapter, listed by months in the new school year, with the opening of a theater curtain, the whole thing unravels like a play within a play, perhaps all masterminded by a high school theater impresario whose plays are an essential component of the film, offering a window into an unseen reality — our own.  Like a tour guide, the kid leading us on this magical adventure is Max Fischer, a fifteen-year old private school 10th grader at the Rushmore Academy played by Jason Schwartzman, the son of Talia Shire and nephew to Francis Ford Coppola, as if he was born into cinema royalty.  Though he doesn’t have the silver spoon birthright like so many other rich kids attending such an exclusive school, Max operates as if he owns the place, director of his own theater troupe, speaking to the adults as if he’s on their same level, viewing himself as mature beyond his years, but still impulsive and irrepressible as a child, where this film takes full advantage of his wild obsessions that are on full display, becoming the heartbeat and theatrical pulse of the film, sharing all of his hare brained schemes that undoubtedly end in utter disaster for Max.  Still, not to be deterred, Max rises from the ashes of defeat only to proudly display that narcissistic peacock plumage that continually gets him into trouble in the first place, as he’ll go to any extreme, no matter the consequence.

Basically Max is a bespectacled, intellectual geek, insufferable at times, but a likeable kid with a variety of interests, so many, in fact, that he has no time to study, where he’s made a career out of inventing extracurricular activities on campus, Max Fischer Extracurricular Activities (Rushmore) YouTube (1:25), naming himself president of each and every one, where it’s surprising that he doesn’t have business cards printed up for every one, as Max is mostly a man who toots his own horn, a showman with an appreciation for showmanship, who loves the razzle dazzle but fails to get caught up in the details, so his dreams and fancy ideas have a short shelf life, quickly moving on to the next venture.  In this way, he resembles the life of many artists, where this autobiographic sensibility is what endears audiences to Anderson’s films, where this was his first major success.  Perhaps its major attribute is catching people off guard, as there’s a quirky inventiveness that is amusingly entertaining throughout, filled with cultural references and offbeat humor, not to mention a 60’s British invasion rock soundtrack that is ballsy and whimsical at the same time, offering something altogether new, like J.D. Salinger in the movies, where his subversive wit and brilliant ear for dialogue make him a major player to contend with, yet his films feel light as a feather while probing darker themes, making him something of an oddball himself, impossible to categorize, yet his literary roots are hard to deny.  Shot by cinematographer Robert Yeomen, who shot all Anderson’s features up to 2014, using slow-mo and sophisticated tracking shots, each with its own secret treasures, perhaps it comes as no surprise that the school depicted in the film (St. John’s Prep School) is the same one Anderson himself attended in Houston, co-written by Owen Wilson, a college roommate at the University of Texas in Austin with similar theatrical aspirations, where the lead character Max obtained a full scholarship to the prestigious institution by writing a one-act play about Watergate in second grade that was highly regarded by the school’s headmaster, Dr. Guggenheim (Brian Cox), who comes to regret that decision.  An early scene shows them in a discussion where Guggenheim is forced to put Max on “sudden death” academic probation due to his faltering grades, where another failed class will result in expulsion.  As Rushmore is Max’s entire life, an invented universe where he lives and breathes what takes place on the hallowed grounds (just not in the reality of the classroom), providing his raison d’être and what amounts to his personal identity, so he’s loathe to leave it, but spends no effort on grades and instead embarks on a romance of infatuation, becoming obsessed with a first grade teacher, Rosemary Cross, Olivia Williams, who’s wonderful in the role, but has made some questionable career choices ever since.  Something she scribbled in a library book is what sets his heart on fire, making it his mission to follow her to the ends of the earth.


While Max may lie, cheat, and steal with regularity, comedically operating with an absurd level of confidence, he also maintains a kindhearted nature and values friendship, often treading the line between honesty and dishonesty.  In order to fit in at Rushmore, Max has to create an invented persona designed to impress, suggesting his father is a highly in-demand brain surgeon, coming from a background of wealth and prestige, when the truth is his father (Seymour Cassel) is a barber who works down the street, living a modest means, something Max has a hard time accepting, using this fictitious identity to make friends with Herman Blume (Bill Murray), a 50-year old wealthy industrialist who becomes his patron saint and father figure, both mirror images of one another at different stages in their lives.  Max devises a scheme to build a giant outdoor aquarium, in the wild hopes that Ms. Cross will be romantically appreciative of his efforts, but brings in an unauthorized construction crew to demolish the grounds and place it directly on a baseball diamond, which quickly gets him booted out of school and immediately transferred to public school.  In one of the more preposterous scenes, Max gives a little introductory speech about himself in his new class, still wearing the Rushmore blazer, using 3 X 5 note cards with scribbled notes.  This impresses a young girl, Margaret Yang (Sara Tanaka), but he avoids her like the plague, treating her like she doesn’t exist, still embellishing his love interest with Ms. Cross.  Using a Cat Stevens forgotten classic to describe his fantasized euphoria, Rushmore: Here Comes My Baby YouTube (1:42), her image as his own private tutor deliriously sends him to previously unreachable heights.  But Herman, something of a schmuck himself, betrays him and undermines their friendship by going after his girlfriend, becoming his rival and dreaded enemy, where all bets are off in matters of love and warfare, beautifully expressed in a montage set to The Who’s “A Quick One While He’s Away,” Rushmore: Herman vs. Max  YouTube (3:13), each resorting to dirty tricks, which includes outing this extra-marital affair to the school and Herman’s wife, who’s already two-timing him with a much younger man.  Max, however, is unscrupulous enough to use his broken bicycle as a prop device, spreading some fake blood on his scalp and climbing up Ms. Cross’s window, like Romeo scaling the balcony for Juliet, falling into her bed, as if badly injured, and while she gets bandages, he calculatingly introduces his own cassette recorder playing a soft romantic French ballad sung by Yves Montand for just the right background music (like something Woody Allen would have done in his earlier, funnier films), which she immediately decodes, sending him away in disgrace.  Anderson follows with a wordless montage that couldn’t be more illuminating, Rushmore Soundtrack - I Am Waiting   YouTube (2:40), as he’s out of school working with his father in his barbershop, shamed and humiliated, where he’s just a regular kid leading an ordinary life, living adjacent to the cemetery, not far from his mother’s grave.  Of course it doesn’t remain that way for long, as this guy’s got an innate ability to come up with ingenious projects, like a one-man Barnum & Bailey show, or Bialystock and Bloom in THE PRODUCERS (1967), he’s a promoter at heart.  Reviving yet another extravagant stage production by the Max Fischer Players, tapping into his own theatrical entrepreneurship, Max has a way of reconnecting all his ill-advised schemes, paying penance, this time with a different outcome, or so he hopes, offering a more generous spirit, perhaps even wisdom, becoming part of the whole instead of that lonely and isolated figure in the beginning who thought only of himself, actually finding a celebratory tone, merging with the lofty aspirations of the director, hoping to touch the hearts and imaginations with this irreverent yet delightfully inventive comic romp back through the days of adolescence, becoming an instant classic.
Posted by Robert Kennedy at 12:01 AM