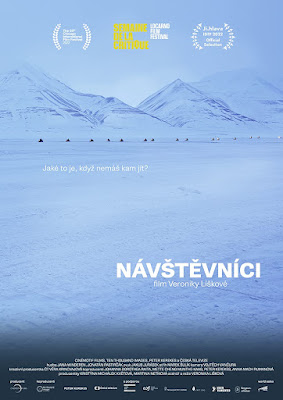 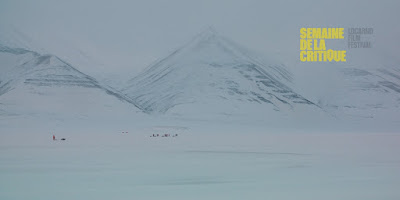 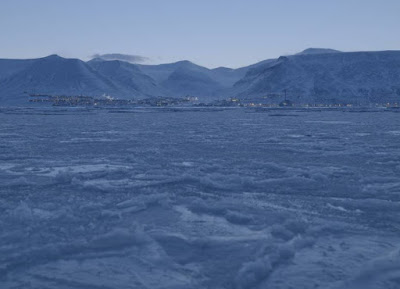 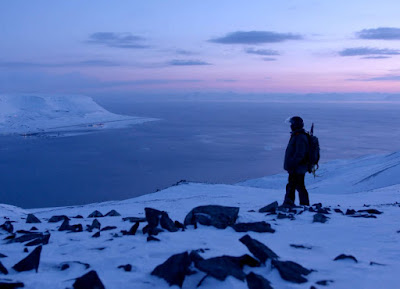 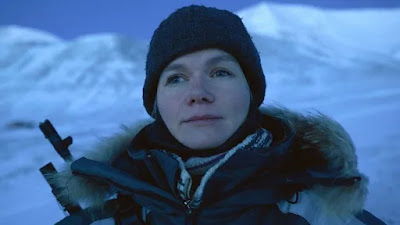 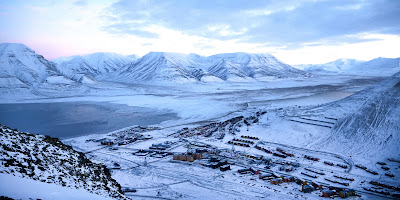 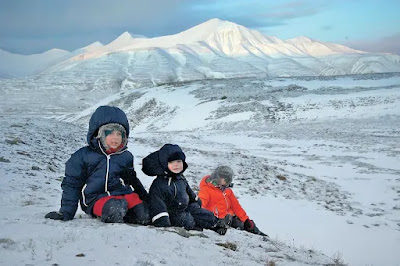 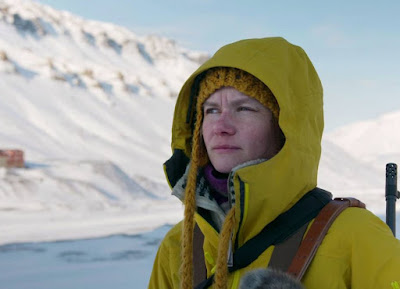 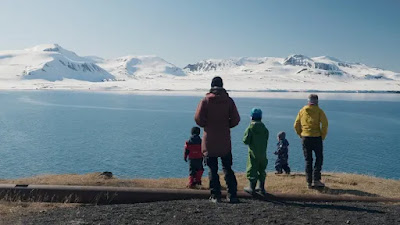 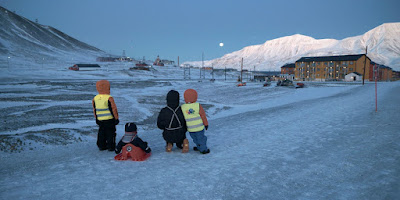 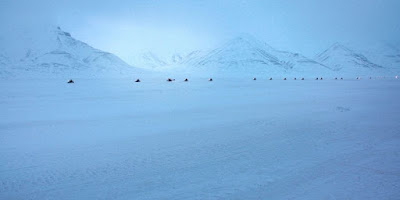 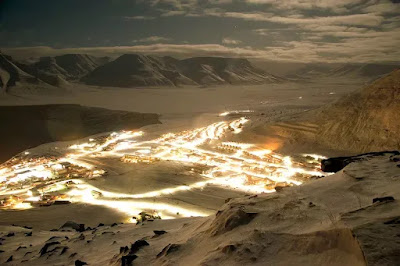 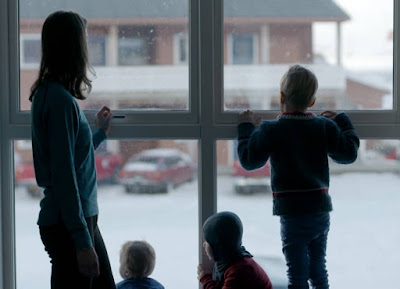 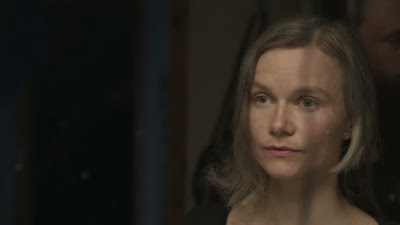 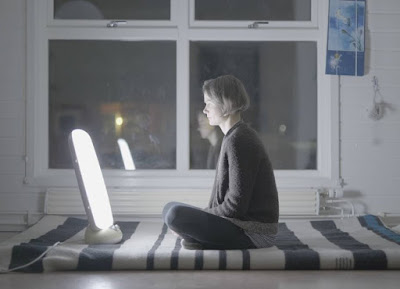 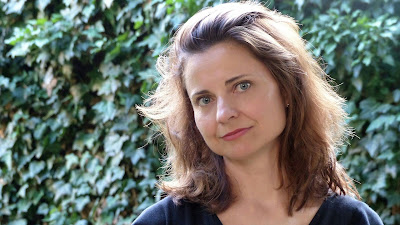 One of the few documentaries about living in the Arctic, originally conceived as a research project, as young Czech anthropologist Zdenka Sokolíčková moves with her family from Prague to Svalbard, Norway, to study how life is changing in polar regions, where not only icebergs and permafrost are vanishing, but also the idea of a borderless region.  Under the banner of the University of Hradec Králové, where she is employed, they have a shared affiliation with the Department of Social Anthropology at the University of Oslo, where she made the acquaintance of Norwegian social anthropologist Thomas Hylland Eriksen, who is dedicated to the effects of climate change and whose books are also published in Czech.  The mother of three young boys, she enrolls them in kindergarten and begins a new life with her husband Jakub, a polar ecologist, initially pleased with the idea, as she is wildly enthusiastic at the outset, thinking this will have a calmer influence on her hectic life, while the cultural mix will also broaden the educational horizons of her children.  They are constantly seen playing outdoors as a family in the ice and snow, frolicking in the white wintry conditions, always tightly bundled up, yet the crunch of their feet on the snow tells us what the conditions are really like, continuously submerged inside an Arctic chill.  As opposed to scientists living in the secluded desolation of Antarctica, where each visitor is carefully screened, each with their own designated assignments, Longyearbyen is the world’s northernmost permanent settlement, located in the Arctic Ocean about 1200 miles north of the Norwegian mainland, and only 650 miles from the North Pole, with around 2400 inhabitants from 52 nations.  The archipelago officially became a part of Norway in 1925, when the Svalbard Treaty (The 1920 Svalbard Treaty - jstor) took effect, one of the few treaties from that era still actively in force.  Anyone can come to Svalbard without a visa and settle down there, as long as they have a job and a place to live.  The unique cultural significance is that it remains under the political sovereignty of Norway, using their own language to conduct official business, including the schools, yet Zdenka does not speak Norwegian and relies upon the English language to communicate with others.  Interviewing over 200 subjects, identified by name, nationality, and profession, only about a dozen are shown, yet they offer a wide range of sentiments about living in such a remote place, including various conflicts and psychological tensions, with the film providing an existential examination of identity, often interjecting her own life, The Visitors / Trailer / 26th Ji.hlava IDFF YouTube (1:57).

While the snowy mountains are unquestionably beautiful, nearly two-thirds of the region is covered by glaciers, with an icy lake seen out the residence windows, while trucks and snow machines leading teams of dogs are constantly seen on the few icy roads, often visible by their lights in the blustery wind conditions, while mine shaft towers dot the landscape like ski lifts.  No roads connect the various villages, reachable only by air travel or boats.  Originating as a place for whalers, the islands were abandoned until permanent communities were established by a mining industry dominated by coal, as Longyearbyen was largely a company town until the end of the 20th century when a university was established, opening economic doors to research and tourism, finally becoming economically independent from mining, with new EU regulations permanently shutting the industry down by 2020, taking with it hundreds of jobs.  Anyone who has watched Norway compete in the Winter Olympics knows how fiercely competitive they are, strongly individualistic by surviving in the outdoor elements, with Zdenka discovering an equally diverse range of opinions about living in Svalbard, interviewing teachers, journalists, miners, a mayor, pastor, student, and more, inquiring about what hopes they have for the life they’d like to be living, with many Norwegians disgruntled about the disappearance of what was once unique about this local community.  Avid fishers and hunters, this was initially an unexplored wilderness, but on any given day, cruise ships can now bring thousands of people to a community of only a few dozen.  Due to global warming, with rain often replacing what historically had been snow, there have been avalanche disasters killing some of the residents, a major concern that sent many back to the mainland, where these tragic incidents have remained in the back of people’s minds still living there, as it could easily reoccur.  More than anything, however, Zdenka questions what constitutes a sense of belonging and the familiarity of home, while wondering what their lives will look like in ten years.  Because of the enforced work requirement, there are no elderly residents, and anyone who gets sick, even temporarily out of work, loses their residency status and must leave, with many outraged at the cruel injustice of this hard and fast rule, showing little flexibility to real-life circumstances, where the community can appear more utopian than practical.  How can anyone avoid ever getting sick, particularly in such a brutally harsh climate, as that simply appears to be an unrealistic criteria, causing unnecessary hardships to individuals and families.  In stark contrast, one of the breeziest moments is the group singing of Otto Nilsen’s 11 - En øl i Handa (2:16), suggesting life is good when you have a beer in your hands.

While the film was two years in the making, from spring 2019 to the fall of 2021, including a break for Covid when Svalbard, with no hospital facility, was inaccessible, it’s surprising just how much Zdenka’s own views change over time, shifting from environmental issues to questions of social justice, as instead of being embraced into the community, she is instead viewed as a foreigner with fewer rights.  Initially she is intrigued by an idea proposed by the town’s mayor, indicating Longyearbyen was one of the most polluted cities in Europe, but suggests it also has the possibility of becoming a zero emissions city, setting an example for the rest of Europe.  Her husband, however, scoffs at the idea, finding it ridiculous, considering what a constant presence snowmobiles are, or fishing boats, with planes arriving once a day, along with the ongoing presence of cruise ships, while homes also need to be heated, as the reliance upon fuel is everpresent, considering it wishful thinking that they could just eradicate this practice, suggesting it’s never going to happen.  Instead of coal, the economy is totally dependent upon the fuel industry.  Norwegians often complain that outsiders fail to learn the language, yet when she attempts to find a place where classes could be held to learn the language, which might include helping children adjust to school, she was surprised to discover that after an extensive search nothing was available anywhere in town.  This kind of cultural roadblock sends a negative message, making outsiders feel ostracized, like they’re not welcome, and not really a part of the existing social fabric, yet 20% of the population comes from a foreign country.  The most egregious example is an Ethiopian couple, where the husband is a prestigious astrophysicist interested in studying the northern skies, yet they are brazenly denied housing and job opportunities, making it impossible for them to live there.  This turn of events creates a sense of hopelessness and shame, as Zdenka is unable to help them, reduced to tears on camera, losing all sense of objectivity.  When she reaches out to Professor Eriksen, believing she has reached an impasse, he reminds her that she must remain objective in order to retain access to the opinions of everyone, and that telling everyone’s story is the best way to help in the situation.  When she interviews a local artist, she is shocked by his blunt viewpoint, basically suggesting outsiders have no place in what is exclusively a Norwegian refuge, “You shouldn’t be here.  This is no place to stay.  It changes too much, it has no soul.  People come and go, just like in a Swiss ski resort, only with polar bears.”  Exerting a sense of nationalist pride in his own identity, his exclusionary xenophobia may best express how Norwegians really feel about her presence, never really embracing or accepting her, which is a chilling revelation, as there is no real plan for diversity.  Instead the plan is to increase the Norwegian presence, introducing a new law in June 2022 where people who had not lived in mainland Norway for at least three years were not entitled to vote in Svalbard, affecting more than 700 people, or nearly 30% of the population.  Zdenka reads stories to her children, or sings songs to them at bedtime, trying to establish a sense of normalcy, but over time, one develops an insufferable claustrophobia from this endlessly barren and sunless landscape, always looking at the exact same mountains, never seeing any trees or flowers growing, or butterflies, or hear birds singing.  In a strange WIZARD OF OZ (1939) reference, after her own mysterious journey, she is reminded of Dorothy’s heartfelt message that “There’s no place like home.”  Ultimately, one is most comfortable with the familiarity in one’s own surroundings, the ease of speaking one’s own language, and having easy access to family and friends.  Establishing that sense of community may override all other outside interests.