The Past (Le Passé) 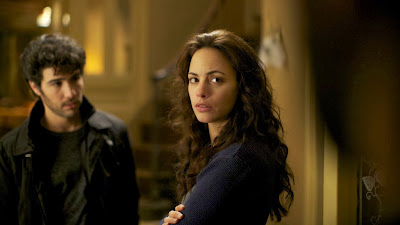 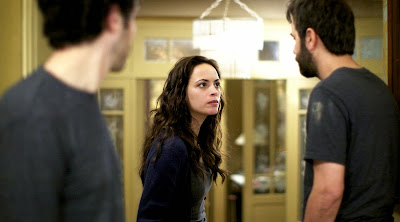 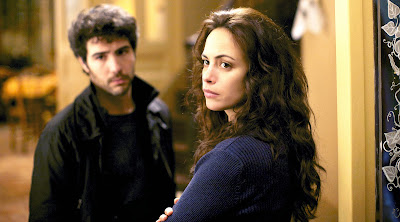 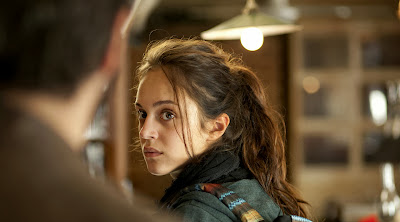 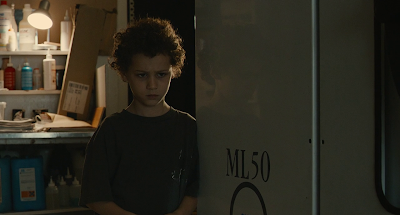 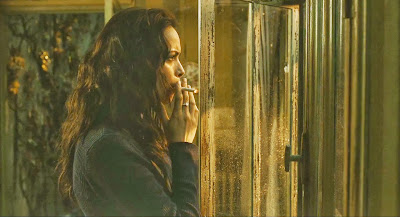 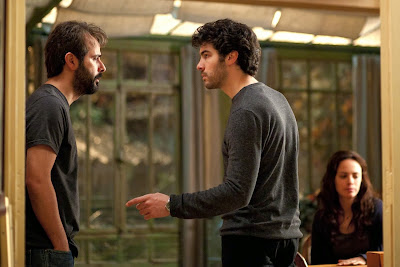 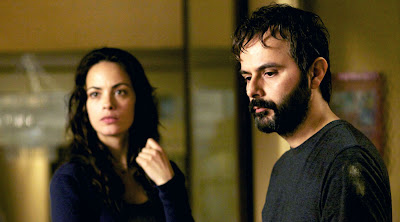 Premiering at Cannes, where Argentinean actress Bérénice Bejo, who also starred in the Academy Award winning The Artist (2011), was awarded the Best Actress of the festival, the film is notable in that it was shot in France, and in French, by an Iranian director who was forced to use translators throughout, which is somewhat ironic considering the writer/director’s strongest asset is his use of language.  This film was one of the strongest contenders at Cannes, and comes off his highly acclaimed A Separation (Jodaeiye Nader az Simin) (2011), which won the Academy Award for Best Foreign Film (also nominated for Best Original Screenplay), becoming the highest grossing Iranian film ever made (Foreign Language Movies at the Box Office - Box Office Mojo), and the first Iranian to have won an Academy Award in any competitive category.  Due to the universal acclaim for A Separation (Jodaeiye Nader az Simin), it also caused a backlash among some viewers who felt it was being overrated, touted as one of the greatest ever Iranian films, supplanting the works of Kiarostami and Makhmalbaf, when in fact it is a very good film, but hardly in the category of one of the best ever, where the highest rated Iranian film in the recent Sight & Sound 2012 Polls | BFI | BFI was Kiarostami’s CLOSE-UP (1989), the only film under the Top Hundred, listed at #37 on the Director’s Poll and #43 on the Critic Poll.  The next closest interestingly enough is Farhadi’s A Separation (Jodaeiye Nader az Simin), which is listed at #132 on the Director’s Poll.  Having seen his new film, one begins to see Farhadi as the maker of writer’s movies, where he uses narrative devices to withhold certain secrets until just the right dramatic moment, where there is almost a previously conceived mathematical style instead of a natural unraveling of events.  In this manner, one can say his films feel a bit too perfect, as there’s a surgically precise, logical explanation provided throughout, but not the organic feel of life as it happens.  The result is a somewhat idealized version of family life that contrasts heavily with social realism, for instance, as characters behave in a projected manner suitable for each required scene, and not really in a natural response to one another.  Perhaps it’s a subtle difference, but because the film is infused with such an unpretentious style of realism, how it deals with issues of honesty and personal secrets are elevated, and this film is extremely manipulative in this manner.

One thing for sure is the eye popping beauty of Bérénice Bejo as Marie, a fiercely independent woman who runs circles around everyone else in the film with her intelligence, quick temper, and fiery personality, all traits that are nearly non-existent in Iranian films, where combative women may behave that way around children or other women, but remain firmly under the patriarchal boot of male oppression.  But this is France, after all, where the flag stands for liberty, equality, and brotherhood, where anything’s possible.  But one should recall that in September 2010 during the making of  A Separation (Jodaeiye Nader az Simin), which due to past film successes was made without any governmental support, Farhadi was banned from making the film by the Iranian Ministry of Culture, as during earlier acceptance speeches at award ceremonies, he expressed support for Mohsen Makhmalbaf, an exiled Iranian filmmaker living in Afghanistan, and imprisoned political filmmaker Jafar Panahi, both of whom are linked to the Iranian Green Movement that questioned the validity of the 2009 Iranian Presidential election, demanding the removal of President Mahmoud Ahmadinejad from office.  The ban was lifted a month later after Farhadi apologized for his remarks and claimed to be inaccurately perceived, where the film production received an additional $25,000 from the International Motion Picture Association.  Like his earlier film, this one also preoccupies itself with divorce and family discord, where the story unfolds through intense personal dialogue and the parceling out of new revelations, where everyone withholds dark secrets that collectively casts aspersions on relevant moral issues that come to dominate the landscape.  Both are filmed almost entirely in tiny, claustrophobic rooms that become restricting to the point of being suffocating, where polite characters who try to be civil with one another store their secrets like hidden minefields that will eventually explode, with accusations used like weapons hurled at one another where they can do the most damage.  There’s always more going on under the surface, creating a volatile emotional atmosphere waiting for the next volcanic eruption to occur.

As the title indicates, the past has a way of wreaking havoc on the present if you’re not careful, and this film is literally a spiritual barrage of haunting moments from the past that have a way of continually altering the landscape, where one never arrives at the desired future, as they’re too busy putting out the fires still burning from the past.  Ahmad (Ali Mosaffa) is returning to France after a four-year absence living in Iran, where the reasons are not entirely clear at first, but Marie (Bejo) wants to finalize a divorce as she’s living with another man, Samir (Tahar Rahim), who runs a dry cleaning business.  Marie has two children, a self-absorbed teenager Lucie (Pauline Burlet) and young Léa (Jeanne Jestin), while Samir has a brooding young son Fouad (Elyes Aguis) who is about Léa’s age, offering her a playmate.  Rather than stay at a hotel, Ahmad arrives in the thick of an unraveling domestic drama where Lucie’s overt hostility towards Samir means she’s refusing to speak to her mother for choosing him, claiming she can’t live under the same roof, as the father figures in her life have never been very reliable.  And while Marie is dead set on marrying Samir, convinced that he is finally the right guy in her life, she invites Ahmad directly into this continuing family melodrama, suddenly finding himself trapped in a whirlwind of conflict and regret, where in fairness all he can do is show sympathy to all sides.  While Marie is continually flustered by the daily upheaval of relentless struggle, where she is associated with problems of her own making, Ahmad is seen as the noble peacemaker, even though he has abandoned his family, which set the stage for exactly what’s happening, as there are repercussions.  Nonetheless, as staged by Farhadi, Ahmad never loses his temper, is always seen as evenhanded, where he plays a soft-spoken man of wisdom offering his insight, as if he’s the long lost man of reason.  Like the struggles with Iranian paternalism, the tables are turned against Marie even in France, as Farhadi idealizes the husband she wants to divorce.


Unlike Arbor in Clio Barnard’s The Selfish Giant (2013), the violently hyperactive child from a dysfunctional family that can’t communicate with anyone in authority, trusting no one, where Barnard builds a realist structure around his inability to communicate, Farhadi’s disobedient children throwing temper tantrums open up instantly to the calm and measured approach from Ahmad, where they’re perfectly able to articulate the nature of their problems and concerns, so long as someone is willing to listen to them, and so long as that someone is Ahmad and not Marie.  Don’t you think there’d be some build up of resentment and mistrust after their father has abandoned them for four years, yet here in Farhadi’s world they continually answer honestly and openly, showing no difficulty whatsoever with his long absence.  If only divorce and parenting were that easy.  But here Farhadi gives Ahmad a free and open road, as he’s free to leave at any time, no questions asked, where he’s the noble hero, while Marie is forced to stew in her own misery and endure all the insults and obstacles that Farhadi places in her way, as he’s the writer of the story.  This feels blatantly unfair and slanted throughout, as Ahmad is extended the benefit of sympathy, while Marie’s turbulence is having the world turn against her, in ways she could never anticipate, yet this is the world she initially chose with her own free will as the one she was convinced would make her happiest.  She’s the one that has to face the cluster bombs of resentment and she’s the one without even a hint of help or support, as she’s forced to fight all her own battles alone.  While it has the feeling of theatrical authenticity, filled with struggling characters that face moments of intense reality, Farhadi really stacks the deck against Marie and pulls the strings on this one.  It’s a stinging rebuke of social realism, creating something of a downbeat world where all around her everything is sinking into an empty moral crevasse, where her world is perhaps best expressed by the horrified stares of trembling children peeking around the corners as the adults they feel safest with angrily self destruct before their eyes, bringing with them the uncontrollable, heavy-laden trauma of the past.
Posted by Robert Kennedy at 9:28 AM