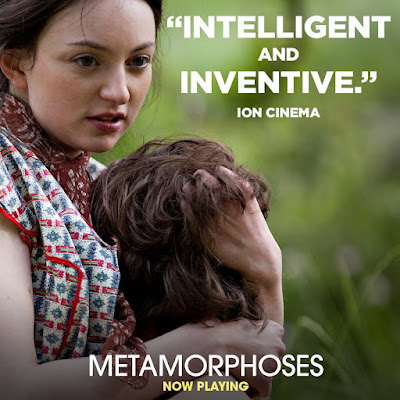 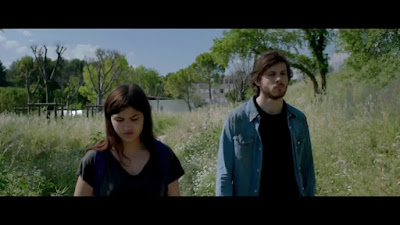 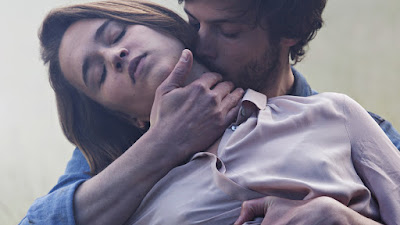 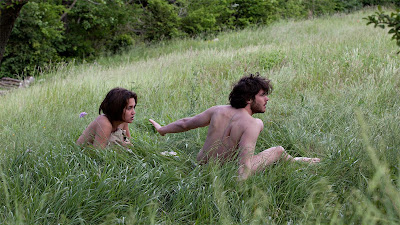 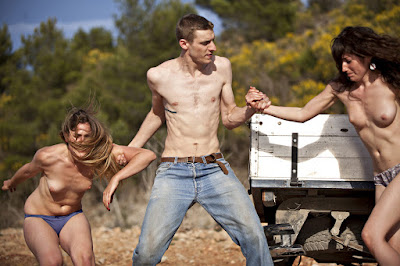 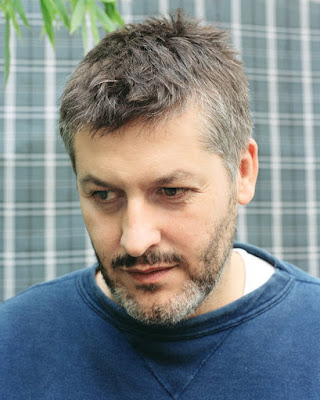 Oh how the mighty have fallen.  Honoré was a regular contributor to Cahiers du Cinéma and an established novelist before breaking into the ranks of filmmakers like a breath of fresh air with his first feature, Seventeen Times Cécile Cassard (Dix-sept fois Cécile Cassard) (2002), a radically inventive director working with some of the best actors and actresses in France, including Béatrice Dalle in his first feature, Isabelle Huppert in an unconventional incestial sex drama in MA MÈRE (2004), Romain Duris and Louis Garrel in a love letter to the French New Wave in DANS PARIS (2006), Ludivine Sagnier and Louis Garrel in a ménage à trois musical in LOVE SONGS (2007), turning actress Léa Seydoux into a breakout star in his Sirkian youth melodrama LA BELLE PERSONNE (2008), even reuniting the mother and daughter team of Catherine Deneuve and Chiara Mastroianni in Beloved (Les Bien-Aimés) (2011).  Often wrenchingly dramatic, providing meticulous, novelesque detail while exploring the depths of human anguish, yet characters could just as easily break out into song, one had to wonder what couldn’t this guy do?  But with his ninth feature he’s plummeted to the bottom of the food chain with this pathetic attempt to set Greek myths into the modern era youth of the Parisian banlieues, in most cases featuring non-professionals or first time performers.  While he’s always integrated love and sex into the modern landscape as an intricate aspect of contemporary French culture, this full-blown retelling of Ovid’s myths is a misfire of gigantic proportions, lacking depth, emotional range, psychological intrigue, and artistic merit, basically all the aspects he excelled in with his earlier works, where sadly much of this resembles the prettified artificiality of a perfume commercial.  One must attribute full responsibility to the director, as this is his project, adapting Ovid’s work himself, so the purely amateurish artistic ineptitude belongs to him in failing to breathe any life into this ultimately dull and uninspired affair.  It pales in comparison to Rohmer’s last work,  The Romance of Astrea and Celadon (Les Amours d’Astrée et de Céladon) (2007), a similar project that spent next to nothing on actors or production design, basically filmed in the French countryside, but Rohmer’s painterly detail and lush emotionalism brings the archaic language to life, finding fresh inspiration in a 5th century idealized love play of nymphs and shepherds frolicking in the forests before a 21st century audience with modern sensibilities, all the more remarkable considering he was 87 years of age when he created such an exquisitely youthful vision.  Unfortunately, the same can’t be said for Honoré.

Unfolding in three chapters, the story is told largely through the curious eyes of Europa (Amira Akili), a disinterested teenage high school student who skips class and by chance runs into Jupiter (Sébastien Hirel), an aloof yet arrogant and boastful man who immediately captures her attention by promising he would change her life, typical male bravado, but he lures her into a world of mythical gods that have supernatural powers, including the ability to transform humans into animals, often on a frivolous whim out of jealous vengeance.  After having sex on a forested slope, he starts telling her longwinded stories that suddenly spring to life, like a flashback within a flashback, with both submerged into the narrative.  What we quickly discover is the pettiness and overtly sexist behavior of these mythical gods, constantly squabbling among themselves, unable to control their volatile tempers and unquenchable desires, apparently, where they roam from partner to partner, creating jealous animosity wherever they roam, always looking young, never aging, where they remain forever immortal.  But they easily tire of one another, instead taking pleasure in toying with the mortal humans, a subspecies they can so easily control.  With an apparent lust for power and pleasure, often seen wandering naked in the woods, they show no aptitude for changing their ways.  While not overly impressed, Europa has a pathetically distressing home life in the projects with a callously disinterested father she’s not eager to return to, so she’s hoping to discover something better, which explains why she puts up with the conceited antics of Jupiter and the petulant gods, who seem besmitten by their own vanity, but she’s hoping it might lead her somewhere.  The two of them wander into town encountering an old man, who invites them into his home, where he and his aging wife offer them whatever they have, which isn’t much.  Out of gratitude, Jupiter turns their table into a banquet of feasts before walking the old couple out into the forests, promising to grant a wish in return for their hospitality.  Their biggest fear would be to die alone, believing it would cause the surviving partner untold heartache, so they wished they could die together.  Jupiter turned them into trees sitting side by side on the riverbank, each basking in the beauty of the other.  Caught up in the moment, the young lovers have sex before Europa falls asleep on one of the tree branches, while Jupiter wanders off to create more mischief somewhere else, leaving Europa stranded on her own when she awakens.  As she wanders through the forest, basically watching and listening, the film turns into a road movie where Europa becomes acquainted with Jupiter’s extended family and friends, including Bacchus (Damien Chapelle), one of his many sons, who’s just as big a braggart as his father, but more devlish, and later Orpheus (George Babluani).


Bacchus forcefully kidnaps a few girls, actually commandeering them into a truck at gunpoint, soon to become naked women of the wilds prowling the rocks and riverbanks like a vigilante death squad, the Bacchantes, before introducing Europa to the story of Hermaphroditus (Julien Antonini), a young man seen birdwatching, minding his own business, until Salmacis, a large-sized, extremely forward woman (Marlene Saldana) starts pestering him, eventually stripping naked, asking if he likes what he sees, suggesting they go swimming in the river.  But when he hesitates, Salmacis mocks him before disappearing from sight.  Curious, Hermaphroditus jumps into the water, where Salmacis suddenly reappears, twisting her body around his, calling out to the gods that they should never leave one another, as both disappear underwater.  Afterwards, when Hermaphroditus steps out of the river, he’s astonished to discover he’s half man, half woman.  Europa eventually forgoes Bacchus and wanders off with a prophetic Orpheus and his sad group of disciple followers, apparently becoming transformed by the accumulating personal associations with beauty, sex, violence, hardship, and death that surround her, eventually jumping naked into a river, assuming a new identity, spirit, and soul.  While mythical tales have an imaginary power all their own, something is lost in the translation to the screen, given a modern era context, where the gods and mortals are all high school students living in the projects, each one indistinguishable from the other, as the real and mythical worlds look exactly the same, with little hint of illusion or magic, where any dramatic production of Shakespeare’s Midsummer Night’s Dream will likely produce more artistry and imagination.  None of these characters generate any connection to the mythical parts they’re playing, no rush of emotion, no sense of exhilaration, where there’s little identification with the ideas and themes they represent.   In the case of Narcissus (Arthur Jacquin), who falls in love with his own reflection, he’s a handsome kid, and the other high school girls swoon at the sight of him, but he’s otherwise completely indifferent, a disaffected skater kid in the projects, yet representative of the entire cast, where an overall sense of detachment suffocates this picture.  While Honoré balances his mythical storylines with classical music pieces written on similar themes, this feels all too simplistic, like painting by numbers, where the entire effort falls under the weight of its own pretentiousness.  Whatever the idea was behind this project to mix carefree youth with the casual exploits of the mythical Greek characters just never generates any meaningful interest or dialogue, instead feeling like everyone got sidetracked and lost interest along the way.  Much like the myths, movies have a transformative power, but in the end, this is to Honoré what Song to Song is to Malick, ideas that simply failed to come to fruition, in each case, the first real disappointment in the director’s otherwise extraordinary output.
Posted by Robert Kennedy at 12:49 PM