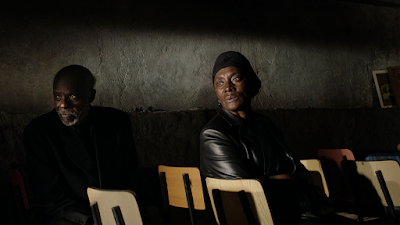 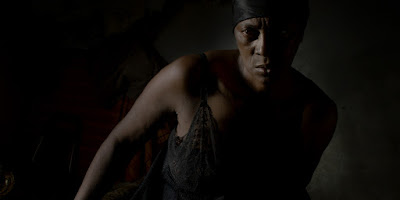 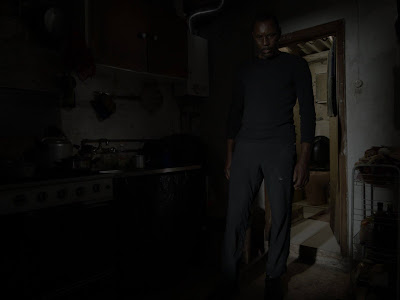 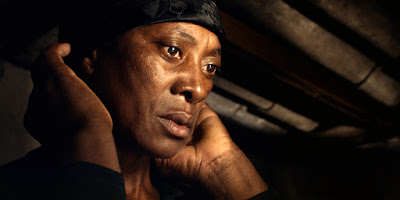 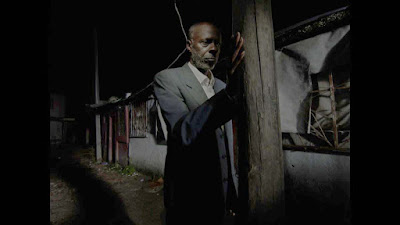 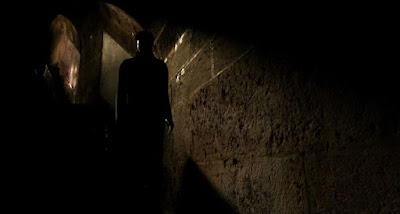 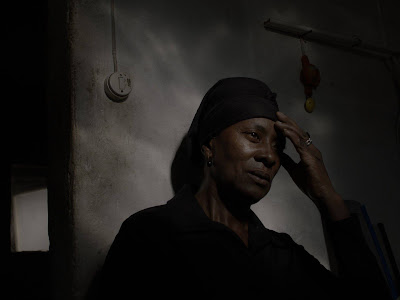 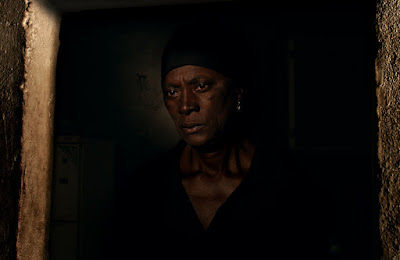 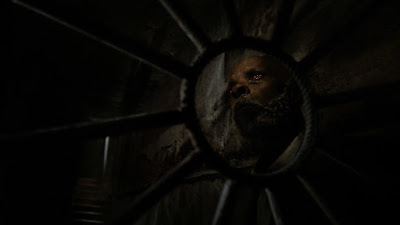 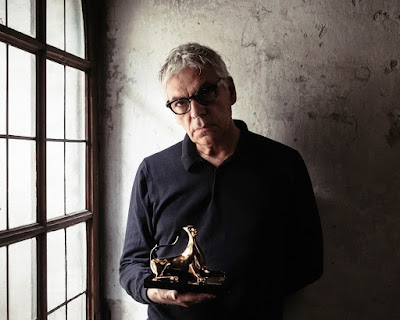 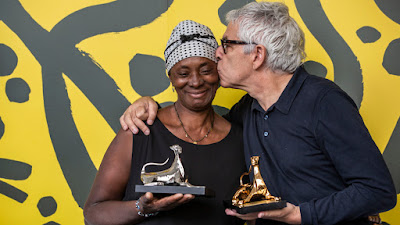 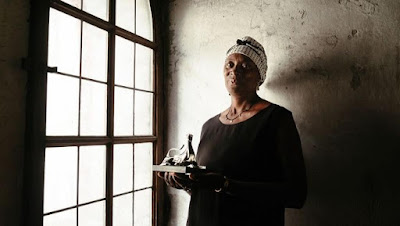 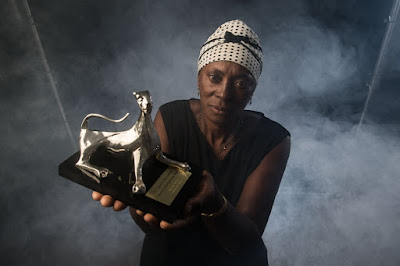 Defiantly different, uncompromisingly bleak, existing in a world of its own creation, it represents a kind of dream slumber, drawn almost completely from the imagination, as there’s little here people can actually relate to in their own lives, instead feeling overly literary, much of it coming from the reading of letters, long speeches bearing little resemblance to life as we know it.  Comprised of extremely long drawn-out shots, people barely move in this film, instead they sit or stand and confess their innermost thoughts on camera, shrouded almost completely in darkness, shot almost exclusively at night, with barely any light creeping in.  This is the kind of film that draws plenty of praise from critics yet produces droves of walk-outs, as there is little else in the cinema tradition that compares, leaving viewers unnerved and confused, even a bit despondent, as they want to appreciate what they don’t particularly care for.  This kind of filmmaking is so out of the mainstream that audiences should be forewarned before entering the theater, as it’s not what you suspect, and can barely be called cinema at all, instead it more closely resembles a dialogue-driven living theater, a highly individualized staged expression, where theater audiences are much more likely to endure the kinds of extremes shown with this production.  While there is a small group of admirers who know who they are, this kind of heavily stylized filmmaking is for them, conceived with film festivals in mind, with absolutely no commercial prospects whatsoever.  While there may have been 100 viewers when the film began, it was closer to 60 or 70 who stayed to the end, and far fewer who actually liked it.  Existing in its own realm, utterly uncompromising, it comes with plenty of accolades, having won the Golden Leopard Grand Prize (1st place) at the Locarno Film Festival, while also winning a Best Actress Award for the actress bearing the same name as the film title.  If you’ve seen even one of Pedro Costa’s films, then you know what to expect, as the pace of the film is exasperatingly slow.  Except for a stunningly beautiful more traditional documentary entitled NE CHANGE RIEN (Change Nothing) (2009) that is shot completely in black and white, mostly in the studio with barely any trace of movement, capturing rehearsal sessions of actress/musical performer Jeanne Balibar, though revealed in fragments, never hearing an entire song, his other films are just plain difficult, most of them shot in the reconstructed realms of the now demolished Fontaínhas housing project, a home to largely immigrant communities located just outside Lisbon.

Costa’s films follow a group of émigré’s originally from the rocky and volcanic Cape Verde Islands, a former Portuguese colony established to serve the African slave trade, who come to the mainland to find a better life but are relegated to segregated lives in the poorest slums, living in dilapidated shacks, eking out an existence of day labor jobs that leaves them ensnared in a web of neverending poverty.  While they may originally have dreams of transporting their families, those dreams die over time, as even their language is not really Portuguese or a Cape Verdian dialect, but seems of a different world, reflective of their lost identity that dissipates even further as the futility of their displaced lives becomes even more apparent.  The dominant impression is the staged artificiality of the style, maximizing the photogenic impact of every shot by the filmmaker himself or his longtime cinematographer Leonardo Simões, where shadowy figures emerge from a darkness, lifeless and bitterly deprived, appearing like ghosts, forced to confront their grim lives, yet a vividly animated life can be heard offscreen, whether it be babies crying or dogs barking, yet what’s captured onscreen is the utter stillness and solemnity of isolated lives who are now dreadfully alone, cut off from the rest of the world, downcast and spiritually depleted.  Expanded from her earlier brief appearance in HORSE MONEY (2014), the film is based on the true story of its protagonist, the entitled character Vitalina Varela, a non-professional actress who was born on Cape Verde Island, who arrives at the airport in Lisbon three days after her husband’s funeral.  In the opening few sequences, a slow funeral parade of weary bodies weaves its way past the walls of the cemetery into the narrow alleyways of their decrepit homes while the camera follows each one of the men as they open and close the metal doors of their crumbling concrete homes, one after another, shot from a dizzying array of angles, like a choreography of doors closing, yet the collective images suggest they are sealing themselves into tomb-like coffins where they will likely die in places just like this.  Arriving several days later, Vitalina is immediately told to go home, that there is nothing for her in Portugal, signs of warning that feel just a bit disingenuous, but may represent their own struggles with self-loathing, as the rundown neighborhood is hardly a picture of success.  Her view is that she waited 25 years to get here, so she might as well stay, clearing out the empty liquor bottles from her husband’s dingy home.

What we quickly learn is that Vitalina is a strong-willed woman of extraordinary strength and resilience.  Flashback sequences reveal she married her husband Joaquim on the island, happily building their own home brick by brick before he ventured to Lisbon seeking work, returning briefly once, but then disappeared altogether, with Vitalina learning he was in prison at some point, never knowing why, or why he never fixed the leaky roof in this ramshackle home.  What follows is a period of mourning, reduced to lengthy monologues directed at her dead husband, whose spirit looms over the entire landscape, exploring the traces he left behind while remaining embittered for all the years he left her waiting alone without sending for her.  He’s not the only casualty here, however, with men reduced to scrounging through supermarket dumpsters or salvaging scraps of metal, it’s a neighborhood where people are devoid of all hope.  Even the local priest (Ventura, a Costa regular) has lost his faith, with Vitalina remembering him from the island, aware of the excruciatingly sad circumstances that gnaw at his ailing soul, having what’s left of a tiny church with no parishioners, where she is the only one who bothers to show up.  Shot in long, unbroken shots of her dimly lit face, revealing unfathomable depths of anguish and pain, ghosts of the past comingle with the shadowy world of the present, with Vitalina speaking in soliloquies, mostly seething with anger at her husband’s  philandering ways and broken promises, struggling with her own regrets, anxieties, and grief, looking around at this godforsaken place, wondering why he stayed, addressing him mournfully, “Here there is only bitterness.  Here we are nobody.”  An underlying message in Vitalina’s embattled relationship with her husband mirrors the complex relationship Portugal has with its former colony, leaving Cape Verdian immigrants displaced from either shore, tainted by the toxic effects of the mother country that never lives up to its promise as a homeland.  The film takes a nostalgic twist at the end, emerging from the cavernous darkness into the light of day, even under openly blue skies, recalling that time she and her husband built their house together in Cape Verde.  Even if much of the film is exasperating, feeling more like a slow death march, Costa has found an original method to imprint his vision into our subconscious, literally keeping the mood of his images in our heads long after the film is over.  Add to that the somber reality of the people who inhabit this human purgatory, where much of what we remember feels like an elegy or a requiem, providing an almost classical frame for this highly individualized and in many ways unpleasant journey.
Posted by Robert Kennedy at 12:01 AM