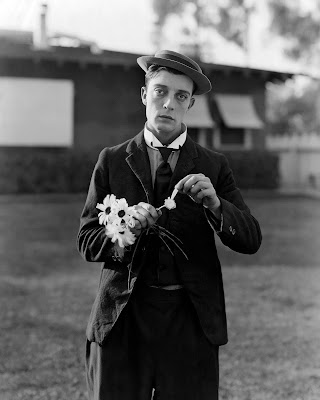 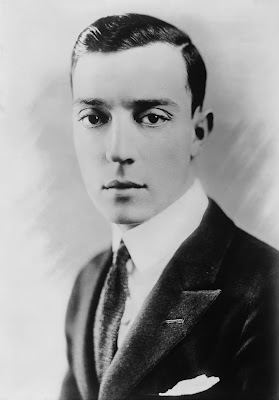 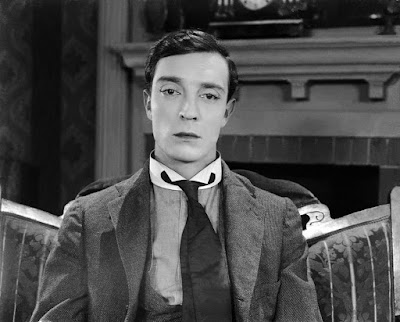 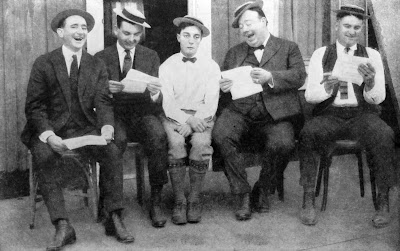 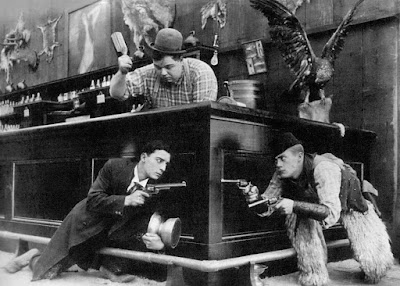 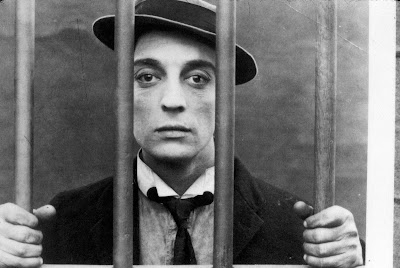 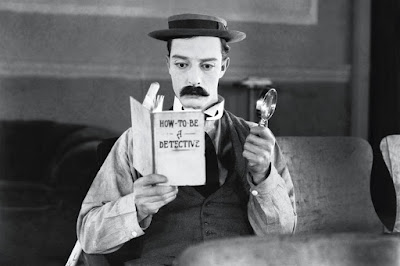 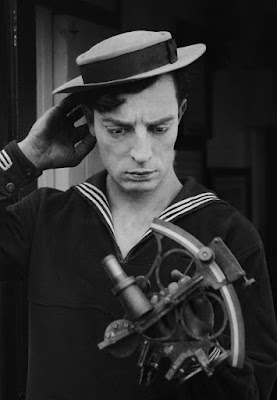 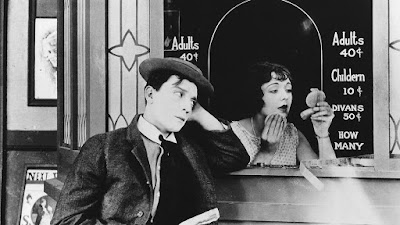 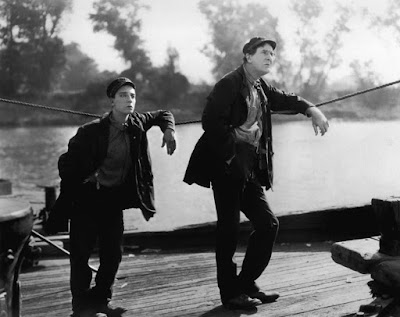 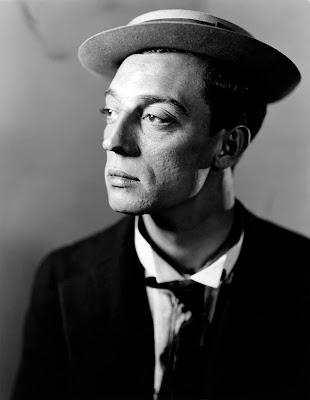 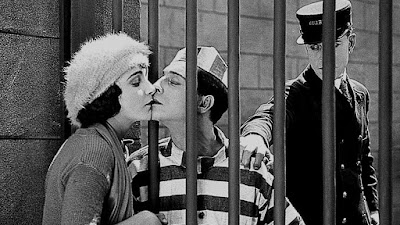 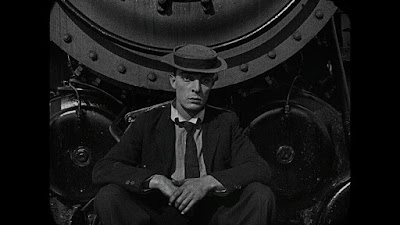 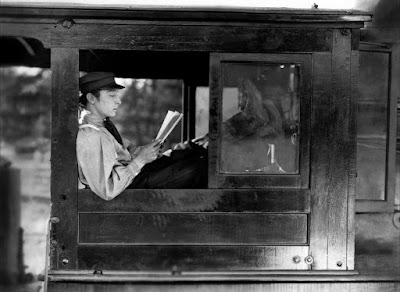 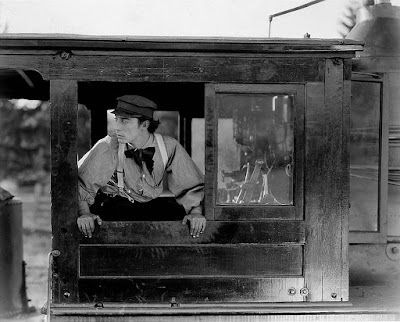 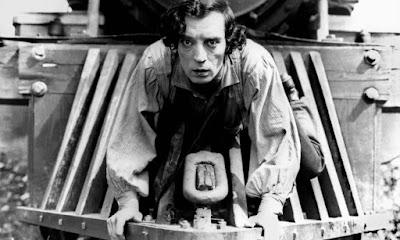 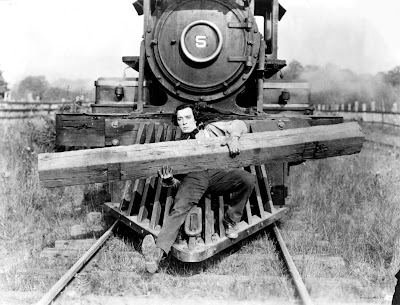 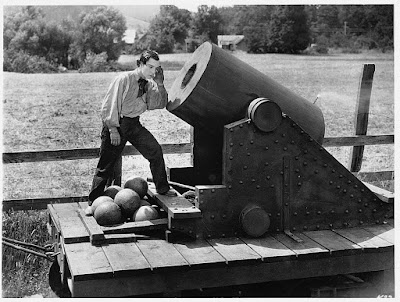 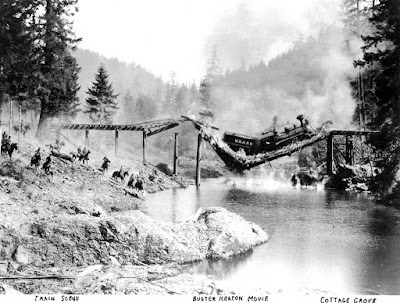 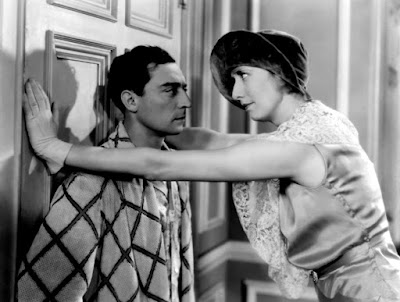 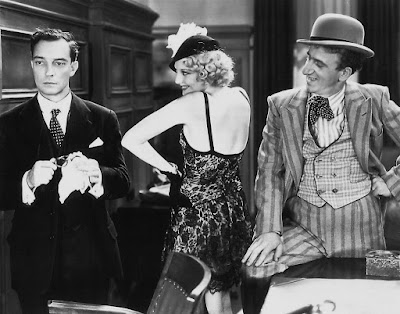 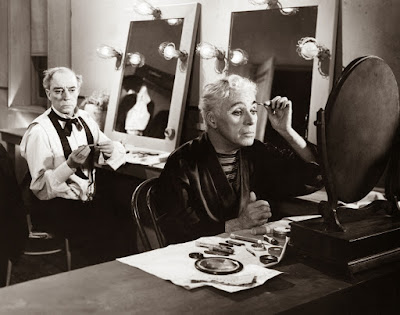 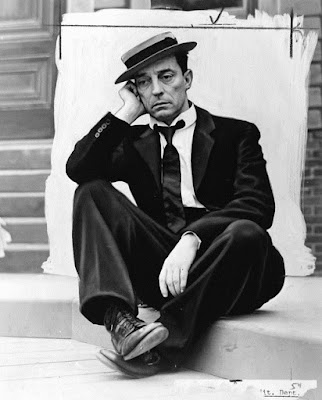 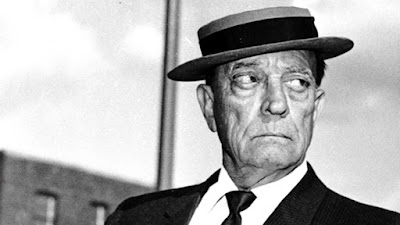 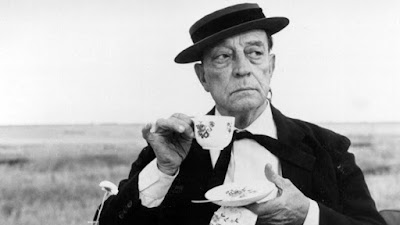 First of all, any movie showing a series of clips of Buster Keaton is a positive delight.  Period.  But a director of Bogdanovich’s stature, known as a film historian, is capable of greater things than he provides here, as there’s very little analysis of his films, few, if any film experts or historians, and little insight into his directing style.  While the clips are a delight, the film skimps on his personal life and family, and it felt odd to visit his greatest films “after” a look at his earlier career of film shorts, then skipping to television and even his death, which comes about an hour into the film, leaving the final section to revisit his greatest feature-length movies shot in the 20’s, having already shown many of these clips earlier, so it feels anti-climactic.  Bogdanovich claimed he didn’t want to leave audiences on a sad note with his death, and instead wanted to “Always leave ‘em laughing,” ending with 10 films Keaton made in five years up to 1928, but it still feels like a strange and curious edit.  Perhaps his greatest sin is claiming SEVEN CHANCES (1925) was not among Keaton’s greatest films, when it may be his funniest and the one viewed most often purely for pleasure, as it’s simply a hilarious experience every single time, where it’s hard to fathom why it doesn’t get the love from Bogdanovich.  Instead of historians we get comedians, as Johnny Knoxville discusses his riskiest stunts, Quentin Tarantino describes how he revolutionized the action sequence, Mel Brooks emphasizes how ingenious it was to violate the fourth wall to enhance the gag, Carl Reiner gushes “His non-expressive face expressed so much,” and Richard Lewis claims, somewhat questionably, that many of Buster’s gags had never been done before (perhaps what he meant to say was that, like Mozart, they had never been done better, as Keaton simply perfected them), while also throwing in comments from the likes of Dick Van Dyke (who knew Keaton), Bill Hader, Paul Dooley, Bill Irwin, not to mention Cybill Shepherd, Norman Lloyd, and Werner Herzog in that austere voice of gravity claiming Keaton “was the essence of cinema.”  He also adds questionable television voices like TMC’s Ben Mankiewicz and Entertainment Tonight’s own Leonard Maltin, where it’s hard to say this is an improvement over BUSTER KEATON: A HARD ACT TO FOLLOW (1987), an American Masters 3-part series written by British film historian Kevin Brownlow and produced by David Gill, a team that also produced a similar series on Chaplin, D.W. Griffith and Harold Lloyd, but the clips used in those earlier works are not restored and digitally enhanced as they are here, as that is the real revelation, though too many sequences are cut short and not allowed to run to completion, feeling more like shortly cropped sound bites.

If truth be told, what Bogdanovich is attempting to do here is introduce Keaton to a new modern generation raised on the Internet that loathes silent films, that simply has no interest in those old black and white classics, as it represents “the old days,” going backwards in time.  That might explain the talking head jabbering on about how the latest SPIDER-MAN movie was conceived with Keaton in mind, which feels extraneous.  Young people prefer to look ahead and not behind, so Bogdanovich grabs them with a stream of infamous Keaton clips right off the bat as a lure to take the bait and see what else lies within.  Doing his own narration, with brief biographical details provided by film historian James Curtis, Bogdanovich tells us Keaton was born into a vaudeville show business family, performing with his parents onstage by the age of four where Little Buster became a childhood star with the 3 Keatons as a “human projectile” who was continuously thrown around the stage, where they actually put a little handle on his back to make it easier.  His father was actually accused of child abuse in several states, but apparently was never charged.  The miracle is that in more than 10,000 childhood performances, he was only slightly injured twice, suggesting that’s where he developed his remarkable physical agility.  Serving in France during WWI, Keaton suffered hearing loss by being too close to artillery fire, which apparently affected him his entire lifetime, returning to Hollywood where he teamed up with comedian Fatty Arbuckle, who taught him the tricks of the trade, also schooling him on the various uses of the camera, making a series of shorts together, becoming so successful that Keaton formed his own company, BK Studios, turning out 19 two-reelers between 1920 and 1923, with as many as seven completed in a single year.  Keaton married into Hollywood royalty in 1923 when he married Natalie Talmadge, sister-in-law of his boss, studio executive Joseph Schenck (who went on to form Twentieth Century Pictures, and actually played a key role in later launching the career of Marilyn Monroe), who costarred with him in OUR HOSPITALITY (1923).  Then skipping his greatest works of the 20’s when he had total independence to make what he wanted, the film jumps ahead to the introduction of talking pictures, where his family connection caused Keaton to make what he called “the biggest mistake of my life,” signing with MGM, Hollywood’s biggest studio, where according to Bogdanovich, all the big comedians did their worst work there, as they were not allowed to utilize their own comic gifts and spontaneously develop their own gags, but were forced to work on schedule and conform to the studio system style of shooting, which was a disaster, pairing Keaton with Jimmy Durante, for instance, having little in common as their timing was completely off, where he was eventually divorced and released by the studio, becoming a serious alcoholic.

Perhaps what’s most surprising is the full extent of his demise, much of which is not well known, where he was briefly institutionalized in a mental asylum and placed in a strait jacket, but able to escape from tricks he learned from Harry Houdini, and got remarried in an alcoholic haze, but completely blacked out any memory of it ever happening before finally marrying his third wife Eleanor Norris in 1940, which eventually saved him, getting sober for good.  He was an enthusiastic bridge card-playing aficionado, seen playing with silent stars Anna Q. Nilsson, HB Warner, and Gloria Swanson.  We see Keaton making a cameo appearance in Billy Wilder’s SUNSET BLVD. (1950), featured in a small part in Chaplin’s LIMELIGHT (1952), with both simultaneously silent onstage, the only time they ever worked together, but then became a hit onstage in Paris, leading to his own half-hour TV show in the mid 50’s, making dozens of 1950’s television ads, but was so pressed for cash that he appeared in Frankie Avalon and Annette Funicello teen flicks like HOW TO STUFF A WILD BIKINI (1965) and BEACH BLANKET BINGO (1965).  Perhaps most obscure, he played a leading role in a 20-minute silent film entitled FILM (1965) written and directed by Samuel Beckett that barely gets a mention, though a follow-up documentary by Ross Lipman entitled NOTFILM (2016) spends more than two hours examining the film.  Keaton even appeared in a stunt on Candid Camera, but most moving is the 10-minute standing ovation he receives for a lifetime achievement tribute at the 1965 Venice Film Festival, which visibly has a profound effect on him, sadly dying the next year at the age of 70 in 1966.  But Bogdanovich saves his greatest films for the end, mostly allowing the clips to speak for themselves as he features ten films that are the bedrock of his greatest success, from THREE AGES (1923) to STEAMBOAT BILL, JR. (1928), once more bringing to life the incomparable comic genius of “the great stone face,” with Bogdanovich claiming “That kind of physical comedy will never be unfunny.”  Of interest, the film features some commentary from Patricia Eliot Tobias, president of Damfinos (Damfinos), the Buster Keaton Society, who have been honoring Keaton since 1992, including among their early members Eleanor Keaton, Kevin Brownlow, and Leonard Maltin, offering her view, “He was ahead of his time, and we’re just now catching up with him.  Buster often played what I call a stranger in a strange land.  He’s looking at this really weird, absurd world we live in and is confused by it,” basically challenging us to see the comic potential in the everyday ordinary and mundane.  She singles out SHERLOCK JR. (1924), where Keaton plays a projectionist who dreams himself into the movie he’s screening, noting, “I think the reason Sherlock Jr. has gotten more popular is that we’re living in an age where we interact with media constantly.  We look to media — email, GPS, dating websites, etc. — for the answers.  Here is Buster interacting with the media of his day.”  While the film often fails to explore the complexity of the man at its center, the clips themselves are priceless, offering pure unadulterated joy, but the film pales in comparison to Bertrand Tavernier’s Journey Through French Cinema (Voyage à travers le cinéma français) (2016), for instance, which is a more exhaustive and intellectually curious approach to examining classic French cinema, filled with clips, but also a more astute analysis.
Posted by Robert Kennedy at 12:00 AM