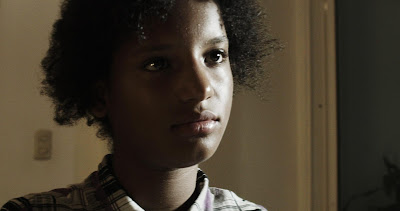 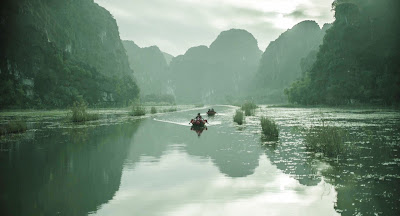 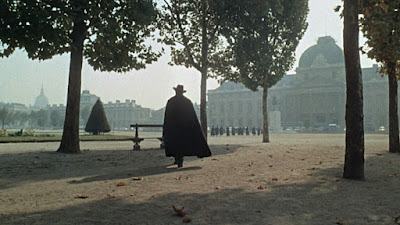 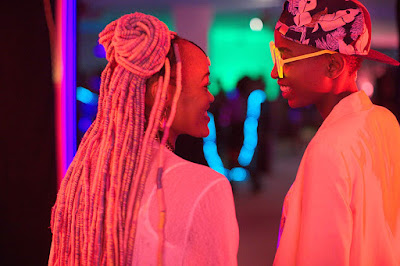 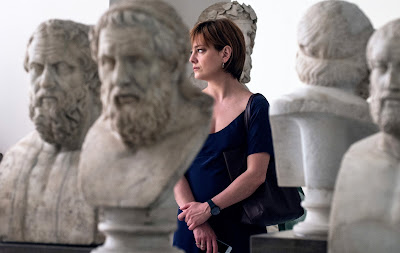 Despite all the A’s and A-’s handed out by Frank and Jonathan, I am of the opinion this was one of the worst fests ever, certainly worse than last year when 7 films from the fest were in my Top Ten.  That was an amazing year.

This year there will be 1.

Only two other years this decade have led to results like that.

Not sure how to explain the decidedly different ratings, while I recognize we may have seen different films, but some were the same, and we certainly had differing views on those.  Having been coming to the festival since the 1980’s, annually since the middle 90’s, my view is that there is a paucity of festival quality films this year, as the films seen at the festival were actually not any better than what’s been available to see in the theaters all year.  Sorry to say that’s been my experience.

One terrific film, Petzold’s Transit, and a lot of other decent films.  Koreeda’s Shoplifters (Manbiki kazoku) and most of Jia Zhang-ke’s Ash Is Purest White (Jiang hu er nv), by the way, were shot on 35mm film, a rare occurrence in a film festival, though the screened prints were digital.

The festival was shortened to fewer days, fewer films, and the quality declined.

All of which suggests money shortages, which is not a good sign.

Michael Kutza, the founder and CEO in charge who’s been there from the beginning, this will be his last year at the helm, as he is retiring and his next in command, Vivian Teng, will be the managing director, while Mimi Plauché will be the artistic director.   The jury is still out on Mimi’s festival prowess, because if this is a sign of things to come, it does not look good.  In fact, this may not be a sustainable model.

Documentaries, normally among the strongest selections at Chicago, were weaker this year and the selections overall were geared towards political correctness and were much less cinematically adventurous or appealing.

Transit and Srbenka were really the only two films seen in the entire festival that exhibited original cinematic flair, while all the rest were more mainstream and conventional, which may represent the cultural backwater that Chicago has become.  That would be unfortunate.  On the other hand, that may also be a reflection of the kind of films being made today that are chosen as festival quality films.  Maybe there are fewer masterworks being made because there are fewer master filmmakers, as many of the elder statesmen and women are not being replaced by younger talents of equal quality and vision.  For instance there are no Tarkovsky’s in today’s world.  Or Dreyer’s, or Welles, and the list goes on.  Perhaps the change from celluloid film to digital around the turn of the century has altered the kinds of films being produced, as filmmakers can make cheaper films that may equate to much lesser quality.  It may be too early to tell, but these are the initial signs that we may have more quantity flooding the marketplace, but not quality, which remains at a premium.

Just a few thoughts about the festival, as things may be completely different next year, as I was jazzed about what the festival offered just one year ago.

I thought that this year’s CIFF was outstanding, with many worthwhile films, including a number that will likely be on my year-end “best” list. Indeed, I enjoyed virtually all 26 of the films that I saw.

Best of all was Cold War, Pawel Pawlikowski’s follow-up to Ida, one of the best films of 2013, and also shot in gorgeous Academy ratio black and white. Telling the story of a Polish couple on both sides of the Iron Curtain, the film traverses European history from 1949 to 1964. Besides outstanding performances by the lead actors and a compelling narrative, the film also features the best and most integral use of music that I have heard in some time, with the soundtrack ranging from Polish folk songs to jazz to kitschy Stalinist era anthems.

Shoplifters by Horekazu Kore-eda is the best of that outstanding director’s recent films, carrying through his concern with family relations as inflected by social class in a narrative about a highly unusual family unit.

My third favorite film, Happy as Lazzaro by Alice Rohrwacher, won the festival’s feature competition with the Golden Hugo. A magical realist fable of a “holy fool” character, the film ranges across a decade as it moved from the Italian countryside to Milan.

Watergate by Charles Ferguson was quite absorbing through its 4 hour and 20 minutes running time, and is surely one of the best documentaries of the year. Given the complexity of the case and large cast of fascinating characters, it could have been even longer. In the scenes using the famous tapes, actors play Nixon, Haldemann, and the others, which is initially a bit disconcerting, though one gets used to the actors in these scenes. There are also many new interviews with surviving participants, some archival interviews, and lots of news coverage from the period, including extensive use of video from the Senate and House hearings.

In regard to Mike Leigh’s Peterloo, I would note that my evaluation is generally higher than the critical consensus and I think that this is directly related to my experiencing film as a historian of Britain, who is familiar with the historical events that Mike Leigh brings to life so vividly. In general, reviewers tend to praise the opening Waterloo sequence and the depiction of the massacre at the end, which involves crowd and action scenes much more elaborate than the norm in a Mike Leigh film, while dismissing the bulk of the film as overly “talky” and full of political speeches. Familiar as I am with the historical context, I generally found all of this quite interesting and especially enjoyed the depiction of “Orator” Hunt as a prima donna.

A pleasant surprise was Benedikt Erlingsson’s Woman at War, an offbeat and charming Icelandic film that treats a militant environmentalist who, when she is not engaged in activism, is also trying to adopt a Ukrainian child. Especially pleasing was the very stylized and often amusing use of diegetic sound, as camera pans regularly to reveal a troupe of musicians.

Here is my complete list of films seen in approximate order of preference, with grades:

The other scores are listed here on a Google Spreadsheet
https://docs.google.com/spreadsheets/d/1-7JTssPM-Q9XQ1JCUlSsshuPVJ1PiFo9Bt3eyeCT668/edit#gid=189751299