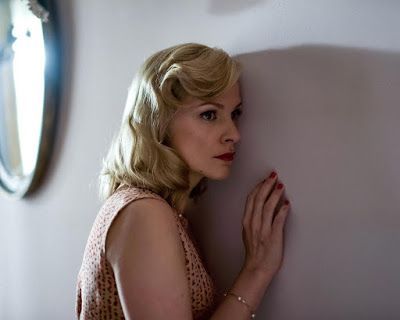 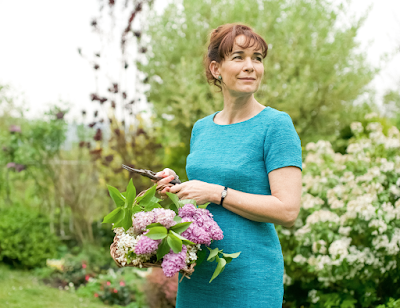 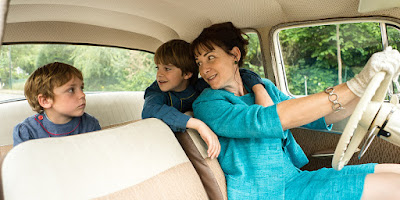 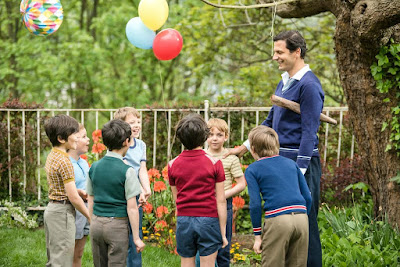 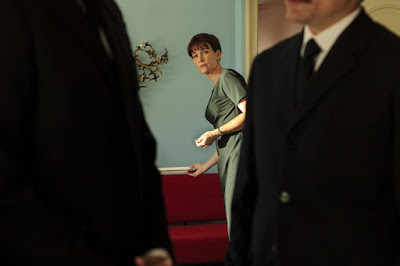 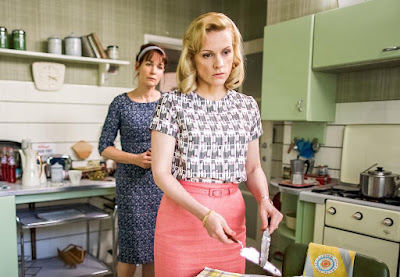 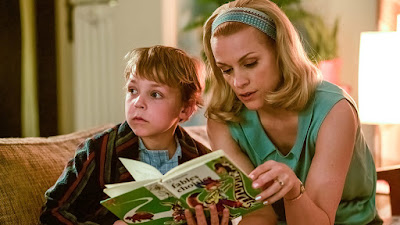 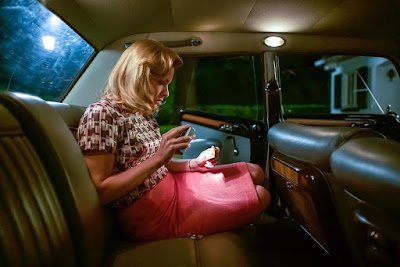 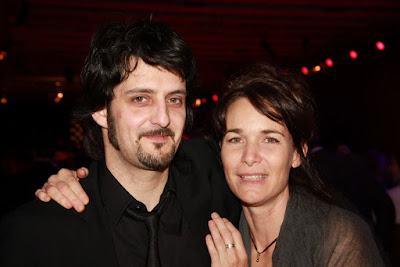 Not to be confused with the Rivette film by the same name, only singular instead of plural, this is what they used to call a woman’s picture, as one can imagine housewives addled with diet pills (amphetamines) in the 50’s and 60’s spending their afternoons gathered around the television glued to hysterically overdramatic soap operas like this one.  This heavily stylized film is all bluster and no bite, as it’s not really a commentary on a certain time or era, but instead relishes in recreating that lavish Sirkian look of close-ups and color palettes, heavy on artificiality and plot twists, using misdirection maneuvers to throw the audience off course, but delivers on providing a chilling atmosphere of paranoia and dread, though it’s pure entertainment and not social commentary.  Set in the early 60’s, inspired by a novel by Belgian writer Barbara Abel, but rearranged for the screen by the director and co-writers Giordano Gederlini and François Verjans, starring two remarkable Belgian actresses, next door neighbors Alice, Veerle Baetens from Felix Van Groeningen’s The Broken Circle Breakdown (2012), and Céline (Anne Coesens, wife of the director), best friends in the world, each with near identical husbands, Simon (Mehdi Nebbou) and Damien (Arieh Worthalter), and matching 8-year old sons, Theo (Jules Lefebvres) and Maxime (Luan Adam), who dig a hole between the backyard hedge that divides them for better access, living in perfect harmony with identical adjoining houses in the well-manicured suburbs of Brussels.  Creating a picture of unease right off the bat, using the swirling orchestral music of Renaud Mayeur and Frédéric Vercheval rising to hysterical heights, Alice can be seen spying out the window on her neighbor one morning, waiting until she leaves before rushing over and unlocking the front door with her own key, all looking very suspicious.  But when Céline returns, immediately noticing the curtains have been drawn, she opens them to a surprise birthday celebration in her honor, all arranged by Alice, of course, with viewers offering a smile, as they’ve been duped.  We quickly learn how close these two families are, yet the exaggerated artificiality on display is stunning, accentuating a kind of empty bourgeois extravagance, hair always in place, always dressed for a cocktail party, with obligatory drinks all around, basically ignoring the children, where the happiness feels forced and manipulated.  We get a glimpse of their respective personalities, as Alice is sensuously anxious, openly unsure of herself and filled with self-doubt, where you can read her mood on her face, while Céline is the picture of calm reserve, much more detached and orderly, rarely displaying even an ounce of emotion.

This is an era where success is defined by financial gain in a largely consumer-oriented society, where each suburban house is an audacious display of luxury and wealth, all supposedly contributing to the image of a perfect life.  What this film does is dissect that happiness, little by little, putting a strain on the marriages and friendships, adding personal conflict and tragedy, shattering that illusion, perhaps best represented by Richard Yates’ excruciatingly personal 1961 novel Revolutionary Road (made into a 2008 film by Sam Mendes) depicting a shattered portrait of the idealized 50’s male-centric marriage, one that disintegrates into marital dysfunction as it denies aspirations for women.  But this film inverts the message of that book, putting the women front and center, where they are the stars of the show, with their lives intensely scrutinized, representing the psychological breakdown of that perfect life, while the audience sits back and watches them melt and disintegrate when things start to go wrong, becoming macabre and grotesque, something they had not anticipated and were not prepared for.  The director toys with the idea of evil lurking in our midst, striking when we least expect it, catching us unawares, potentially destroying our lives, allowing for a brief recovery period before another assault begins.  It has all the trappings of a typical horror film, where the gentile politeness of the bourgeois class actually works against them, as they’ve been systematically trained not to question the status quo, but to conform to established norms, living that illusion of happiness, leaving them open and exposed, where reality can creep in.  The music, the garish look of the film, and the performances are all over-the-top, screaming artificiality, while the overly spoiled nature of one of the kids, Theo, is near diabolical at times, intruding into the more restrained adult world like a sledgehammer.  The overly stylish execution may look great, but the film feels slight, and might have actually worked better as a comedy, and may have a future as a camp classic because it eventually turns sinister, storming off the rails with aplomb, probably more Chabrol than Hitchcock, becoming a picture of morbidly acquired taste, as it’s probably not for everyone.

Things go wrong when Alice, from her backyard, sees Maxime stepping out of the 2nd floor windowsill of his home trying to reach something stuck in the gutter, seemingly unattended, screaming at him to stay still and don’t go any farther, rushing up the stairs to grab him, but it’s too late, as he accidentally falls to his death.   This event alters the family dynamic forever, as it’s a permanent stain in their relationship, with Céline giving the cold shoulder to Alice afterwards, shutting her out, ignoring her, leaving Alice feeling terribly guilty afterwards.  When she talks to her husband about it, he thinks she’s overreacting, that Céline is mourning the loss of her son and needs some time.  At the funeral however, Theo goes berserk when one of his stuffed animals is placed into Maxime’s casket and has a fit when he can’t take it back.  Unable to be consoled, they quickly exit the church to plenty of stares of disbelief.  Afterwards, Céline hands him back the animal along with all of Maxime’s toys, where his eyes light up like its Christmas.  Alice tries to talk with Céline to make amends, but she denies there was ever a problem, yet quickly regains her trust, though it still lingers in the back of her mind.  In no time, Alice suspects Céline of luring Theo out that same window as well, reliving that same moment all over again with her own son, screaming helplessly, but this time Céline is standing right in back of him, easily pulling him back to safety.  But this act infuriates Alice, knowing this was intentionally staged, using her son as a willing pawn.  Again her husband sees little to worry about as Theo is fine, but Alice grows increasingly suspicious afterwards, consumed with rage, reaching an absurd level of paranoia, even as Céline denies any malicious intent.  The film turns on whether or not Alice is imagining things, as she only grows more desperately unhappy and depressed, with her husband starting to worry about her deteriorating mental state.  Things only escalate, however, turning into a staged fright fest of Alice’s hysteric mood swings.  But it’s the director who has the last laugh, skillfully manipulating the audience into believing all is well, that peace has prevailed, before the fireworks begin again, this time far more extreme than anything we could possibly have imagined.  While it’s an edgy, overly stylized puzzle piece, the ghastly turn of events leave no one satisfied in the end.
Posted by Robert Kennedy at 12:12 AM